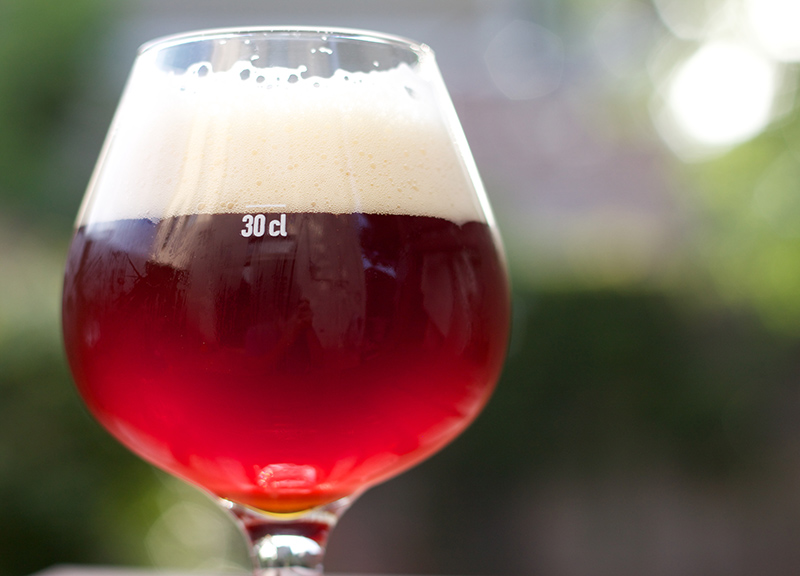 Peticolas' Velvet Hammer Packs a Mean Punch. And It's One of The Region's Best Beers.

This week, we sipped on Peticolas Brewing Company's Velvet Hammer.

Overview.
Velvet Hammer, in a lot of ways, feels like the venerable old war horse of the North Texas craft beer scene. It was one of the first local brews to gain a ton of popularity with beer nerds and the general public, and, years later, it just keeps marching forward.

For many of us, myself included, it was one of our first local loves. Boozy, packed with flavor and readily available in full pints (for better or worse), it was just the kind of beer you needed after a long day (or week) at work, when you just wanted to unwind with friends or when you wanted a beverage that would hold up to full and richly flavored foods.

Years later, it’s interesting to see how this beer holds up in the face of increased local competition.

Background on Specialty Beers.
As with other similar Red Ales we've reviewed, Hammer technically falls more in line with the Specialty Beer category than anything else. Because of this, the brewer has a lot of latitude and freedom for creativity, and can focus on creating a beer that might not perfectly adhere to a particular style, but can still be an exceptional product.

Appearance.
This local brew pours a deep, slightly hazy ruby amber with a very thick, frothy and bubbly off-white head. Make sure you hold this up to the closest light source to really appreciate its color. Also, notice how the head slowly fades and laces beautifully down the sides of the glass.

Aroma.
IPA (India Pale Ale) lovers will find a lot of familiar scents in this beer. It's almost like a cross-breed between the hop-forward, citrus and pine notes of the American Pale Ale family with the malt-forward, nut, caramel, chocolate and slight biscuit notes of more English-style ales.

Flavor.
Velvet Hammer packs a wallop of flavor that hits you in all directions. At first, there's intense bitterness with more pine and earth notes. Following that sucker punch comes a swift kick of sweet caramel, chocolate and brown sugar malt. The finish is smooth and dry with the ever-so-slight burn of alcohol on the back of the tongue — just enough to remind you of the beer's hefty 9 percent ABV. And, throughout all of these seemingly contrasting flavor elements, the beer stays remarkably balanced, if not a tad hop-forward.

Mouthfeel.
This one's got a medium to medium-heavy mouthfeel, with medium levels of carbonation.

With all of the expansion happening in the North Texas beer scene of late, it can sometimes be easy to forget the once-beloved flagship beers that served to prop up the nascent local market and pave the way for the latest beer aficionado's shiny object. But two years into operations, Velvet Hammer remains one of Peticolas Brewing Company's top beers — and one of the marquee representations of the quality and excellence found in North Texas brewing.

Score.
On a scale of 1-10, I give Peticolas Brewing Company Velvet Hammer a full 10. 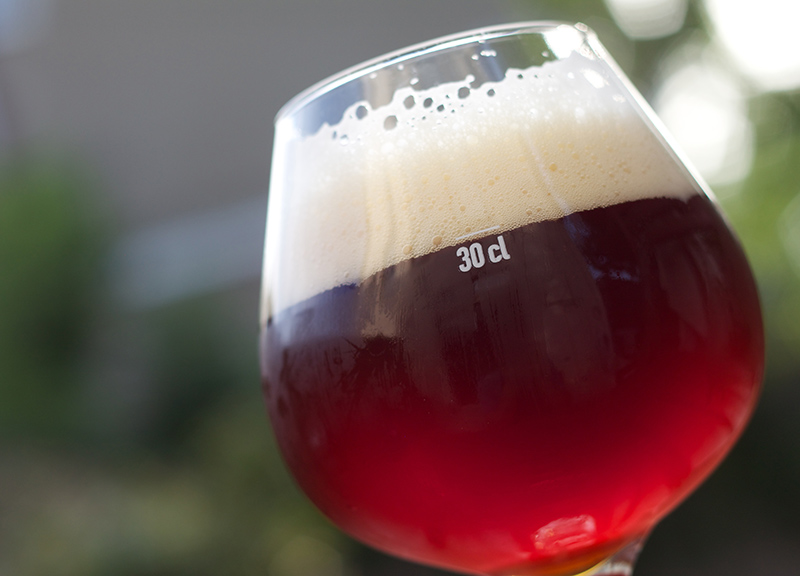 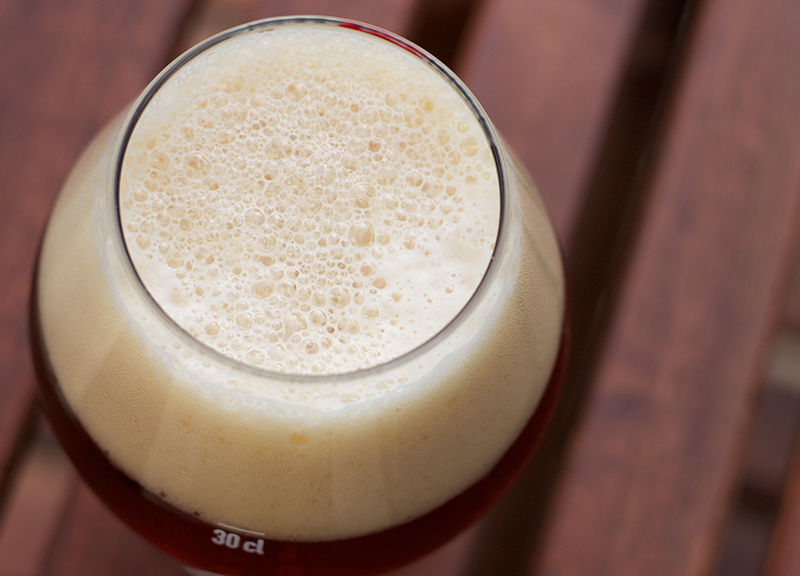 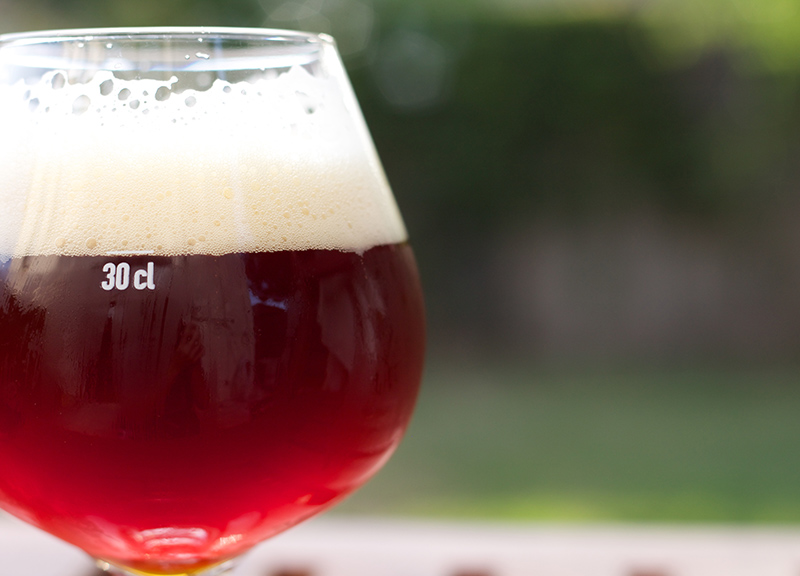 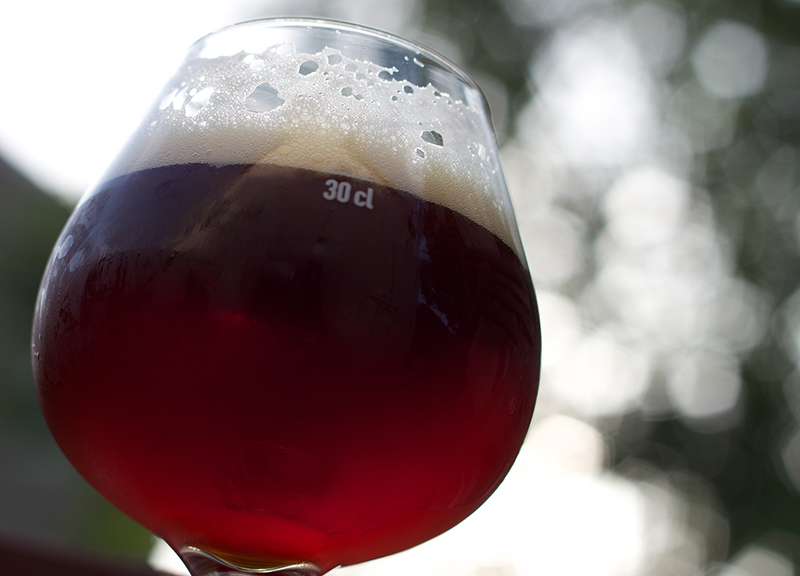