On Tap: ODD Muse Brewing Company’s Opulence (We Has It). 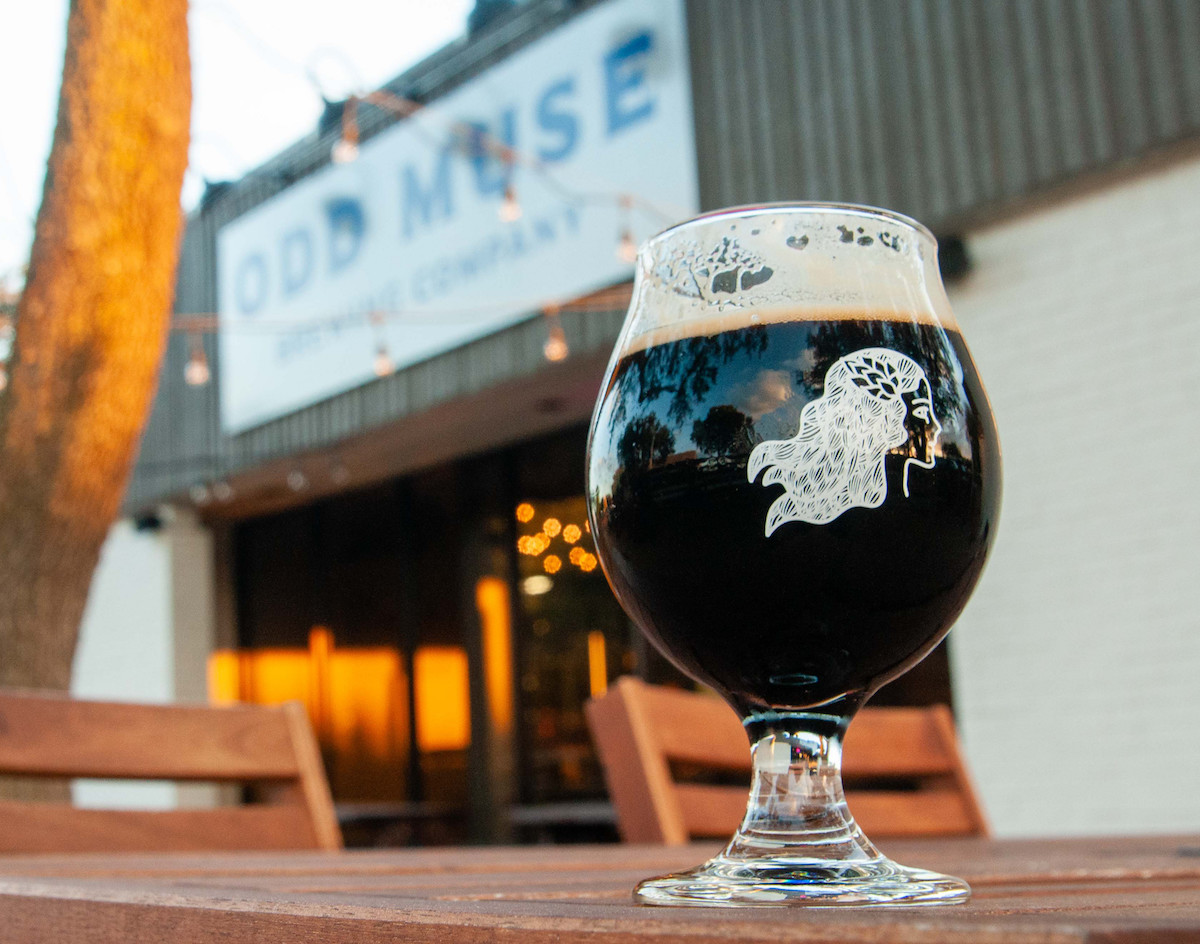 A Rich, Complex, Russian Imperial Stout Is Just What You Need For A Cigar And Great Conversation On The Patio — And If You’re Feeling Opulent.

This week I sipped on Opulence (we has it) from ODD Muse Brewing Company.

Fast Facts about Opulence (we has it)

Considering everything that has happened in the last 2 years, ODD Muse Brewing Company in Farmer’s Branch has got to be excited to be coming up on its second anniversary. No business plan in the world has contingencies built in for a near total lockdown of social gathering a mere 4 months after opening, and yet, that is what ODD Muse faced in March of 2020 after opening the previous December.

The brewery’s participation in the Black is Beautiful beer movement, started by San Antonio’s own Weathered Souls Brewing Co., is what first brought it to my attention. ODD Muse was the closest brewery to me to join in and brew a beer in the name of the BLM movement. To say that I was impressed with the conscience shown by a new, small brewery that had to be struggling by not being able to open its taproom, would be an understatement.

Fast forward to this week when I finally got a chance to personally enjoy a fresh cold one in the ODD Muse taproom for the first time and, well, let’s just say I might still be impressed. 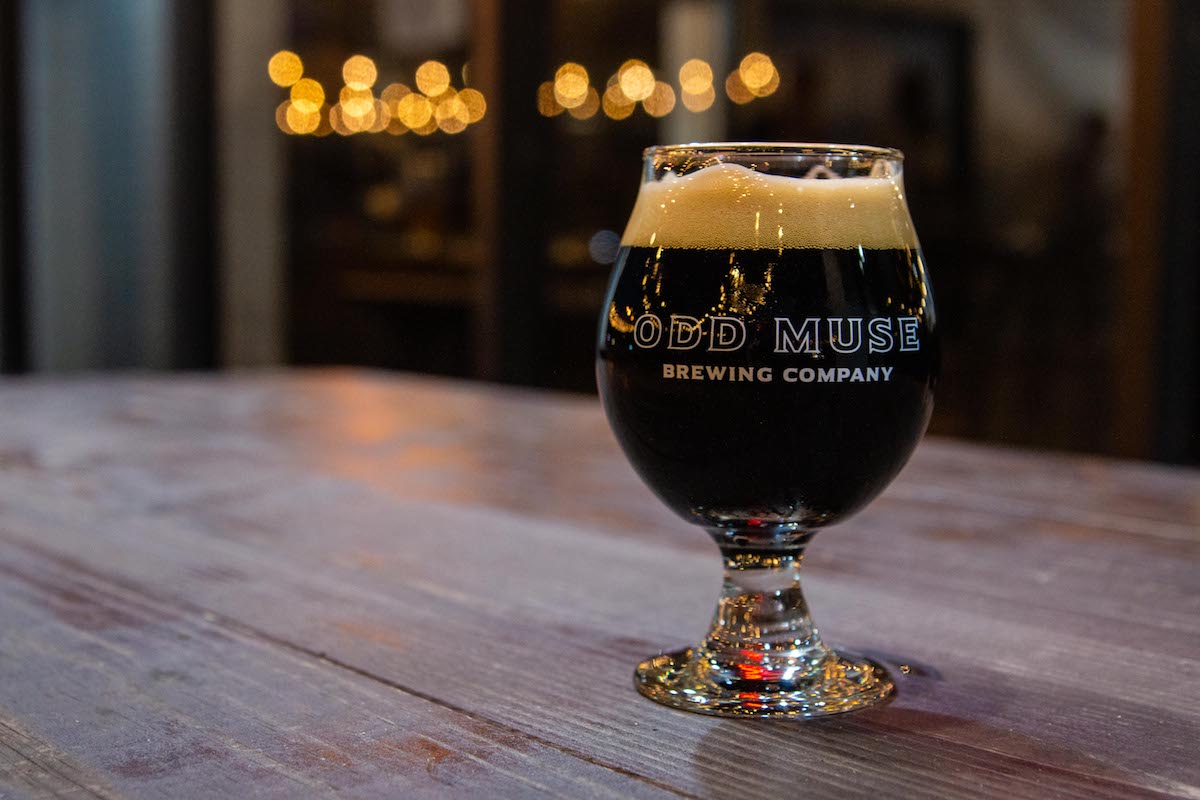 Imperial stout, like all modern stouts, has its roots in English Porter. The “imperial” version of what was then stout porter was supposedly brewed to export to Russia where the strongest versions of this roasty beverage were popular. Legend has it that even Catherine the Great was a fan. The lore behind this style is, in fact, so much associated with Russia that it is often called Russian Imperial Stout and given names like The Czar (Avery Brewing) and Old Rasputin (North Coast Brewing).

Beers of this style should be rich and complex with an intense emphasis on roasty and burnt-like aromas and flavors. This can be accented with a host of additional darker notes like coffee, toffee, caramel, and dark fruit flavors like plums and prunes. Imperial stouts are typically an opaque black in color with a rich tan head. All in all, it’s a distinctive style in nearly every way.

Opulence is everything one expects visually in an Imperial Stout. It pours inky brown-black and opaque with a thick, tan stand of foam that shows better than average persistence. This beer carries a certain heft noticeable to the eye and is honestly unmistakable for anything other than what it is. Even the head, with its large bubbles mixed in with mostly fine, densely packed smaller ones, speaks of weight. As it dissipates it leaves behind a fine lace on the glass as though trying to hold its place. This beer is a visual delight. 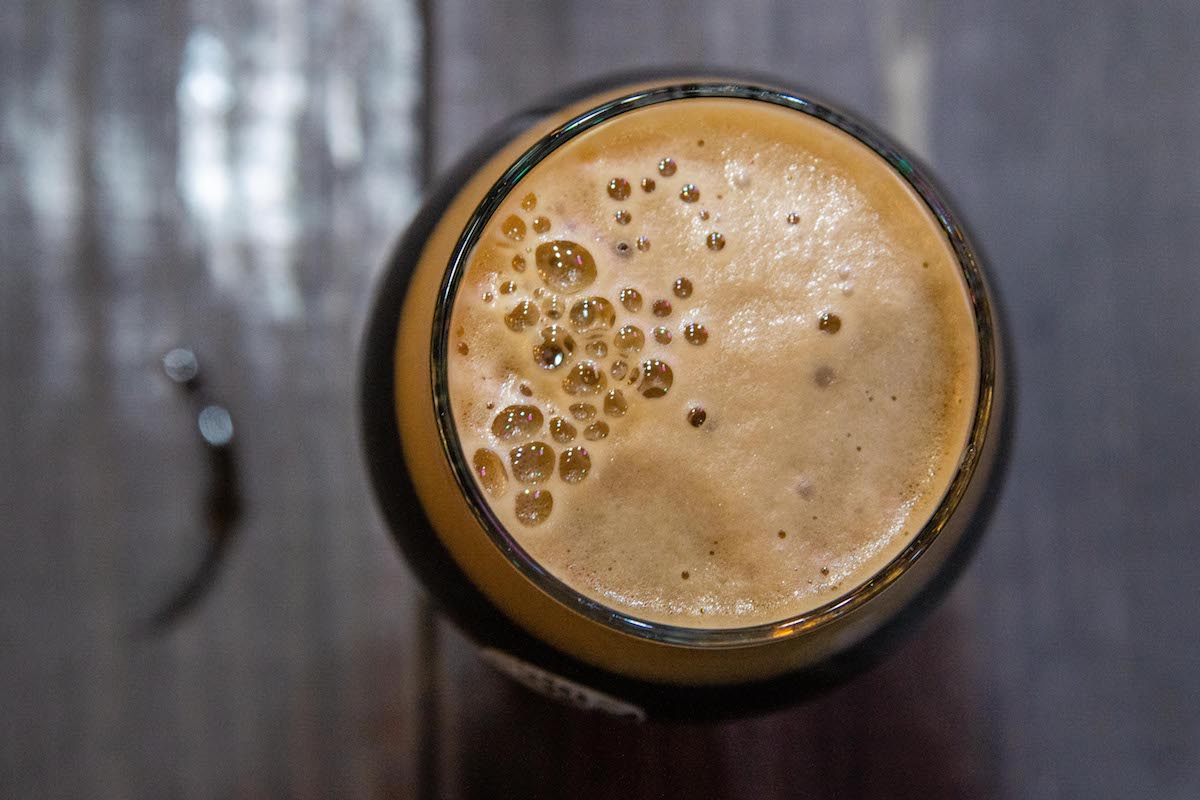 Stick your nose in the glass and you are greeted with roasted grain, coffee, and perhaps a bit of dark chocolate. Swirl the glass and a bit of fruit is revealed in the form of plums and raisins. While all these aromas carry the complexity I expect in the style, they lack the intensity I’m looking for — presenting themselves subtly, almost shyly, when compared to textbook examples which are usually bold in terms of aroma.

Opulence is rich on the tongue and presents with an intensity closer to what I expect in a beer of this style. Roasted and burnt grain flavors dominate and give this beer its bitterness. This is backed up with coffee, dark bread and suggestions of dark chocolate. The medium-long finish tends toward that of black coffee with hints of malt sweetness but remains semi-dry.

Opulence is semi-full bodied without being syrupy and moderately smooth but lacking the thick, near chewy feel of the hallmark beers of the style. There is a bit of warming from the alcohol, but its less than I expect in a beer of this strength, however, the alcohol gets more obvious on the tail end of the finish in way that detracts just a bit.

Opulence is big beer and well suited to standing on its own. Think of this as a possible replacement for your after-dinner cup of coffee. It will also do very well as beer to pair with a cigar and great conversation out on the patio.  Food wise this is going to require a robust dish. Think gamier red meat off the grill, something like buffalo steaks with baked potatoes. It will also go well with heavier deserts like a pecan pie.

I was mostly impressed with Opulence (we has it) and will be recommending it to my Russian-Imperial-Stout-loving friends. It checks most of the boxes for me where this big, demanding style is concerned. It’s rich and roasty with an amazing color while hitting the salient points for flavor and aroma.

I’d like to see a bit more aggressiveness and intensity with both the aroma and flavor, though. This beer is something like the gentle giant we all knew in high school, the guy who was really quiet and came across as a bit slow, not because he really was slow but because he was afraid that he might hurt someone. This beer style should be fine putting a mild hurting on folks.

Still, kudos to ODD Muse for dropping an Imperial Stout in a town that seems more interested in milk stouts. This is a great local example of big style and very representative of the quality I’ve experienced from this gem of a brewery in Farmer’s Branch. 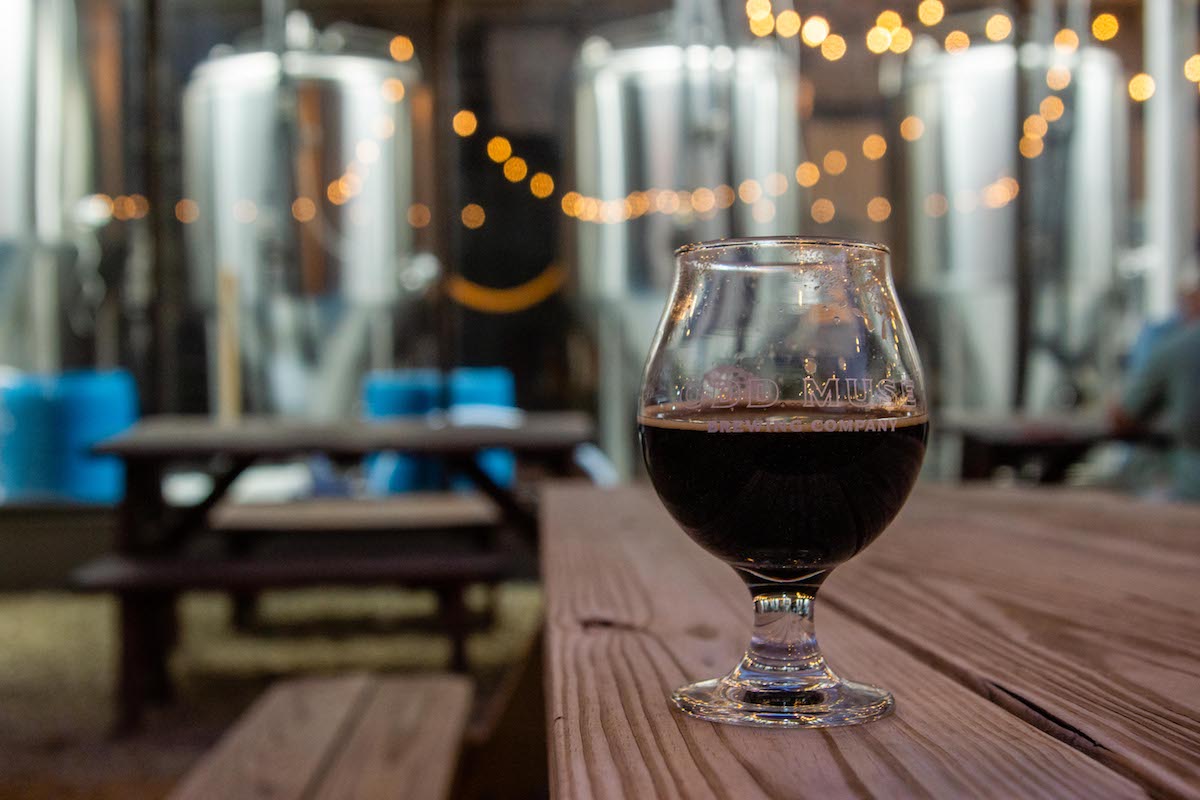