[Review] ‘In The Heights’ Tells A Tale Too Often Untold. 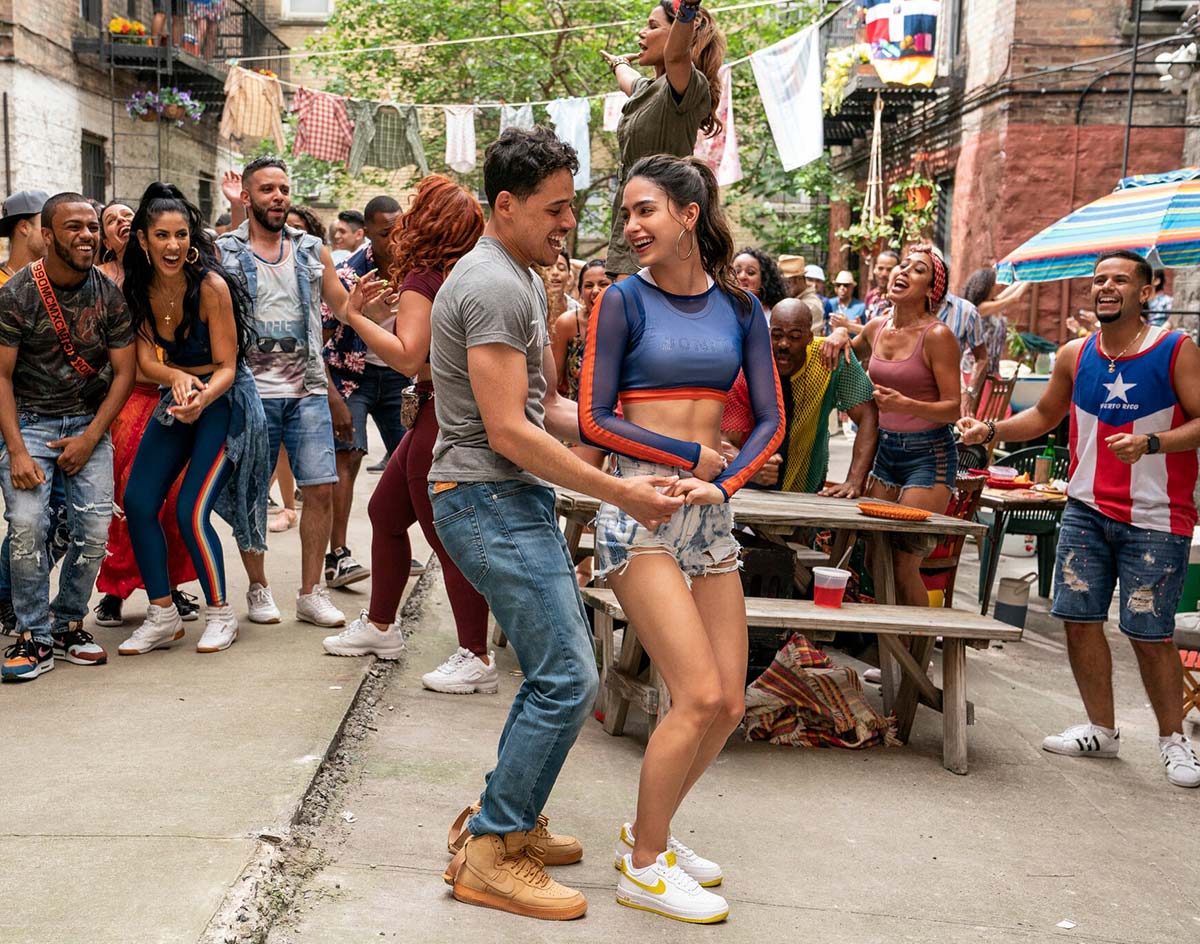 Among Vibrant Songs And Settings, The Hollywood Adaptation Of The Hit Broadway Musical Brings Necessary Light To One Corner Of American Experience.

I hate to use the often-overused Roger Ebert quote that “the movies are like a machine that generates empathy,” but it was the first thing that sprung to mind when I saw the film adaptation of the Broadway hit musical In The Heights.

That’s exactly what the film — and the stage show before it, no doubt — does as it tells the story of a shifting block within New York City, its residents and the lives they lead.

For Crazy Rich Asians director John M. Chu, In the Heights feels like the culmination of all his prior work — including the outstanding Step Up franchise (of which the now-on-Hulu Step Up 3D is the best) as well as his more action-oriented output on such films as GI Joe: Retaliation — and, OK, it doesn’t hurt that it’s musically set to some serious jams.

The movie hits the ground running with energy and, much like its namesake Manhattan neighborhood of Washington Heights, it loudly and messily (in a charming way) ebbs and flows from there. Set in the summertime, the film follows lead character Usnavi (Anthony Ramos) — first while sitting on a beach and telling a group of kids surrounding him the stories of his own childhood neighborhood while championing the importance of never forgetting the past. That alone is an interesting choice, as the stage production does not have this set piece, which is partially the cause for a few changes in the story and song placements.

But those alterations are in the capable hands of Chu, who directs the hell out of this film by adding stylistic flourishes that would be impossible on the stage. In turn, he creates an almost magical realism version of the source material, one in which people can walk on the side of a building or where a subway ride can somehow tell a person’s whole life story.

As Usnavi regales the kids with stories of his neighborhood, we hear of his life running a bodega left to him by his parents. His store, while charming, is always in the verge of breaking down — especially as the summer heats up. But Navi has his friend Benny (Corey Hawkins, charming as ever) and cousin Sonny (Gregory Diaz IV) as constant companion through his life and work’s ups and downs, and they provide a lot of the goofy humor and slapstick vibes to Navi’s more straight-laced demeanor. At the same time, Navi’s trying to get the courage to ask out Vanessa (Melissa Barrera), a hair stylist and aspiring fashion designer, before he moves back to the Dominican Republic.

Why the move? Well, after years of scraping pennies together Navi finally had enough money to buy his late father’s old bar in the DR. While that building too has its issues, having been ravaged by hurricanes and general disrepair, that won’t stop Navi from doing all he can to revive his dad’s legacy — even as the neighborhood he’s called home for so long starts to prove itself as having a stronger pull on him than he realized, despite the constant gentrification within its quickly changing environment.

The rest of the movie is rich with amazing Latinx actors and various storylines that weave in and out as Navi’s departure quickly approaches. Even better is the fact these actors are simply playing people instead of gangsters or some other lame stereotype. (It’s feels like it’s worth pointing out that the few white actors in the film play cops.)

Still, the themes of gentrification and the overwhelming forces against minorities hit hard on so many levels. Ultimately, though, this movie feels triumphant in the face of those elements.

Is it perfect? Absolutely not. The running time is a tad bit long, and certain plots (such as Lin-Manuel Miranda’s extended cameo as the piragua guy) making the movie feel overstuffed. But there’s a lot of positives at play here — especially for a move that many might approach on the surface as some sort of Hamilton Light. While there are hints of stylistic flourishes in the music that also appear in Hamilton, this story is far more about feelings and vibes than Miranda’s more-brainy Broadway follow-up proved to be.

Just the fact that there is a Dreamer plot inserted into the movie — no matter how small it might be — is hugely important in terms of lending visibility to a big political issue that still impacts thousands of people in a way most can’t even imagine.

That’s where this movie’s true strength lies. It allows its audience to slow down and really take a look at the personal and cultural toll that things like gentrification — its own form of institutionalized racism — can have on communities. It reminds us that, for every neat Chipotle or Starbucks in some area of town, there’s also the story of a small business trying to do its best against insurmountable odds.

Dallas locals only glance in the direction of the Bishop Arts District’s changes throughout the years to relate. Or perhaps the north Dallas suburb of Richardson, where many small businesses are being pushed out as part of a master plan to renovate its downtown area. And honestly? The less we say about everything Deep Ellum has endured, the better.

Essentially, In the Heights is about finding a home, and as moviegoers (who hopefully are vaccinated) start coming back to theaters, they’ll be reminded of that warm fuzzy feeling that places of comfort provide.

But the film is far more than just an excuse to get back into theaters. Now, with this film joining a resume of other films in which he does the same, Chu is cementing his place as a filmmaker particularly skilled at crafting empathetic vehicles for overlooked (and too frequently stereotyped) minority stories.

In Chu’s hands, such tales truly resonate. Especially so on the big screen.