[Review] Nic Cage Stays Weird With ‘Color Out of Space’. 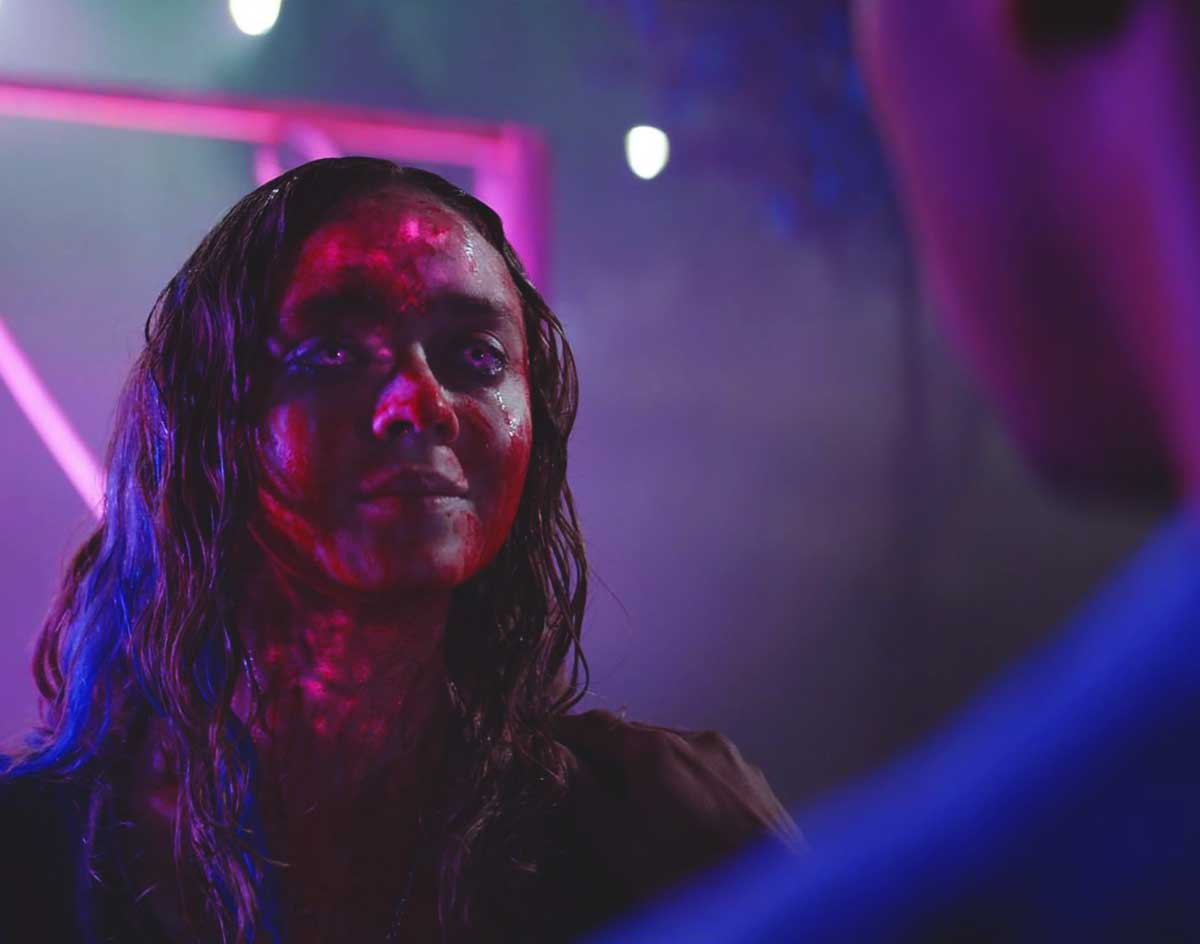 H.P. Lovecraft Would Likely Hate This Latest Film Adaptation Of His Work — And, To Be Perfectly Honest, That’s A Big Part Of What We Love About It.

H.P. Lovecraft is easily one of the most influential racists in the world of science fiction.

Like, never mind the dude’s wrongheaded and ignorant views; nerds worldwide still choose to separate the art and the artist if it means getting a dose of his cosmic horror flavoring.

At this point, this wild scenario is so out of control that if feel like any time a H.P. Lovecraft adaptation is even mentioned in hush-hush Hollywood pitch meetings, movie blogs begin to salivate. This situation perhaps most famously came to pass two years ago when it was announced that Academy Award-winning director Guillermo Del Toro was set to direct an adaptation of Lovecraft’s In the Mouth of Madness with Tom Cruise.

While that project mires away in limbo, audiences are now instead being fed a somewhat lesser option: This weekend, art house theaters around Dallas will begin screening Color Out of Space, the Richard Stanley-directed and Nicolas Cage-starring adaptation of the Lovecraft short story of the same(-ish) name.

Changing the source material some to fit his own narrative, Stanley’s story centers around a terrifying breakdown of reality and the tight-knit family that bears witness to it all.

In the film, Cage plays Nathan Gardner, whose alpaca farm serves as the story’s main setting and whose family rounds out its cast of characters. Nathan’s wife Theresa (Joely Richardson) has just recovered from breast cancer, his son Benny (Brendan Meyer) is a goofy stoner and Lavinia (Madeline Arthur) is so into witch culture that she’s even casting spells when audiences are firs introduced to her. Added to the mix is Ward (Elliot Knight), a hydrologist who is surveying the area and its mysterious waters.

When a meteorite that emits a strange shifting purple light crashes into their house, the Gardners’ world begins to change rather uncontrollably. First, things shift subtly, like random flowers popping up around the yard. In time, things escalate to include time-shifting, hallucinations and even some bizarre body horror.

While the movie itself is a trippy delight filled with all sorts of haunting imagery, Color Out of Space does suffer a bit from feeling like a mash-up of other classics from within or adjacent to the genre — touchstones such as The Thing, Cage’s own Mandy and even Annihilation, for which this film could in many ways serve as a prequel.

In a recent post-screening Q&A hosted at the Alamo Drafthouse, Stanley mentioned that his goal with the film was to find the beauty in horror. He certainly succeeds on that front: The movie begins with beautiful stills of spooky nature, all set to an off-screen narrator telling tale of horrors from long ago. Towards its climax, the movie becomes awash in neon hues of purples and blues that represent the shifting dynamics of reality as the unknown force antagonizing our leads continues to take hold of their environment.

Ultimately, though, it’s the quiet moments between the family members that make this film sing. In one early scene that rings real, Theresa and Nathan share a flirty chat about how attracted he remains to her after all of their years spent together, Meanwhile, siblings Benny and Lavinia constantly sling insults at and tease one other. Moments like these are key to giving the film’s characters weight; they heighten the horror and sorrow as the family’s troubles worsen, and it’s fascinating to see how each of the family members handles the difficulties thrown their way.

Glossy with its beautiful visuals and riveting thanks to its crazy story, Color Out of Space is a definite must-see on the big screen.

Better yet, it sounds like there’s more of the same coming down the line: At his Alamo Q&A, Stanley teased wanting to film a Lovecraft trilogy, with The Dunwich Horror hopefully coming next.

Just don’t expect Stanley’s take on Lovecraft’s material to be too true to the source. In the end, the real hero in Color Out of Space is a black man — a choice that would surely have Lovecraft spinning in his grave.

For that reason alone, Color Out of Space is an effort worth supporting.