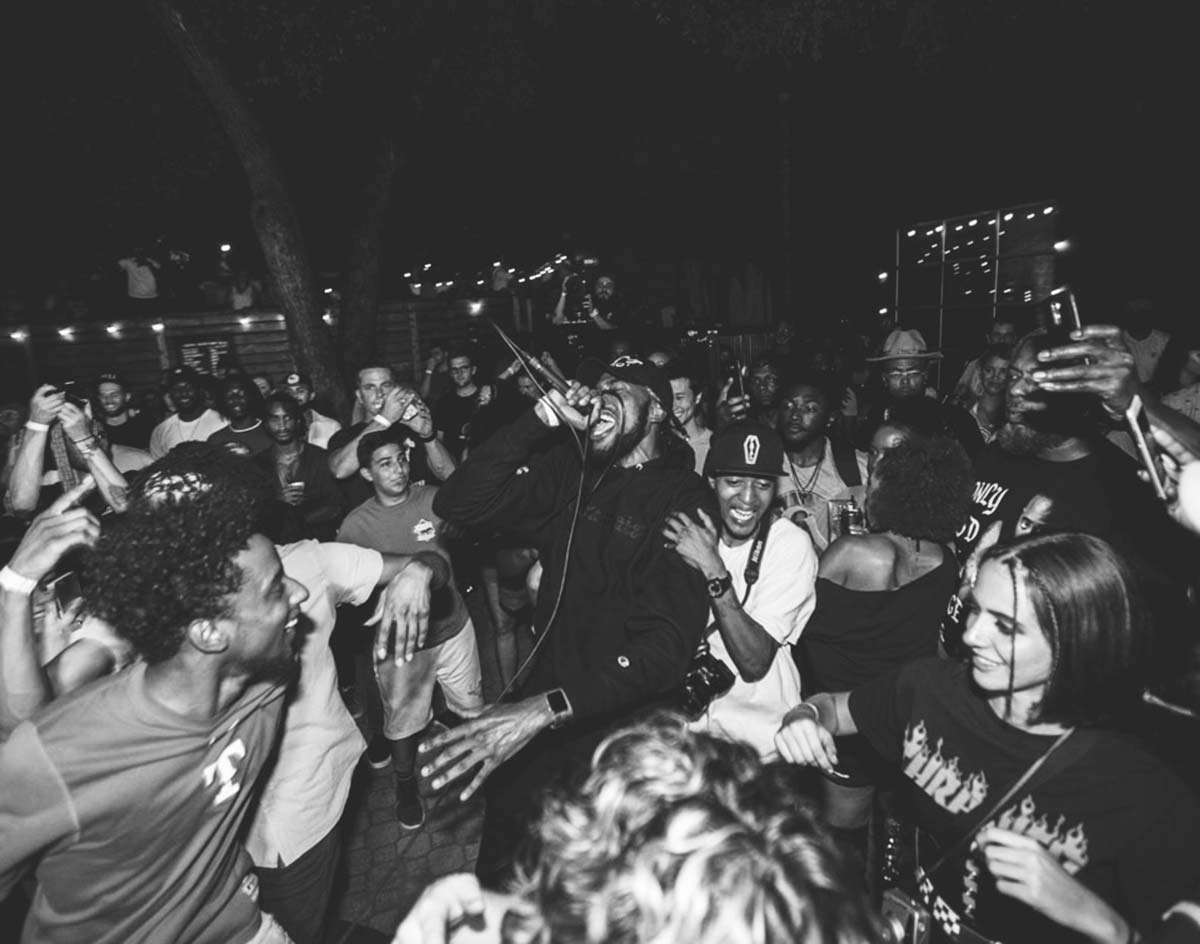 The Raspy-Voiced Pleasant Grove Emcee’s Latest Collection Was Compiled In Just Seven Days — But You’d Never Know That From The Way He Eats On It.

Its genesis was apparently something of an experiment on the part of the artist. After receiving a collection of beats from Rick Ross producer Black Metaphor, the criminally under-recognized and raspy-voiced Rikki Blu challenged himself to record an album’s worth of material on top of the beatsmith’s offerings. The Black Tape bears the fruits of that labor and, on the whole, it stands as a release that sure sounds like it felt longer than seven days to congeal. Credit that to the impressive marriage of Black Metaphor’s sample-heavy, tinny bases with the headliner’s dexterous lyrical stylings.

Frantic and collected at once, the song is, in many ways, a fine example of The Black Tape‘s stated mission, which is to say it boasts staying power in spite of its intentionally rushed aesthetic.