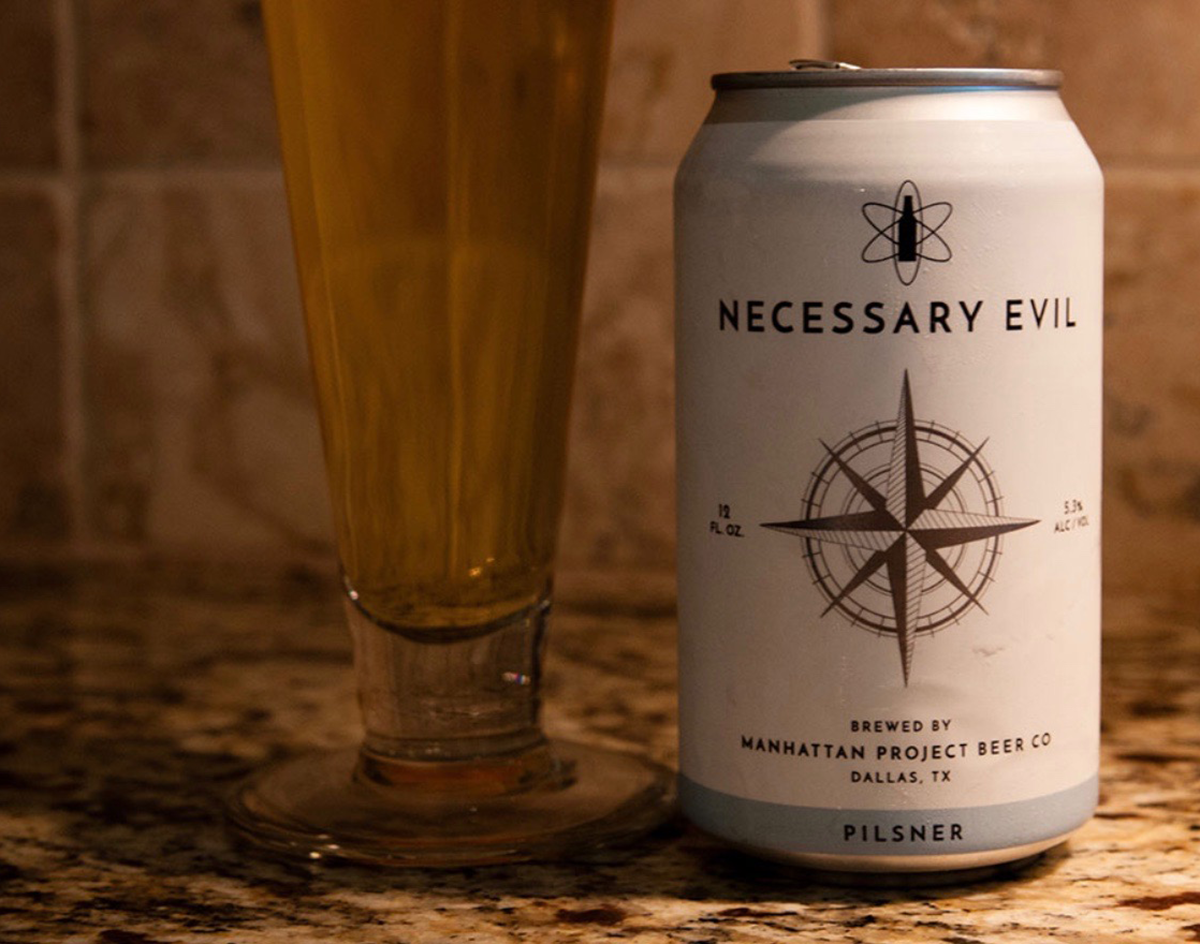 The Republic Of The Marshall Islands Is Asking That Manhattan Project Beer Co. Stop Naming Its Beers After References To Nuclear Tests Held In The Pacific.

The Dallas-based Manhattan Project Beer Co. is facing backlash for naming one of its beers Bikini Atoll, after the region in the Marshall Islands that was used for nuclear testing throughout the ’40s and ’50s.

Last week, a petition created by Bucky Taotaotasi surfaced online to stop the sale of Bikini Atoll, stressing the insensitive nature behind its name — which, frankly, can be said of the brand’s entire line of beer, which includes such atomic bomb-referencing names as Particles Collide, Hoppenheimer, 10 Nanoseconds, Half-Life and Plutonium-239.

At the the time of this writing, the petition has earned 4,980 online signatures.

So, you might be asking yourself: All of this over the name of a beer?

“This would be like naming a beer Sandy Hook, El Paseo [sic] or any other place that went through gun violence,” one of the petition’s signees commented.

Because the testing at the Bikini Atoll site had next to no effect on most immediate U.S. residents, Manhattan Project’s beer names have not historically raised the eyebrows of unsuspecting stateside beer drinkers. But, for the people native to the region, the names have become a representation of an ugly, tragic part of their history.

“We have tried to explain how the naming of this beer after a human tragedy is insensitive at best,” the petition states. “And we have been ignored.”

Well, ignored until last Tuesday, that is. Following a rash of social posts criticizing the brewery, that’s when Manhattan Project released a statement — albeit one barren of any discernible apology.

“Through our brand and naming, we are creating awareness of the wider impacts and implications of the United Sates’s nuclear research programs and the pivotal movement in world history that is often forgotten,” the brewery’s statement reads.

The statement does not mention that the brewery is, of course, profiting off its beer sales. Instead, it notes that the brewery has “received significant harassment and death threats” while also failing to mention that people still cannot inhabit parts of the island chain due to the lingering radioactive effects of U.S. hydrogen bomb testings, which included the explosion of a bomb with at least 1,000 times the power of the one dropped on Hiroshima.

As such, the brewery’s haphazard apology — and its refusal to comment any further — provoked a letter from Jack Niedenthal, Secretary of Health & Human Services for the Republic of the Marshall Islands.

“All of our families can tell a personal cancer story that often times can be traced directly to the nuclear testing period, my family included,” Niedenthal wrote in his statement. 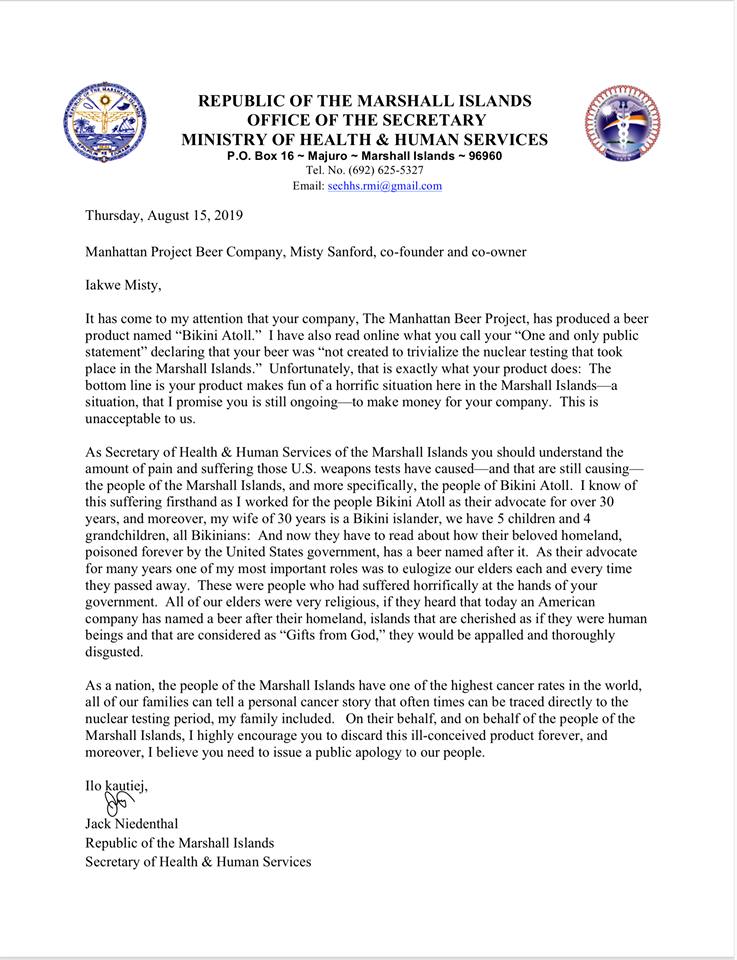 We here at Central Track will admit to only recently becoming aware of Manhattan Project’s insensitive naming practices. Throughout the run of our On Tap beer review column, we have reviewed two separate releases from the brewery —Plutonium-239 and Necessary Evil — and given them mostly positive feedback. Until being inundated with Twitter mentions last week that alerted us to the fact that Necessary Evil’s name was likely a reference to the name of the plane that filmed the Hiroshima bombing, we’d naively assumed it was a tongue-in-cheek reference to the fact that the brewery just had to brew a pilsner in order to satiate market demand.

It seems, however, that other area beer aficionados aren’t so willing to admit their own lapses in judgment. In the wake of all this controversy, a second petition has been launched to help Manhattan Project distribute its beer to the Marshall Islands. Alas, at the time of this writing, this second petition only has 125 signatures.

An earlier version of this story mistakenly identified Necessary Evil as an IPA. We regret the error. Cover photo of Manhattan Project Beer Company’s Necessary Evil by Bob Floyd.