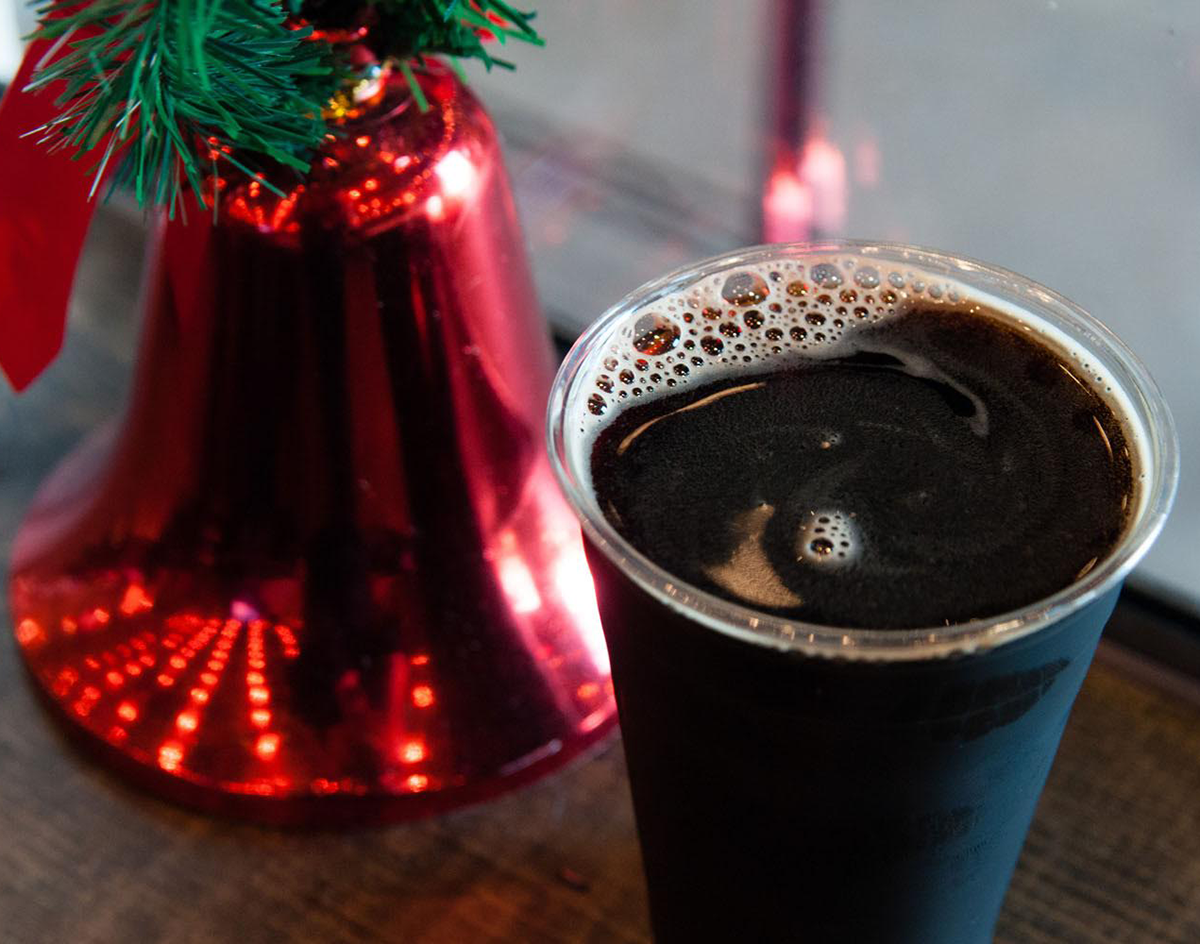 With A Taste Like An Iced Coffee Mixed With A Little Cocoa Powder, This Imperial Sweet Stout From Three Nations Brewing Co. Has Us Devout In Our Love For It.

This week we sipped on Devout (Mexican Chocolate) from Three Nations Brewing Co.

Overview
Three Nations Brewing Co. is thriving, and all you need for proof is to visit the new digs it just moved into in Carrollton right off I-35. In fact, it even still has that new brewery smell. The new place is significantly larger than the former location in an industrial part of Farmer’s Branch and looks to provide room for future expansion. It also features easy walking access to a number of restaurants, and is a comfortable walking distance to the Carrollton DART station. There is plenty of space for visitors as well, with two distinct seating areas inside and a large open-air beer garden that is great when the weather isFor more on Three Nations see our review of Texas Gold Chili Lime.

Background on Sweet Stouts
Sweet stouts are medium to full-bodied beers with less emphasis on the roast flavor and more sweetness than other styles of stout. The sweetness comes from the use of lactose – an unfermentable sugar used by brewers – which contributes to the overall mouthfeel of this style. For a primer on sweet stouts with some fun historical facts, see our review of Brutal Beerworks’ Mother Heffer.

Appearance
Devout (Mexican Chocolate), or DMC, is a deep, dark brown in color, verging on black – in fact, it is hard to tell which it really is in anything less than bright light. It looks heavy and thick in your glass, and dare we say one might even mistakenly wonder why you were poured a glass of thin motor oil. It starts with a heavy layer of a tan, fine-bubbled foam that all too soon withdraws to a thin ring circling the inside of the glass. The foam tries to lace the glass early on, but as the head recedes so do these efforts. 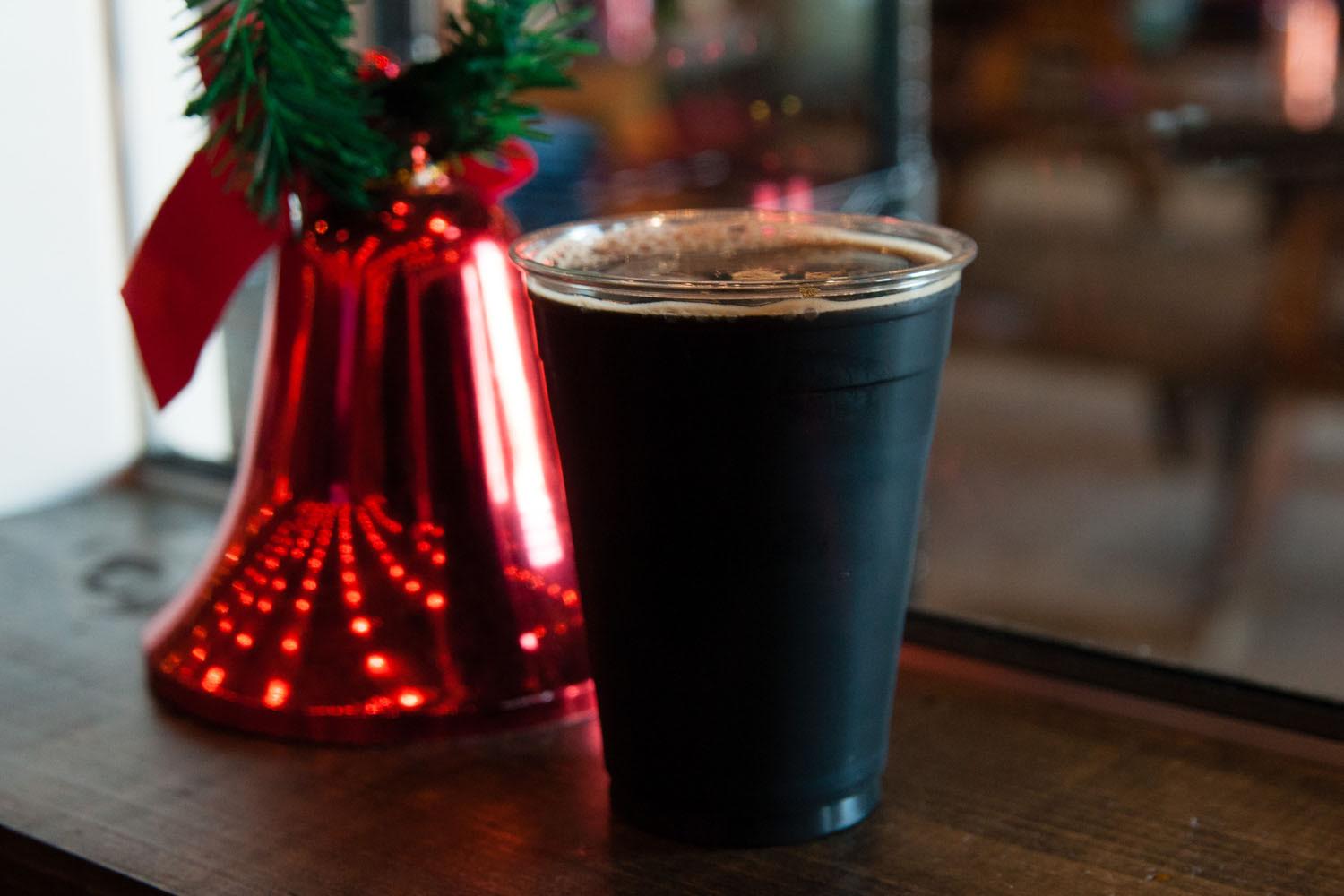 Aroma
The rich aroma given off by this beer is a chocolate lover’s nirvana. When the beer is cold, DMC completely lives up to the chocolate in its name with an almost overpowering assault on your olfactory senses. It isn’t sweet though. No, this is baker’s chocolate, so don’t expect anything like unwrapping a Hershey bar. While the chocolate is dominate there is also coffee, mocha, toffee and hints of something vanilla-like. It will need to warm up a little to present all these things, which might be an issue for some, as waiting for that to happen can be incredulous.

Flavor
Imagine an iced coffee mixed with cocoa powder and just a hint of cream – that is what you are getting here. DMC is a marriage of chocolate and dark roast coffee, which works really well. Milk stouts are said to be sweet, but that is only in comparison to other stout styles, and this one presents as more bitter. There is some sweetness but it only appears when you inhale over your tongue following the swallow. It’s a great trick and makes a fun counterpoint to the bitter finish.

Mouthfeel
DMC is smooth and of thinner viscosity than it tastes or looks. Even so, this beer is full bodied and fills the mouth. The carbonation level is medium and contributes to the thinner feel. Don’t let the 25 IBUs fool you either — this is a bitter beer. Such bitterness is due to the roasted malts and unsweetened cocoa used in brewing it, though. It isn’t grippy on the tongue or cheeks like some stouts but does leave a bit across the back of the tongue. The finish is medium-long. 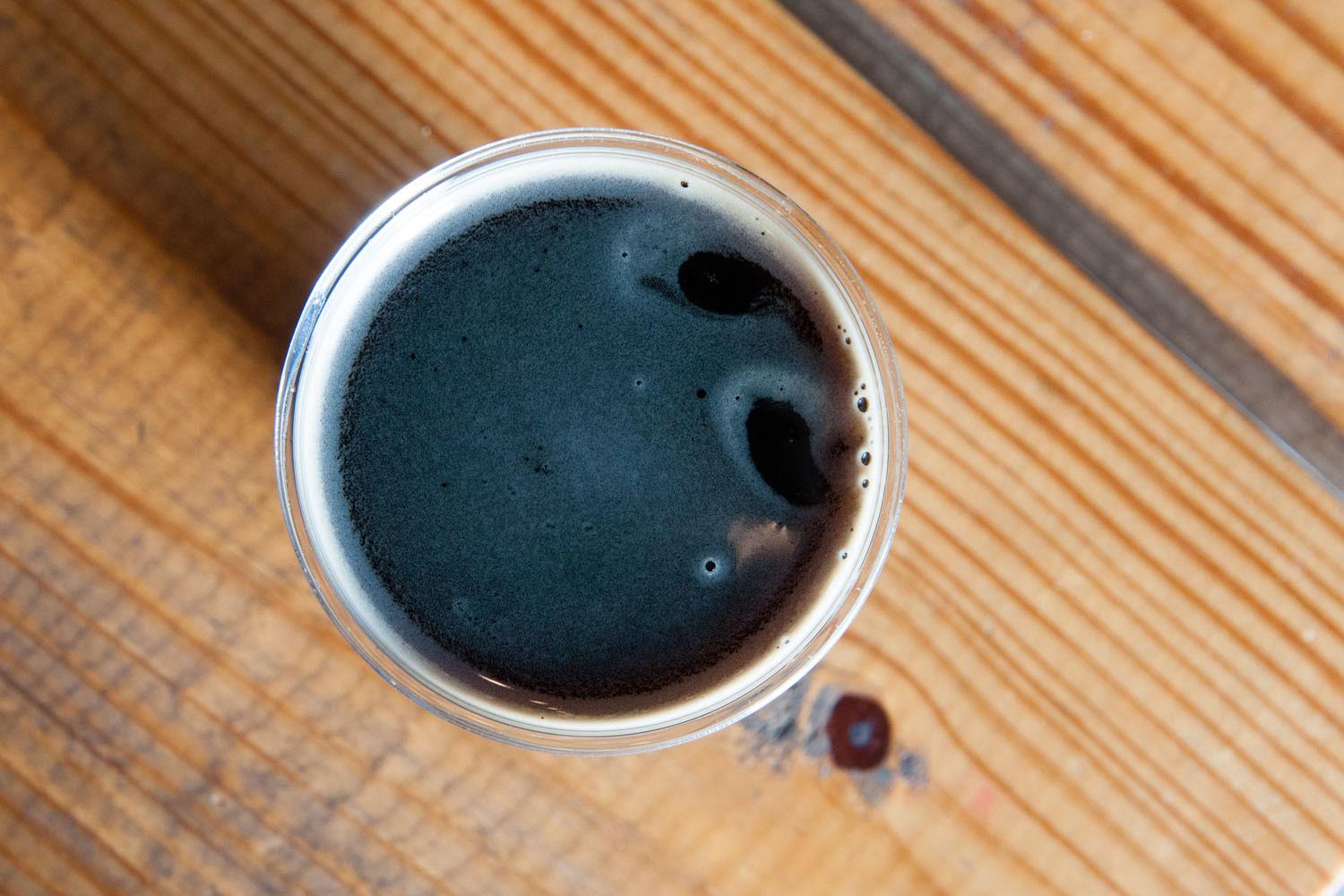 Pairing
Devout (Mexican Chocolate) isn’t an everyday kind of beer, so it won’t work with everyday kinds of food. Dessert is the obvious choice here and we will get there in a minute but first let’s hit the main course, where there are some interesting options. When it comes to meat, think gamy. Wild boar works well with chocolate flavors, so try a boar burger on a brioche bun. Instead of traditional condiments though, try an aioli made with a splash of the beer itself. Another great pairing would be anything Tex-Mex with a mole sauce; maybe enchiladas. The chocolate in both the beer and sauce will work together as a like-for-like pairing while the light sweetness in the beer will counter any heat in the sauce – allowing you to taste it without being overwhelmed by it. Now for desserts! DMC is going to work well with lots of traditional dessert flavors like cinnamon, nutmeg and other baking spices, so feel free to experiment with all of these. As for specific dishes, we’d for sure try it with a crème brûlée. For lighter fare – try a mix of raspberries, mascarpone cheese and balsamic vinegar. Just trust us on this one.

Overall Impression
I love this beer. Like many people, I got into craft beer by drinking stouts – specifically Guinness – so I have a soft spot for them. This beer, while not bone dry like a good Irish stout, pulls up a lot of those memories making it a real feel-good beer. Despite its obvious weight and size, it is still a light, easy drinker with no alcohol burn to remind the consumer of its 8.5 percent ABV. This is both a selling point and a cautionary note. Most full-bodied stouts like DMC fill you up, but after having two at the brewery, I could easily have gone back for a third.

As flaws go, my only real sticking points are the lack of head retention and the big roast flavors. While the head shouldn’t last all day, the foam on mine was nearly gone in time it took me to walk from the bar to my seat across the taproom. With a beer like DMC, I want the full head to stand for a couple of minutes and then recede to a thin blanket that mostly covers my beer to the last swallow. As far as the roasty character, it’s just too big for a sweet stout, which for me should have more balance. Even though it works well in this beer, it runs counter to style. However, while these points count in scoring, they in no way kill the fun of this excellent brew.

Score
On a scale of 1 to 10, we give Three Nations’ Devout (Mexican Chocolate) an 8.