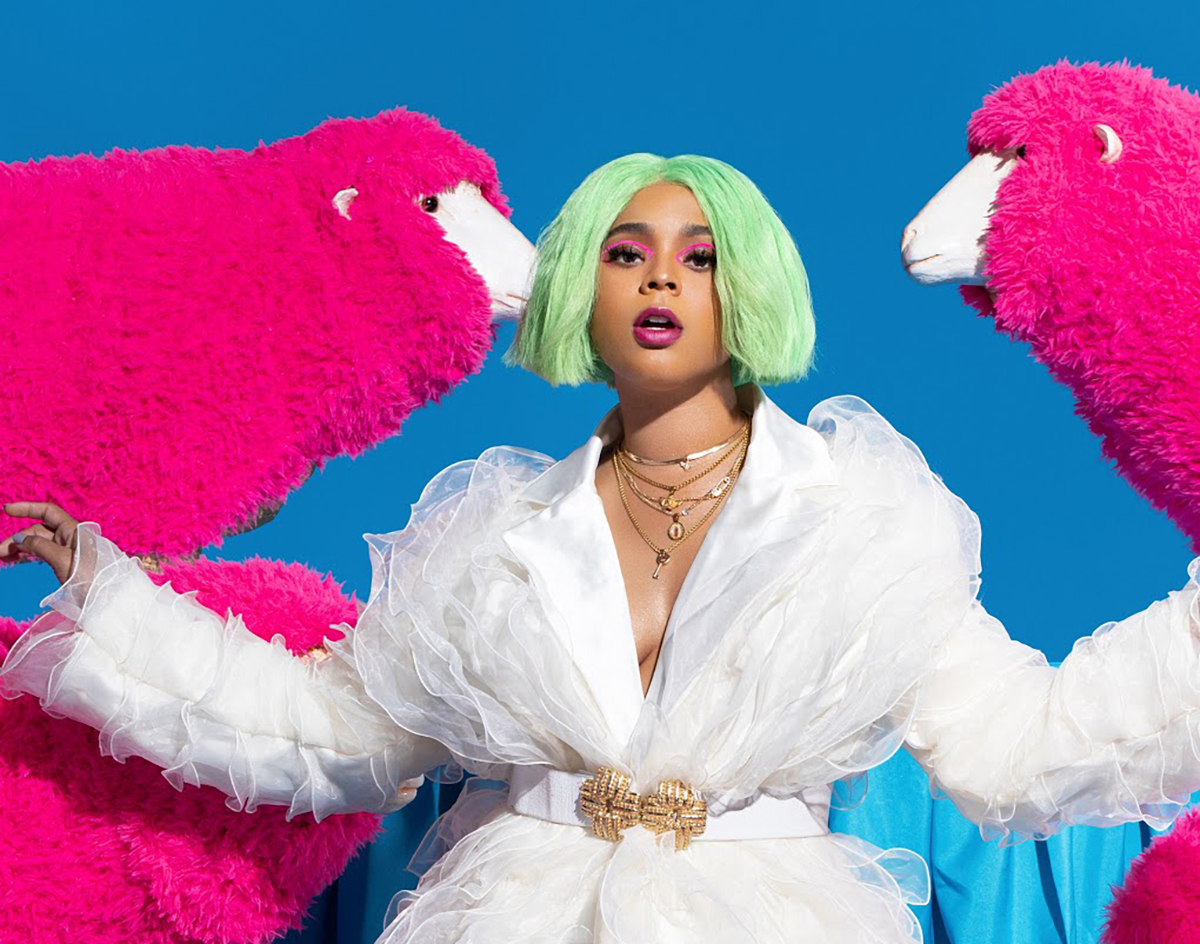 Rebound With Tayla Parx, Enter A State Of Trance With Armin Van Buuren And Be The Real MVP For Three Links’ Super Chili Bowl VI. Plus More!

No, seriously! The Kansas City Chiefs franchise that we know and tolerate today began its life as the Dallas Texans.

In the 1950s, Lamar Hunt, the son of oil tycoon H.L. Hunt and one of the most famous Dallasites of all time, attempted to work with the National Football League to form a football franchise for Dallas. At the time, Dallas had no team of its own — the original Dallas Texans were a notorious “franchise born of failure” that folded after just one season.

When the NFL told Hunt that the organization had no plans to add more teams, he pulled the most classic of rich-guy moves in the form of “Fine, I’ll just make my own then!” Hunt then founded the American Football League (AFL) in 1960, a direct competitor to the NFL that featured eight teams, including the revived Dallas Texans. However, by the time the Texans began playing in 1960, the NFL had added its own Dallas team: the Dallas Cowboys. This dilemma led the Associated Press to ask: “Is Dallas big enough for two pro football teams?”

As it turned out, the Big D wasn’t that big.

Both teams shared the Cotton Bowl stadium, with each team’s game happening within 16 hours of the other’s. Although the Texans were one of the most successful teams in the league, having won the AFL championship in 1962, Dallas’ football resources and fans were spread too thin, and Hunt moved the team from Dallas to Kansas City in 1963.

So this Sunday, when the Chiefs face off against the 49ers, you can remember the team’s Dallas history and feel a bit of local pride. Well, that and gratitude that Dallas isn’t responsible for the Chiefs’ weird, racist branding.

There are plenty of other things to be thankful for in Dallas this weekend, too, including all the things happening on this list. — Daniel Valdez

Armin Van Buuren at South Side Ballroom
His name may sound identical to that of a former U.S. president (one of the forgettable ones, too), but Armin Van Buuren is the progressive trance artist’s actual first name. — Garrett Gravley

Maldita Vecindad at The Bomb Factory
Maldita Vecindad (Spanish for “The Damned Neighborhood”) is a Mexico City rock band that is heavily influenced by ska music. Don’t let that deter you though, think good kind like The Skatalites and Toots and the Maytals, not Reel Big Fish and Mighty Mighty Bosstones. — GG

Tayla Parx at House of Blues
Tayla Parx has songwriting credits on songs by pop giants like Ariana Grande, BTS, Khalid and Camila Cabello. But more importantly, she’s from here! She released her We Need to Talk LP in 2019 via Atlantic Records and this marks her first headlining tour. Previous runs have found her opening for artists like Lizzo and Anderson .Paak. — GG

Mickey Avalon at Trees
Even though Mickey Avalon has put out plenty of roughneck raps since his Myspace heyday, he is still just as much a relic of that era as the Top 8 list and Tom. — DV

Different Strokes at Granada Theater
The Strokes announced a new record is on the way this year, so get re-acquainted with the band’s hits by way of this tribute act sure to set the “Room On Fire” – DV

Upsetting at Andy’s Bar
Upsetting can often be found at house shows, but for this more traditional venue, the band is debuting a new single. Hard to be upset about that. — Mason Geear

Slow Hollows at Three Links
The frontman of this dream-pop band is best known for crooning on the Frank Ocean tearjerker “Self Control,” so it’s no surprise that his own music has a similarly tender vibe. — DV

Local Music Video Night at Top Ten Records
Music videos from a bevy of DFW-bred artists will be screened all night at the Jefferson Blvd record shop starting at 8 p.m. –NJB

The Room with Tommy Wiseau at Inwood Theater

Denton Gets Destroyed Vol. 2 at Rubber Gloves
Thrash Metal, Punk and Denton is a recipe for chaotic energy. Plus, theres’s no better place to get into a little destruction in Denton than at Rubber Gloves Rehearsal Studio. — Nikki Johnson Bolden

Bricks in the Wall at House of Blues
The longtime Pink Floyd tribute band is back with an interpretation of the classic rock group’s songs and their signature laser show. — NJB

DVBBS at Stereo Live
The Toronto-based duo may have a name that is seemingly unpronounceable, but that hasn’t stopped its music from blowing up the dance scene. With house and trap sounds that are recognizable to even the casual rave-goer, DVBBS (allegedly pronounced ‘dubs’) will surely cement “dubs” when it come to Dallas. — MG

Medicine Man Revival at Main at South Side
This forward-thinking funk group leads our Central Track Music Honors ballot this year with a whopping seven nominations. Find out what all the “future soul” hype is for at this Fort Worth gig. — DV

Henry & The Invisibles at Deep Ellum Art Co.
“The Invisibles” aren’t just invisible – they don’t exist, period. All the instrumentation for this funky Austin act is provided by its sole member, Henry Roland. — DV

Paul Varghese at Dallas Comedy House
Before winning Last Comic Standing and opening for the likes of Dave Chappelle and Joan Rivers, Paul Varghese got his start in the Dallas comedy scene. Now he’s showing his gratitude through this hometown gig. — DV

Ottoman Turks at Dan’s Silverleaf
This rowdy Dallas country-rock crew has been around for about a decade, but only just dropped its debut album last year. Better late than never! — DV

Pop Culture Art Con at Dallas Marriott Downtown
If your walls are missing some pop culture and superhero decor, this three-day convention is here to save the day. Beloved nerd properties like Marvel and Harry Potter will be represented by various fan-art exhibits, which visitors can browse through and purchase. — DV

Netherfriends at Ruins
This alternative artist released a new album every week in 2019. We aren’t sure if that should be considered impressive or concerning, and with albums titled SEX, Songs for Cats and Kids Trap Christmas, your guess is as good as ours. — MG

Giant Dog at Three Links
“Man’s best friend” turned indie-rock group, Giant Dog is on tour celebrating the release of its latest record, Neon Bible. The band pulls inspiration anywhere from David Bowie to The Velvet Underground, so there’s a good chance the band will put you on to new tricks. — MG

Y&T at Gas Monkey Live!
Metallica drummer Lars Ulrich cites this Oakland band’s heavy-metal thunder as his inspiration to become a musician. In other words, you can thank these guys for Master of Puppets (and blame them for St. Anger). – DV

Kasai Pro 7 at The Bomb Factory
Jiujitsu isn’t quite as high-profile in the U.S. as boxing or MMA is, but the sport has enough of an audience for the Kasai grappling organization to have hosted multiple events at The Bomb Factory before. — DV

The Fab Four at Majestic Theatre
This Beatles tribute band has been touring for 23 years now – about four times longer than the actual Beatles were a touring act. — DV

Crueligans at Granada Theater
The hair-metal antics of Motley Crue received renewed attention, for better or worse, after a biopic titled The Dirt hit Netflix last year. The tribute band Crueligans is here to cash in. — DV

Horse Jumper of Love at Rubber Gloves
Amidst the deafening din of a Denton Saturday night, this Boston band will provide some heartbeat-slowing indie-rock of the “slowcore” variety. — DV

The Shivas at Andy’s Bar
The Portland trio is playing tracks from its labor of love album, Dark Thoughts, and sharing the bill with Denton-native artists Claire Morales and  Mother Tongues. — NJB

And That’s Why We Drink at House of Blues
This paranormal podcast is here for both the booze and the boos. The spooky kind, that is. — DV

Ardalan at It’ll Do Club
This Bay Area beatmaker is bringing his hooky take on house music to the recently re-opened It’ll Do club. — DV

Disco, TX: Robotic at Beauty Bar
Do androids dream of electro-disco? This party DJ’d by Blake Ward might be the only place with an answer. — DV

Higher Power at Ridglea Theater
These British blokes conjure up soaring, grungy hardcore that would make the Deftones proud. — DV

Emo Nite at Lizard Lounge
My Chemical Romance won’t perform at American Airlines Center for another eight months, but you can join the black parade early at this emo tribute party. — DV

Electric Guest at Trees
“Okay Siri, what is a band name that is both terrible and forgettable at the same time?” – GG

Super Chili Bowl VI at Three Links
Granted, the Super Bowl has been around for 48 years longer than Three Links’ Super Chili Bowl, but the latter is far closer to our hearts and arteries. This year’s watch party and chili competition will feature all kinds of grub to sample, from classic Texas beef chili to vegan options. As for whoever wins the actual game: your digestive system will be the real MVP. — DV

Shady Bug at Andy’s Bar
Andy’s is not suffering from an infestation of shadiness, but St. Louis band Shady Bug plays will play the cozy Denton bar with Genuis Christ and Bowtiger. — NJB

Riff Raff at The Rail Club
After the shark-toothed novelty rapper was accused of sexually assaulting multiple women, his Australian tour was cancelled by the booking agency Audiopaxx. Now, the wordsmith behind “Tip Toe Wing In My Jawwwdinz” is back with promo visuals that make him look like a barbecue chicken wing. — DV

Stray Kids at The Theatre at Grand Prairie
Between this show and BTS’ two nights at the Cotton Bowl Stadium, the DFW Metroplex has cemented its status as one of K-Pop’s favorite international markets. We’re still praying for J-Pop to receive the same acclaim here. — DV

Pickin’ & Grinnin’ at Double Wide
Wrap up your weekend in some old-fashioned country storytelling, with the help of Dallas’ own Joshua Ray Walker and Devil’s Sooty Brother. — DV