[Review] Tyler, The Creator Is All Grown Up. 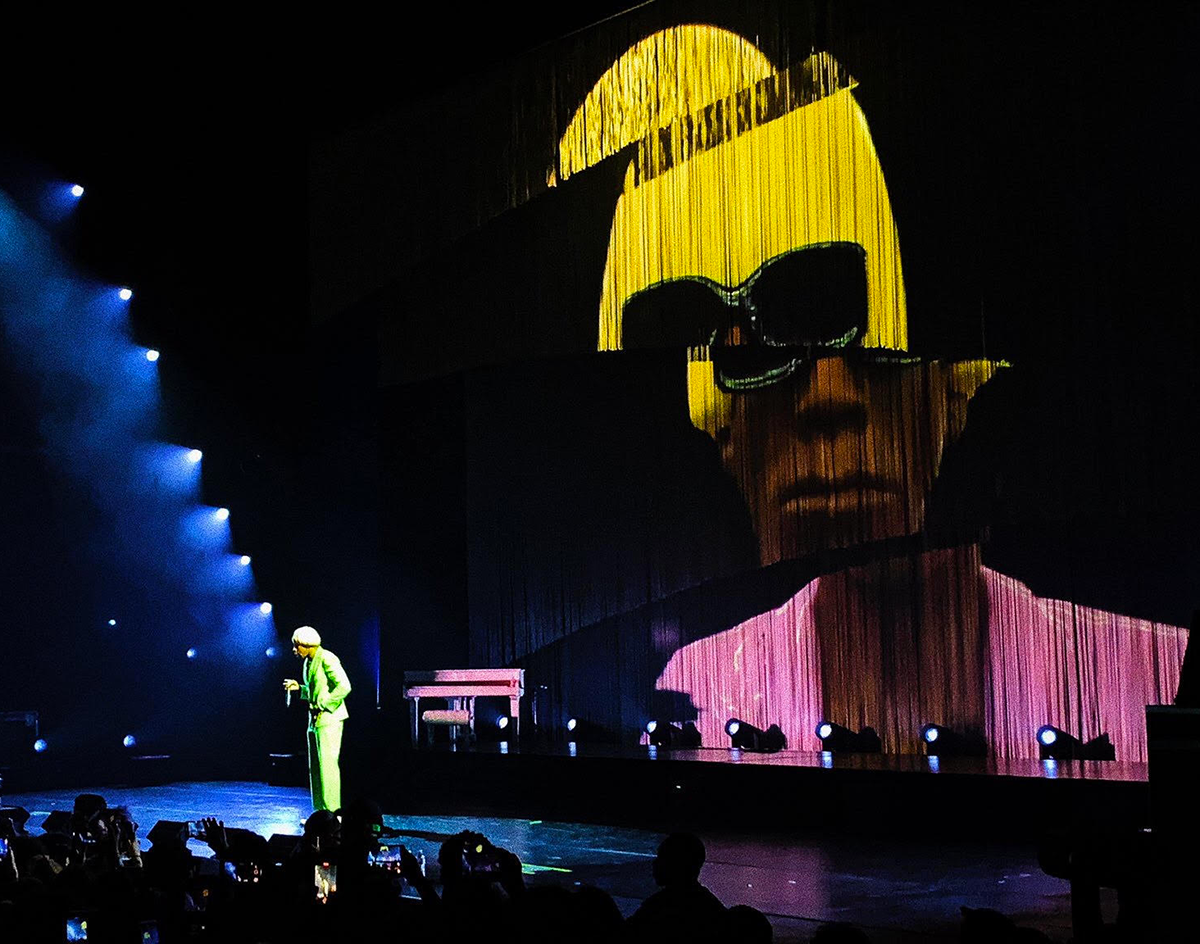 Tyler, The Creator’s Show At The Theatre At Grand Prairie Wednesday Night Was A Fully-Realized Evolution Of One Of Hip-Hop’s Most Creative Minds.

The Tyler, the Creator we were introduced back in 2011 was an edgy, juvenile rapper whose angst was made to manifest in shock-value lyrics such as, “I’ll stab Bruno Mars in his goddamned esophagus.” While he’s retained the same against-the-grain spirit since, he’s since come into his own.

When the early ‘10s came around, Tyler became a household name for his work in the Odd Future collective, and the tone of his celebrity has changed drastically since then. The group also known as OFWGKTA (Odd Future Wolf Gang Kill Them All) was provocative for its time, but looking back, it played an important role in hip-hop’s transformation out of the Lil Wayne orthodoxy. Still, in the years leading up to Odd Future’s dormancy in 2015, it seemed like the world was Tyler’s oyster, and he was raising as much hell as possible to make the most out of his fleeting youth.

It was shocking, then, to see him re-emerge with an album as multi-dimensional and personal as 2017’s Flower Boy. With that body of work, Tyler turned heads and raised eyebrows in embracing a more cathartic R&B/soul sound, allowing himself to be far more vulnerable in the process – even going as far as to hint at his sexuality (it’s unclear what his sexuality is, but he has stated he’s not heterosexual).

Earlier this year, Tyler took his evolved sound and expression even further in his latest full-length, IGOR, a concept album in which Tyler’s character is entangled in a love triangle, where he’s seeing a guy who is being pulled by an ex-girlfriend. Tyler has been playing this character during his live performances, and thousands saw him in this role at his Grand Prairie show Wednesday night.

Tyler took the stage around 9:15 p.m., almost a full hour after opener Blood Orange closed his set. When kicking his set off with IGOR’s opening track “IGOR’S THEME,” he stood still in front of a small curtain, clad in a green suit and blonde wig.

And when we say “stood still,” we mean “looked like he was doing a mannequin challenge as he faced stage right.” Once the bridge of the song ended and transitioned into an even more compressed chorus, Tyler gyrated and danced around like a hummingbird in a microwave.

When playing cuts from IGOR, he maintained an aura of mystery surrounding both himself and the character he was playing, almost as if his character was nothing more than a thin veneer to keep his vulnerability guarded. The fact that there was an electrifying party vibe in the amphitheater almost made the songs from IGOR seem like a cry for help.

Mosh pits were aplenty when Tyler played bangers such as “NEW MAGIC WAND,” and after a brief piano instrumental, there was a mass singalong to “EARFQUAKE” that became even more goosebump-inducing when he sang the hook in a-cappella.

The mood changed quickly after that.

“This is the part of the show where I go back in my catalog and do those songs,” said Tyler. “That cool with you shitheads?!”

When exploring his earlier releases, he played Flower Boy’s “911″ before delving into the songs from his edgy phase (an era even he joked about during his set). When he played “Tamale” and “Yonkers” back-to-back, he seemed even more like the life of the party, while the “cry for help” feeling suddenly disappeared.

And then it came back.

Tyler abruptly put an end to the Odd Future nostalgia and went into the slower, more melodic single “RUNNING OUT OF TIME.” And just as he started the set with IGOR’s opener, he bookended it with the album’s bittersweet closer, “ARE WE STILL FRIENDS?”

It’s been quite a transformation. A lot of growth and personal development can happen in a decade, and seeing Tyler in his element and in character shows that he’s encountered volatile amounts of it. What he has transformed into is an emotionally intelligent and self-realized figure who serves as a cultural milestone for this generation.