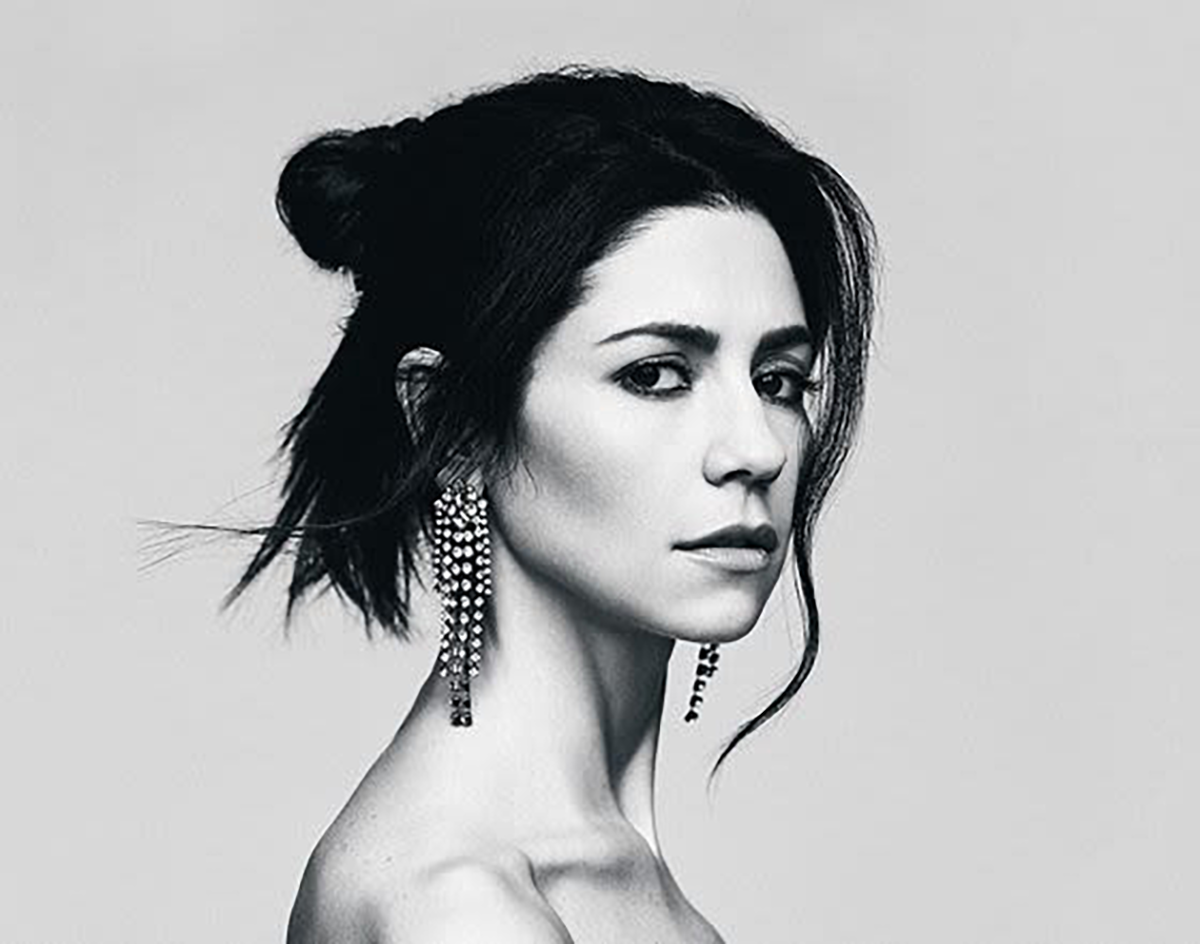 Let Marina Teach You How To Be A Heartbreaker, Meet Zedd In The Middle And Join Rick Ross In Sending Shouts Out To All The Pears. Plus More!

Well, it’s that time again. The State Fair of Texas is here for its three week-long reign of fried food, overpriced attractions and bad decisions.

Now, you might belong to the camp thinking “we get it, you don’t like the state fair,” followed by the predictable question of “why not try to be positive?” Which is fine, as we understand some of you can’t bring yourselves to concede that the state fair sucks, despite its role in systemic racism or its lack of general transparency, among 22 other reasons. But, we also know there are more of you who belong to the camp that doesn’t enjoy the fair than most Texans are willing to admit.

If you subscribe to the latter, we have great news: after keeping quiet in 2018, we’re back with our “24 Reasons the State Fair Of Texas Sucks” series. That’s right, we’ll be bringing you new content every single day the fair is open to tell you why it shouldn’t be. At least not if it’s not willing to change.

And if you thought our 2017 edition was great, brace yourself, because we’re bringing the heat and Big Tex is quaking as we speak.

In fact, consider this list of things to do an early start in the form of a suggestion of things to instead of going to fair this weekend.– Alec Spicer

MARINA at Bomb Factory
The British synth-pop sensation dropped the “and the Diamonds” from her stage moniker, and now mononymously goes by “MARINA” (in all-caps, which means you have to yell her name every time you say it). MARINA’s new double album LOVE + FEAR (you also have to yell the album name – we don’t make the rules) is slated for release on April 26, via Atlantic Records. — Garrett Gravley

Big K.R.I.T. at The Pavilion at Toyota Music Factory
Mississippi rapper Big K.R.I.T. is back and is making a sequel to his acclaimed 2010 mixtape K.R.I.T. Wuz Here. The name of this part is called K.R.I.T. Iz Here, and he will embark on the “From the South With Love Tour” in support of it. — GG

Raveena at Club Dada
Raveena is an Indian-American R&B artist from New York whose career has timed perfectly with the emergence of the streaming age. Just last week, her debut album Lucid dropped via independent label Moonstone Records. — GG

070 Shake at Cambridge Room at House of Blues
The 21-year-old rapper will release her debut album Modus Vivendi “soon” on Kanye West’s GOOD Music label. You already know her as the guest vocalist on West’s Ye track “Ghost Town”. So, yeah, this show will sell out. — GG

The Who at American Airlines Center
These classic-rock legends hoped they’d die before they got old. Two of them had their hopes come true, sadly, but the rest are here promoting their first record in over a decade. — DV

Houndmouth at Granada Theater
Houndmouth sprouted from that odd early-10s era where the biggest thing in pseudo-indie music was white dudes wearing suspenders and yelling while strumming banjos. Fortunately, this band’s brand of Americana was less kitschy and more durable, which is why they’re playing the Granada. — DV

True Widow at The Foundry
This is a free show, but donations will be accepted for Planned Parenthood. Fund vital healthcare and hear some doomy stoner rock. It’s a win-win. — DV

Carbon Leaf at Deep Ellum Art Co.
One of this rootsy band’s music videos features Katy Perry before she went off to write classics like “UR So Gay.” The band’s music has aged better than that track, to say the least. — DV

4th Annual Polacon at The State Fair
Instant film junkies rejoice! This 3-day photography convention returns with new events worth dropping a pretty penny on polaroid film for. The Day 2-3 events head north up to Denton, so catch it down here in Dallas while you can. — DV

The Sixties Sound at The Theatre at Grand Prairie
The greatest societal conflict in the late 60s, no doubt, was the Beatles vs. the Monkees. Fifty years on, we’ve finally reached a common ground. The Monkees’ lead singer Micky Dolenz is playing with the Beatles tribute act the Fab Four. — DV

Victor Internet at Ruins
Nearly every month some new Youtube bedroom-pop wunderkind pops out of nowhere and sells out a venue here. Boy Pablo, Cuco, Clairo and now Victor Internet. He wrote a pretty decent tune about Tinder, though. — DV

Boyz II Men at Choctaw Casino
Remember that Fresh Prince of Bel-Air episode where Will promises Nicky that he will book Boyz II Men for his christening? Imagine if that took place 20 years later, and instead of playing at a six-year-old’s christening, they performed at a casino in Durant. — GG

Zedd at The Pavilion at Toyota Music Factory
Over the past few years, German electro-house giant Zedd has belted out hits such as “Clarity” and “Break Free” and collaborated with just about every major pop artist of late (including DFW’s very own Maren Morris.) Love him or hate him, he is indubitably a force to be reckoned with. — GG

Dallas Freak Nik
After-party for the State Fair Classic college football game. One of the main events is a twerking contest for a $300 grand prize, so gear your glutes accordingly. — DV

Fruit Bats at Club Dada
This folk-rock group makes some pretty sincere tunes, but their most recent music video has a surreal, Tim & Eric-esque sense of humor. — DV

Giuda at Three Links
Italian space-rock that promises to “make your head vibrate like Woody Allen’s Orgasmatron.” Unsure how appealing that is, but intriguing nonetheless. — DV

Thelma & The Sleaze at Double Wide
Southern rock is considered a heteronormative boys club, but this all-female queer collective is rewriting that narrative. Which one’s The Sleaze? — DV

Jacquees at The State Fair
Last winter, the Atlanta singer caught some Twitter heat for declaring himself the “King of R&B”. True R&B royalty probably doesn’t play the State Fair at 2:00 PM, but maybe the monarchy’s different than it used to be. — DV

Obituary at Gas Monkey Bar N’ Grill
What is it about Florida that’s spawned so many death metal bands? Does the humidity evoke hellfire? Whatever the cause, this Tampa band is one of the most popular from its scene. — DV

Kill the Noise at Lizard Lounge
This bro-step producer has worked with a bunch of EDM heavyweights, from Skrillex and Dillon Francis to…uh, Korn. — DV

Calexico + Iron & Wine at Majestic Theatre
I know we were just ragging on co-headlining bills in the blurb above this one, but these acts actually made an album together so not sure that this fits the bill. But it will make for an awesome joint show. — GG

Rick Ross at House of Blues
The Miami rap kingpin’s defining achievements of the 2010s: his verse on Kanye’s “Monster,” and that vid where he shouts out to all the pear. — DV

Maluma at American Airlines Center
To give you an idea of how huge this Colombian pop star is, he dropped a single with Madonna in the spring, and it’s not even one of his five most successful singles of 2019. — DV

Pottery at Three Links
This Montreal post-punker outfit opened for Parquet Courts on some Canadian dates last year. If it’s cool with the Courts, it’s cool with us. — DV

Joe Hertler & The Rainbow Seekers at Ruins
This band’s press bio brags that they’ll take you through the “mountains of Motown”, “fjords of folk” and “archipelagos of Americana.” What, no bluegrass bayous? — DV

Cold at Trees
Ironically, Cold is a Floridian post-grunge band whose whole aesthetic can be best described as “WWE entrance music.” — DV