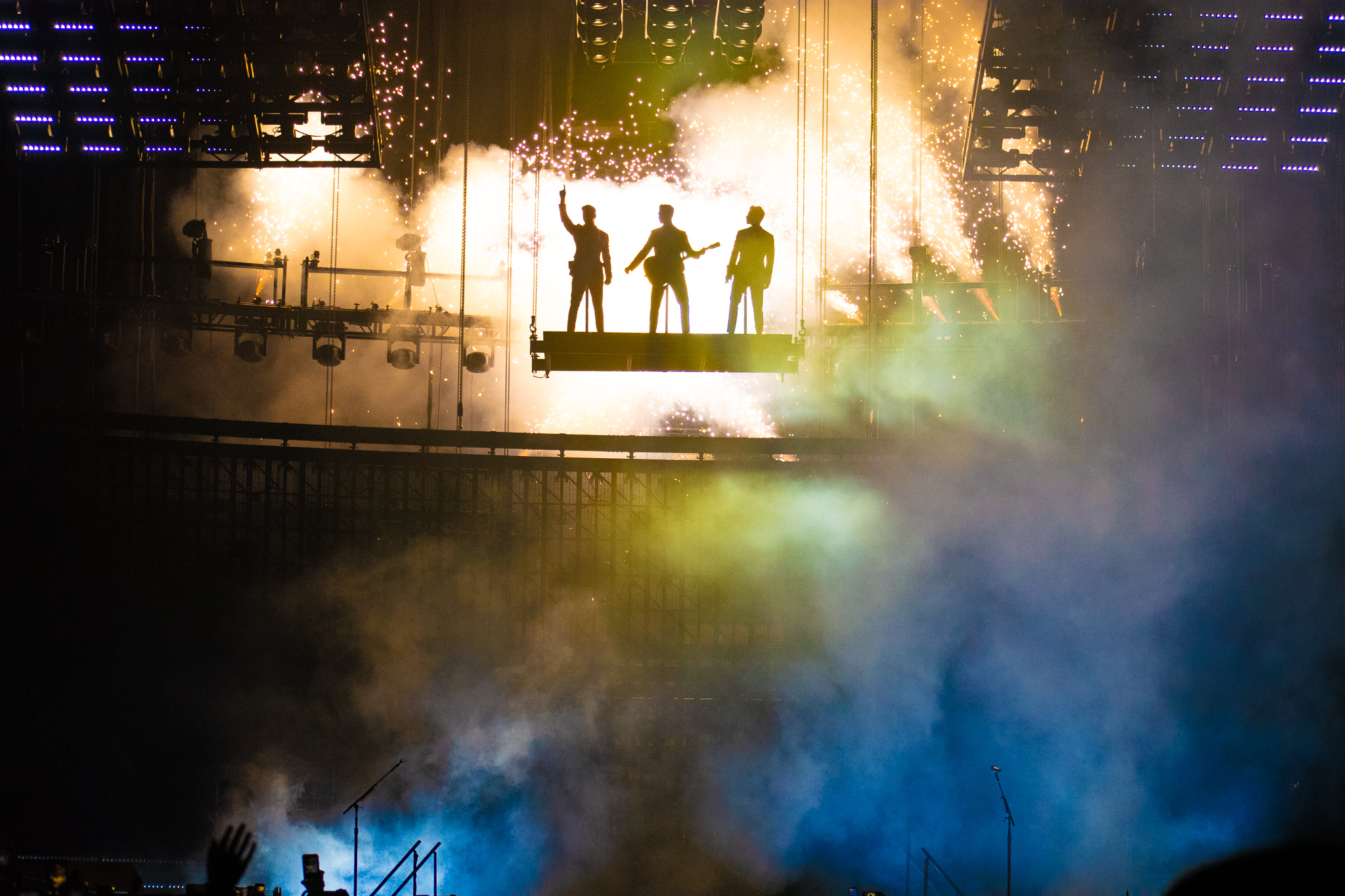 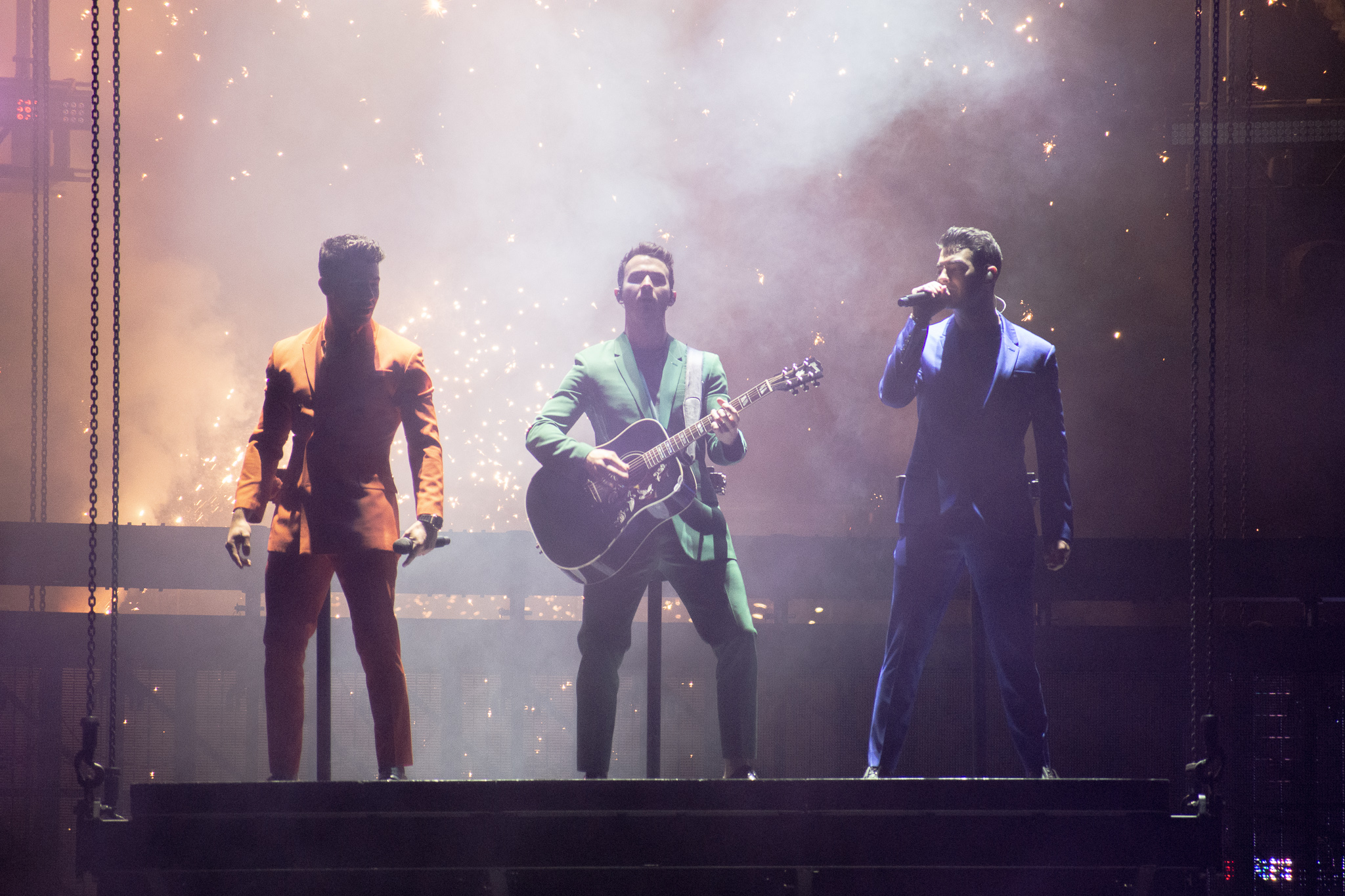 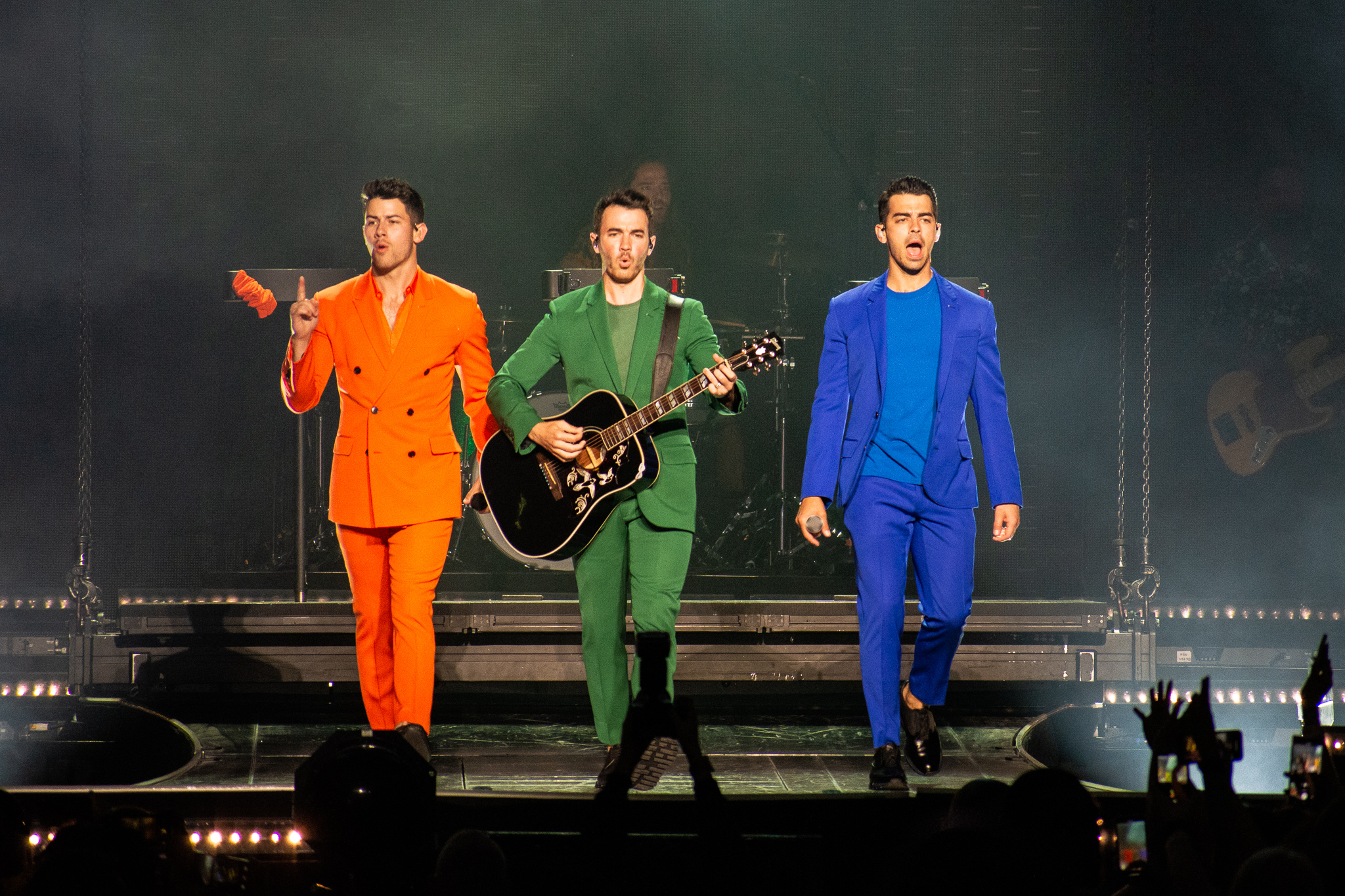 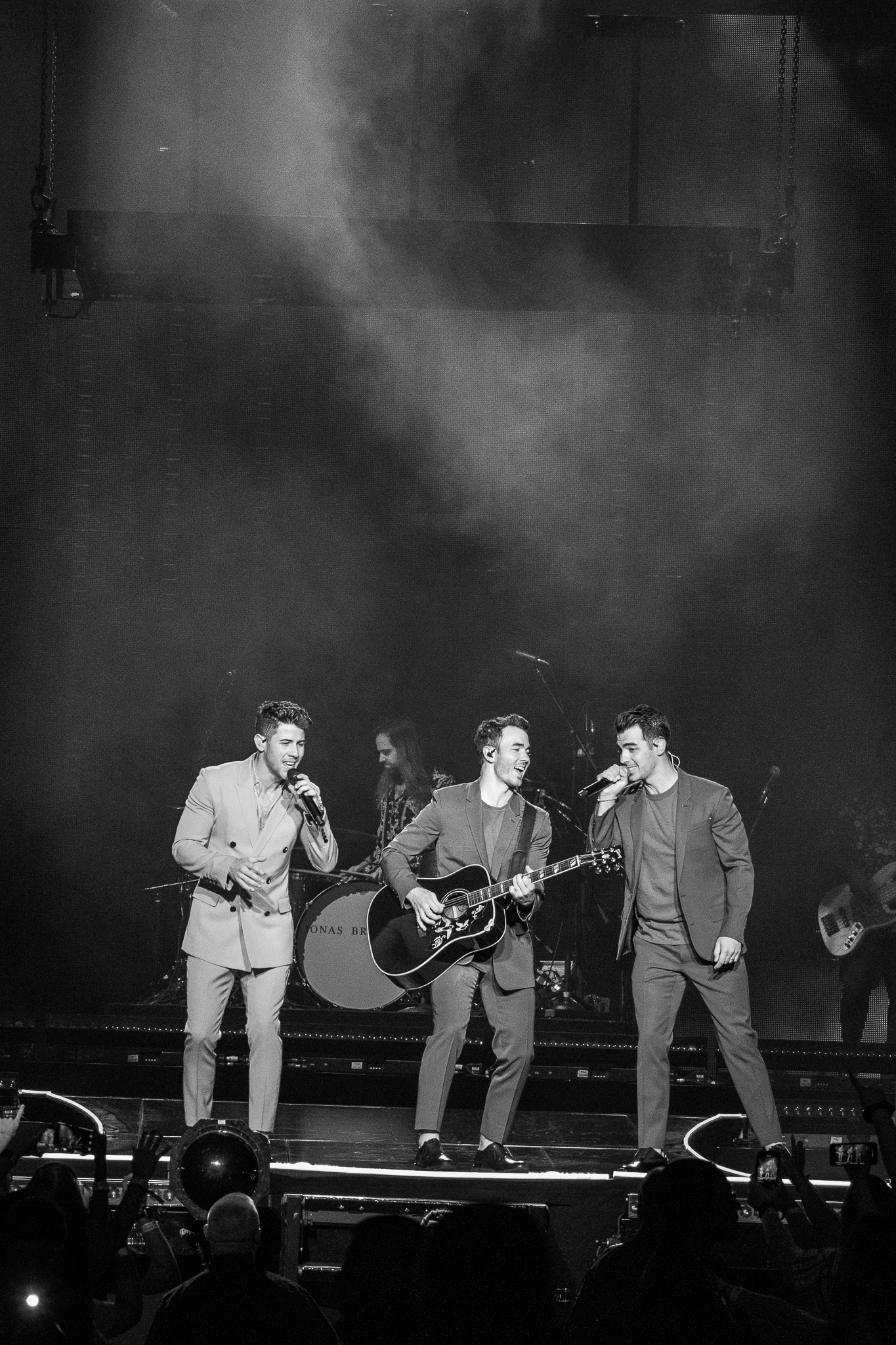 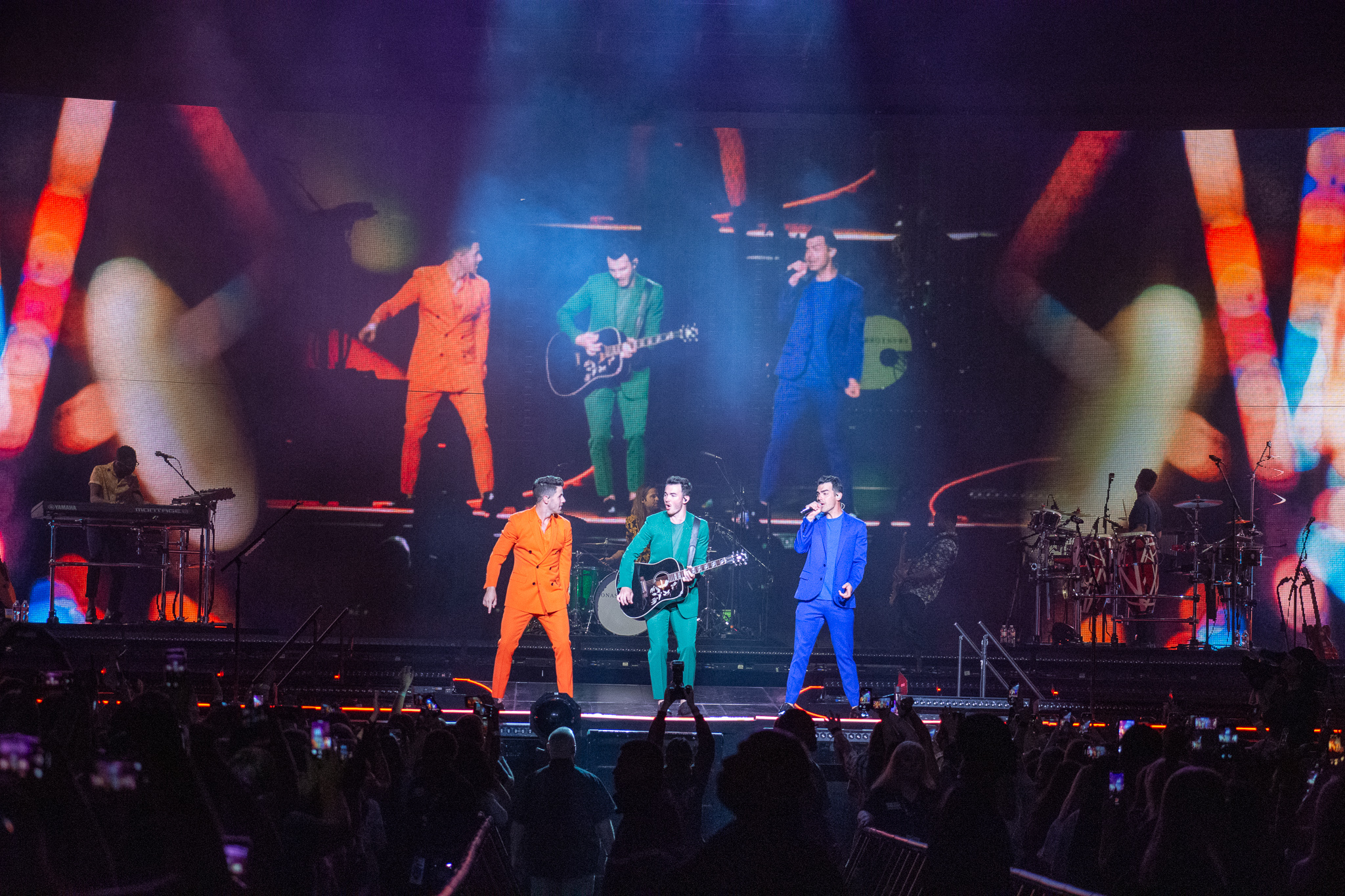 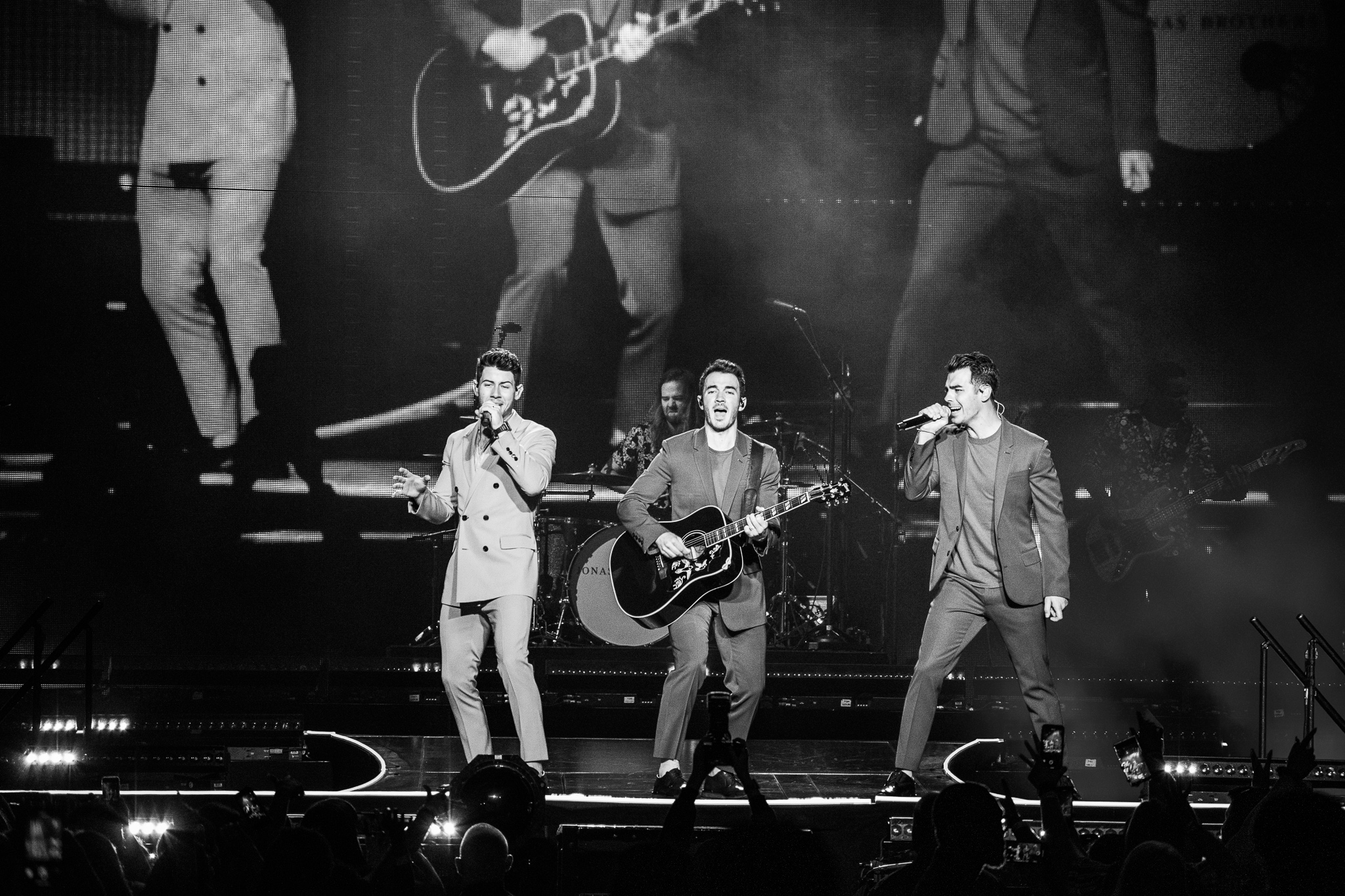 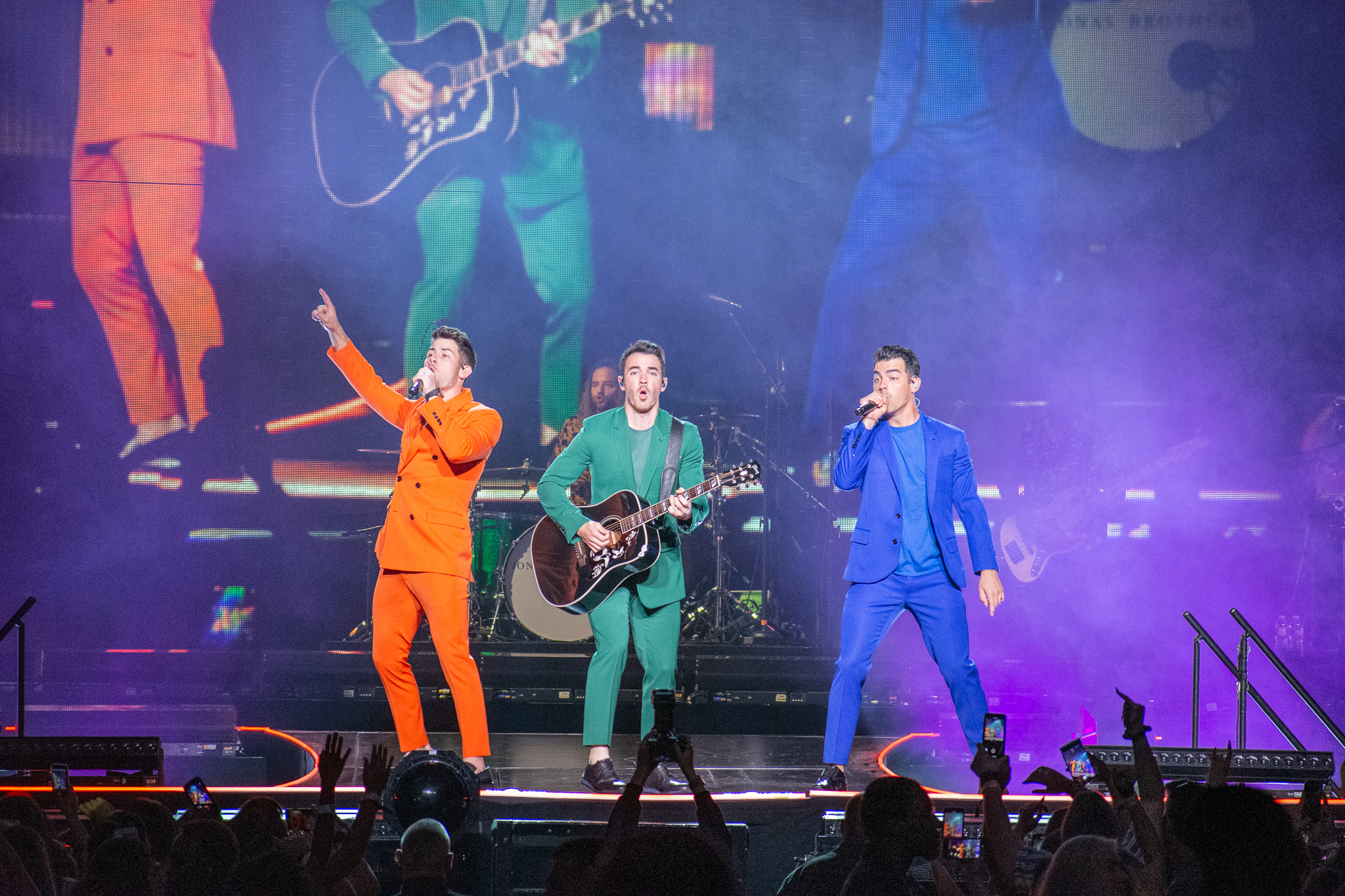 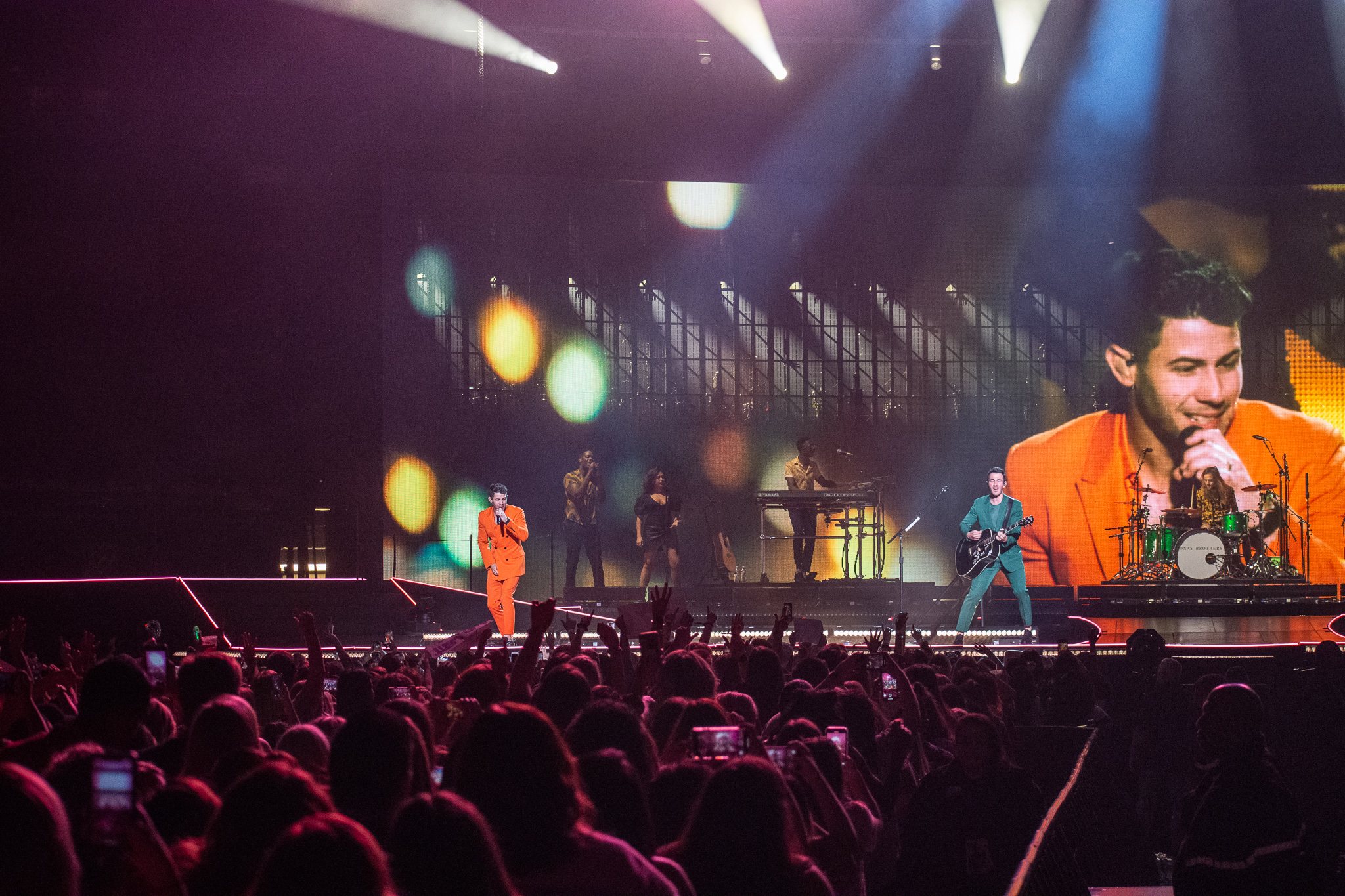 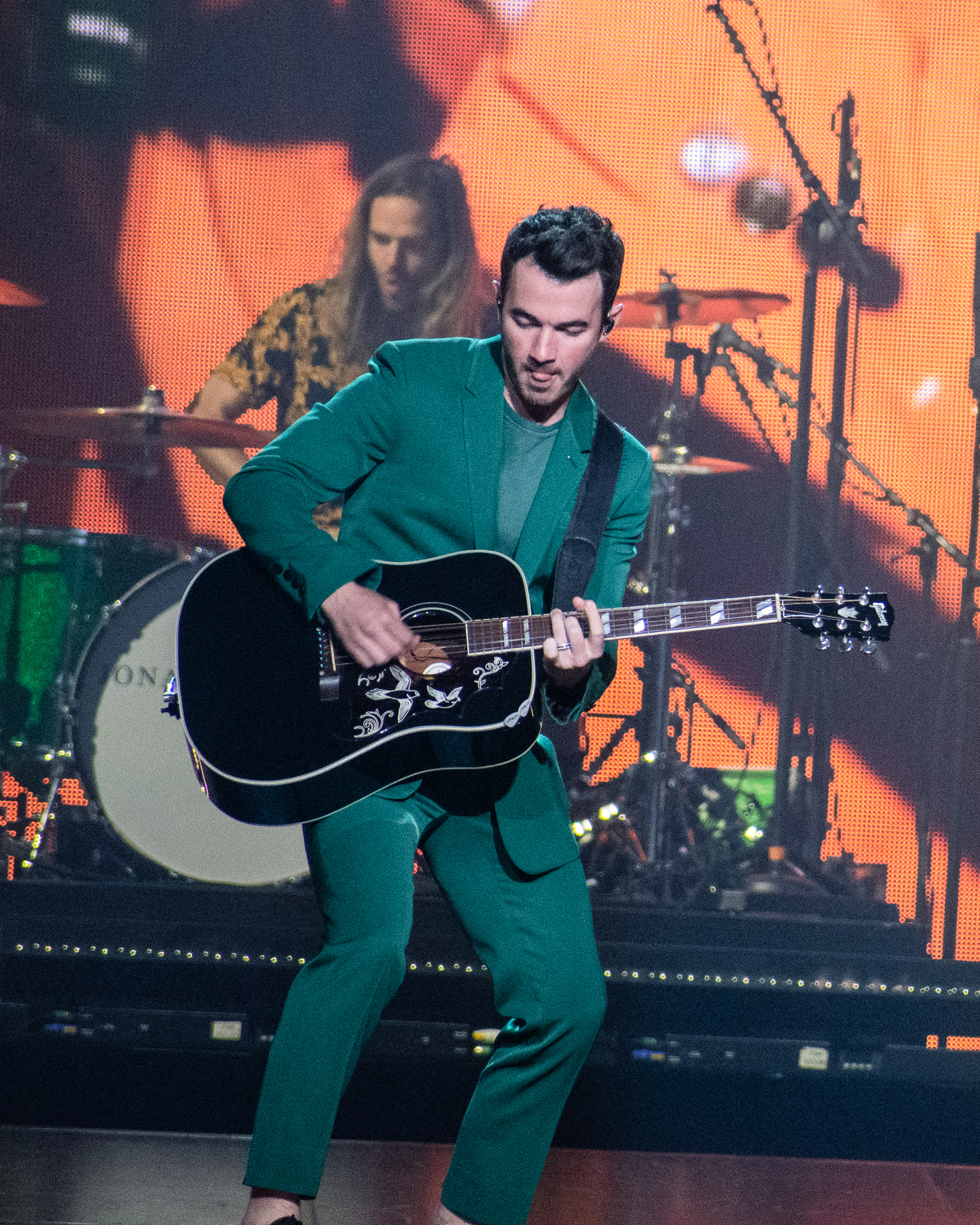 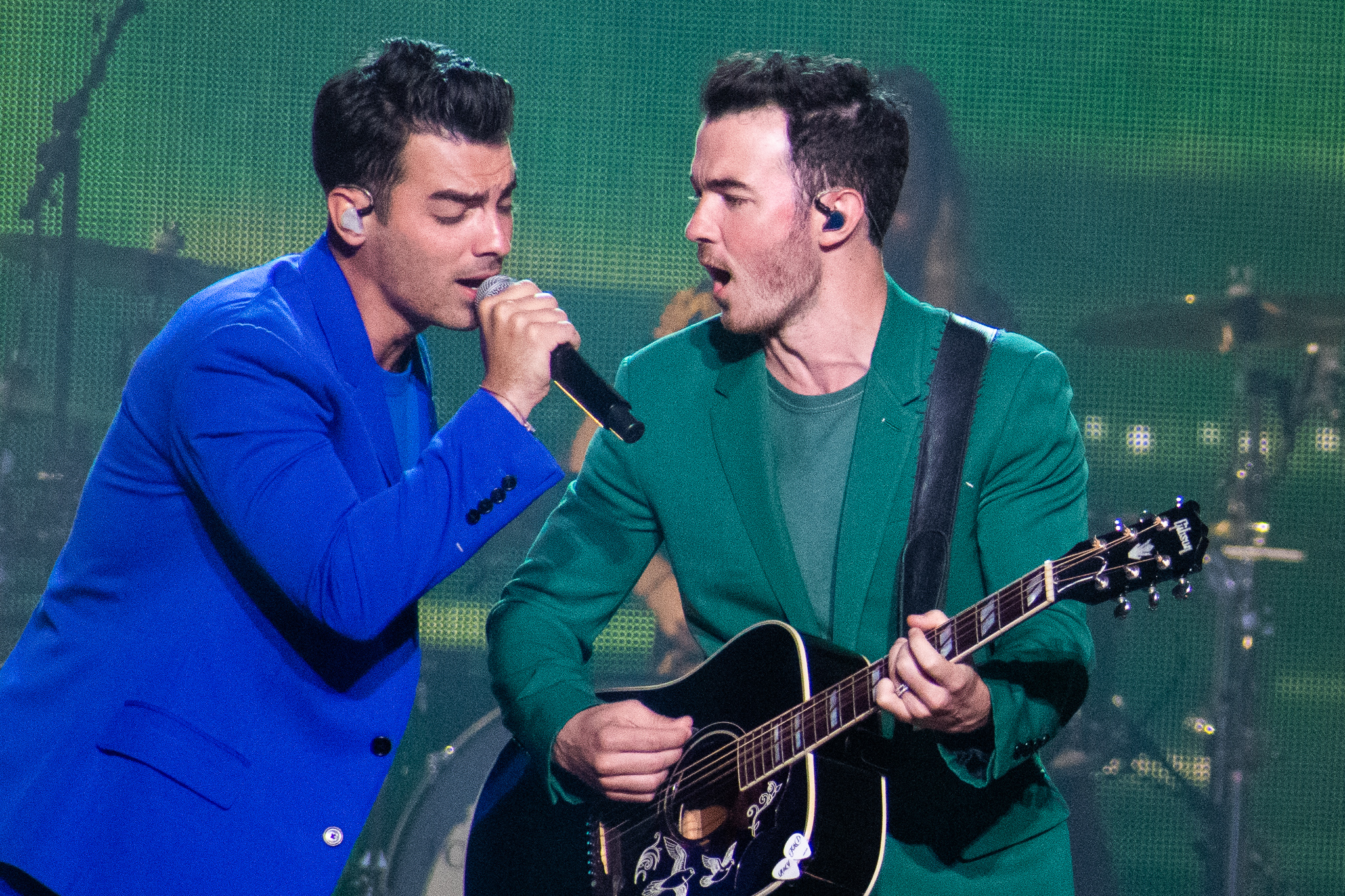 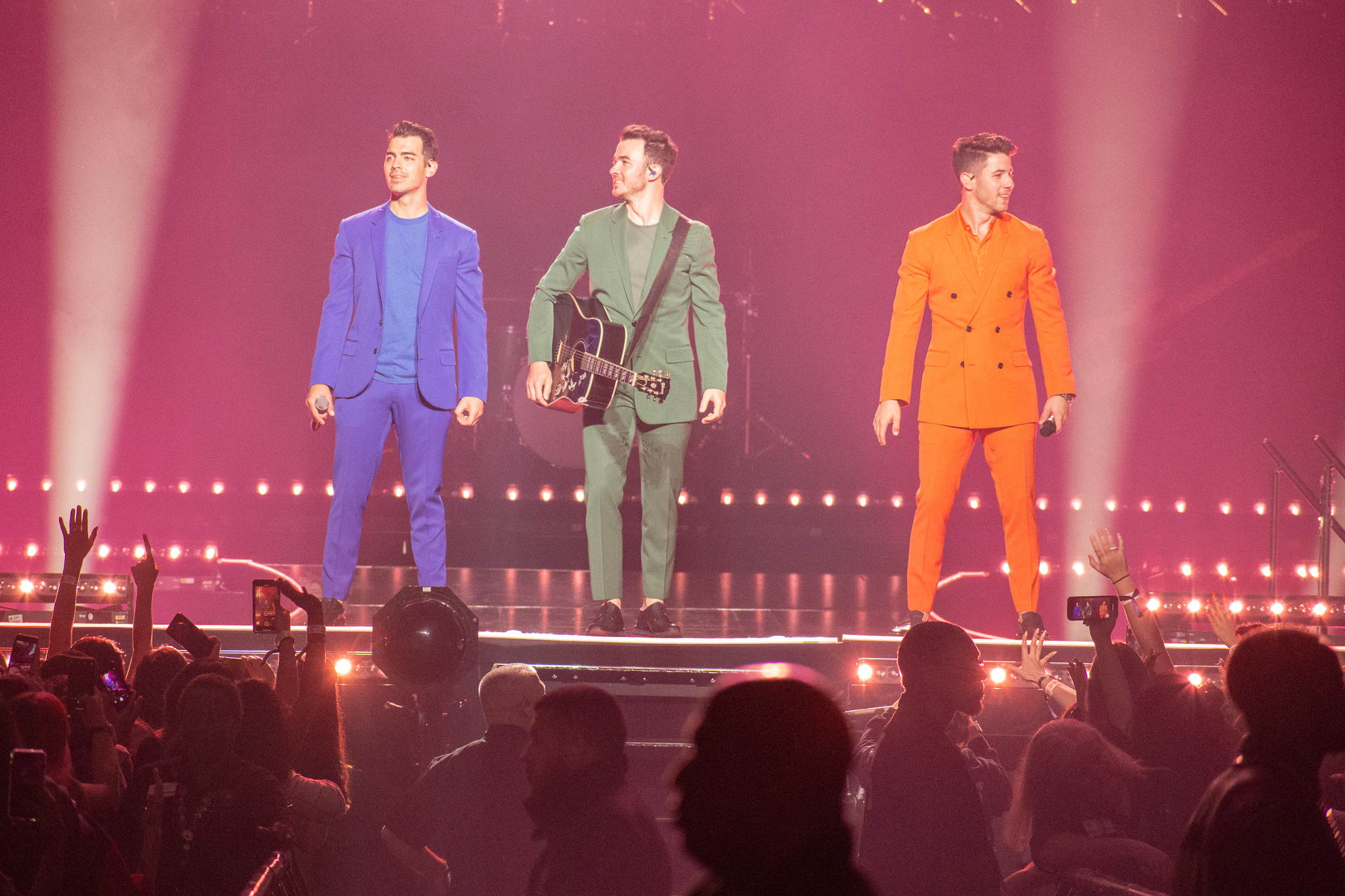 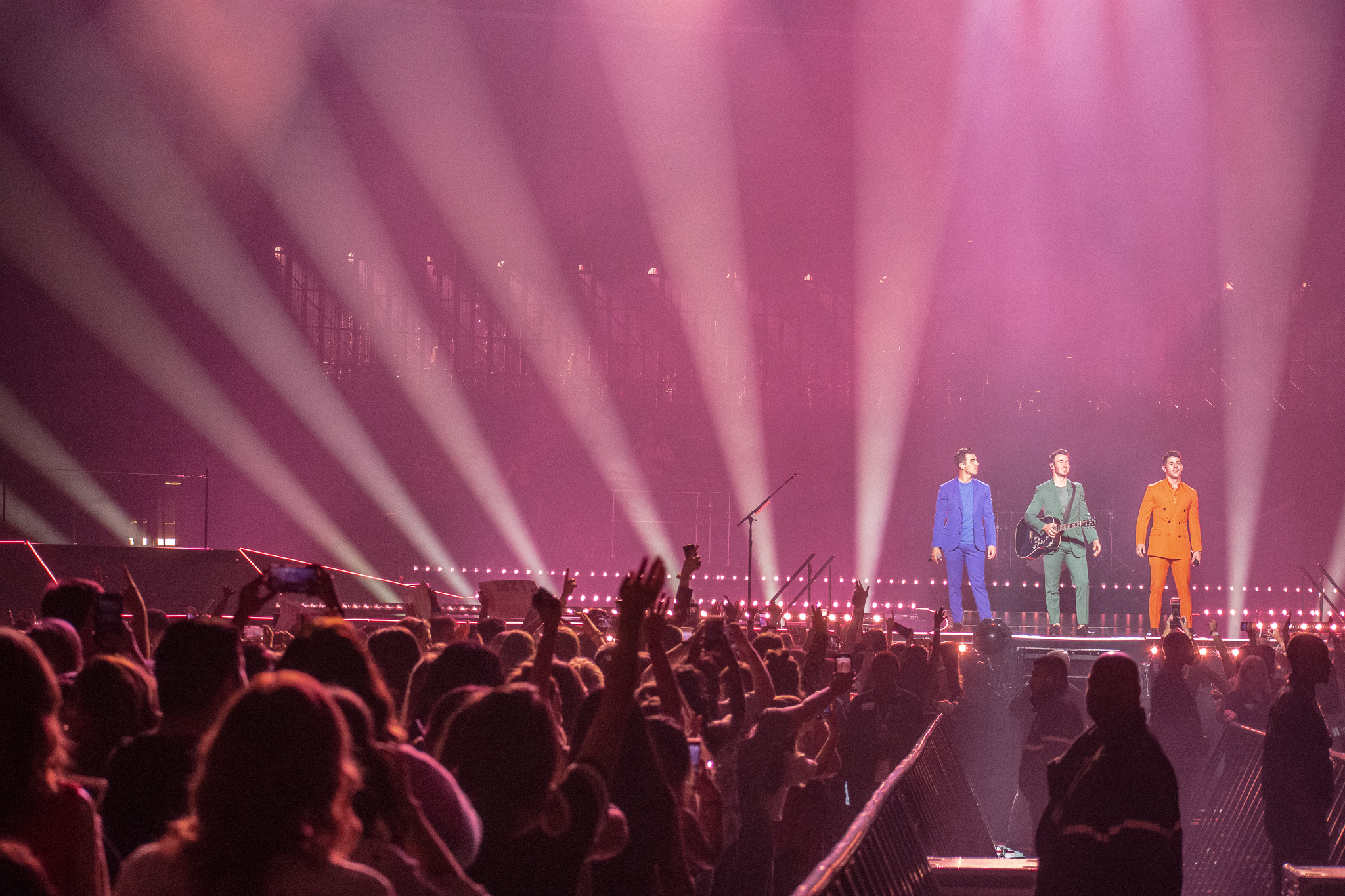 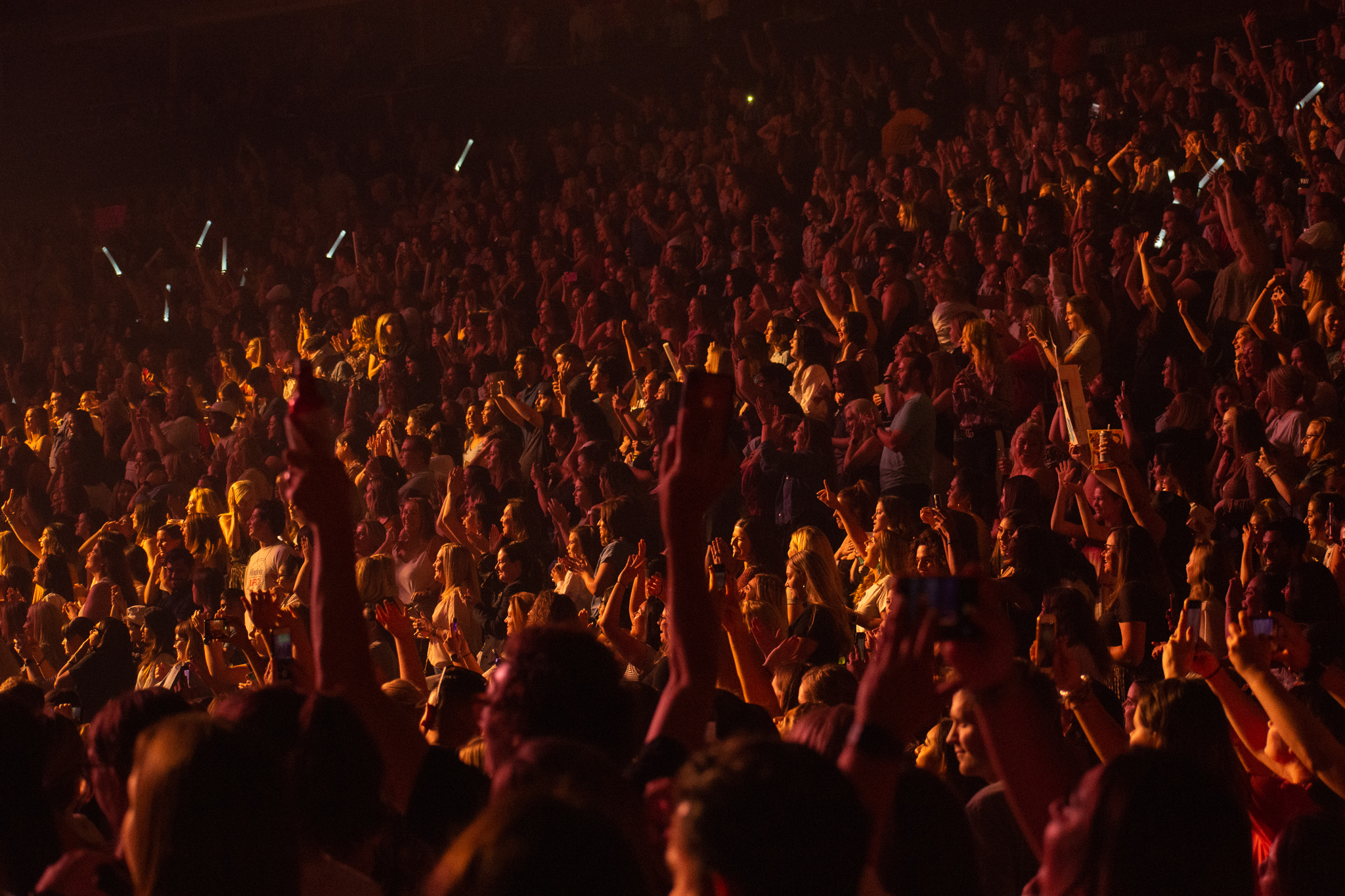 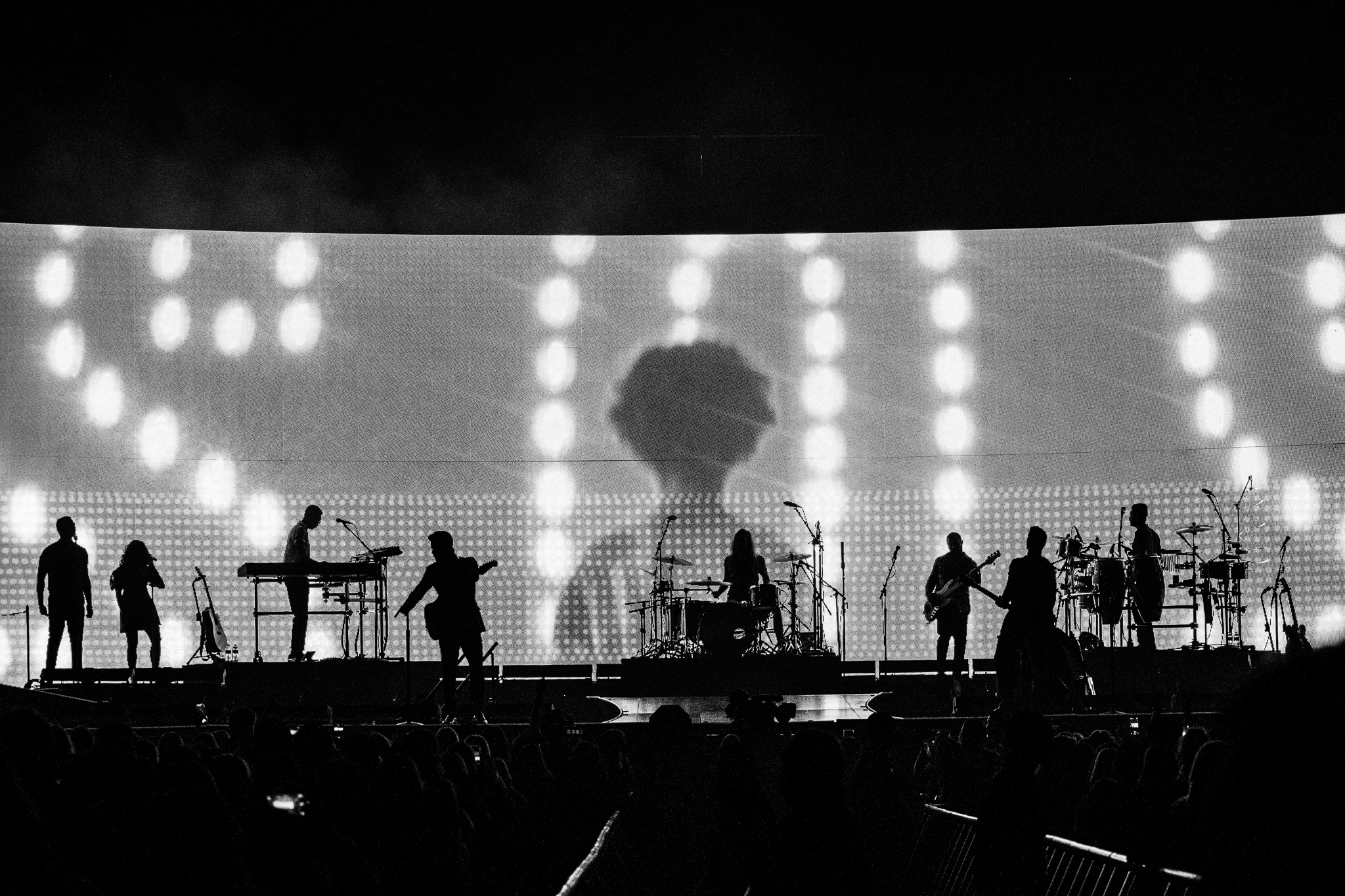 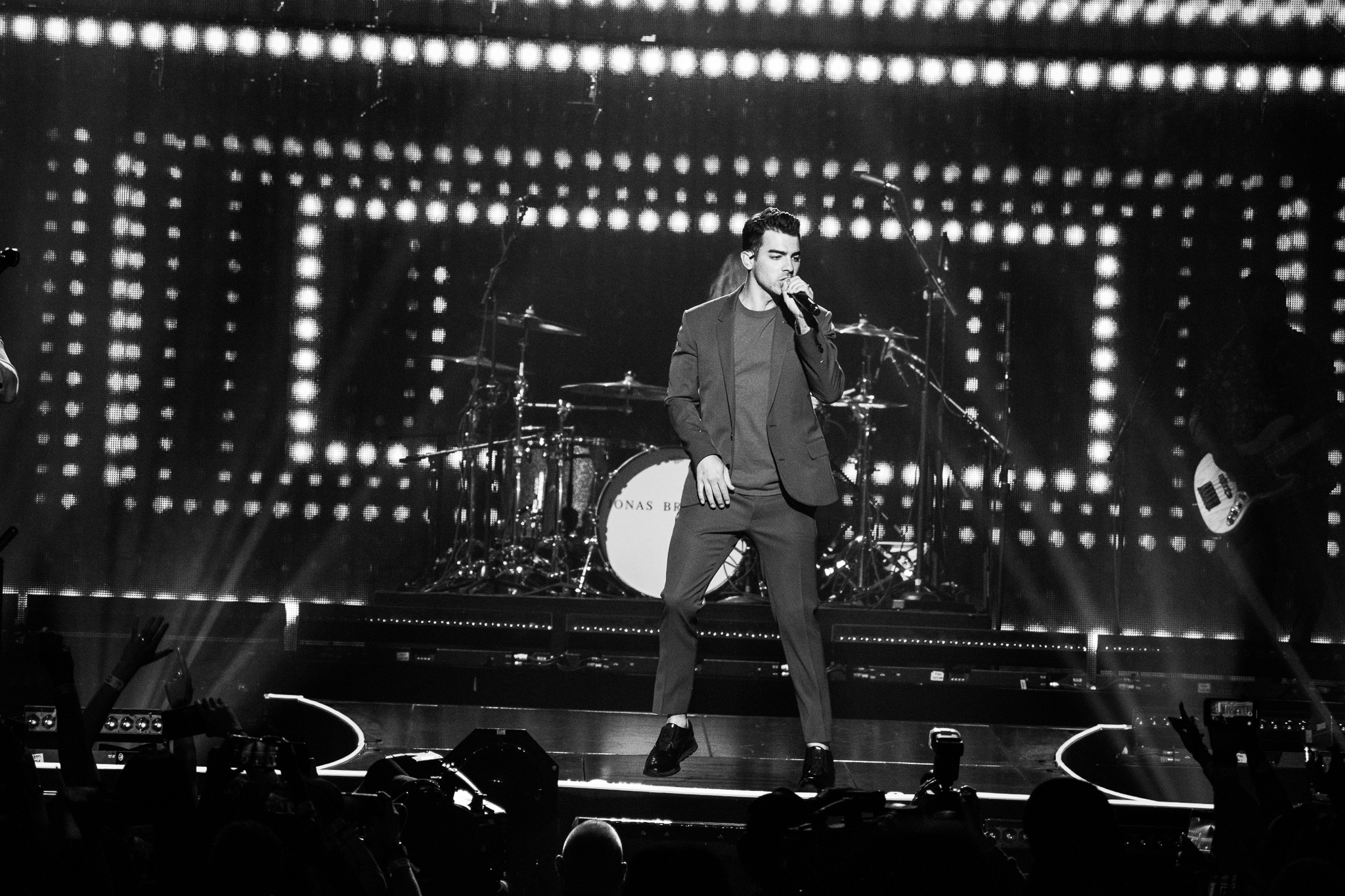 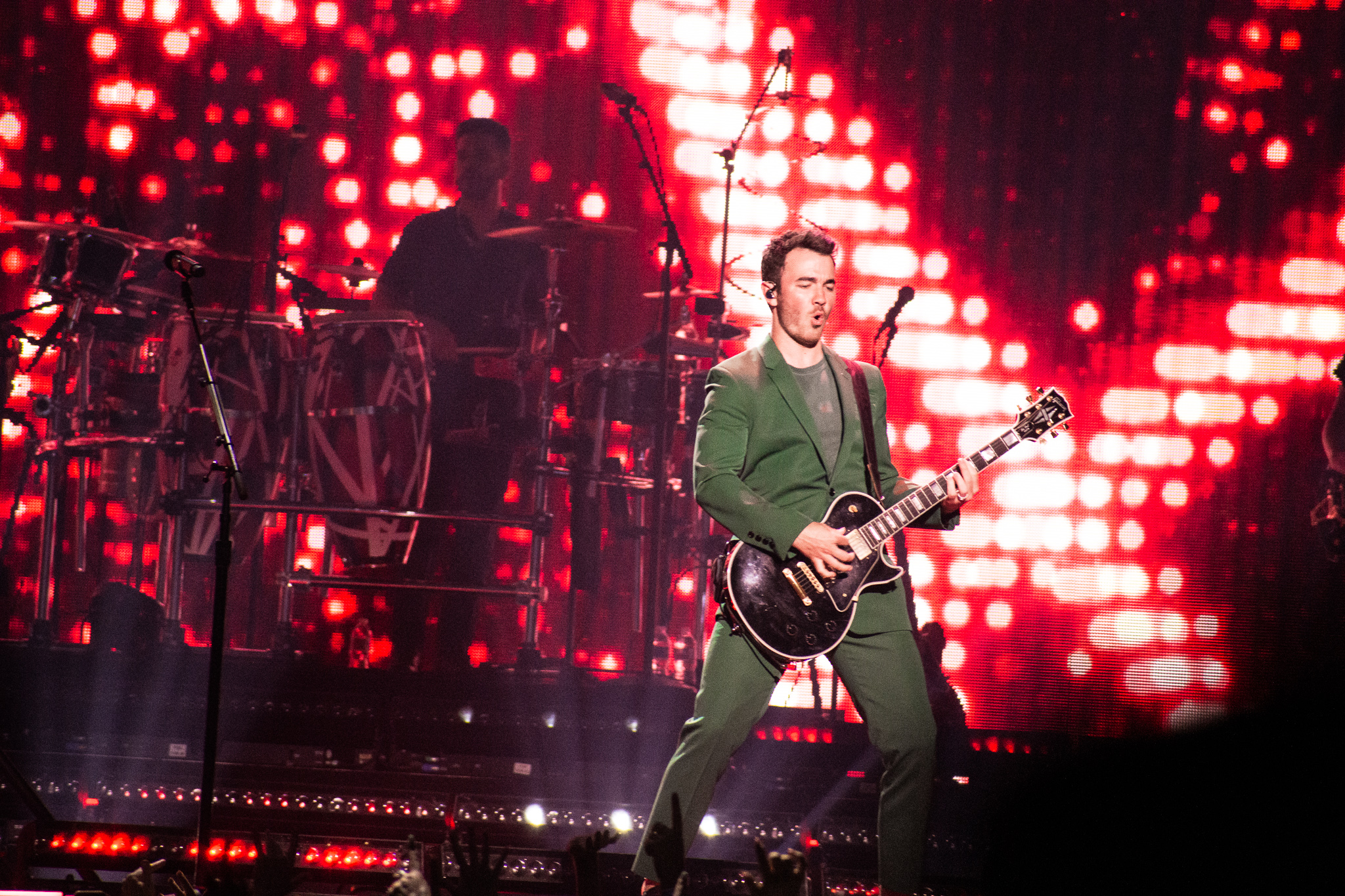 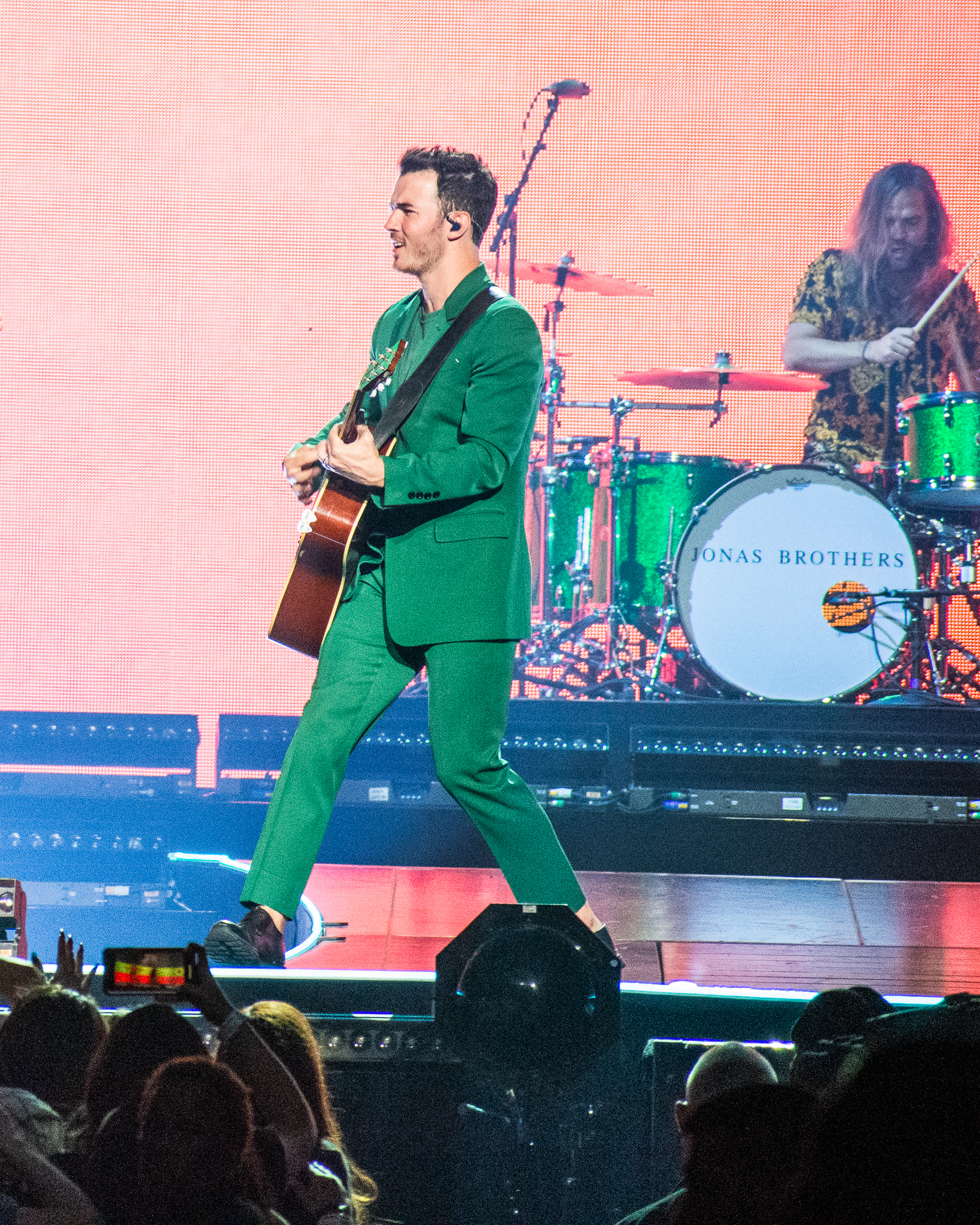 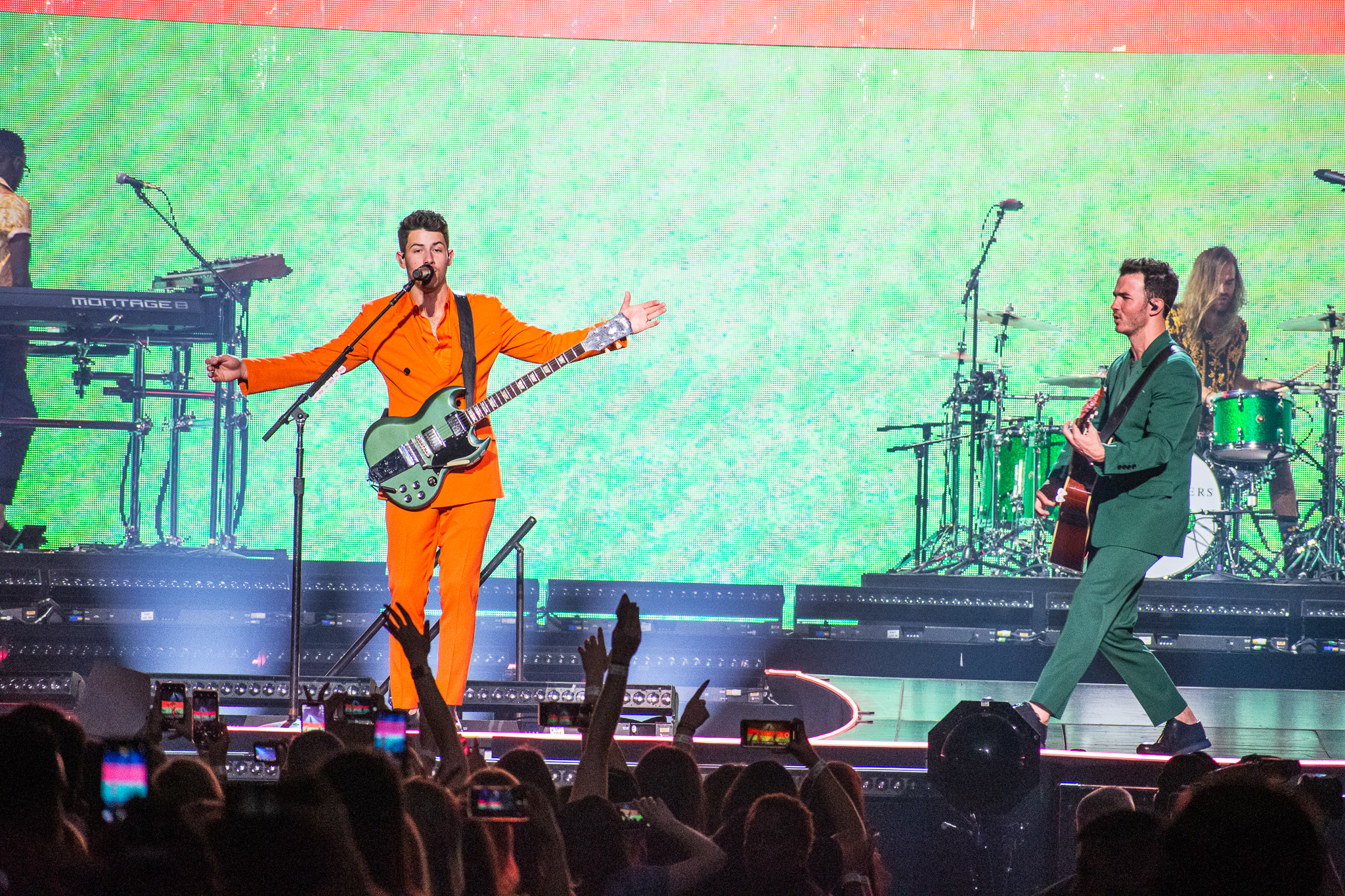 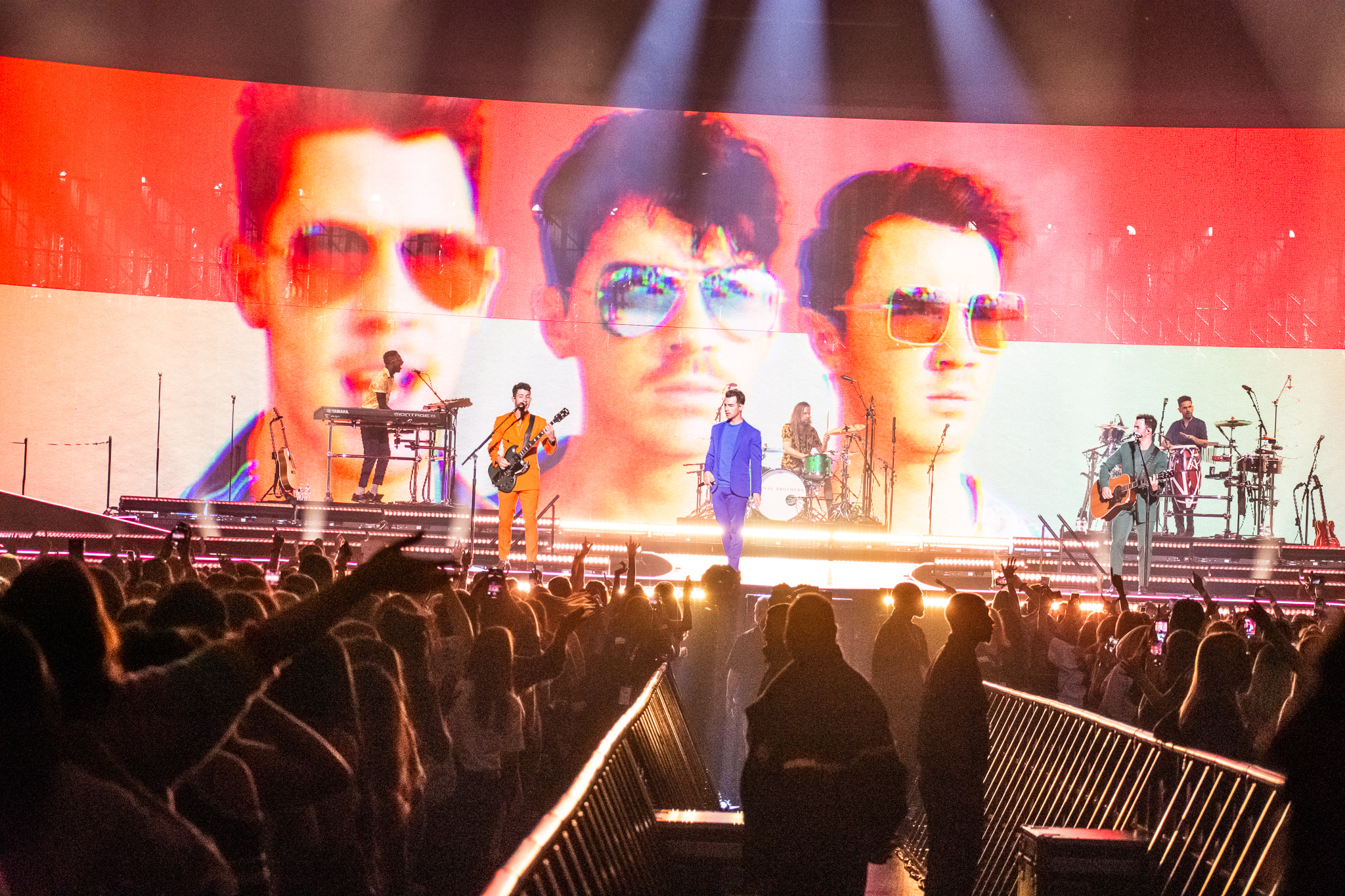 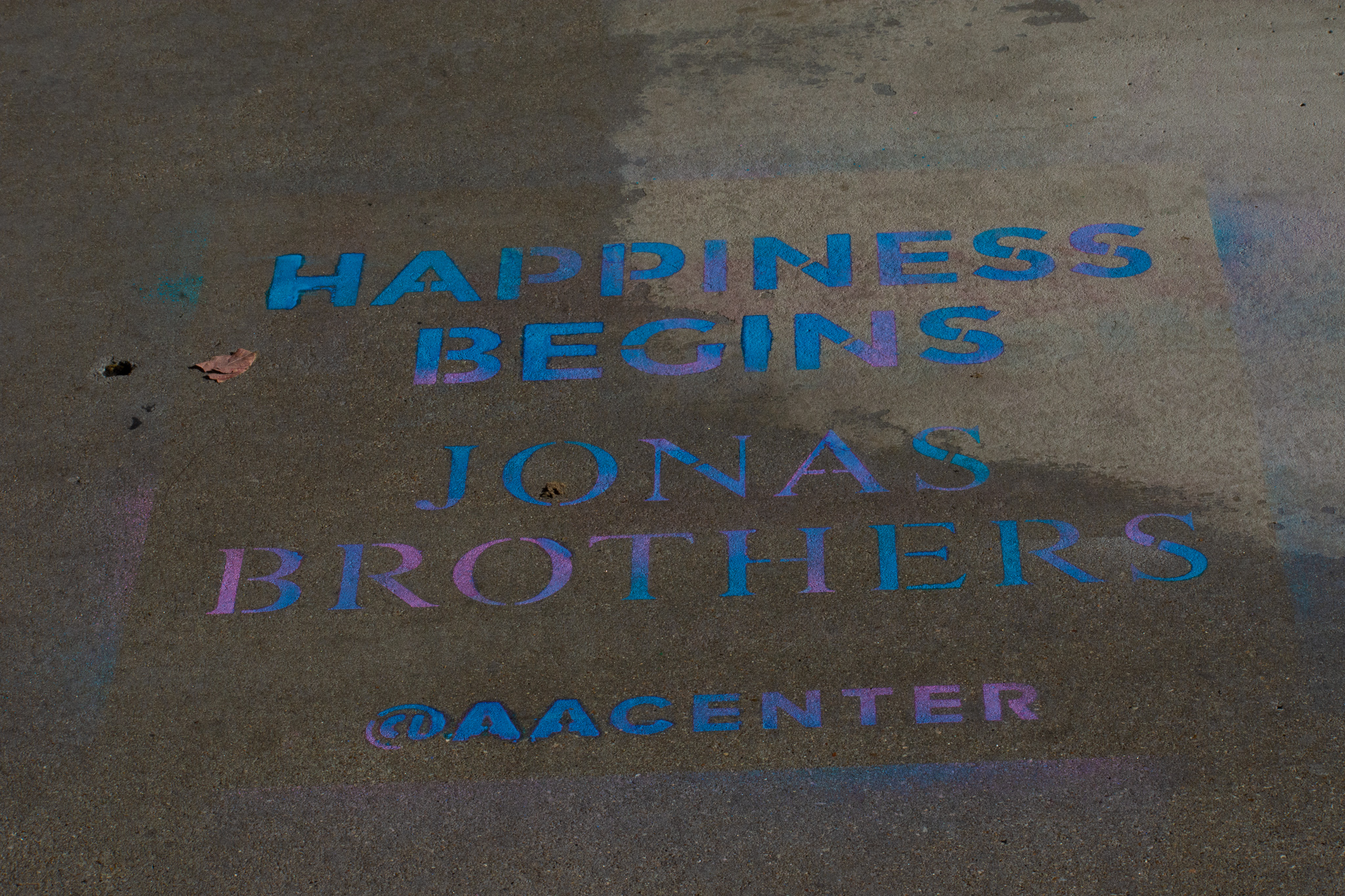 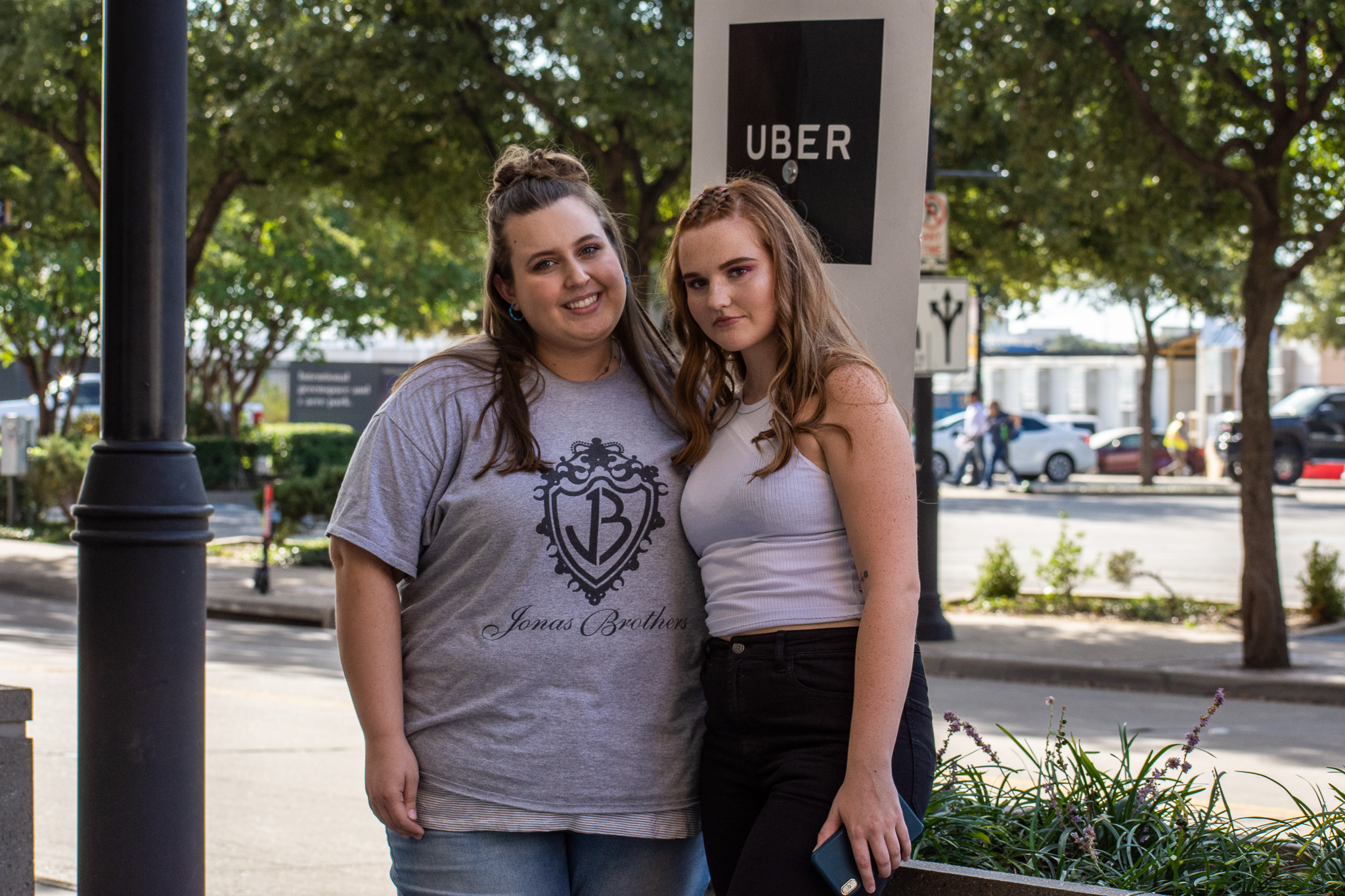 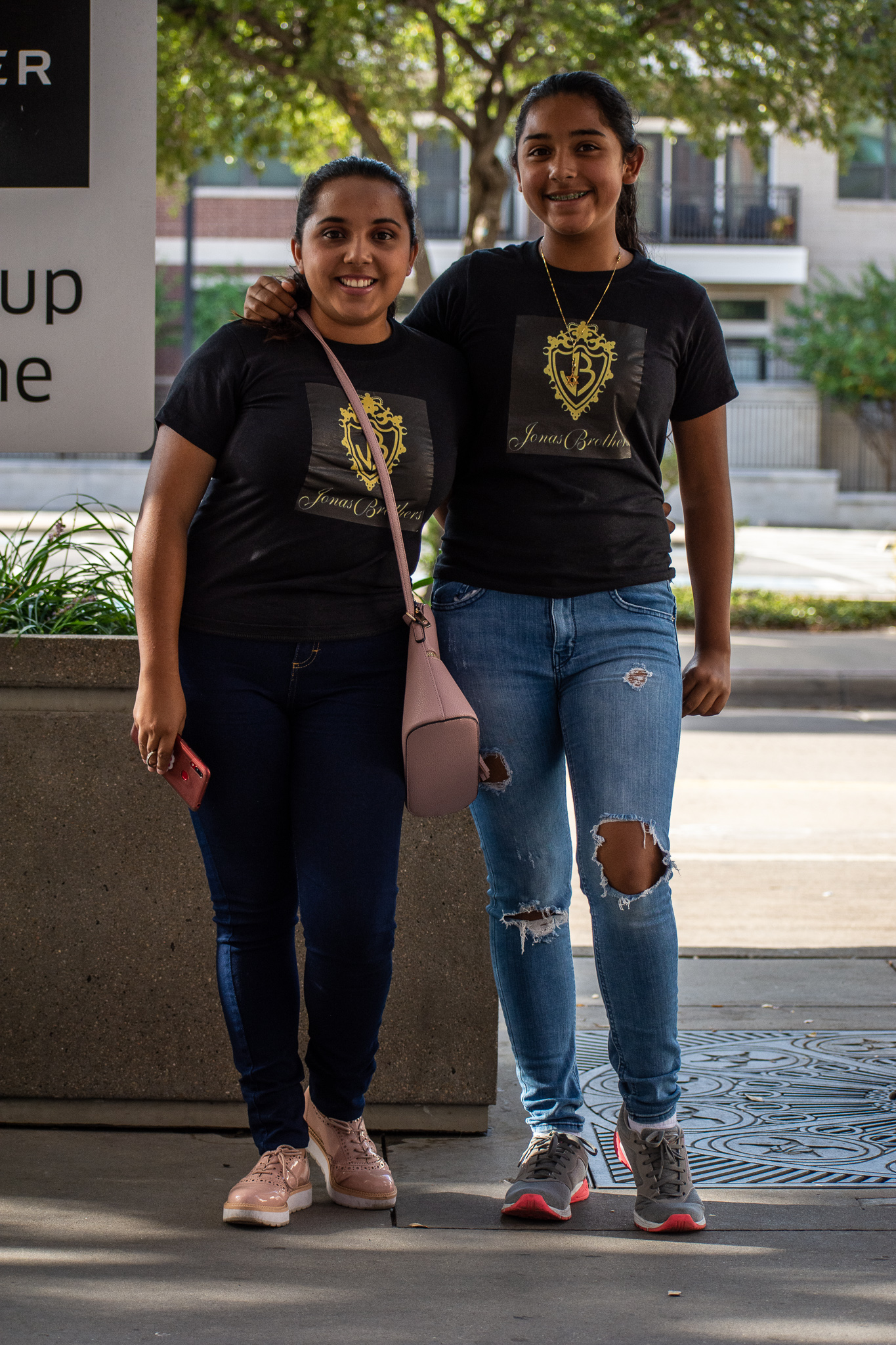 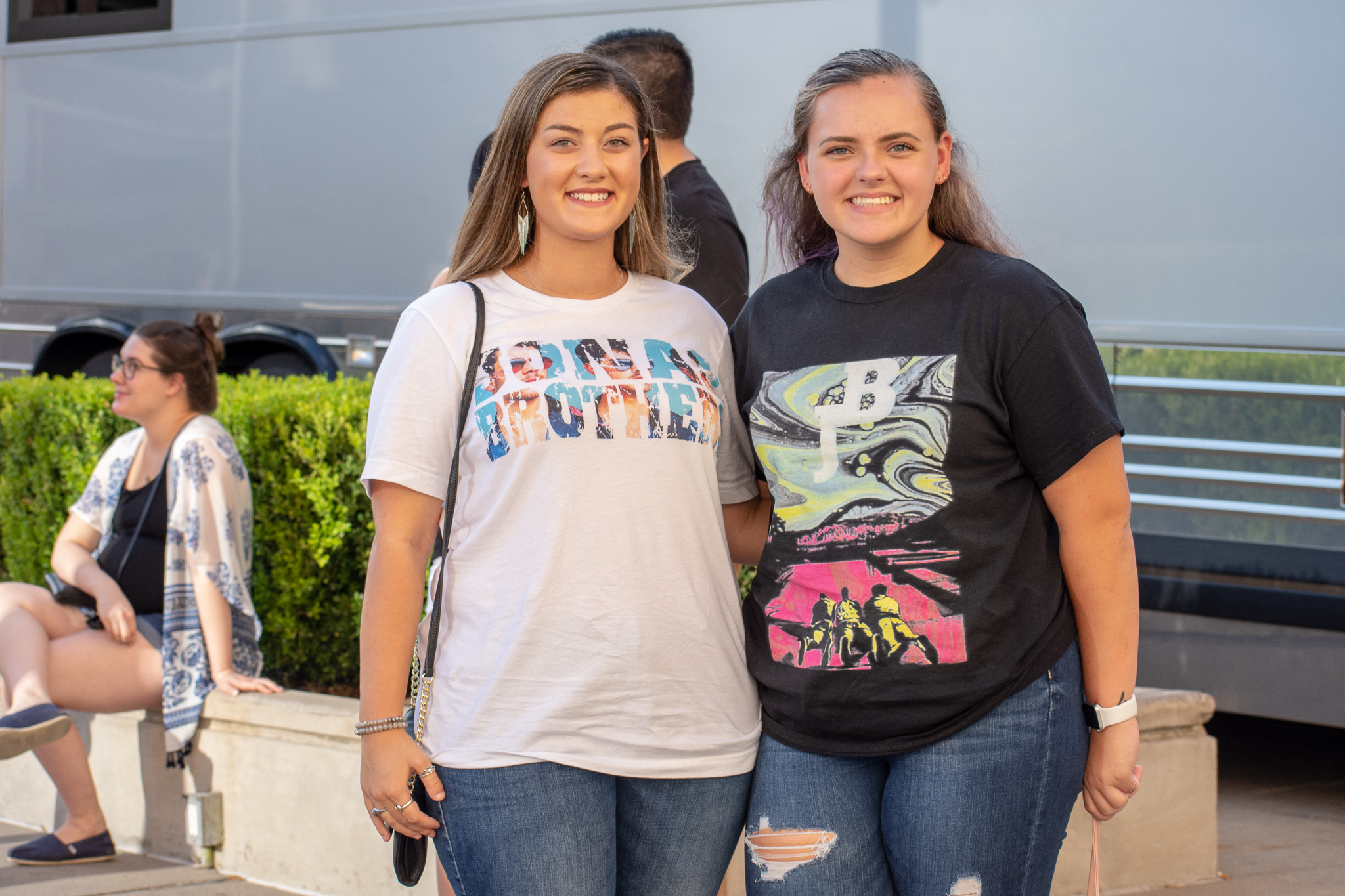 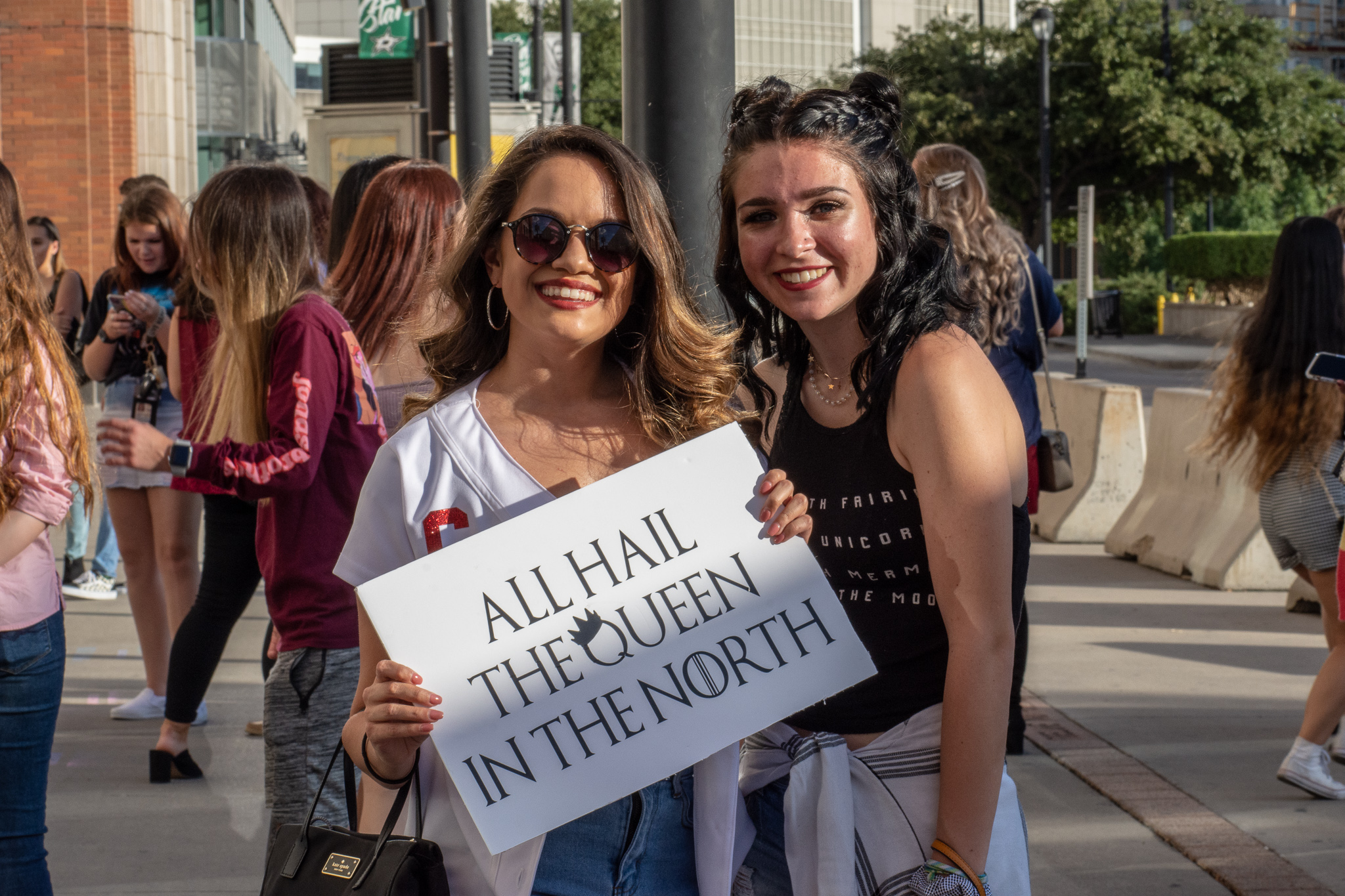 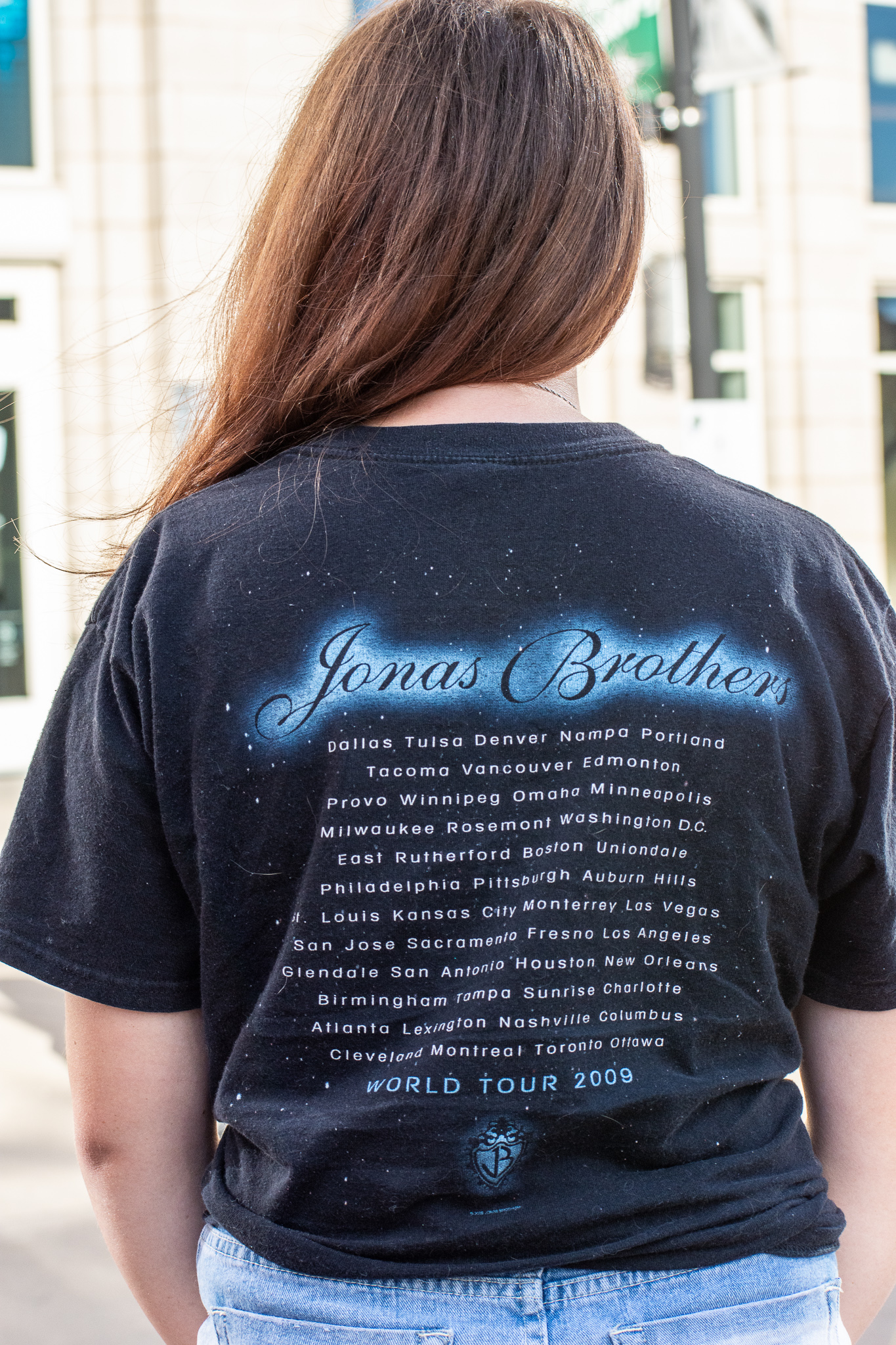 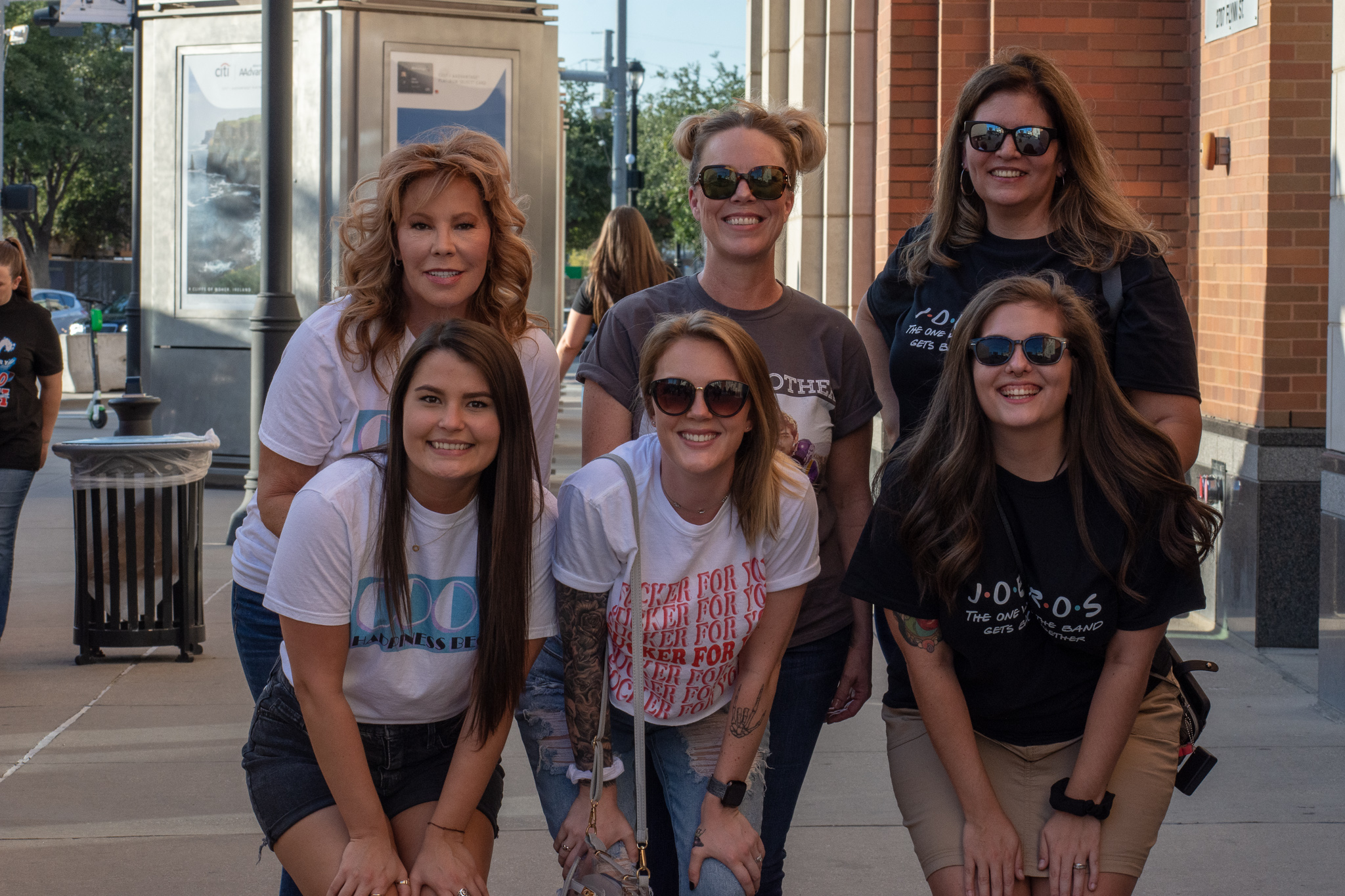 The Jonas Brothers Made A Thrilling Return To (One Of) Their (Many) Hometown(s) On Wednesday For A Fiery, Sold-Out Show At The American Airlines Center.

It was truly deafening.

On Wednesday night, immediately after the Jonas Brothers wrapped up the first song (“Rollercoaster” from their June-released Happiness Begins LP) of their first Dallas set in a decade, their sold-out American Airlines Center audience showered the night’s heroes in screams — shouts so loud that their collective volume rivaled that of any single live music instance this reviewer has heard in 12 years of covering concerts in town.

Indeed, lest there remained any lingering doubt that there’s still a significant demand for the pop-rock supply offered up by this trio of brothers who claim (among many other locales) Dallas as one of their formative past residences, that one moment capably shattered it.

No matter that the band hadn’t performed live together in some eight years before getting together to record their first album in ten years, which spurred the tour that brought the siblings to town on this night.

No big deal that the band’s fan base, just as its members, had been forced to contend with the indefensible forward progress of time during that break.

For 100 minutes on Wednesday night, the Jonas Brothers nary looked for a moment out of lockstep — with each other, with their seven-piece backing band or with the desires of their fans. Following a stretch in recent weeks in which things haven’t necessarily gone their way — either seemingly planned or decidedly not — the Jonas Brothers appeared fully back in the swing of things at this performance, much to the aforementioned audible glee of their fans.

For one thing, they certainly looked the part, with Kevin (31),  Joe (30) and Nick (27) rocking matching, sharp get-ups through two outfit changes over the course of the night. They acted it, too, with each members’ physicality aligning with their personality.

Kevin, in particular, was all smiles throughout the night as he interacted with the backing band and playfully walked around the stage, engaging in leg kicks and shimmies while staying strapped with his guitar the whole time.

Meanwhile, as Joe strutted about the U-shaped stage set up inside of the AAC, his boundless energy exerted itself through the calisthenic-like dances that he engaged in as he sang and interacted with the crowd, which found him signing vinyl records handed his way mid-song and even recording selfie videos on phones shoved his way.

And then there was Nick, who perhaps predictably chose to play things cool, looking somewhat distant while engaging in various face and body poses before sliding back into place whenever it was turn for him to flex the high-pitched falsetto that his brothers don’t quite possess.

With a bevvy of Disney-backed TV and film projects littering their very public backstory, it’s no surprise that this trio knows now, just as it always has, how to put on a compelling show. Signs pasted to the entryways into the arena warned fans of plans for pyro, lasers and other elements being employed in the show, but it was the more personal touches that fans seemed to appreciate. Moves like when the group performed a fan-service medley of their teenage hits late in the show or, right before a brief mid-show intermission, Nick and Joe offered up a competitive back-and-forth by trading verses on their non-Jonas Brothers material (Nick’s “Jealous” and Joe’s DNCE track “Cake By The Ocean.)

It was a set that consciously split the difference, as ever, between pop and rock. At times, the fervor in the room — even with all three members now sporting wedding rings where their infamous purity rings once resided — recalled similar comeback efforts of earlier boy band icons New Kids On The Block and Backstreet Boys. Mostly, it felt more substantial, seemingly downright Bon Jovi-an thanks to their wholesome and catchy pop-rock catalog’s widespread appeal and their inarguable talent’s presumable sustainability.

To that end, the night didn’t feel as backward-looking as one might’ve presumed. With Happiness Begins, the brothers seem intent on establishing their second act, and this crowd — predominantly made up of twenty-something women, but also more than a few dolled-up moms, not-as-bored-as-expected dads and new tween fans — seemed perfectly pleased with that call.

Only briefly, in fact, did the band even acknowledge its area past, which includes time spent growing up in a house on Dallas’ Kiest Boulevard and, later, in a rustic Westlake mansion.

“This is a bit like a hometown show for us,” Nick announced at one point toward the end of the night, before noting how the band used the AAC a decade ago as a rehearsal space for its last arena tour. “We’ve lived in a lot of places, and we were all born in different places — but I was born here in Dallas.”

The crowd shrieked at that, of course — just as it did for most everything the brothers offered up during their show, and just as it had earlier in the night for the show’s poppy opening acts, Olivia Somerlyn and Dr. Phil offspring Jordan McGraw. Turns out, youthful habits are hard to break, and this crowd was certainly committed to matching the high-energy offering the headliners up through various well-rehearsed bits of showmanship. Even as the band entered into a two-song encore (old hit “Burnin’ Up” and new hit “Sucker”) after the clock had struck 11 p.m., these fans were still screaming at ear-piercing volumes.

The band, for its part, seemed to get a kick out of that. Responding to one final, thrilling cheer, Nick called out the band’s next tour stop in Dallas, which is slated to take place in less than three months, on December 6, in the same venue.

“We’ll see you in December for Round 2,” the youngest Jonas Brother said at that point.

And, hey, maybe they will. If last night proved anything, it’s that the Jonases aren’t done yet. Not by a longshot.