[Film Review] It: Chapter Two Fails To Reach Its Potential. 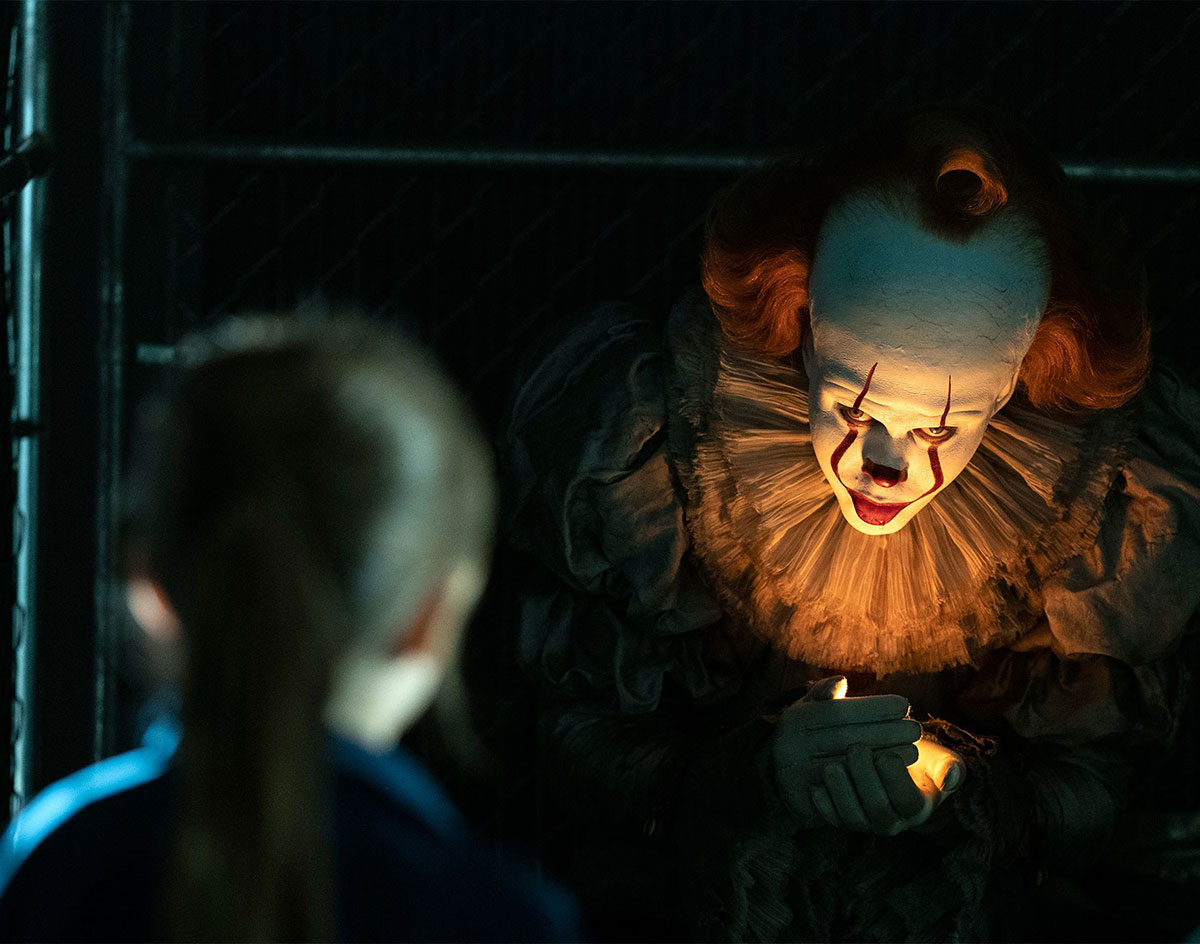 The Second Installment In The Updated Version Of Stephen King’s Classic Fails By Taking Too Many Cues From Its First. But, Y’Know, Bill Hader Is Great.

With 2017’s IT (now with the added Chapter One subtitle), director Andy Muschietti created a perfect mix of charm and horror despite some plot-driven shortcomings. This was thanks to the superb casting of his Losers leads and, of course, professional creepy guy Bill Skarsgård as our boi Pennywise the clown (a.k.a. “It”).

But as fans of author Stephen King know, the beloved author is not brief, and the story of It could not be contained to a single movie. So, here we are with the second and final installment. Much like the second part of the novel by the same name, we pick things up with the Losers a full 27 years after the fateful summer of 1989.

Rvery one of the kids but Mike Hanlen (Isaiah Mustafa) has moved away from the cursed town of Darry. Bill (James McAvoy) is a popular author whose bad endings are a recurring joke. Bev (Jessica Chastain) is tragically in an an abusive marriage with a fashion designer. Richie (Bill Hader) channeled his sarcastic quips into a career of stand-up comedian. Ben (Jay Ryan) lost all of the weight, got hot and became an in-demand architect. Stanley (Andy Bean) has a seemingly nice and stable married life. And, finally, the uptight Eddie (James Ransone) is a insurance risk assessor.

When Pennywise shows up again to kill — beginning with the victim of a horrible hate crime — Mike calls up the rest of his former friends, who seem to have no recollection of their childhood, to fulfill their childhood promise to stop Pennywise should he come back. Seems the bizarre rule is that, the farther away you get from Darry physically, the more your memories from your time there fade. Still, the Losers all have a horrible and visceral reaction to Mike’s call to action — even if they don’t remember why. Once the group finally gives in and gathers, they slowly start to remember everything — including each other — and must go confront their own personal and clown-shaped demons in order to perform an ancient ritual that will put a stop to the killer clown.

Alas, much like our protagonists’ memories, It: Chapter Two is a bit of a hazy mess of a movie. Too long and full of undeveloped plot lines, the almost three-hour run time is an exercise in punishment — in a way that was present, but not overwhelming, in the first movie.

One big problem is that the structure of the sequel feels repetitive. For one, it takes 30 to 40 minutes to get the Losers together, only to then have all of them split up to go through their own horrible scare sequences — and then do the same exact thing later on.

Not only that, but Pennywise as a threat feels diminished.

Whereas It: Chapter One was built on the trauma and grief around the death of Georgie (Bill’s young brother), Chapter Two is shaped around still-horrific Pennywise atrocities that mostly exist in a vacuum because we don’t see their aftermath. It’s tough to decide if it’s the source material or Muschietti’s blunt touch that has aged worse, as some very harsh scenes touching on suicide, homophobia and domestic abuse aren’t given their proper levity.

Chapter Two also runs into the issue of self-aggrandizing. You can tell the filmmakers are aware of the iconic status of their story and its visuals — like the drain where Georgie is killed. Characters constantly reference their own dialogue from the first movie in a way that feels both implausible and mildly masturbatory, even with copious flashbacks to the 27-years-ago cast’s timeline.

On the bright side, kudos to the casting team. Eddie and Stan are cast as insanely spot-on older versions of themselves. Even Jay Ryan as the grown-up Ben shows the pain of an insecure kid who just so happens to have a six pack. But the true MVP of the movie this time is not Skarsgård; rather, its Bill Hader, whose Richie has a great presence to go with the film’s most poignant and heartbreaking emotional arc.

Unfortunately, bankable A-Listers Chastain and McAvoy are the weaker links here. McAvoy just looks goofy as hell riding around on his rusted childhood bicycle for the majority of the movie. Meanwhile, though Chastain turns in a fine performance with the material she’s given, her Bev is ultimately just around to serve the men in the group.

Keep in mind: These critiques are all based on the movie alone; they do not take into account any of the changes made from the book that inspired it, of which there are many. It’s clear that this movie is too interested in recapturing the magic of the first that it ends up crippling itself in the end. Still, let’s not act the book inspiration of Chapter Two is anywhere near Chapter One‘s, either.

If there’s one thing grown-ups can take from It: Chapter Two, it’s that a slavish devotion to the successes of our pasts can derail a well-intended effort.