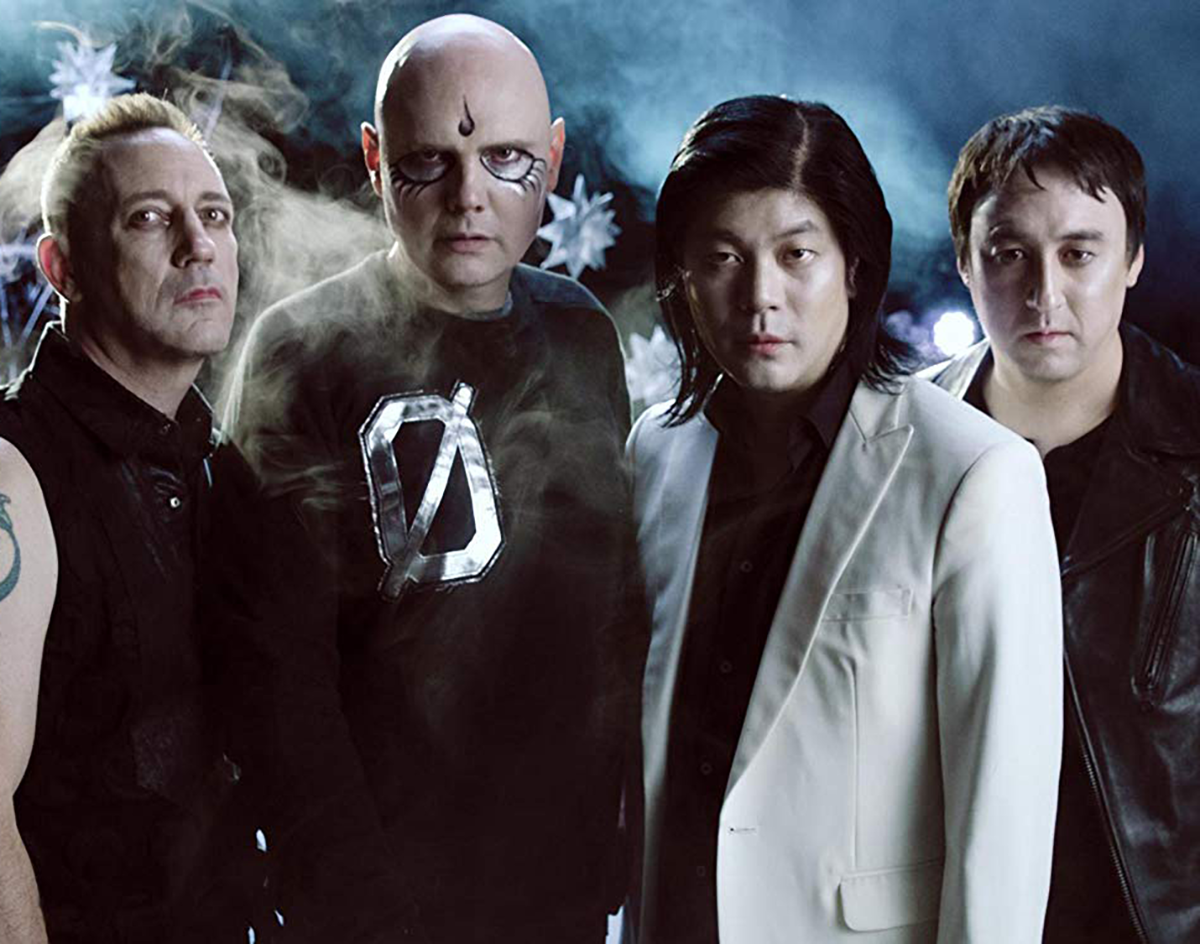 Spread Your Butterfly Wings With Smashing Pumpkins, Unleash Your Inner Barracuda With Heart And Pop The Trunk With Yelawolf. Plus More!

Some people have on social media this week have claimed the devastating fires in the Amazon right now aren’t getting enough coverage. While we aren’t afraid of a challenge, we here at Central Track also enjoy shedding light on things that might otherwise go unnoticed.

Now, you’re probably expecting a rant about climate change, and while that is a very real and looming threat, environmentalists say the fire was actually started by humans intentionally. Brazil’s space research center reports the number of fires in the region are up 80 percent from last year, of which, people are suspected to be responsible for 99 percent of. Pretty shitty, right?

It’s not exactly a surprise, though, as the nation’s far-right president, Jair Bolsonaro, has continuously said deforestation of the Amazon for business development would be one of his administration’s top priorities. Many are worried cattle ranchers who buy into his business promises are taking matters into their own hands to cause the fires.

Often called the “lungs of the planet,” the region, which is estimated to be home to millions of plant and animal species and at least one million indigenous people, lost about half the size of Rhode Island in square miles of forest last month.

Much like some… domestic politicians, Bolsonaro has decided to perpetuate conspiracy theories that it’s actually those who oppose his policies who are to blame for the fires in efforts to make him look bad. Um, ok.

As it continues to feel like the whole world is literally burning to the ground, little hope remains. There are ways to stop the fanning of the flames, though. Before you check out this list of things to do, consider donating to the Amazon Conservation Association. Mother Earth will thank you. So will your lungs. Now, go have a good weekend with one of these rad events, you amazon-saving hero. — Alec Spicer

Mutual Benefit at Club Dada
Austin-affiliated singer-songwriter Jordan Lee first made waves in 2013 with the release of his debut LP Love’s Crushing Diamond, which was bestowed the “Best New Music” label by Pitchfork. They sang a completely different tune in 2018 following the release of his latest LP, Thunder Follows the Light, but hey, that’s the way it goes in this game. — Garrett Gravley

Heart at Dos Equis Pavilion
Elle King (Rob Schneider’s daughter whose backing band, as we’ve mentioned before, has ties to Denton) opens, as Joan Jett skips us to apparently take a day off between playing Houston and Albuquerque. — GG

O.A.R. at The Pavilion at Toyota Music Factory
You’ll have to dig deep into your memory box for this band. O.A.R. has spent two decades giving you those family-radio hits you love. You might recall “Shattered (Turn the Car Around)” or “Love and Memories.” Now, they are on tour for their fifth album, The Mighty. — Jessika Hardy

Everlast at Gas Monkey Bar N’ Grill
With a music catalog spanning out nearly 30 years, Everlast has truly lived up to his name. Since leaving the iconic hip-hop group, House of Pain, he has had resilient solo-career. Remember “what it’s like?” Yeah, that’s him. David Michael George and Mongo open. — JH

Kelly Willis and Bruce Robison at Kessler Theater
This alt-country husband and wife duo from Austin is coming back to town and we love to see it. — JH

Improv Lotto at Dan’s Silverleaf (Denton)
This is exactly what it probably sounds like — a group of local artists being drawn out of a hat to form improv collectives. The best part is that all proceeds are going to KUZU. — AS

Silence in the Snow at Armoury D.E.
This Oakland-based duo just released a new album that post-punk.com calls one of the most underrated in the genre. Thief and Rosegarden Funeral party open. — AS

’80s party with Tim Cappello at Three Links
Remember Tina Turner’s perpetually shirtless saxophonist who also had a scene in Lost Boys? Well, he wants to take you back to his oil-soaked heyday for a bitchin’ time. — AS

Mean Motor Scooter at Main at South Side
Before they head west next month, do yourself a favor and catch Mean Motor Scooter hot off the release of a new EP. Henry the Archer, Dogs & Diamonds and Ruff Wizard open. — AS

Ottoman Turks + The 40 Acre Mule at The Granada
What’s better than one new album? Two new albums, obviously. And while we’re on the subject, name a more iconic, brotherly duo to share an album release party in Dallas. You can’t. — AS

Joyryde at Stereo Live Dallas
Joyryde is a DJ and producer paying us a visit from across the pond for the North American phase of his “Brave” tour. — JH

Back in Black Tribute to ACDC at House of Blues
Ok, sure, this is another cover band, but can we at least appreciate that they didn’t try to get cute with a pun for the band name? — AS

Refinery at Shipping & Receiving (Fort Worth)
This lineup is full of solid indie-rock and pop acts that you really can’t miss. McAllister, Panther City Riots and Still House open. — JH

Trees Local Showcase
What’s better than a bunch of local music at one of the best local venues? We don’t have the answer. This lineup features Lowside, Marcus & Jess, Syrio, Fifth Phoenix and Sun Gun Sam. — JH

Palooza 1993 Tribute Festival at Gas Monkey Live!
Lollapalooza is one of the more forgettable ridiculously-priced festivals, but the 1993 iteration of the festival is worth remembering. The folks at Gas Monkey have booked a bill full of tributes to the bands who anchored the festival such as Tool, Rage Against the Machine and more. — AS

About You album release at Sundown at Granada
This Boston-based band is choosing to host its debut album release party here in Dallas for some reason, but we aren’t complaining. — AS

George Clinton and Parliament Funkadelic at Bomb Factory
Not to be confused with George Clanton, whom we have interviewed in the past (yes, we’re really plugging this), George Clinton is a funk legend who should need no introduction. If you’re not familiar with his work, you should listen to Maggot Brain in its entirety. It’s a fantastic album. — GG

Mogwai at Canton Hall
Hardcore will never die, but you will. Papa M (the solo project of Slint’s David Pajo) opens. — GG

The Bird and The Bee at Trees
This Los Angeles indie pop duo uses “The Bird” to describe vocalist Inara George and “The Bee” to describe keyboardist Greg Kurstin. They don’t appear to be named after a suburban parent’s euphemism for sex. — GG

YELAWOLF presents Devil’s Pass at House of Blues
Are we the only one who gets this guy confused with Machine Gun Kelly? He released an album called Trunk Muzik III earlier this year that he took shots at fellow white rappers G-Eazy and Post Malone on. — JH

Rubber Gloves Rehearsal Studios Grand Re-Opening (Denton)
With the exception of the soft openings for events such as ThineLine fest, Rubber Gloves will finally rise from the dead this weekend, and based on the upgrades it got, we couldn’t be more excited. — AS

Mind Spiders at Main at South Side (Fort Worth)
The Dirtnap Records-signed Mind Spiders born from the hiatus of the Marked Men are playing a hometown show and will be supported by Nervous Curtains, The Fibs and Pink Fuzz. — JH

Rebirth Brass Band at Granada Theater
Having played stages all over the world, this funk-meets-hip-hop collective is known for its signature French Quarter sound. — JH

Boombox Cartel at Stereo Live Dallas
Half of this electronic duo is from Texas, so you have no choice but to at least check them out. They’re also signed to Diplo’s Mad Decent record label so it’s not like they’re your ex-boyfriend who claims to be a DJ full-time but only drops a new mix every six months. — AS

Avi Kaplan at Kessler Theater
Avi Kaplan is a former member of the grammy award-winning a cappella group Pentatonix, but in 2017 he retreated to the woods of Tennessee. Now, he’s out of the woods with his own solo work. — AS

Desus & Mero Live! at The Majestic Theatre
The Bodega Boys are some of the fastest rising podcasters in the game right now and now you can catch their show live. — JH

Grailfest 2019 at The Holy Grail
The Holy Grail is celebrating turning 10 years old with beers made specifically for the celebration and live music literally all day. — AS

The Varukers at Three Links
With a career spanning nearly 40 years and 17 releases, this British punk band is still causing chaos in 2019. And good. — AS

TLC at The Pavilion at Toyota Music Factory
17 years after the tragic death of Left Eye, TLC are still at it. One week sfter Chilli’s highly-publicized performance of “No Scrubs” with Weezer at Coachella this year, the R&B legends announced a headline tour “with special guests.” — GG

Mannequin Pussy at Three Links
This band just dropped a banger of a new album that’s already getting a ton of acclaim. You don’t need another reason. — AS

Bob James, David Sanborn & Marcus Miller
It’s the first time the jazz trio have collaborated on a project in three decades. This is promised to be one of the smoothest events we’ve ever listed. — JH

Hawthorne Heights + Emery at Trees
Give in to that middle school angst with a little bit of emo nostalgia. — AS

Brave Combo at Dan’s Silverleaf (Denton)
Denton-based Brave Combo is a band that quite swimmingly does it all. Including playing polka in support of animals and senior citizens. There it is. The segue of the year. — JH

Dezorah at Backyard on the Bell (Denton)
This post-prog band has dominated much of the Rio Grande Valley, and now it’s visiting us all way from McAllen. Sub-Sahara, Us Presidents and Soggy open. — AS

Pepe Aguilar at American Airlines Center
This San Antonio native is highly decorated with countless grammy awards. He has also put out 29 (yes, 29) bodies of work since 1989. Legends only. — AS