Your Annual Reminder That The State Fair Of Texas Sucks. 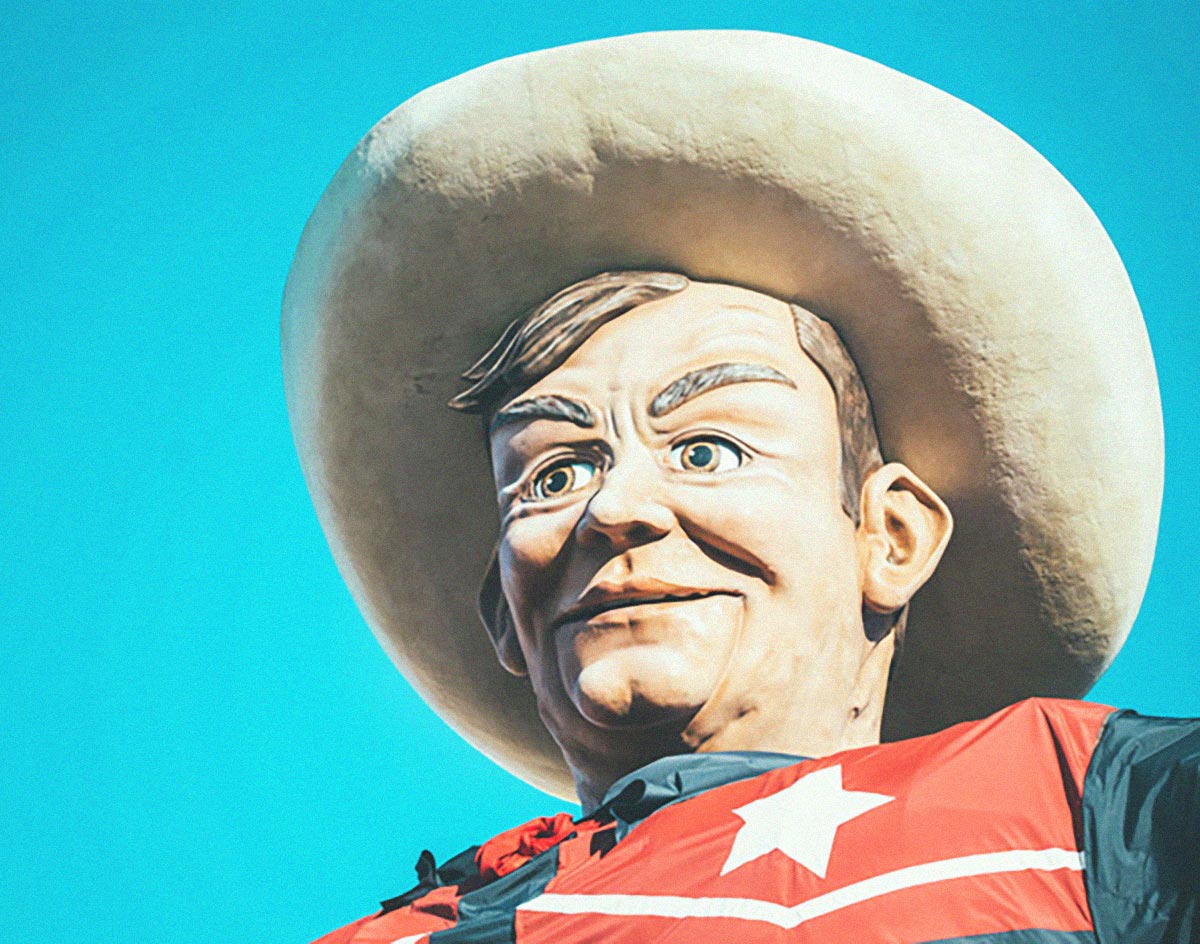 What? You Thought We Weren’t Going To Talk Our Shit This Year About How The State Fair Of Texas Is Trash? LOL, C’mon. That’s Not How We Play.

Unlike seemingly every other media outlet in Dallas and, to a degree, the whole goddamn state, we here at Central Track aren’t exactly enamored with the State Fair of Texas. Why? Because, for starters, we’re not kids any more, and we’re no longer oblivious to the ways of the world. But also for a litany of other reasons, which we’re all too happy to explain to you here, in our series that dissected the problems of this annual celebration over the entire course of the fair’s 2017 and 2019 runs. While not part of those earlier-published series, consider this post an addendum, update and reminder.

Well, we’re more than halfway through the run of the 2021 State Fair of Texas — and, wait, you didn’t think we’d let these proceedings pass us by this year without once again stomping on the annual tradition, did you?

Lest you’d forgotten: The State Fair of Texas, now as ever, remains a hot, stinking pile of garbage.

Why? Well, for starters, there are all of the 50 reasons we’ve already gotten into on this site in recent years as part of our “Why The State Fair Of Texas Sucks” series. (Choose your own adventure and click on the reason you like the best in the list at the bottom of this post!)

But, hey, let’s talks some bonus reasons for 2021 real quick, shall we? Because, after first canceling its 2020 proceedings, and then doubling back on that decision to instead host a lame-ass drive-through version of its proceedings as  during a global pandemic, the state fair is back in action for 2021, baby! And it’s got a whole new bag of tricks up it’s sleeve, too! (Spoiler: They’re almost uniformly shitty.)

For one thing, let’s talk about a switcheroo the fair’s pulling on the citizens of Dallas in terms of policing. After years of being criticized as a strain on the Dallas Police Department because its officers are responsible for the safety of fairgoers, the fair announced that it would be 75 retired police officers to take over those duties this year. Hey, less a reliance on city resources from this not-at-all public entity? We’re all for it! Except, well, turns out the change doesn’t really amount to much at all. While these newly hired retired cops will man various information stands, work lost-and-found operations and walk the grounds to assist fairgoers, DPD confirms that there will be “no reduction in the number of officers at the fair” and that the cops on hand, while no longer asked to serve as glorified Costco greeters on behalf of the fair, will still be out in force to observe potential criminal activity.

Speaking of state fair employees, noted State Fair of Texas media partner Dallas Observer would have you believe that the fair’s return will be having a massive financial impact on the vendors who went without it last year. While we have no doubt that this is the case, it’s just another troubling example of the State Fair of Texas’ tired trickle-down economics mentality that, as you might expect, doesn’t really work out for the little guy. See, as Eater notes, many of the fair’s more iconic vendors are struggling with staffing issues during this year’s run — even as the fair itself promised to up its hourly wages for temporary employees by a whole dollar an hour to a whopping $12.38 per hour rate this year. Wait… what’s that? You’re not surprised that the state fair is running into the same reckoning that the restaurant industry at large is running into post-pandemic? Good! You shouldn’t be! It’d be a real shame if you thought that this organization and its hanger-on lackeys were anything other than sketchy when it came to talking about the greater good that they provide anyone outside of their circle.

Oh, and that’s not the only weird thing about money going on with the fair this year, either! Did you know that the fair has tinkered with its ticket-based economics this year? Well, it has! Now, if you wanna buy whichever fried monstrosities they’re slinging on the grounds this year, you’ll be doing so with tickets that go at $1 a pop now as opposed to the 50-cent rate they used to run. To hear fair whores talk about it, this is great news! All those tickets they saved from previous years just doubled in value! Yippee! Please. You think everyone saves these tickets from year to year? The head-assery of this set is truly mind-blowing sometimes. Listen: If you think this isn’t just an excuse to part attendees with even more money through a system that’s specifically designed to do so, I’ve got a whitewater-rafting operation in the Trinity River that I’d love for you to invest in.

On the other hand, hey! You can get $20 in free fair tickets if you get vaccinated — as everyone should! — at the State Fair of Texas this year. Pretty cool, right? Hmmm. Well, beyond the fact that it rewards people who’ve waited about half a year longer than they should’ve to get poked, it’s only residents of Dallas County who can benefit from it. Why’s that? Oh, because the State Fair of Texas isn’t actually behind that operation, you silly goose! See, the Dallas County Health and Human Services department is, and they only have the funds to take care of the citizens under their own jurisdiction as opposed to the whole state’s. Surely, though, the fair is doing something, right? You’d think! But, nope, it’s not really doing a damn thing but covering its own ass. Here’s the State Fair of Texas’ official position on the still-ongoing pandemic, per their own posted protocols on the matter, during which they recommend masks and vaccines but refuse to cross the line of requiring these things, even in inside spaces: “COVID-19 is an extremely contagious virus that can lead to severe illness and even death. An inherent risk of exposure to COVID-19 exists in any public place regardless of precautions that may be taken. By entering the fairgrounds, you voluntarily assume all risks, hazards and dangers related to exposure/contracting COVID-19, and voluntarily waive all claims and suits against the State Fair of Texas.”

That’s some sexy legalese right there! Talk about a brand that really stands by its fans, huh?

Here’s the thing: There are a lot of great things to love about Dallas. Hell, the Fair Park neighborhood surrounding the fairgrounds — that gets ravaged by its 24-days run, year in and year out — is culturally significant in its own right, with many institutions worthy of your support. There’s a reason, after all, that this region was formally designated earlier this year by the Texas Commission on the Arts as one of the state’s official cultural districts.

But the State Fair of Texas itself? It’s just bloated nonsense. It is, as we’ve been crowing on about for years now, the absolute worst. Has been since the jump, too.

This is no longer a debate. We know we live in an era in which reality no longer carries the weight it once did, but the facts are clear.

(Y’all know you can get corny dogs at other locations and during other times of the year, yeah?)

50 Reasons Why The State Fair Of Texas Is The Worst: