Why The State Fair Of Texas Sucks: Its History Is Super Racist! 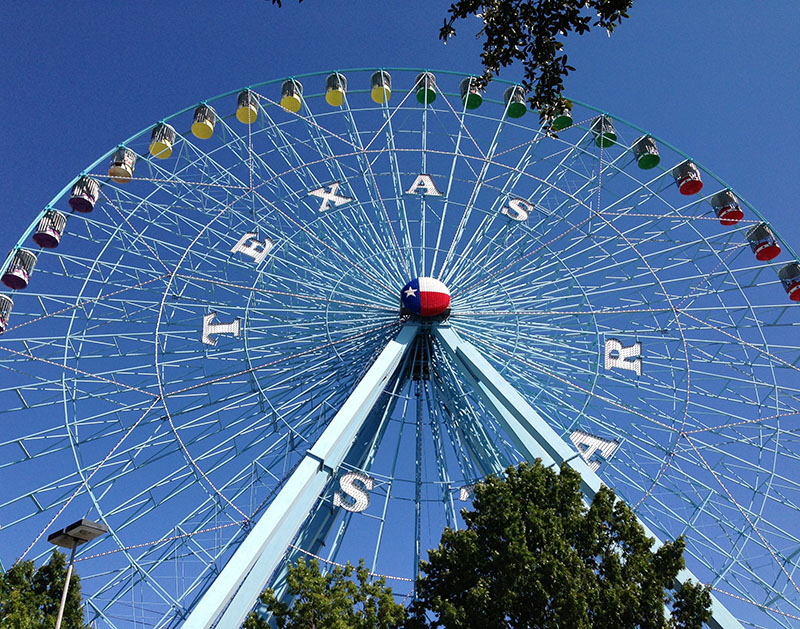 On October 23, 1923, The Ku Klux Klan Used The State Fair To Host Its Largest Initiation Ever, As It Welcomed More Than 6,000 New Members Into Its Ranks.

Unlike seemingly every other media outlet in Dallas and, to a degree, the whole goddamn state, we here at Central Track aren’t exactly enamored with the State Fair of Texas. Why? Because, for starters, we’re not kids any more, and we’re no longer oblivious to the ways of the world. But also for a litany of other reasons, which we’ll happily run down for you here, one per day, over the entire course of the fair’s 2017 run. Here is the first entry into that series.

With all the recent chatter around Dallas about Confederate monuments being torn down, the general position of those against the removal of these shrines has usually centered around exasperated notions that “our local history is being erased.”

Well, we’re here to call bullshit on that. Dallas’ history will never be erased — not even, unfortunately enough, when that history includes the supremely racist past of the State Fair of Texas.

Sorry to break the hearts of any hyper liberal hardcore State Fair of Texas fans out there, but you should know that the organizers of the state fair actually used to have an official day designated for the members of the Ku Klux Klan.

You see, back in the 1920, the Klan found fertile recruiting ground among Dallas’ many fraternal societies, law enforcement organizations and small business owner groups, and was able to expanded its reach to the point that, at one point, the racist group represented about one third of all eligible members (read: white adults) in Dallas. That influence soon infiltrated local government, reaching Dallas City Hall and various county-wide elected posts alike.

And, on October 23, 1923, that reach hit full bloom in the form of a new officially designated Ku Klux Klan Day at the State Fair of Texas.

A total of 160,000 people attended the fair that day, including a number of out-of-town visitors. Later that night, the Klan took full advantage of that audience too, gathering 25,000 people at the fairgrounds’ football field to witness the largest Klan initiation ever recorded. During that ceremony, 5,631 men officially joined and about 800 women formally joined the ranks of that group.

So, y’know, munch on that the next time you walk past those gates, ready to drop 100 Big Tex tickets on a small soda and a corn dog.