The Spread: A Fourth H-E-B Is Coming To North Texas. 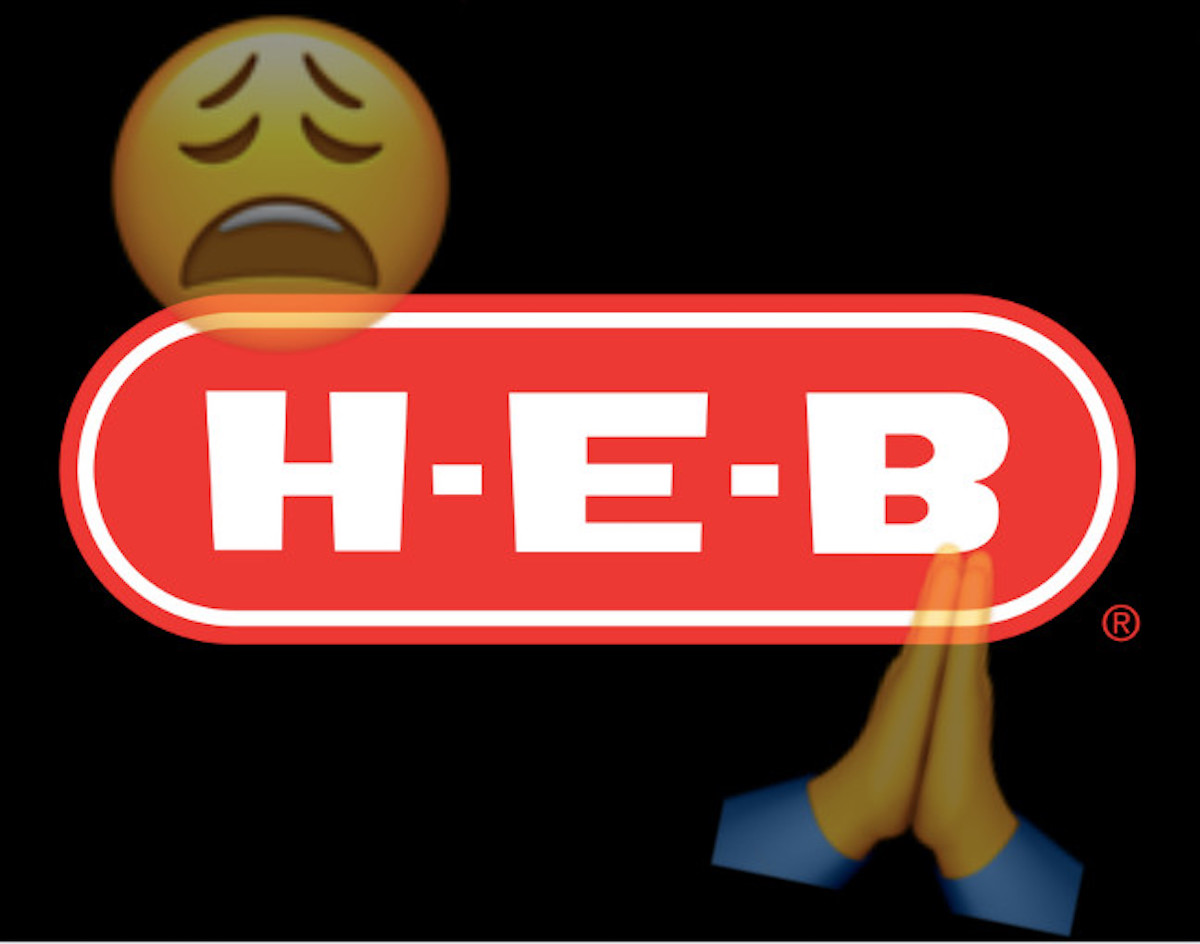 The masses rejoiced at the news of the San Antonio-originated supermarket chain coming to North Texas. The H-E-B’s are coming to McKinney, Frisco and Plano — the latter two locations being set to open this fall, and McKinney’s in 2023. But now, we can add one more to the roster — Allen.

The Allen H-E-B will be located across Allen High School, the North West corner of State Highway 5 and Exchange Parkway, according to CultureMap Dallas. There’ll be a groundbreaking event on May 25 and the store should be complete in 2023. According to The Dallas Morning News, the company bought the property way back in 2014, but construction permits were just filed on May 16.

We can’t wait to see its weird sentient paper bag mascot in Collin County. There are no stores coming to Dallas County yet, so we’ll have to continue to make do with H-E-B’s bougier spin-off stores, Central Market, in the meantime.

The welcoming of this beloved grocery store is a win for the state of Texas if you ask us. Speaking of the state of Texas, we have State Fair news — if you even care. 2022’s theme was just announced to be “Taste of Texas,” celebrating what is allegedly the best part of the fair. There’s a sticker sheet-inspired collage that commemorates the theme and it pains us to admit, but it is kinda cute.

While the State Fair isn’t something we here at Central Track want Texas to be known for, here’s some national recognition we can get behind. Project Pollo, the plant-based drive-through “chikin” restaurant on Greenville Avenue will be featured this Friday on the season finale of ABC’s Shark Tank.

This will be owner Lucas Bradbury’s second visit with the sharks. Back on season 13, when Bradbury was still based in San Antonio (San Antonio stays winning with this week’s news), he asked for $2.5 million for 5% of the company, according to an interview with DMN. With the value of the business having sky rocketed, it’s time for the budding franchise to get some more investment. Bradbury’s goal is to open 100 restaurants in five years (two more locations in Dallas and Fort Worth are already in the works.)

These days, Instagramability is a major factor for new shops and restaurants. Enter The Dolly Llama, a Los Angeles-based ice cream and waffle shop that is opening its first Texas location right here in Dallas. Its top seller is the Dolly’s Dream Bubble Waffle, made with a a traditional Hong Kong Bubble Waffle, Ultimate Cookie Monster Ice Cream, chocolate sauce, whipped cream, brownies and strawberries. You can also build your own dessert with an unlimited amount of toppings.

The grand opening is going down Saturday, May 28 and starting at 12pm, the first 100 customers will receive a free Dolly Llama T-shirt and other merchandise.

Now to highlight someone who’s truly doing some good for the community. Already covered by multiple publications, including The Washington Post, Our Place Restaurant owner Benji Arslanovski in Mansfield has been handing out free baby formula.

Were you aware there’s a baby formula shortage going on? Inventories of it have been down almost half this month, partly from the effects of supply chain problems, but mostly from the closing of maker Abbott Laboratories in Sturgis, Michigan. The facility was closed after formula products were recalled when the connection between two infant deaths the formula was being investigated. Abbot said there wasn’t a connection.

Arslanovski decided to buy cases of baby formula from his restaurant’s distributor and give it out to families in need. He’s spent around $3,700 on 56 cases so far — an act of giving back to the community after it helped his restaurant survive through the pandemic.

We just love this type of news.