The Spread: 50 Miles Worth Of Corny Dogs Were Served At The State Fair Of Texas. 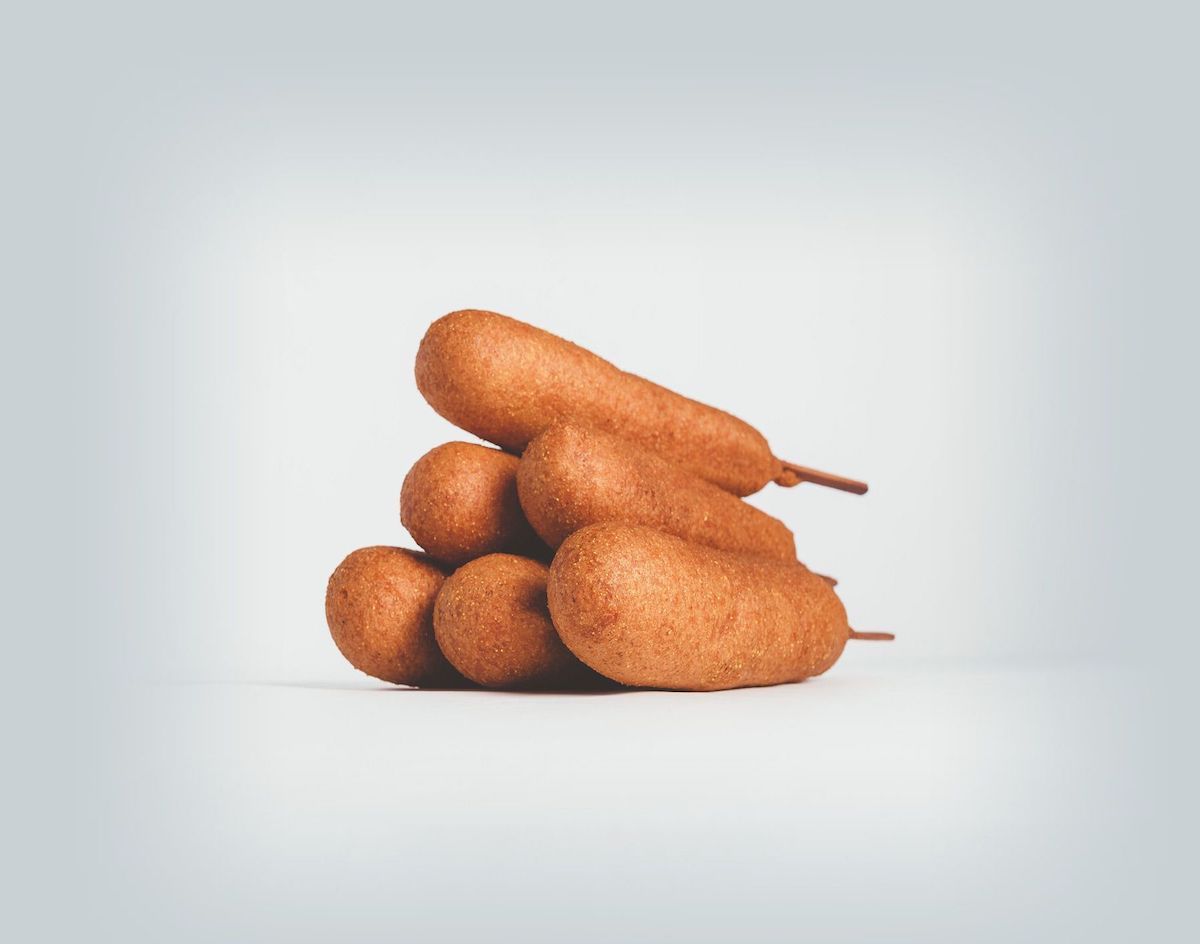 All the best food joints from around the country eventually make their way to North Texas, don’t they?

At least that’s what iconic Chicago hot dog joint Portillo’s has in store for its own forthcoming expansion plans. The Illinois favorite has plans to open “in a town near Frisco” in 2022, according to Chicago Tribune. Known for its stacked beef and sausage sandwich, and of course their Chicago-style hot dogs that are topped with mustard, sliced tomatoes, pickles and peppers, Portillo’s has also recently gone public, offering shares of the restaurant for only $29.

While we’re on the subject of stocks: A new burger joint coming to Mockingbird Station called Wulf Burger will offer burgers and other sandwiches on red buns. According to CultureMap, the red buns are made with a beet stock. In addition to burgers, Wulf Burger will offer chicken sandwiches, fries and Impossible burgers. Anyone else instantly reminded of the infamous “pretty patties” from SpongeBob Squarepants with this news?

Speaking of beloved things, hot chicken has been all the rave this year — and, apparently, Dallas still can’t get enough of it. So, here’s another to add to your list of favorite hot chicken spots around town: The Nashville-based Hattie B’s is gearing up for an opening in Deep Ellum sometime next year. In advance of that arrival, Eater Dallas notes that the hot chicken joint is planning a series of pop-ups throughout Dallas next weekend, which means you can get a taste of their chicken sandwiches, waffles, nuggets and fries at Peticolas, Klyde Warren Park and Braindead Brewing. Now that’s hot!

Now, let’s switch things up little Katy Perry-style for a second — because there’s nothing hot about Popolo Red’s, which could be the next hot restaurant in Dallas. Founder Bob Shema‘s crafted “cold-cut” pizza recipe that was inspired but by his life growing up in northeastern Pennsylvania. Popolo Red’s pizza is meant to be served and eaten cold — not the “leftover pizza from last night” kind of serving, though, because it’s still made with fresh ingredients. He calls his creations “Italian tomato pies,” and they can be delivered, or ordered via Profound Farms, according to CultureMap. Sure, when Shema eats cold pizza, it’s an “Italian tomato pie,” but when I do it, I’m “a glutton” or “losing control of my life.” Whatever!

Speaking of gluttony, fairgoers sure had a lot of that going on this year. In 24 days, over 80,000 pounds of cane sugar was served in the form of cotton candy at this year’s version of the State Fair of Texas, according to Dallas Observer. Also? Over 520,000 corn dogs were sold this year. Evidently, this is 50 miles of corn dogs! 50 MILES! The Observer says this is enough to “make a line of corn dogs from the front gate of the State Fair along Interstate 30, past Jerry World, past downtown Fort Worth it would end somewhere east of Weatherford.” Yeesh.

Just like the State Fair has come to an end, Fred’s Texas Café‘s run has too — at least at its current location. The beloved Fort Worth burger joint is closing its doors at the end of the year and moving to a larger location on Camp Bowie Boulevard, per Fort Worth Magazine. Good thing, too, as we’d hate to see Fred’s go. It’s one of the G.O.A.T.s!

Staying on the topic of goats, beloved Dallas burger spot Rodeo Goat is set to open in Casa Linda next spring in the space previously occupied by Highland Park Cafeteria, according to CultureMap. We can’t wait to brunch on a Chaca Oaxaca after grabbing a morning coffee from Pull Through Coffee, which is a 20-minute bike ride away from the Dallas-favorite burger joint.

Pull Through Coffee, we should note, is a walk-up coffee shop founded by Christina James of Dallas Bike Works. According to Dallas Morning News, Pull Through Coffee is set to open up inside of the bike shop by the end of the year, and it will serve Cultivar coffee and pastries from Leila Bakery. Sounds like fun!

In the words of Freddie Mercury, let’s get on our bikes and ride!