Why The State Fair Of Texas Sucks: It Renders Fair Park Useless Most Of The Year. 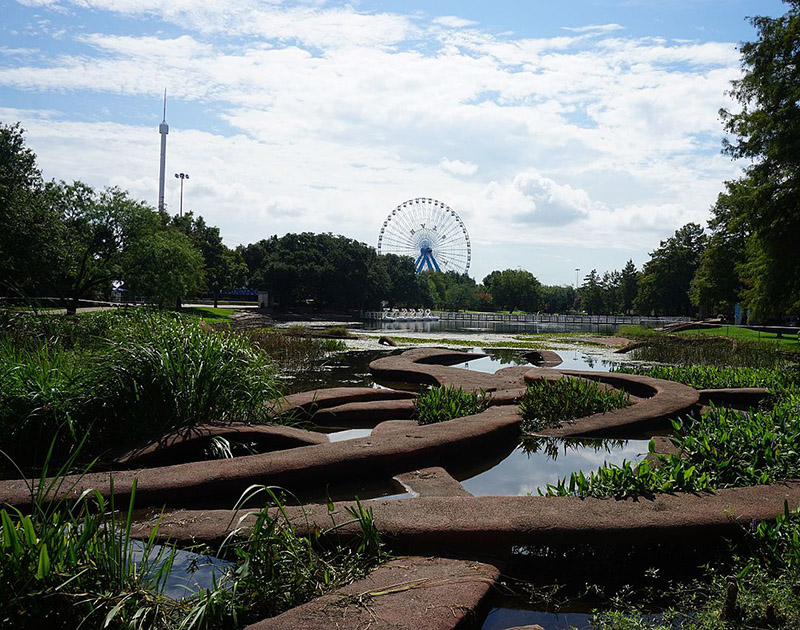 For 11 Months Of The Year, A Prime Piece Of Real Estate That Belongs To The City Of Dallas Sits Mostly Empty As Buildings Continue To Decay And Go Unused.

Fair Park. The never-ending hold that the State Fair of Texas has on the prime 277-acre lot just southeast of Downtown Dallas is right in the name.

What a shame that is. The land the park boasts it’s a space that could very well be utilized year-round were it not for the concessions to that the city makes to the State Fair of Texas’ operations, rendering this part of town mostly useless for 11 months out of the year. Instead, as things stand now, Fair Park is just a waste of 277 urban acres that most people only associate with the resource-draining, expensive, unhealthy bullshit that happens under some false idol’s watch.

And y’know what? Those people are right to think that way. The biggest venues within Fair Park only boast a handful of events throughout the three remaining months in the calendar year, with just five shows left scheduled to take place at the Starplex music venue and three to happen at the Cotton Bowl (including the Red River Showdown and the Zaxby’s Heart of Dallas Bowl).

The old Science Place building is empty. The Women’s Museum closed in 2011 and is used mostly for Narcotics Anonymous meetings now. There’s only one operating restaurant remaining on the grounds. But, hey, the African American Museum is there, trudging along and regularly hosting exhibitions. Too bad those receive little to no hype.

Fact is, the park’s many historic buildings pretty much just sit there, breaking down and going ignored almost year-round, serving as a window back in time as to what Fair Park looked like when some of these buildings opened in the 1920s and ’30s, but not serving much other worthy purpose.

Wick Allison, the founder of D Magazine, wrote seven years ago that maybe Dallas should ditch the State Fair in favor of finding some year-round tenants and maximize the use of the buildings on the lot. And dude was right, because as Fair Park stands right now, it’s far more a testament to what it isn’t than what it could be. Suggested Allison: “There are world-class enterprises — Disney is the best-known example — that know more about contemporary amusement parks. Dallas should open up Fair Park to a world-wide competition and give control of the park to the company that can construct and market a year-round entertainment zone while producing the highest return for taxpayers.”

Point is, were one to objectively look at the 11 months of the year in which there is no State Fair of Texas underway in Fair Park, anyone with even the slightest amount of objectivity and deductive reason would be able to see that the city both can and needs to do better than hosting a few sporting events and a handful of under-attended museum exhibitions every year with this land. But, so long as fans of the State Fair of Texas blindly cheer on all that surrounds that event, allowing it to be a place where all other tenants are forced to cease operation for 24 days out of the year out of duty to some bullshit economic benefit claims, ain’t nothing gonna change.

Imagine the other possibilities. Envision people stopping by bars and restaurants on Fair Park’s grounds before or after a trip to the Music Hall or Starplex for a show that same night. Picture more jobs — and not just seasonal ones — being created within an impoverished area that needs these jobs (a subject we’ll tackle at greater depth later in this series). Consider what the city could do with the actual tax revenue created by such ventures — tangible funds that could be put to far greater actual use than theoretical economic benefits that don’t pass the smell test.

Or better yet, just dream about it. Because, till the city thinks about this stuff seriously and take off its rose-colored, tacky as hell, State Fair-branded sunglasses, that’s all it is — a dream.

Sure, we’d do well to wake up and realize that this is no way for a municipal property to be operated, where the city owns it but, y’know, basically only in name.

Till then, it’s whatever. But, hey, fresh corny dogs being served up for 24 days straight days is super dope, right?