Why The State Fair Of Texas Sucks: It’s An Altar To False Idols. 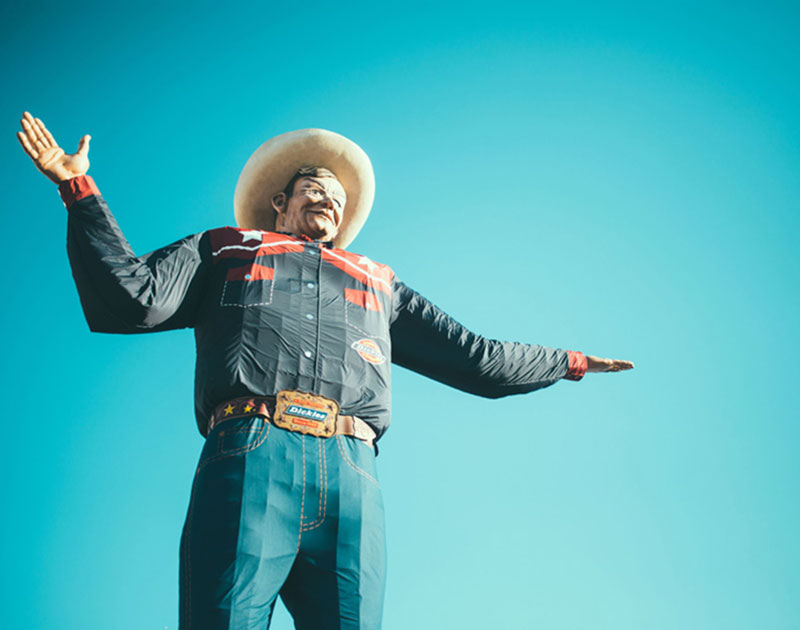 The State Fair Is Seemingly Complicit In Shrouding Its Biggest Attractions In Mystery, Grossly Encouraging Cult-Like Idolatry Among Its Fans.

The first of the Ten Commandments condemns idolatry, imploring those who believe in the presence of God to “have no other gods before” Him.

It’s an extension of the biblical story of Abraham and the idol shop, in which devout monotheist Abraham becomes so frustrated with the masses for their praise of false statues that he smashes to pieces the inventory of the idol manufacturing shop that employs him. After some debate over the reasoning behind his shocking act, Abraham is taken to an elder named Nimrod (lol) to answer for what he’s done, and is punished to a sentence of being cast into a fire. Confident that his God will not actually punish him for spreading word of His greatness, Abraham willingly accepts this fate — and, just as he’d anticipated, emerges from the fire unscathed like some sort of proto-Khaleesi, saved by the glory of God.

You know who wasn’t so lucky when he got engulfed in flames? A massive false idol —  one who is literally propped up by the State Fair of Texas each year to be worshipped by the masses — that goes by the name of Big Tex.

In 2012, this monument famously went up in flames 60 years after future Dallas mayor and then State Fair of Texas president R.L. Thornton — also a prominent member of the local Ku Klux Klan chapter (go figure) — purchased a Santa Claus statue from the town of Kerens, Texas, and converted it into a towering, 52-foot-tall sponsored monument to capitalism and Texas culture. Over the years, the statue would undergo some animatronic upgrades and become an adored statewide icon, eventually even being imbued with superpowers by the creative team at Marvel and becoming so synonymous with the State Fair of Texas that his name would become the basis for the 24-day annual event’s web presence.

But just as selfie culture began to rise as means to further spread Tex’s gospel and image across social media, an electrical fire sparked in Big Tex’s size-70 right boot and spread until the entire statue went up in flames. Unlike Abraham, Big Tex — or this version of it, anyway — did not survive the fire.

Disregarding even the biblical implications of such a demise, the circumstances surrounding that whole incident are dubious at best.

For starters, the fire was presented to the public as nothing more than an accident, but go back and listen to the Dallas Fire Department’s dispatches about the blaze. Not only are the first responders shockingly calm about a 52-foot-structure being set on fire, but they gleefully hopped on their scanners to crack jokes about it.

Consider also that the fire happened early in the day, before too many people could’ve been on the grounds and potentially harmed by any rogue flames, and that it happened in the final weekend of the fair’s 2012 run after the majority of the public had the chance to see its adored fair feature.

Also worth noting? The fact that Mayor Mike Rawlings’ schedule was free enough on the morning of the blaze for him to drop whatever he was doing and make his way to Fair Park to pay his respects before the statue was torn down, ready to speak to the press and echo the sentiments of the fair’s own spokespeople, claiming before the statue was even fully gone that Big Tex would be back “bigger and better for the 21st Century” the following year.

Never mind that these people were right in their prediction that Tex would return in 2013 three feet taller than he was before, and boasting a whole slew of new features; it’s pretty convenient that a concerted formal press strategy was already in place that morning about Tex’s future — almost as if, y’know, the fire was planned and set in motion as a means to update an adored structure without upsetting the traditionalist State Fair of Texas obsessives who would’ve cried bloody murder about such a change had they been given the chance to have any input in such a decision. Speaking of curious decisions: After accepting more than $45,000 in private donations from the public to rebuild the statue, the fair just happened to have enough extra funds at the ready to drop a cool $500,000 in total on the Big Tex it would debut at the 2013 fair.

Before you roll your eyes, know this: The State Fair of Texas is absolutely not above pulling this kind of stunt.

Soon as it was known that a new Big Tex was on the way, the fair unceremoniously fired Bill Bragg as the voice of Big Tex, a post he’d held for more than a decade. The fair did not provide a reason for terminating Bragg’s contract except to imply that it did not appreciate the way he publicized his role, since, in the eyes of the fair, he should’ve simply been heard and not seen, because Big Tex’s voice is Big Tex’s voice and definitely not anyone else’s. The identity of the person voicing Big Tex these days is a closely kept secret, known to none outside of the fair’s inner circle.

The State Fair of Texas is indeed pretty cold-blooded when it comes to icons it can’t control. That same off-season after the Big Tex fire, the State Fair of Texas seemed willing to let an arguably even bigger icon than Big Tex walk from Fair Park. Turns out the Texas Star, the 212-foot-tall Ferris wheel located on Fair Park year-round, is not owned by the fair or the park, but rather kept on the grounds as part of a lease agreement. When that contract came up after the 2012 fair, the family that owns the Texas Star wasn’t sure if it had the energy to continue operating and keeping up the attraction, and so it quietly put the landmark on the market. At least one potential buyer discussed the option of moving the ride to another location away from the fairgrounds, but another member of the Star’s ownership family eventually stepped up to buy the wheel with the help of a bank. And while the fair did provide the new owners with a long-term contract to keep the wheel in place once the purchase was complete, it never publicly stepped forward with an offer of its own.

Of course, that hasn’t stopped the fair from perpetuating falsehoods about the Texas Star. On Fair Park’s website, the ride is proudly boasted as “the largest Ferris wheel in North America” even though it hasn’t held that distinction since 2014, when the High Roller in Las Vegas — a towering structure that stands over 520 feet tall, more than doubling the Texas Star’s 212-foot height — opened to the public. Now, following the opening of the 400-foot-tall Orlando Eye in Florida in 2015, the Texas Star stands the third-tallest Ferris wheel in the United States. Yet you won’t find the State Fair boasting about the Texas Star being in third place anywhere.

That’s no surprise. As we’ve learned repeatedly throughout this series, the State Fair of Texas is plenty happy to just ignore facts before of an adoring public that is so willing to blindly embrace its myths.

Fittingly, that’s pretty much the exact dictionary definition of idolatry.