Why The State Fair Of Texas Sucks: It Exemplifies Our Fucked Up Relationship With Livestock. 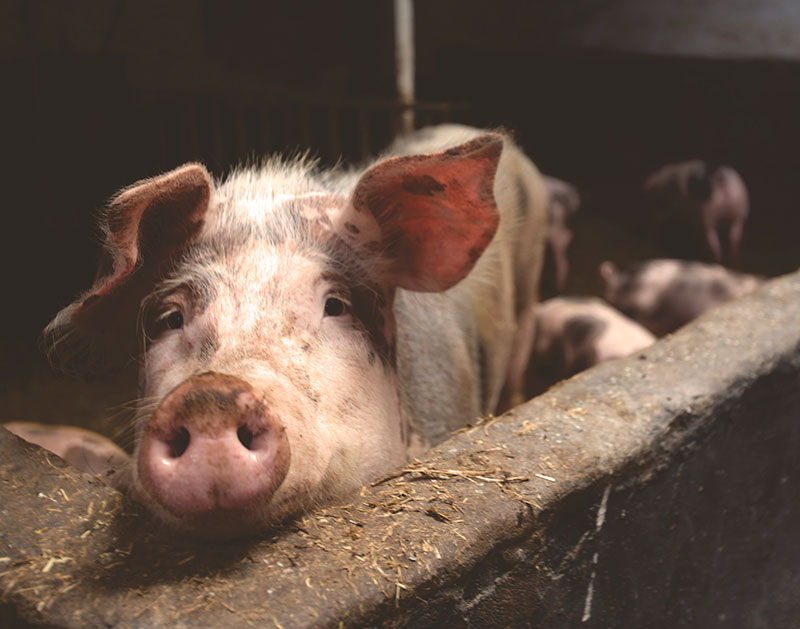 It Asks Us To Cheer On The Adorable Competitors In The Pig Races — Then To Not Think About Them As We’re Chowing Down On Corny Dogs.

Throughout this series, we’ve raised a whole slew of concerns about the State Fair — its shadowy bookkeeping, its poor treatment of its neighbors, its shoddy handling of Fair Park, the exorbitant amounts of money one has to drop in the average visit and so much more.

And yet some of you out there remain unconvinced about the State Fair of Texas’ shittiness. Instead, you accuse of us doing little more than raining on everyone’s parade.

Well, if wasting of public funds and firing employees who ask for raises is easy for you to dismiss, then this truly un-Texan appeal to your inner vegetarian will be the easiest to dismiss of all of our takes. But the fact remains: A vast majority of the animals showcased in the agricultural end of the State Fair of Texas are on their way to becoming corn dogs served up on the other side of the Cotton Bowl in the near future.

We’ve already highlighted the State Fair of Texas’ fucked up relationship with the exploitation of exotic animals, but this concern centers more around the coldblooded nature with which the fair champions agriculture — and it requires you to zoom out your scope a little bit to fully comprehend.

Consider that there are really only two kinds of visitors that come to the State Fair of Texas each year — those who are interested in the carnival experience (fried food, fun houses and cheap prizes) and those who are economically ingrained in the agricultural business experience (animal auctions and rodeo shows). For the former set, a visit to the park can be considered complete without seeing a single swine or steer; for the latter group, the experience is complete without getting swindled by any midway ripoffs.

We understand that there are obvious appeals to each of these approaches to the fair. Things get tricky, however, when these two separate arms of the State Fair of Texas are viewed together. When that happens, they combine as perhaps the perfect example of humanity’s spiritual alienation from the land.

There is a sick, clear irony on display when one goes strolling through pens of snorting swine that are wallowing in sawdust and excrement, and then marches on over to fork over a stack of tickets in exchange for a golden Fletcher’s corny dog. It’s a walk that conveniently removes the slaughterhouse from view or consideration.

Hey, we get it. Meatpacking is generally not a fun thing to think about. Even less fun? Specifically realizing that the meat inside of that corny dog you’re hoovering used to be the cousin of that lil’ porker you just cheered on to a victory in a pig race.

Can we blame the State Fair of Texas for not constructing a slaughterhouse on Fair Park’s grounds? No! Not at all! But we can point out that building one might actually make the fair’s gleeful celebration of livestock in both adorable and digestible forms seem a little less psychotic and a whole lot more honest.

Instead, the fair simply exemplifies our dissociated relationship with livestock, heightened to the point of caricature.

Huh. Think any of the artists in the craft pavilion would be down to draw up that visual for us?