The Spread: A New Gaming-Centric Eatery Sets Up Shop In Plano. 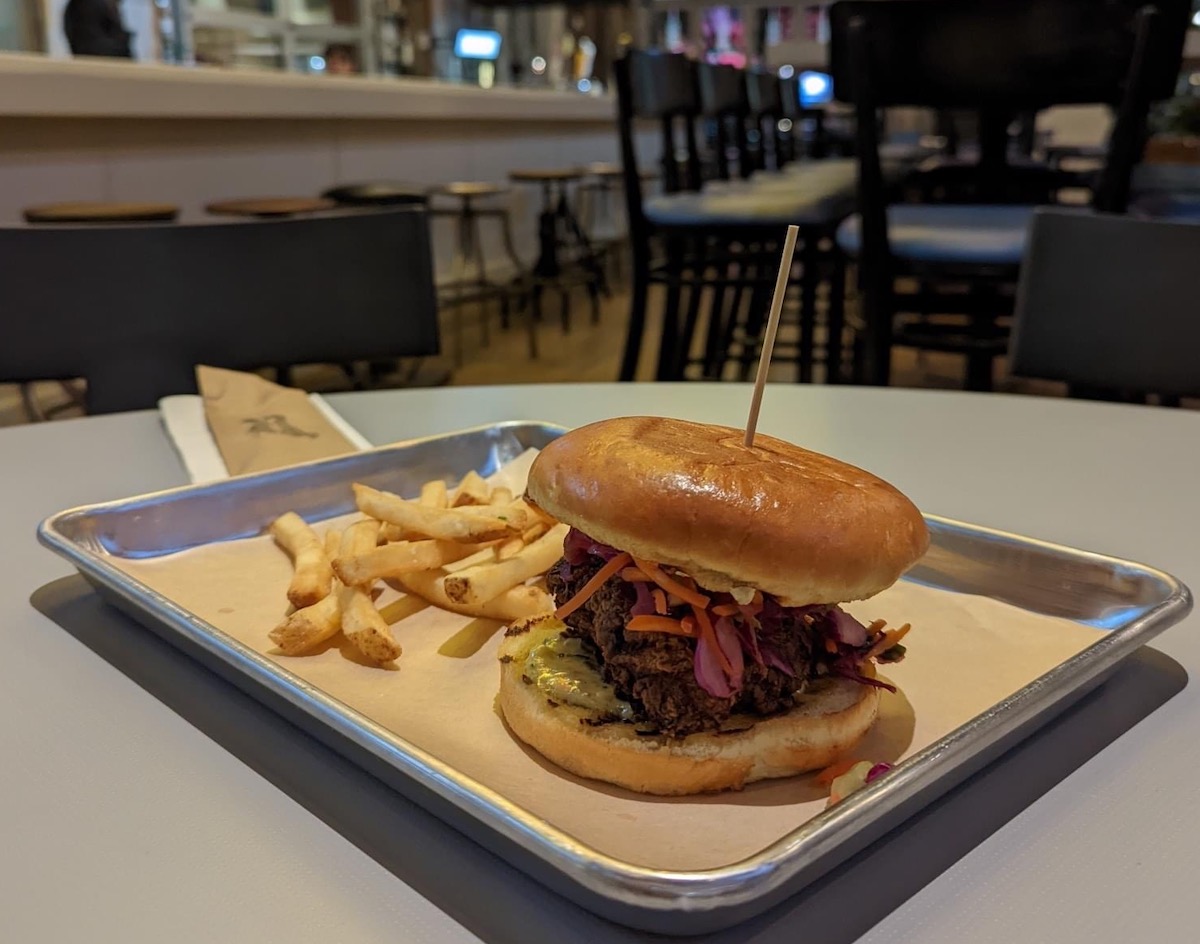 As the DFW restaurant industry is on the rebound from the pandemic, it can be nearly impossible to keep up with so many new restaurants opening. Here’s a rundown of two unique spots and a highly anticipated franchise that opened up shop at the end of February.

Entertainment meets casual cuisine at Farm + Feed, a new space for gamers to grub and gather at Shops Legacy in Plano. The new spot boasts a full bar and a carefully crafted menu, along with 18 fully equipped PCs, a library stocked with sci-fi reads and over 100 board games.

According to Dallas Morning News, the bar and food menus were curated by Matt Yuen, the executive chef for Riot Games. The bar features specialty drinks like Kirby’s Drinkland and Tonic the Hedgehog, while food offerings range from starters like pizza rolls and deviled eggs to beef burgers, vegan burgers, pulled pork lettuce wraps and fish sandwiches.

If you’re wondering about the name — owner Max Seel describes it as a play on gaming terms. According to the Farm + Feed website, to farm is “to quickly and repeatedly defeat a challenge or challenger,” and to feed is “to be repeatedly defeated, helping the opponent.”

The ambitious new spot also includes a private area that can be reserved for larger groups, booth set ups equipped with televisions and gaming consoles, couches and a patio. PC gaming starts at $5 per hour, while analog boardgames are playable for a flat $5 fee.

This new A&E show debuted March 8 with back-to-back episodes. The show will air every Tuesday at 9 p.m, so we think we got your Tuesday night plans covered.

Over in north Dallas, Soulful Tacos opened its doors on Feb. 22 at Marsh Lane and Trinity Mills, serving up tacos with a side of Black culture. The Black-owned taco joint’s vibe is dripping in laidback confidence, with lyrics from Black music icons like UGK and Jay-Z sprawled across the interior walls. According to Dallas Observer, the owner wanted to create a space where Black culture and good eats collide, and equipped the eatery with a sound system and televisions that will play iconic Black music spanning decades.

Even its menu is an ode to Black icons, featuring dishes like 2 Pac, Puff Daddy and Notorious BIG nachos. The menu has more mouthwatering offerings including Hennessey BBQ wings and Carribbean-infused “erk and jerk” tacos. Guests can pick from a selection of proteins including ground beef, steak, chicken, ground turkey or plant-based. The sides menu is jam-packed with unique renditions of soul food staples like cream-style block corn, refried black eye peas and rice, block tacos and fries. The full bar features drinks made using Black-owned brands.

Meanwhile in Deep Ellum, the highly anticipated Hattie B’s Hot Chicken finally opened its doors on Feb. 23 at 3000 Main St. with a Dallas-exclusive menu item and expanded bar offerings. CultureMap reported on the family-owned chain’s plans to expand to Texas back in 2020. The restaurant has garnered attention from celebrities and tourists alike for its hot chicken, but the Dallas location is stepping into its own rite, offering Dallas-exclusive Fried Dill Pickles with Hattie B’s hot spices.

Additionally, there will be an expanded drink menu featuring alcohol from the tap, cocktails and other specialty drinks true to Hattie B’s southern form. The menu will, of course, feature the mouthwatering staples that created the hype around Hattie B’s like their chicken tenders, bone-in and boneless options, collard greens, pimento mac & cheese, banana pudding and peach cobbler.