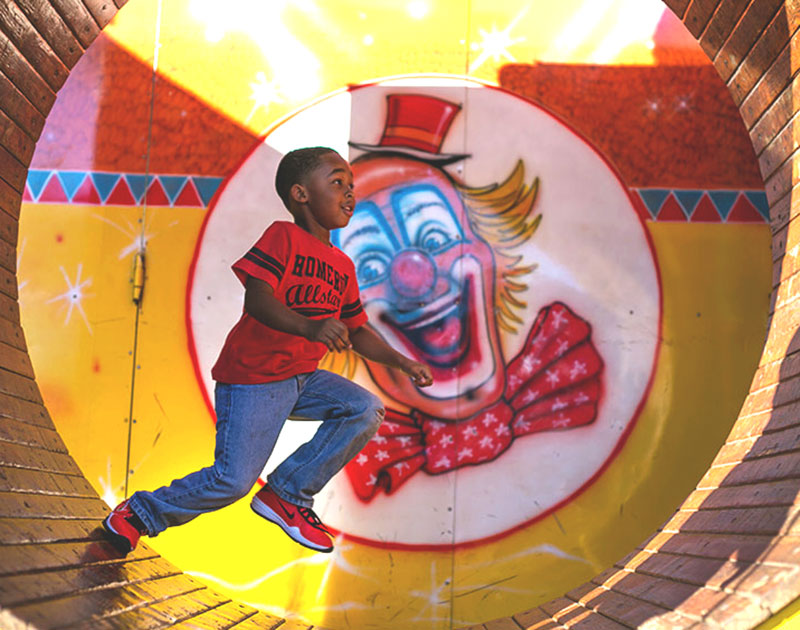 Ignoring Past Agreements, Fair Officials Have Let Fair Park’s Revered Art Deco Buildings Fall Into Disrepair. And Now They Want Taxpayers To Bail Them Out?

When you make your annual trip to the State Fair of Texas, you are not just going to inhale the latest diabetes-inducing creations and to wander through the deceptively named “fun” houses. You are also visiting a 277-acre National Historic Landmark, the massive art deco complex known as Fair Park, which, in spite of all the bumps and bruises it has collected over the years, is still pretty impressive.

But those bumps and bruises to which we refer? They’re becoming a problem. Anywhere you look in Fair Park, you’ll see crumbling roofs, fading murals, cracked plaster exteriors, failing HVAC systems, old fire alarm systems and… well, you get the idea. The disrepair is abundant, and it has gone unchecked for years.

And who is to blame for that? C’mon, we bet you can guess.

Yup, it’s the State Fair of Texas, which is supposed to be Fair Park’s caretaker. That was the idea, at least, behind the contract the fair agreed to back in 2003, which stipulated that a share of the fair’s annual profits would go back into the iconic Art Deco buildings that it uses every year (and blocks others from occupying).

One problem: Exactly how much the State Fair is expected to kick back into restoring and maintaining the park was never made entirely clear.

Knowing that, would it surprise you to hear that the fair has taken advantage of the murkiness of this obligation? Or that the City of Dallas has effectively just looked the other way, letting the fair get away with contributing virtually nothing to Fair Park repairs —not counting wasteful expenses that only benefit Texas/OU Weekend, of course — over the last 14 years? It shouldn’t! As we’ve repeatedly learned in this series, the City of Dallas is always down to bend over backwards and acquiesce to the fair’s demands, and the State Fair of Texas is plenty content using its excess earnings to grossly overpay its executives.

When this all came to light earlier this year, the fair and the city came up with a deal of sorts: From now on, as a make-good, the fair would agree to pay $10 million per year in Fair Park maintenance costs — or, y’know, exactly what it had agreed to do in the first place back in 2003. As for the $10 million per year that fair didn’t pay over these last 14 years? Well, the powers that be would ask that you just not worry about that right now, and also, hey, can they interest you in eating one of their new hilarious fried food options or maybe you’d like to see an exotic animal or how about checking out the world’s smallest horse, which is also definitely not a scam?

Don’t get distracted! This is important stuff! Some estimates place the total cost of infrastructure repairs needed in Fair Park at somewhere in the vicinity of $250 million. If we’re just going to ignore the $140 million the fair never paid since 2003, where else is this cash supposed to come from?

Why, from you, of course! Should it pass, a proposed $1.05 billion bond that’s up for election on November 7 has $50 million of your tax dollars headed Fair Park’s way.

Because, yeah, it’s definitely your fault that State Fair of Texas officials — who, remember, are so good at what they do that they must deserve to be paid more than twice what other states’ fair officials earn —  screwed all that up.