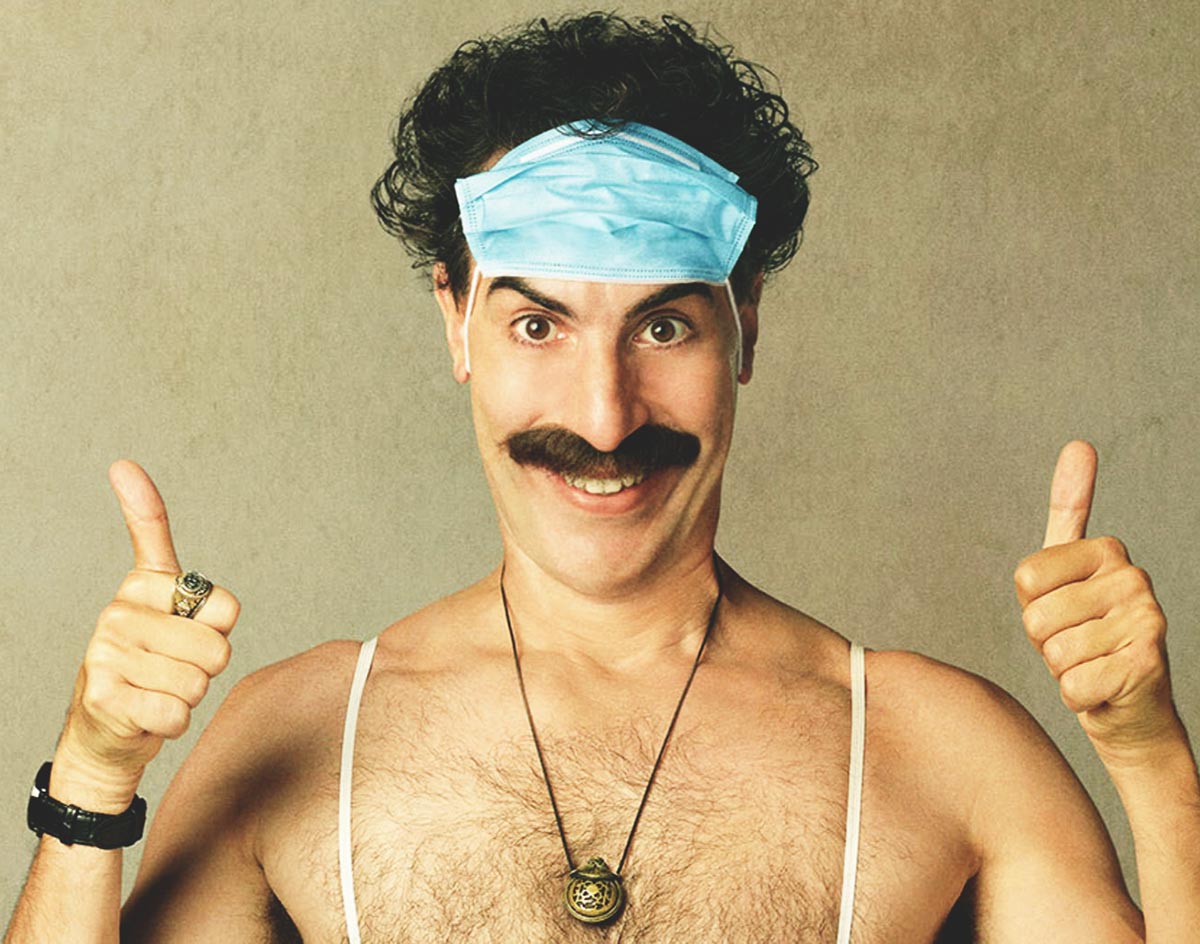 Rumors That Sacha Baron Cohen Attended The 2019 Fair Were True: 20 Minutes Into His New Film, Borat Hits The Midway To Teach His Daughter About America.

Some 20 minutes into Sacha Baron Cohen’s latest satire of America’s culture, politics and gross hypocrisies, the titular character in Borat Subsequent Moviefilm: Delivery of Prodigious Bribe to American Regime for Make Benefit Once Glorious Nation of Kazakhstan takes his daughter to the State Fair of Texas to learn about “how American girls behave in public.”

It’s a short scene lasting just under a minute, but it’s still good for plenty of laughs — especially in light of the rumors that arose during the 2019 State Fair of Texas that Cohen had been spotted dressed up in character and prowling the fairgrounds.

Of course, that speculation was only somewhat accurate.

In its initial report on the rumor, D Magazine suggested that Cohen had attended the fair under the guise of his Billy Wayne Ruddick character from his Showtime show, Who Is America? In actuality, the scene finds Borat — Cohen’s most famous character of all — dressed up to pass as an American so as to distract others from the fame that the Kazakhstani journalist’s first film about the states earned him in our country. While his get-up indeed bears some resemblance to the Ruddick character, Borat earlier in the film uses the name “John Chevrolet” as the alias for Borat’s American cover.

In a film that lampoons Donald Trump, Melania Trump, Kanye West and Jeffrey Epstein all within its first five minutes — and ultimately catches former New York City mayor and Trump sycophant Rudy Giuliani in an especially compromising position that will surely catch its fair share of headlines — the State Fair of Texas’ appearance in the film is likely to be glossed over by most.

But, of course, when it comes to the State Fair of Texas, we’re not most.

SEE ALSO: WHY THE STATE FAIR OF TEXAS SUCKS.

Without spoiling too much, here’s what you need to know about Borat’s visit to the State Fair of Texas:

It’s wild to see — but it’s also not the only Texas representation the film provides. In addition to the State Fair of Texas cameo and the aforementioned Port of Galveston nod, there are a few others.

While it’s intentionally made difficult to gauge every location that appears in the film, it’s certainly heavily implied that Borat’s immediate forays back into the states take place on the more urban streets of Southeast Texas. Meanwhile, proudly displayed state flags and other clear markers make it clear that a feed store Borat visits early on in the movie is definitely located somewhere within Texas borders. Most damning, however, is a conservative women seminar Tutar attends at one point inside of a hotel conference room in Hillsboro.

On the other hand, one big expected Texas appearance doesn’t happen at all. While Texas Agriculture Commissioner (and noted Islamophobe) Sid Miller makes an embarrassing cameo at the end of the film’s trailer, he is ultimately deleted from the film’s 96-minute final cut. If nothing else, Miller now has that much in common with the Dallas Police Department, which itself was the butt of a deleted lampooning in the first Borat film.

Anyway, here’s to laughing to keep from crying!