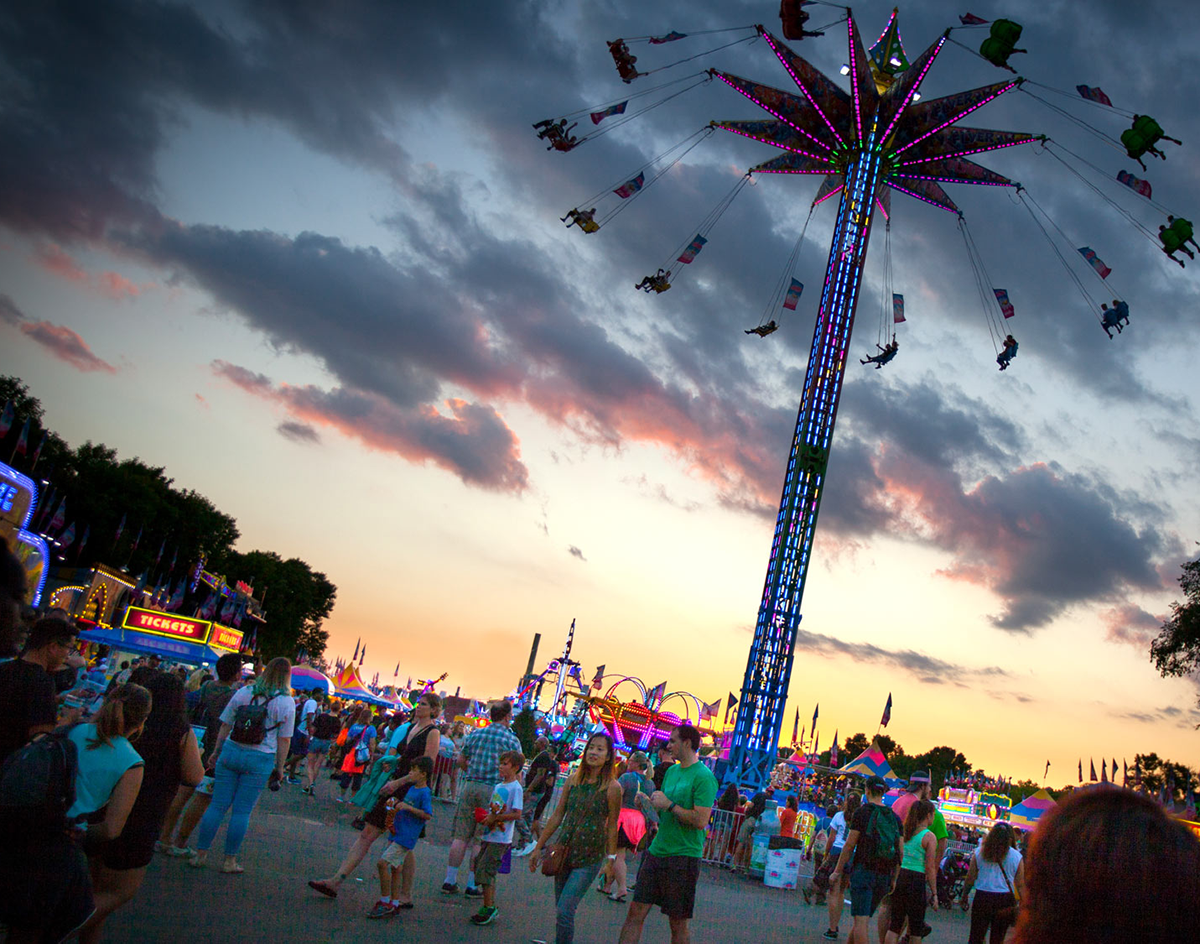 Aside From A Terrifying 55-Foot-Tall Cowboy, The State Fair Is Following The Same Playbook As Others All Over The Country.

Maybe it’s due to the spirit of Texan pride and the belief that Texas is the greatest state in the U.S. (we aren’t arguing against that point, specifically), but we hate to break it to you: The State Fair is pretty predictable. No, really! All you have to do is look at state fairs across the country for proof.

Remember when we said mattresses don’t exactly strike us as being a State Fair of Texas staple? Well apparently, we weren’t privy to the national state fair memo.

Also among the state fair’s top sponsors? Coca Cola, Kroger and Chevrolet. All of which lend their brands to several other states’ annual carnivals, none of which are from Texas. Noticing a pattern? That’s because it’s the same song and dance across the country.

Speaking of song and dance, unlike some of its contemporaries, the biggest acts on the state fair’s music bill don’t exactly excite the masses. Is Cameo the fair’s idea of a ticket driver? Or even Texan, for that matter? (Spoiler alert: It’s not.) Once again, the fair follows the playbook shared by countless other fairs across the U.S. by booking acts like Rick Springfield, who also played the Great New York State Fair this year. And the Wisconsin State Fair. And the Arkansas State Fair. There’s that pattern again.

Even as Texas is known all over the world for the musicians it has spawned, there doesn’t seem to be much of a concerted effort to book those who have made the Lone Star State proud — Beyonce. Willie Nelson. Kelly Clarkson. Are we really that wrong in asking for a Texan draw at the State Fair of Texas? Even if the fair didn’t have the budget for the legends and needed to book someone more attainable at the moment, we’re willing to bet Texans would appreciate a hometown act like Demi Lovato over the predictability of an out-of-state musician making the yearly state fair rounds.

Let’s say for a second, that in an alternate universe, booking an all-Texan lineup just isn’t possible. Would  booking slightly more current acts really tank the fair Acts who are still in their prime or don’t cater to a specific generation’s nostalgia? In contrast, the Wisconsin State Fair, which Business Insider ranks behind Texas in its list of best state fairs in the U.S. (if you have yourself convinced Texas is ranked no.1, don’t upset yourself by clicking on this link), booked fresh acts like Fitz & The Tantrums and K. Flay this year. It even booked Jeff Dunham, who, if you will recall, is from Dallas.

Why does any of that matter? Because we know some people consider the fair to be something special that’s meant to excite Texans every year, but it’s hard to consider something particularly special if it could have been seen at plenty of other fairs across the country.

We all know Texas has more to offer, and it should be reflected in a nearly month-long showcase of it.

And if all of that wasn’t enough, you probably didn’t even realize the featured image for this article isn’t even from the State Fair of Texas. Why? Because it’s really no different than the rest of them. The Minnesota State Fair sure looks extravagant though, doesn’t it?

Forgive us for wanting to be excited by the state fair, and not just by seeing what kind of ridiculous food it can fry next. It’s really not a radical idea to make it more uniquely Texan, or even unique at all, is it?