Why The State Fair Sucks: It’s Cold-Hearted As Fuck. 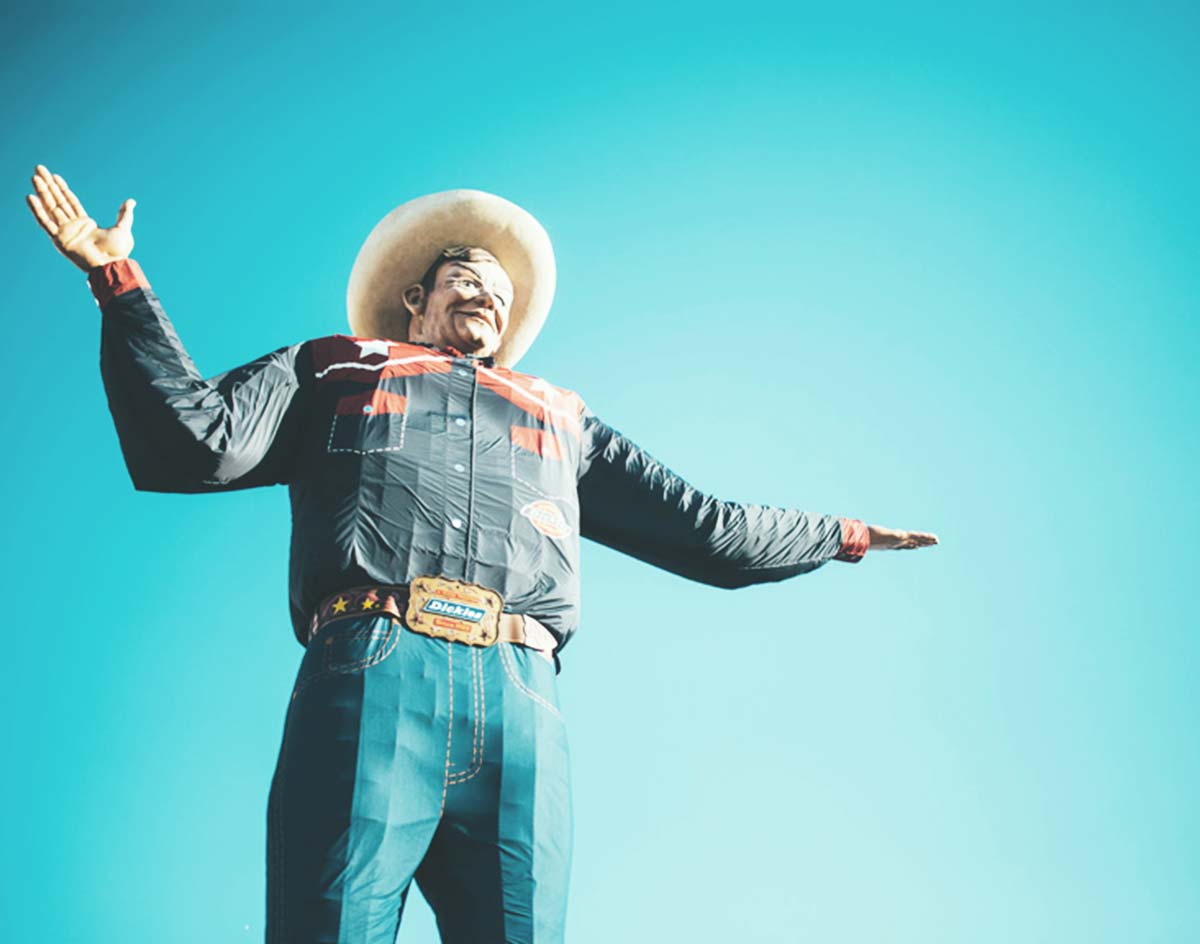 In 2012, The State Fair Of Texas Fired The Late Bill Bragg, Who Voiced Big Tex For 11 Years, For Wanting To Attend A Cancer Benefit Under That Billing.

When North Texas native Bill Bragg died at the age of 72 this past June, the organization behind the State Fair of Texas issued a statement for the media to use in its write-ups about the passing of the man who greeted fair attendees as the voice of its Big Tex statue from 2002 to 2012.

“He was larger than life and will be missed,” the fair’s statement about Bragg’s death read. “Our condolences to his family and loved ones.”

What that statement didn’t include, and what the fair has frankly never publicly revealed, is its reason for unceremoniously firing Bragg from the gig he so adored just seven years before his passing.

The fifth Big Tex voice in State Fair of Texas history, Bragg gleefully followed Ray Stoltz in the role — this despite the fact that Stoltz, who won the gig in a statewide competition, abruptly quit the position just a year into holding it because he was “critical of the working conditions and [contended] that fair officials had subjected him to sarcasm, public humiliation and a lack of respect.” Bragg, who finished as Stoltz’s runner-up in that contest, was happy to get the call to replace him and went on to serve as one of the all-time great ambassadors for the fair. With an aw-shucks demeanor, Bragg never once lobbied such complaints about the fair while under its employ. In fact, he even affectionately referred to the cramped booth from which he live-relayed his famed “Howdy, folks!” greetings for 24 straight days each year as the “doghouse.”  Yup, the guy just simply loved working as the voice of Big Tex! So, yeah, he was shocked to learn that the fair, all too pleased to use Big Tex’s infamous 2012 burning as a means to get a new statue and voice employee, decided to ax him in 2012 after an 11-year run in his job.

Because the State Fair of Texas has decided to mostly keep mum on its reasons for parting ways with Bragg — par for course, really, but more on that later in this post — we can only take Bragg’s word for why he believes he was canned. It’s pretty simple, really: Per Bragg, the fair was sick of the attention Bragg got from the media and the public for working as the voice of the famed Texas icon. After years of signing off on appearances he made at charity events as “The Voice of Big Tex,” the fair had a sudden change of heart toward the end of his run when he requested to appear under similar circumstances at an American Cancer Society event in Coppell.

The fair’s objection, it’s worth noting, conveniently came right as it was negotiating Bragg’s contract renewal. Citing Bragg’s apparent violation of “guidelines and protocol regarding the use of [the fair’s] trademarks” his request to make that charity event appearance was all the merciless negotiators at the State Fair of Texas needed to end their talks and get rid of the guy.

“It’s the saddest day of my life,” Bragg further told the DMN upon news of his firing going public. “I’m broken-hearted… It’s just the most important thing, the thing that I’m most proud of, is gone… I thought everyone loved me, including the State Fair. I guess it was everyone else and not the State Fair.”

He wasn’t wrong about the public’s love, at least: In the wake of his firing, petitions were launched asking the State Fair of Texas to reconsider its decision. And his love for the fair, if not reciprocated, too seemed very real: Months after he was let go, in the build-up to the fair’s 2013 run, Bragg was still publicly pleading for a return, openly begging for the fair to forgive his charitable mistake.

But the fair, which has a long history of not treating its employees all that great, never once blinked. Instead, it learned from its past “mistakes.” Since 2013, the fair has very intentionally kept secret — just as it does its use of public funds — the identity of its Big Tex voice(s?). There’s no question as to why, either. It’s because the fair would hate to have another PR mess on its hands should the need arise for it to let another voice actor go under dubious circumstances.

Given that context, the State Fair calling Bragg “larger than life” upon his death feels less like a compliment and more like a dig, wouldn’t you say? It was, after all, their belief that Bragg was trying to be more than their firm interpretation of Big Tex that ultimately fractured their once-cheery relationship. Classy stuff, really.

Next time you find yourself charmed by the thought of hearing Big Tex bellow “Howdy, folks!” while you chomp on a corny dog, consider the way the fair did the late Bill Bragg dirty — just because the guy wanted to use what minor celebrity he had to help try and raise money for cancer research.

By the way: Bragg’s family has yet to release the cause of his June death, and we won’t presume to know the cause here. But we can say pretty confidently that, if it didn’t take Bragg’s life, cancer — and, more specifically, the State Fair of Texas’ reaction to his attempts at raising money to fight it — definitely played a role in killing his spirit.