Why The State Fair Of Texas Sucks: The Red River Showdown Is A Pain In The Ass. 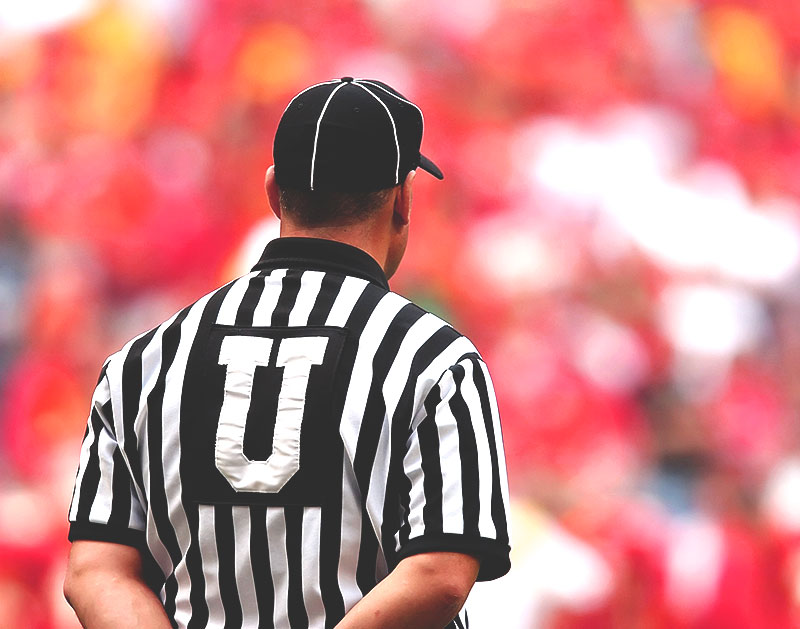 Every Year, Locals Run For The Hills As The State Fair Opens Its Arms To Annoying Longhorn Bros And Sooner Scros That The City Pays To Come Into Town.

Ask any self-respecting Dallasite to name the worst weekend that this city endures each calendar year. Depending on whom you ask, the time spent pondering this query could vary. But, eventually, every person surveyed will come to the same conclusion: Oh, it’s Texas-OU weekend, definitely.

People who don’t live in Dallas proper might not understand this. Because, really, the Red River Showdown (nee Rivalry, formerly Classic and long-since-ditched-for-political-correctness-reasons Shootout) sounds pretty neat on paper: Fanbases of two of the nation’s most celebrated college football programs converge upon our city (conveniently halfway between their two campuses), flood the State Fair of Texas with out-of-local-market blood (for once) and eagerly cheer their teams on as they duke it out at one of our country’s classic stadiums (The Cotton Bowl). That sounds pretty dope!

But, in reality, this play draws some serious flags. Beyond the pageantry, this weekend — like pretty much everything else as far as the State Fair of Texas is concerned — is mostly just a drain on the city’s funds, a wash as far as economic benefit is concerned and, well, a general pain in the ass.

And yet the city bends over backwards to make it happen, ostensibly out of some fear that the game might skip town — a scare tactic Dallas politicians regularly use (sometimes even dangling a loss of the fair itself) when it comes to justifying its underwriting of fair-related expenses. This fear, at least, is somewhat realistic: Having already lost the Cotton Bowl (the game) to AT&T Stadium out in Arlington, Fair Park is desperate to keep the Red River Showdown in the Cotton Bowl (the venue), in no small part due to the fact that it’s the one of the few tentpoles remaining in the stadium (or the park at large’s) barren annual calendar.

But the costs surely outweigh the benefit.

In order to keep the game where it is — as all parties have agreed it will through at least 2025 — the City of Dallas (not the State Fair of Texas) has spent at least $82 million in upgrades on the Cotton Bowl since 2008. Because only a handful of events actually take place at the stadium each year, there’s little doubt what events (read: event) the city is actually funding here.

But it’s not just the Cotton Bowl itself that draws funds in order to prop up this single football game. One of the lots that the State Fair of Texas has purchased in recent years to build a buffer between its own grounds and that of the blighted neighborhood surrounding Fair Park is a 2,700-spot parking lot known as Boxwood that, out of 365 days in each year, is only open on the day of the Texas-OU game. Just one day!

So, who’s really gaining from such spending? Honestly, it’s mostly just the Texas and Oklahoma football programs themselves.

Beyond its other, aforementioned expensive gestures, the City of Dallas also pays each of these teams $500,000 to play this game every year. The State Fair itself kicks in $100,000 to each team, but in exchange gets to pocket all concession proceeds along with 500 free tickets to spread among its top brass. And the teams split the ticket sales revenues, meanwhile. As for the City of Dallas? Well, it gets… hey, it’s our old friend “economic benefit” again!

Unlike the fair at large, which falsely claims $600 million in economic gain for Dallas (it’s closer to $30 million), the city only claims a modest $20 million economic boost for the Red River Showdown. Almost all projected sports and entertainment benefits to the economy are bullshit, but this becomes especially clear just anecdotally when it comes to the State Fair of Texas and the Red River Showdown. A couple extra hotels might get booked on Friday night before or the Saturday night after the annual Saturday afternoon game, but rather than Dallas’ entertainment options reaping the benefits of extra crowds, local business tills tend to just amount to regular weekend expectations — if that — when they’re counted come Sunday evening.

That’s right: In a bizarre turn, a lot of entertainment districts actually suffer on this supposed no-brainer of a moneymaking weekend.

That’s because the normal crowds that allow these businesses to thrive — and they are substantial — know better than to mess with Longhorn Bros and Sooner Scros out in the wild, choosing to stay home over dealing with the football crowds, which we’ll concede really do constitute some spending power. But it’s not like these people are going to R.L.’s Blues Palace #2 on Grand Avenue or any of that club’s neighboring establishments, which could use the attention; they’re going to whichever neighborhood these out-of-towners hear are hip in a given year — hype that can be traced from the West End to Uptown to Lower Greenville and, now, to Deep Ellum. Thing is, local crowds know this, too.

So, unless some fraternity or alumni association is renting out a private venue, preparing for football fan spillover in a hip neighborhood can largely be a crapshoot. Year in and year out, business owners complain about scheduling additional staff members on these Friday and Saturday nights just in case they get hit with added crowds, only to regret doing so once they’re catering to actually smaller crowds than usual, since tourists alone can’t account for the loss of their regulars, who have either skipped town for the weekend, chosen to stay in for one goddamn night of the year or are savvy enough to take their money to more out-of-the-way establishments.

Last year, on the Saturday night after the annual game, the owner of one popular bar on Elm Street in Deep Ellum bitched to me about the impossible conundrum the Red River Showdown puts his business in — over-preparation that begets underwhelming results. That same night, an acclaimed restaurant on Commerce Street a few blocks away had similar concerns — and, after also adding extra staff to the day’s schedule, it actually ended up closing its doors earlier than it usually does for the night because business was so slow that it wasn’t even worth keeping a skeleton crew around to keep watch.

Interestingly, the same concept applies on the fairgrounds itself. Experienced fair attendees know better to attend with their families on game day Saturday because of how rowdy the football crowds can be, and so they avoid Fair Park. State Fair officials, meanwhile, have embraced this change in atmosphere, doing all they can to cater to the Texas and Oklahoma fans when they’re in town. Make no mistake: The new Red River MusicFest that the fair has added to its post-game Red River Showdown offerings this year is absolutely a play to cater to these fans — otherwise the fair would spend the money it’s dropping on these bands to draw people out to the grounds some other time. Instead, the fair’s trying to bleed these out-of-towners for all the money they’re worth, keeping them on the grounds as long as possible — and, again, hurting the supposed greater citywide impact that this money could have if the crowds dared venture away from Fair Park for even a second.

It’s all a massive pain in the ass that amounts to very little, and it’s all due to city funds being used to prioritize out-of-towners over locals. I mean, sure, it is the State Fair of Texas and all, and it belongs to the entire state — fine. But, literally, half of these people are also from Oklahoma! Like, their participation is absolutely part and parcel to the whole idea of the weekend!

It’s the most dreaded weekend in Dallas for a reason. Shame, too.

Games should be fun.