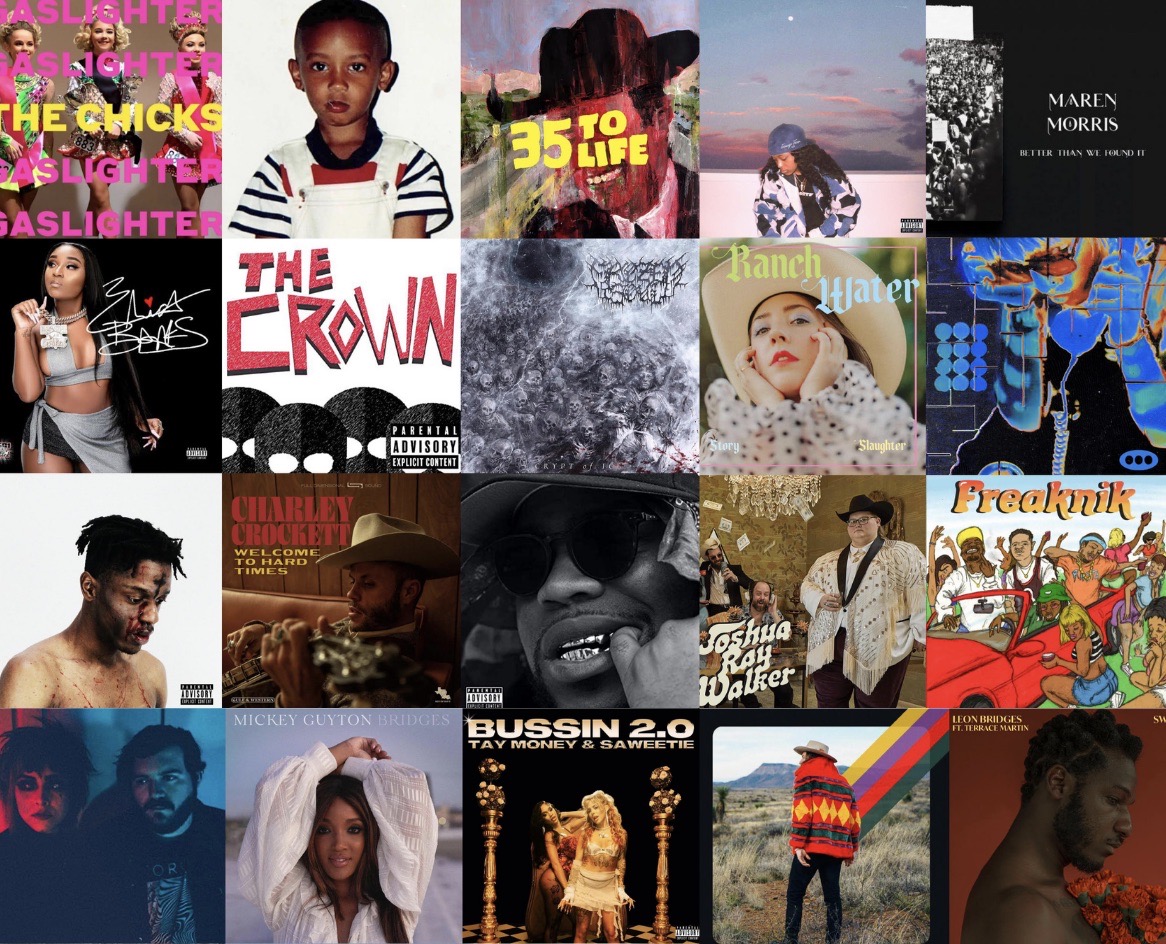 From Trunk Rattlers To Status Quo Battlers, The Top 100 Songs Released By North Texas Musicians In 2020 Provided Welcome Respite When We Needed It Most.

We’ve all been collectively battling a sense of existential, pandemic-induced dread for the better part of nine months now, but the lifeline that is local music hasn’t wavered — and we are damn thankful for that.

Truth is, the local music community lost a lot this year between the tragic deaths of too-young Dallas scene heroes, icons and legends, the shuttering of venues that for so long kept this scene alive and the loss of promoters who kept such venues bustling. But, through it all, the Dallas music scene continued to do what it has done for decades: It kept us sated through the ups and the downs.

At the beginning of the year — and especially following our 2020 Central Track Music Honors back in February — it was clear as ever that the music scene in North Texas was once again on the precipice of reaching new heights. Rappers like Bobby Sessions and Erica Banks were swiftly ascending into rightful recognition while cowpunk renegades Vandoliers were carving out their own path to a new kind of country music. Oh, and after 14 long years away, we were finally set to get a new album from the artists formerly known as The Dixie Chicks, too.

Little did we know then, of course, that these artists’ songs would also be asked to fill our lonesome days with midnight living room dances and socially distant walks under the warm Texas sun. Week after week, this community provided a compelling soundtrack to a year that didn’t deserve it, but desperately needed it.

Yes, through the thousands of songs featured in our weekly playlist series and our daily Song of the Day picks, we were reminded in 2020 of just how dynamic Dallas-area music really can be. In a year when everything has felt uncertain, the one thing we could always rely on was the comfort that Dallas artists — and, OK, some others, too — consistently brought us.

Below, as we do every year, we count down our picks for the 100 best songs Dallas had to offer the world in 2020 — across all genres and hyperlinked out so you can give each song the listen it deserves. Additionally, we’ve provided a convenient Spotify playlist of these choices for you to enjoy and dissect on your own time.

In case that’s not enough, you can also peruse our top song picks from 2019 here, and our selections for the best area songs released throughout the 2010s here.

In the future, we’ll likely look back at 2020 with disgust, but when we listen back to it, we’ll hopefully remember the joy that this batch of incredible homegrown bangers provided us throughout these trying times.

*denotes a song is not available on Spotify.