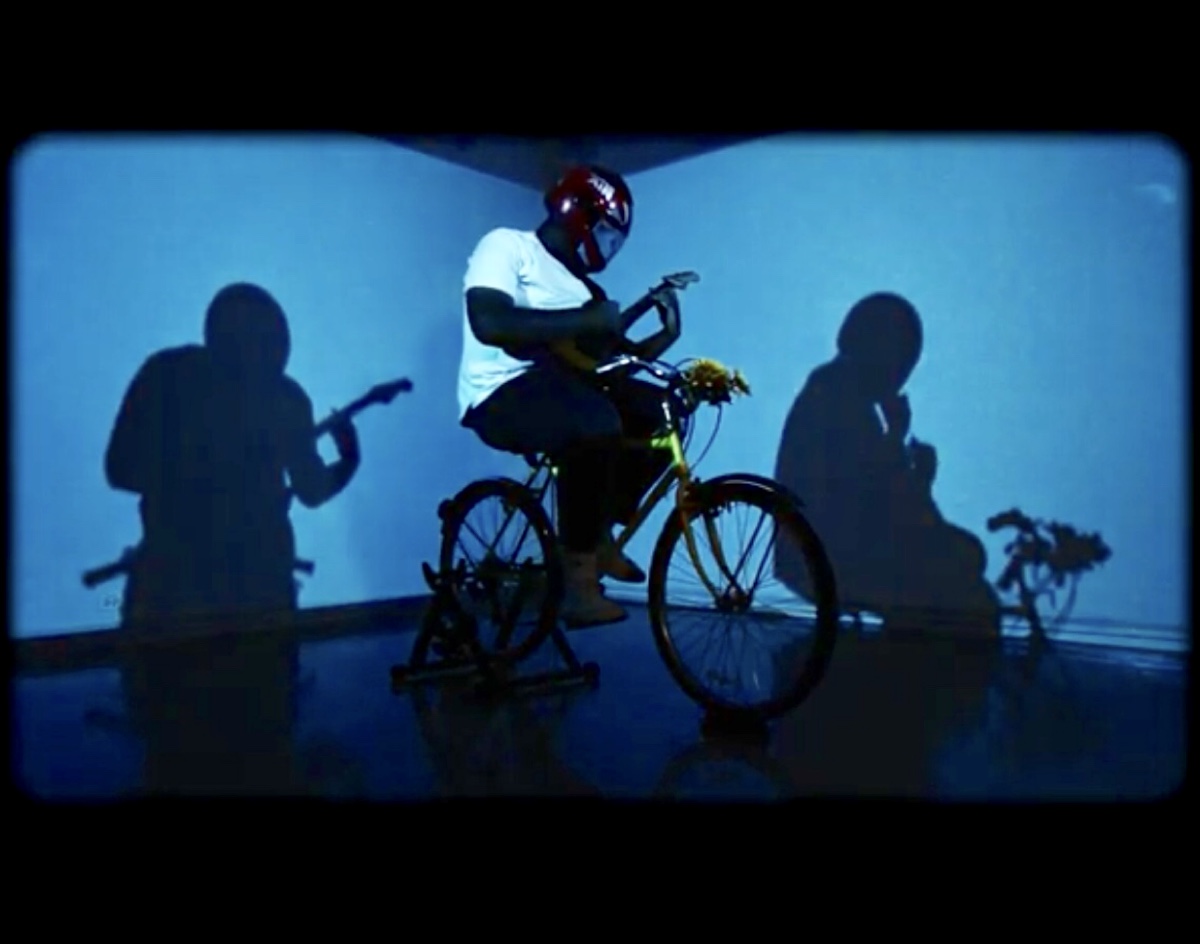 We’re Addicted To The Latest Blend Of Indie-Pop And Hip-Hop On The Latest Single From Dallas’ Self-Proclaimed “Blac Demarco,” Pretty Boy Aaron.

What Else You Should Know: Pretty Boy Aaron proudly wears his influences on his sleeve — even his Animal Crossing home pays tribute to genre-blurring auteurs like Tyler the Creator and the late Mac Miller.

However, you would be mistaken to think his music is merely an act of hero worship.

The Dallas bedroom-R&B songwriter’s latest single, “Nicotine,” is a distinctive portrait of addiction and toxic relationships.

On the self-produced track, a sense of leisurly shimmering guitar chords glide over a thumping beat. The song also features funky instrumental riffs from Luna Luna’s Ryan Gordon in what is Aaron’s latest collaboration with members of the beloved Dallas indie-pop band since his guest verse on the group’s 2019 single “Running.”

But before the listener gets too distracted by the ear-candy sonic arrangements, Aaron brings proceedings back to reality with his plaintive lyrics.

He drops deadpan bars about an all-consuming relationship that he knows is harmful but can’t bring himself to kick, admitting “No doubt I’m wrong keeping you in palm’s reach/The homies saying ‘haven’t seen you all week.’”

The track’s depiction of co-dependency is as raw as a late-night Twitter without devolving into a glorified musical vent-tweet. Collaborators Bruhnice and Sabz provide heart-melting harmonies, crooning “just can’t get enough” as Aaron decries where that compulsive attitude has gotten him.

The just-released music video for “Nicotine” is just as moody and cinematic as the song itself.

Directed by Michael del Rosario, the clip features Aaron riding a stationary bike as faded projections of suburbia pass him by.

At one point in his journey, he puts on a bike helmet before shredding on an electric guitar — safety first.

Sumptuous indie-R&B production and incisive lyrics make this single one of the best Pretty Boy Aaron has dropped thus far.

Unlike the drug this song is named after, this “Nicotine” is something you won’t regret letting fill the air.