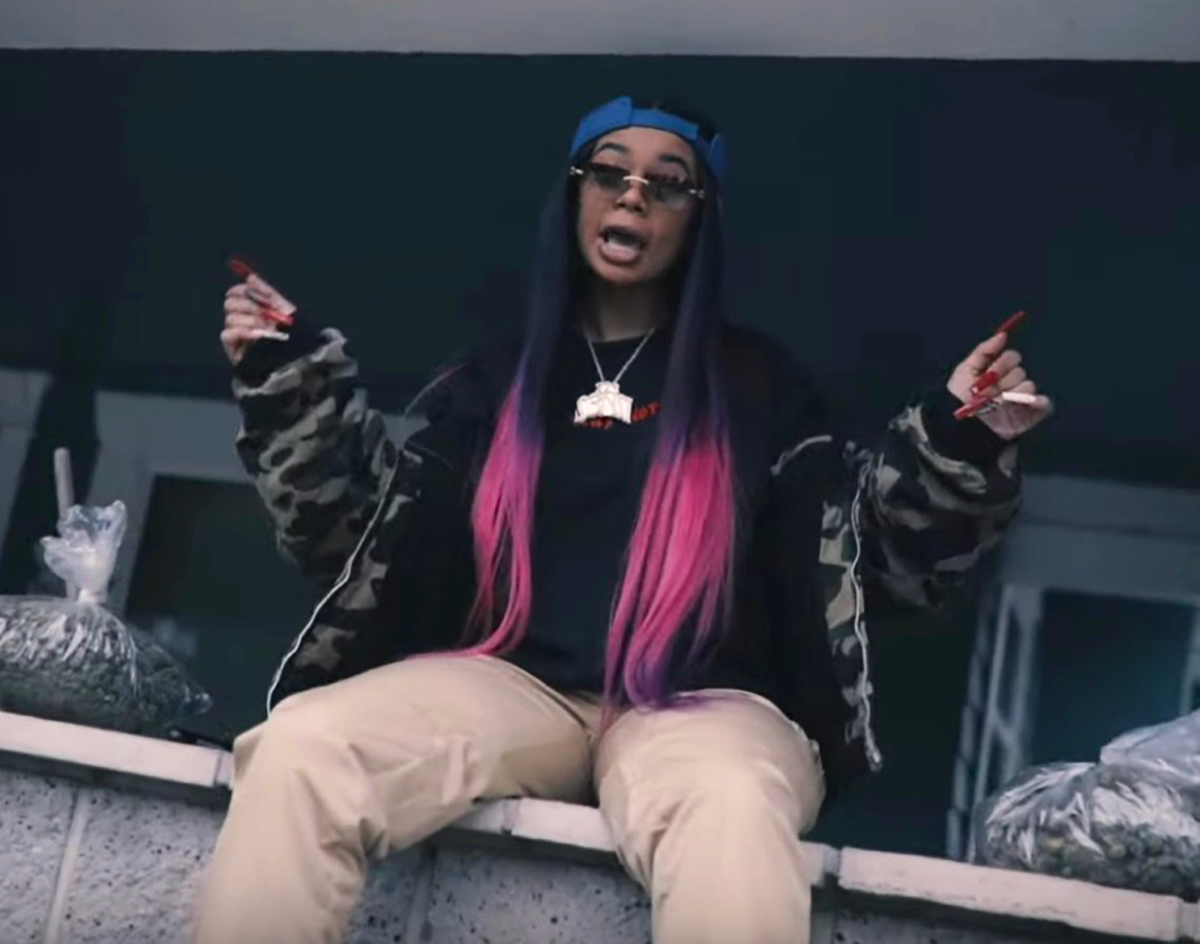 Check Out The Just-Dropped Freestyle From S3nsi Molly — A Barely-Minute-Long Track That Has Us Running It Back And Back Again.

S3nsi Molly — “Side Piece”
RIYL: Running it back.
What else you should know:  S3nsi Molly is likely gearing up for what’s likely to be her official, major-label solo moment, as she has already teased us with a couple tracks, including last year’s “Rugers Freestyle.”

The recent Def Jam signee had a breakout year in 2019 with longtime friend and collaborator Lil’ Brook. The two released a joint full-length titled Dumb Sh*t: The Album, caught the attention of Def Jam and even landed the now-lauded streaming achievement of vitality on TikTok.

Though she released a couple EPs back in 2018, we’ve been eager to hear Molly’s flow get the light it deserves on its own with a full force behind it, and now that she’s got that Def Jam co-sign, we know she’s cooking something — “Side Piece” has it fired up.

“Pretty bitch be thuggin/Yeah I’m really with that/When he get 50 give me 20/Make him split that/They say it’s smoke/Then I want War/Make ‘em spin that” she spits over a heavy, snare-assisted beat.

“Side Piece” will leave you ebbing and flowing just one listen in, but not for long — the video’s runtime sits at just 1:15. And if that wasn’t enough of a tease, as of now, the only place you can hear it is YouTube.

But for now we’ll do as she says in making us spin that: