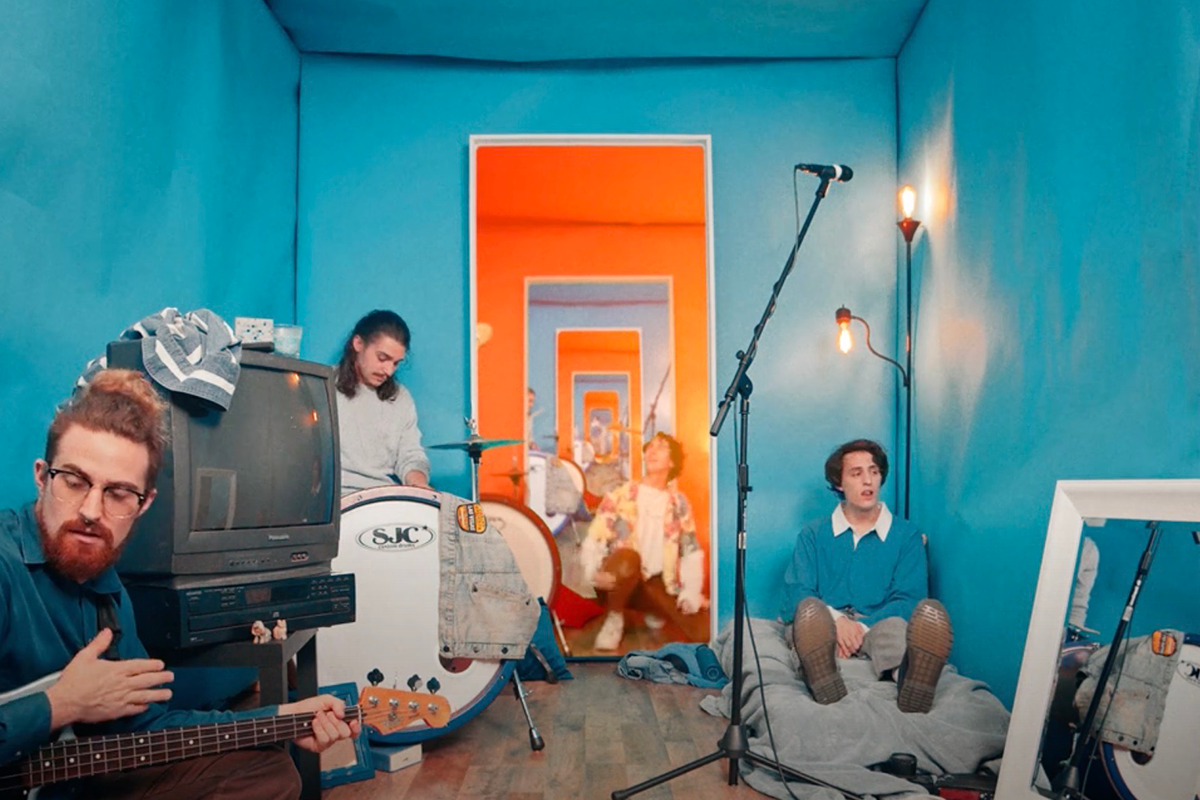 With Their Catchy And Colorful New Single, The Dallas Indie-Pop Trio Chronicles The Highs And Lows We’ve All Felt This Year.

The Happy Alright – “Up & Down”
RIYL: The 1975, Troye Sivan.
What Else You Should Know: Indie-pop trio The Happy Alright just released their first of new music in a year, and it feels like a breath of fresh air.

Since releasing Thank You Very Much in 2019 — and being named best emo act at our 2020 Central Track Music Honors — the band has been relatively quiet this year. Now they’re back with a vibrant new single that is nearly certain to live rent-free in your brain — it’s that catchy.

Vocalist Sterling Gavinski’s delivery is contagiously blithe in a way we’ve yet to hear from the band’s catalogue. Sonically, the song is laced with sunny synth reminiscent of early 2000s indie darlings like Hellogoodbye. What’s more, it’s so tethered to sprightly melodies that upon your first listen, you won’t even have time to get lost in the weeds of the lyrical anxiety and self-doubt. Leaning more into pure pop sensibilities than before, The Happy Alright is packing a little more sugar in their step this time.

The video for the track is also very much a visual manifestation of the song’s color wheel. Director Travis Beverly did an excellent job of translating the song’s mood into shifting monochromatic scenes of just plain fun. The hues of saturated orange and azure complement each other in a way matched by the subtle chemistry between the guys while they’re confined to a small bedroom.

In many ways, “Up & Down” feels like a new chapter for the band, and one that’s bursting at the chance to turn the page, at that.