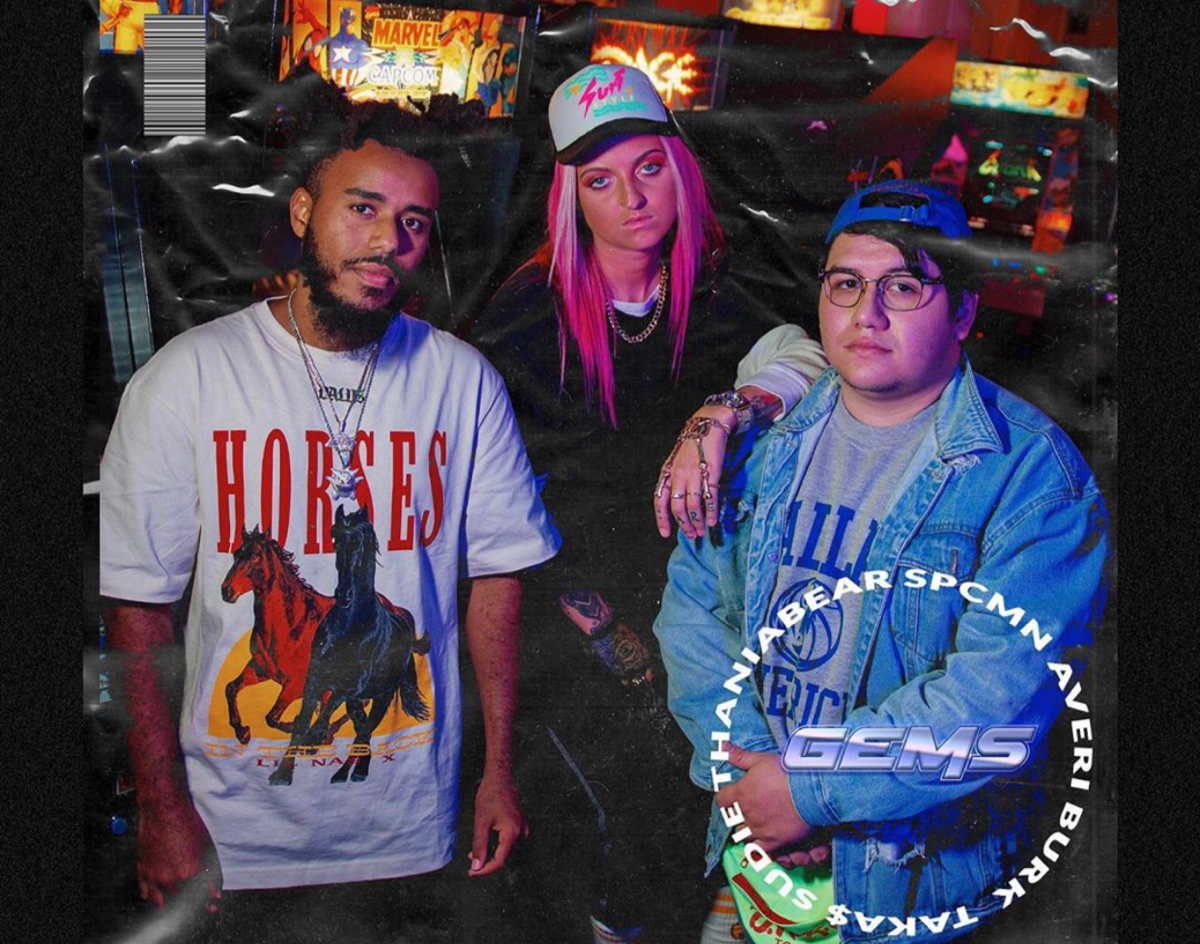 Rising Fort Worth Producer SPCMN Launches A Lineup Of Some Of North Texas’ Brightest Young Artists For A New Genre-Blurring Banger.

SPCMN, Averi Burk, TAKA$, Sudie & ThaniaBear – “Gems”
RIYL: Answering “a little bit of everything” when asked what kind of music you like.
What else you should know: The next class of Dallas up-and-comers is here, and they’ve linked up for a not-so-hidden gem of a new single.

Powered by the glossy, skillful production style of Fort Worth’s SPCMN — responsible for one of our favorite local releases last summer — “Gems” is the manifestation of a super-collaboration we never knew we needed so badly.

Grounded in the contagious chemistry between SPCMN and regular collaborator Thaniabear of Fort Worth indie band Nightstand Lamps, the song is an amalgamation of genres. From electronic roots to undertones of hip-hop and alt-pop, “Gems” lusters in shades of almost everything.

The track takes off with an unapologetic noir-pop flow from rapper-singer TAKA$. His brilliant tonal shifts create valleys of emotional highs and lows as he croons, “I thought I was selfish, you got that/I thought I could love you, get loved back.” His effortlessly clear pitch slowly unravels into a more aggressive declaration by its end, but it’s sets up for the perfect layup in the second verse.

Averi Burk’s throaty follow up to TAKA$ is gruff, sexy and cooled in naturally dominant energy. In a manner not dissimilar to Billie Eilish, Burk’s delivery on “Gems” provides a pulse on the future of alt-pop music. This verse has solidified her as an artist to watch in the Dallas music scene — we aren’t sleeping on her and neither should you.

In a final battle cry, Dallas pop mainstay and vocal powerhouse Sudie closes out the song with ghostly vocal runs that sweep through a monsoon of synth. The song’s local scene veteran of sorts positions her prowess in contrast quite well to the song’s fleeting harmonies with a deeper-voiced Burk.

On the off chance that you had any doubts, allow “Gems” to be another reminder that the future of DFW music is as bright as ever.