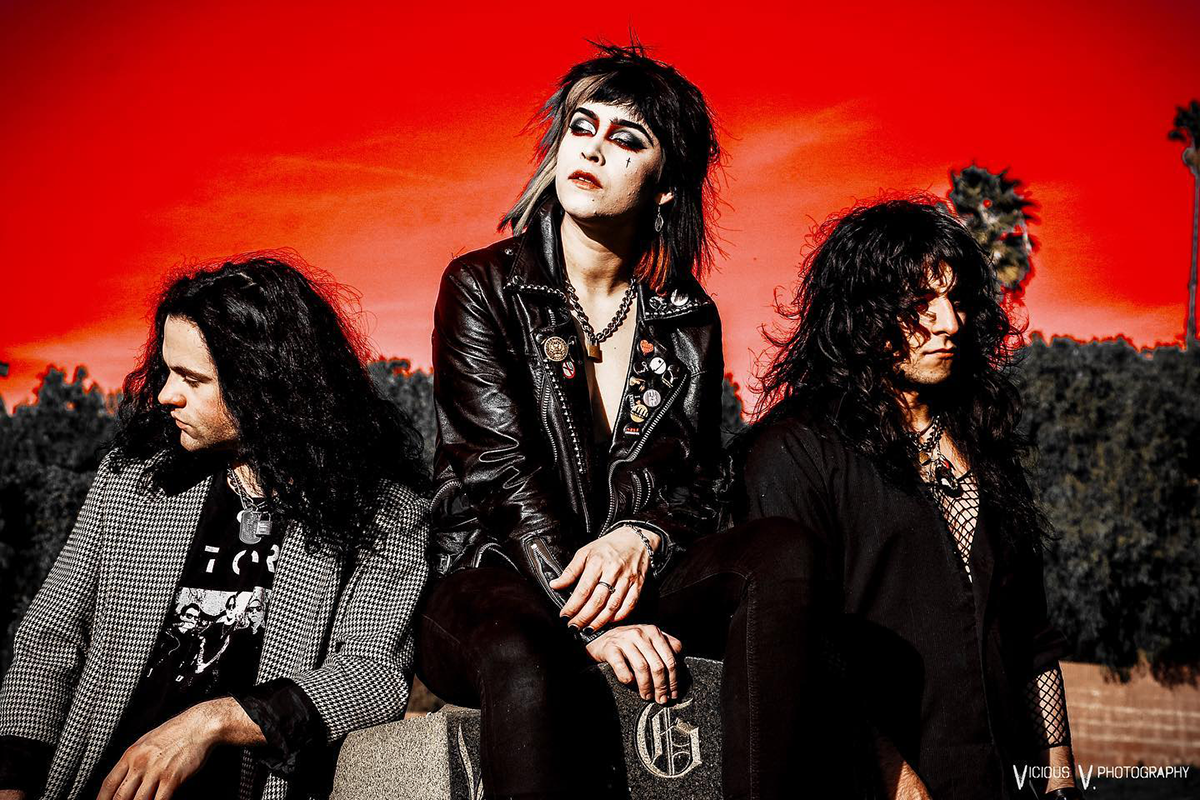 Check Out The Wistful, Standout Track Off The New ‘At The Stake’ EP From One Of Dallas’ Most Dominant Rock Bands Of Late.

Rosegarden Funeral Party – “Justification”
RIYL: Fighting the depressive waves of this damn pandemic.
What Else You Should Know: Before the pandemic hit, Rosegarden Funeral Party was one of Dallas’ fastest rising bands. As frontwoman Leah Lane told me a few months ago, the band’s ascendancy crashing to an abrupt halt has been a tough pill for the band to swallow.

After riding the high of a tour across the country at the top of the year, and picking up a couple nods at our Central Track Music Honors — 2019’s Martyr nabbed the honor for Best Album — Rosegarden Funeral Party was set to continue its reign with opening slots on tours for Pigface and Bauhaus.

Rather than wallowing in misery, though, the band channeled its frustration into music, creating an EP of catharsis. At The Stake was recorded with Michael Briggs of Civil Audio earlier this year and marks a slightly darker sound in contrast to its predecessor.

I’ve already featured “Ghost of You,” “Fear of Feeling Nothing,” and “Tortured Decline,” from the EP on my weekly playlists of new music from North Texas artists, but it’s “Justification” that caught my ears the quickest when Lane sent me an early listen.

The song’s almost cinematic-esque guitar intro launches into Lane’s hauntingly vulnerable vocal prowess for an apex among the five-song project.

While “Justification” details lovelorn pining, it also feels sort of prescient in the world we’re living through right now with lyrics of “And what does it feel like/To see the beauty in a moment/Why are my eyes blind to present/With my heart invested in nostalgia/And my mind focused on hindsight.”


If you find that out for yourself, share the wealth with the rest of us.