It’s Time To Return The Favor. 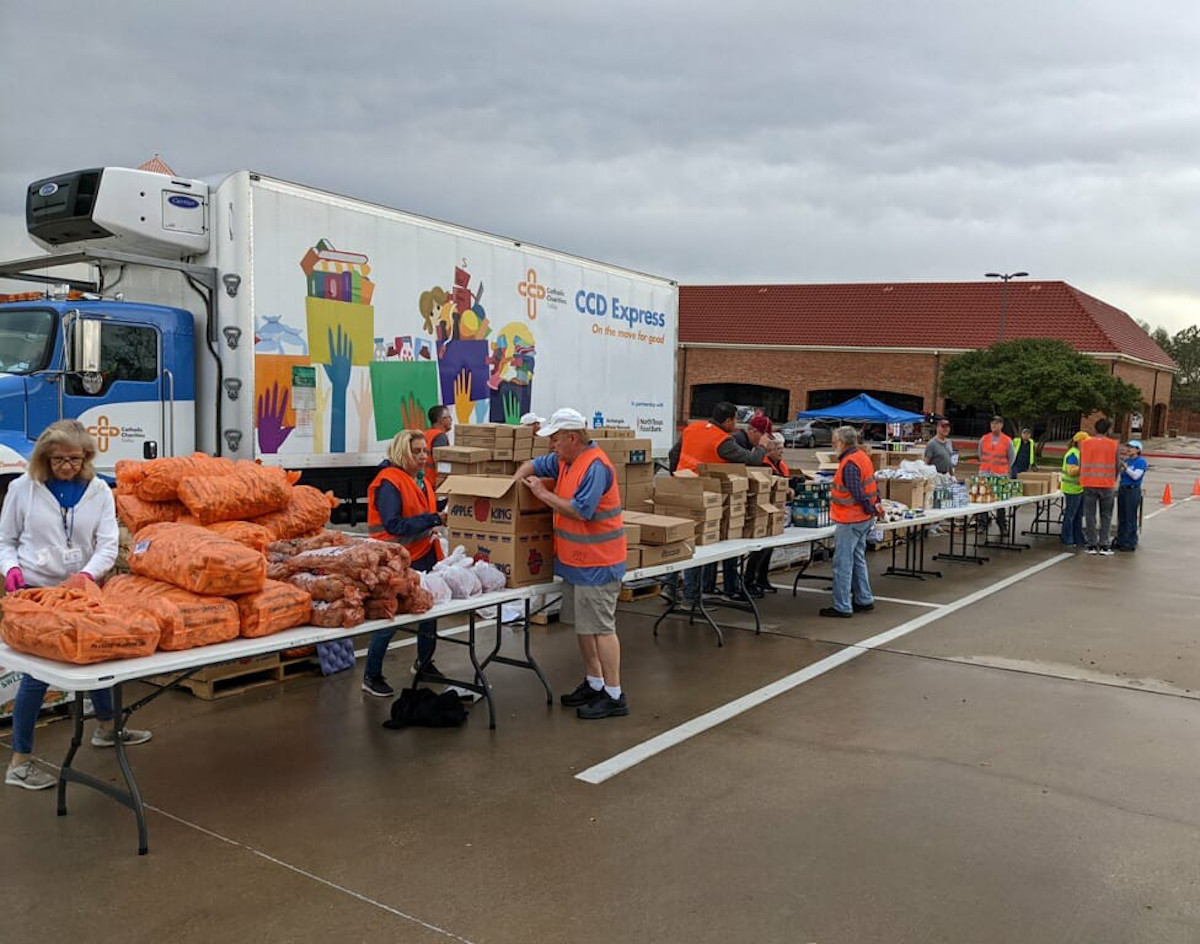 Buy A Round At 3 Nations Brewing & Donate To Carrollton’s Relocated Thanksgiving Day Soup Kitchen. Every Dollar Makes A Difference & They Need 70,000 Of Them.

We can’t help but feel like the world, specifically the U.S., is up in flames. While it feels like there isn’t much that can be done systematically, we are here to remind you that there are beacons of light in our communities.

There are trailblazers fighting the systems and focusing on individual needs, making impacts that lead to an immediate difference in the lives of those in need. We want to spotlight one that needs the community’s help.

Carrollton’s Thanksgiving Day Soup Kitchen is hosting a fundraiser at 3 Nations Brewing on Sunday, June 26 from 3-6 p.m. The goal is to raise $70,000 to transform the kitchen into a commercial kitchen and replace the electrical panels.

“If the 250,000 citizens of Carrollton Farmers Branch all gave $1, imagine what we could do each year,” Thanksgiving Day Soup Kitchen founder Carolyn Benavides says.

The soup kitchen has functioned as a ghost soup kitchen inside Joe’s Pizza and Pasta Subs on Beltline Road going on 17 years. It found its origins when Benavides’ son would feed local unhoused citizens after hours at Joe’s.

At the time, Benavides was unfamiliar with Carrollton’s unhoused community, but her son’s invitation to watch would soon ignite the fire that would transform the philanthropy in Carrollton.

“I think society really shunned the fact that we did have issues,” Benavides says. “They were just hidden and now because of COVID, they are billowing.”

She recalls men being weary and suspicious of their efforts to feed them and laughs at the memory of her son having to chase down people to feed them.

Soon, Benavides, her family and supporters began feeding families in need on Thanksgiving Day. The Thanksgiving Day Soup Kitchen feeds 20,000 locals at Joe’s each year with the help of the community through food and monetary donations and volunteer hours. The efforts require six large trailer rentals for storage, 12 deep freezers, 500 turkeys and 750 pumpkin pies amongst a lengthy list of other items.

But the soup kitchen does not stop there. Carrollton residents and beyond seek out Benavides to stay housed, keep the lights on, cloth their children and crowdsource.

Throughout the year, the pizzeria has had an open door policy where donations of any kind were welcomed during business hours. Throughout the years, anything from bikes, furniture to household appliances have been left at Joe’s to find a home.

The Benavides family meets a multitude of needs including partnering with CFBisd counselors to provide emergency needs for teenage mothers such as diapers, formula, money and food.

The Thanksgiving Day Soup Kitchen’s influence has gone beyond the doors of Joe’s. Through her influence, Benavides was able to work with city officials and North Dallas Family Church to open a daycare center that provides free or reduced childcare for teenage mothers.

Now, Joe’s and the soup kitchen are being transitioned out of their current building. For 38 years, the pizzeria has sat at the intersection of Josey Lane and Beltline Road — formerly as Mama’s Pizza before the Benavides family bought it. The shopping center has now changed hands and the new developers have opted to not renew Joe’s lease.

Joe’s will close their doors on July 31. They have already begun a move to the heart of Carrollton, Historic Downtown Carrollton, a fitting location for a pillar of the community. Benavides has taken over Amici Signature Italian after chef Bartolino Cocuzza’s retirement. Amici is now Joe’s New York Style Pizza on Broadway at Amici, an appropriate transition from one beloved Carrolltonite to another.

Once renovated, Benavides plans to open the kitchen for serving and donation distribution on Tuesdays and Thursdays from 8-10 a.m. The Thanksgiving Day food service will be at the church.

DFW and the ‘burbs, step up. Grab your phone, pull out your wallet and return the generosity to the Thanksgiving Day Soup Kitchen.

Grab a round for the table at 3 Nations Sunday and give a dollar, or more, to the soup kitchen that has single-handedly sustained Carrollton’s heart and community. Monetary donations are also accepted online Sunday and all year round.

“I can’t tell you how many R. L. Turner friends, alumni, have come up to me and hugged my neck and said, ‘You know what, my brother was down and out or on drugs or my sister was on the street, or my mom could make ends meet and Joe’s helped them,’” Benavides says. “Look at the stories that come out. Look at the blessings that abound by giving.”