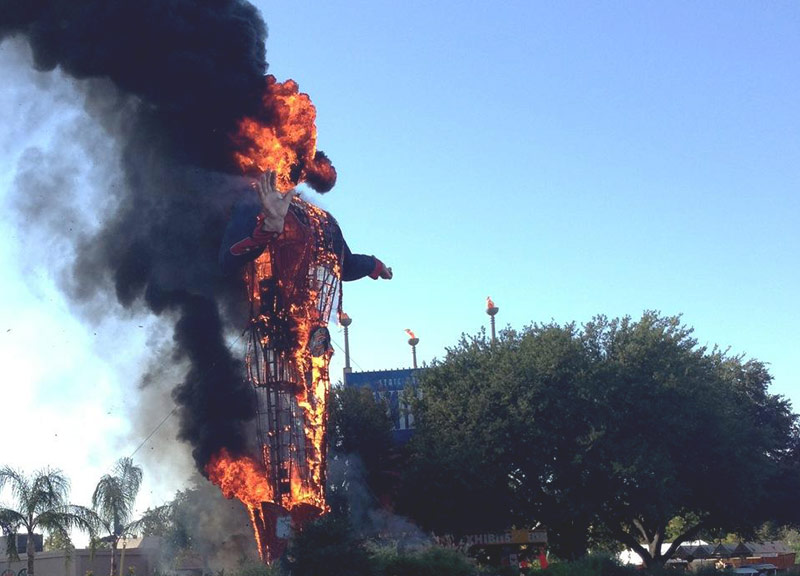 Big Tex Goes Up in Flames. He Was 60 Years Old.

State Fair of Texas mascot Big Tex melted away into eternity on the morning of Friday, October 19, after catching fire due to what authorities currently believe were electrical circuit malfunctions. Though originally built in 1949 as a massive Santa Claus statue for the town of Kerens, State Fair president R.L. Thornton purchased the statue in 1951 and converted him into the Big Tex character he would debut as in 1952. Since becoming the mascot of the Fair, the metal- and fiberglass-constructed Tex grew to stand 52 feet tall. He also launched and maintained an exclusive clothing partnership with Dickies and developed mechanical features that allowed him to wave his arm toward and “talk” to passersby. He was 60 years old.