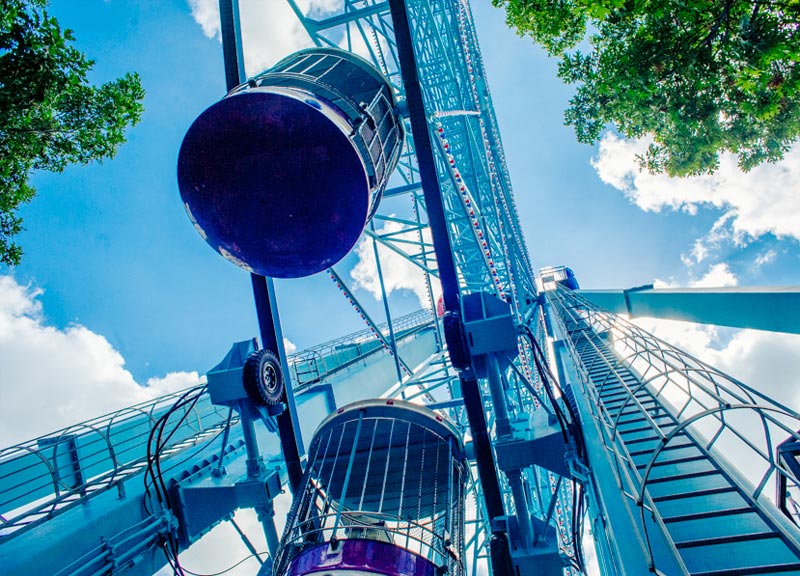 The Untold Story of How The State Fair of Texas Almost Lost the Texas Star.

The one thing that came from Big Tex’s fiery demise during the final days of 2012’s State Fair of Texas — besides a new, bigger, even creepier version of the iconic statue — was a steady wave of press for the fair, which pretty much lasted the full 341 days between the 2012 fair’s closing and the 2013 fair’s opening.

Maybe it’s just because the memories of an ablaze Big Tex are still so fresh, but many regard that incident as one of the low points in the fair’s history since its launch in 1886. And, for sure, it certainly put a strange spin on the fair.

But what you didn’t hear about — the story that didn’t make national news — was just how close the State Fair of Texas came to losing another, perhaps even more treasured icon from its grounds.

Unlike Big Tex, who only shows his face for 24 days out of each year, the 212-foot-tall Texas Star remains erect year round in Fair Park, a permanent fixture in the Dallas skyline for nearly three decades now. But, for a brief time after the 2012 fair, there was serious concern that the Texas Star — the tallest Ferris wheel in the Western Hemisphere and the cornerstone of the midway since Texas’ Sesquicentennial — might not return to the grounds in 2013.

As it has a handful of times since its erection in 1985, the contract that allows the private owners of the iconic Texas Star Ferris wheel to operate the ride during the fair’s 24-day run came up for renewal after 2012’s fair. But rather than simply renewing the contract as has been done in years past, Barbara Brown, wife of the wheel’s original owner Buster Brown, and her brother Mike Sandefur, who bought a fifty-percent stake in the wheel following Buster’s death in an automobile accident in 1990, weren’t sure they had the time or energy to continue operating the wheel.

So, somewhat quietly, the Texas Star was put onto the market. And, according to Barbara and her daughter Mary Talley, at least one of the potential parties interested in buying the wheel hoped to relocate it away from Fair Park.

Admittedly, moving the icon would have been a huge undertaking. The base that helps support the wheel’s 35 tons of reinforced steel is made up of over 600 yards of concrete and originally cost Brown hundreds of thousands of dollars to assemble when the parts arrived on the backs of 20 40-foot trucks after having been shipped to the States from Italy, where they were manufactured.

It takes a lot of mass to support 252 riders weighing around 185 pounds each on average — or more than 23 tons of fair-goer weight in total. Also built into the ride is a permanent structure that’s used to store tools, spare parts, schematics, the uniforms of 18-person crew it takes to operate the ride, and the batteries and walkie-talkies used by employees to communicate while on the job.

In its early days, the Ferris wheel’s original owners even slept in that base on occasion.

“My dad originally built it,” Talley says. “We lived in Fort Worth and he didn’t want my mom driving back and forth by herself at night. So they thought, ‘Well, let’s just build a place in case you just don’t want to drive and you can just grab a pillow and sleep on the couch.’ Is it the most ideal place? No. But, hey.”

Still, as painstaking and undoubtedly expensive as it might have been, moving the wheel was a very real possibility, and Talley’s initial attempts to keep the wheel in the family — as well as in its current location — came up empty as she and Sandefur couldn’t seem to agree on a price.

“They had an offer, but once I found out how much the offer was for, I just matched it and that was it,” Talley says. “They really didn’t want to [move it]; they just wanted to capitalize on the investment. Basically, my husband and I — and a really great bank — own it right now.”

Although Talley wouldn’t disclose how much she paid for the Texas Star or which bank backed her endeavor, some quick math tells us it was probably a good investment either way. When Buster Brown spent $2.2 million to build the wheel in 1985, he estimated that, then at $2 per ride, it would take him between seven and 10 years to recoup his investment. In the years since, the wheel has perennially been the fair’s biggest-earning ride. Now, it’s estimated that upwards of 140,000 riders will spend 14 tickets — or $7 — to ride it each State Fair of Texas season.

Talley’s no stranger to the amusement industry. With her husband Tom, she co-owns Talley Amusements, the sole provider of the rides at dozens of events that take place each year in North Texas, including Grapefest, the Fort Worth Stock Show and Rodeo, the North Texas State Fair and Rodeo, A Taste of Addison, and Addison’s Oktoberfest. Also like her husband Tom, Mary Talley is a fourth-generation member of a carnival family.

Talley’s great-grandfather, industry pioneer Bill Hames, started in the business in 1910 with a single ride. Previously a cotton farmer, Hames acquired the first piece of his traveling carnival after agreeing to let a stranger store it on his farm for awhile.

“The guy never came back and got it,” Talley says. “So he decided to take it out and see what kind of contraption it was. It turned out to be a horse-drawn merry-go-round. In 1910, he started taking it out and charging a nickel a ride. They would move it by rail. Next, they got a steam-powered Ferris wheel. He just started building on that.”

Since those days, the carnival amusement industry has become gradually more technical, and safer than ever. Operators who can’t keep up with the increasingly strict safety requirements, says Talley, are falling by the wayside.

That said, the Texas Star hasn’t changed much since its debut in 1985. Other than converting the 16,000 incandescent bulbs that are used to light up the Texas Star at night to an energy-efficient LED system in 2012 — and ditching its original “9th Wonder of the World” billing — not much else has changed for North America’s largest Ferris wheel in the last 28 years. And, other than maybe a new coat of paint, the Texas Star’s new owners don’t plan on giving the Ferris wheel a Big Tex-like makeover anytime soon. That much is guaranteed, at least in part, by the wheel’s status as a semi-permanent structure on the grounds of a National Historic Landmark.

But reinventing the wheel was never really a part of the Talley’s motivations in purchasing the Texas Star in the first place. By securing a new, long-term contract with the State Fair, she has ensured that the iconic ride will remain the centerpiece of the midway for many years to come.

Beyond that, though? Talley doesn’t foresee the ride changing hands or locations. Not in her lifetime, at least.

“My son-in-law is operating it right now,” she says. “[He and] my middle daughter, Courtney, both climb the towers every day and do the inspection.”

Adds Talley: “I plan on passing it down to the fifth generation.” 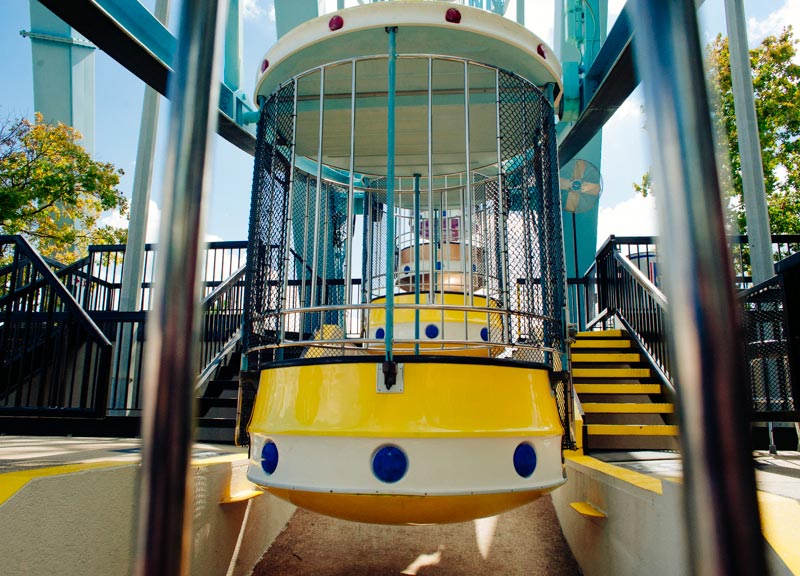 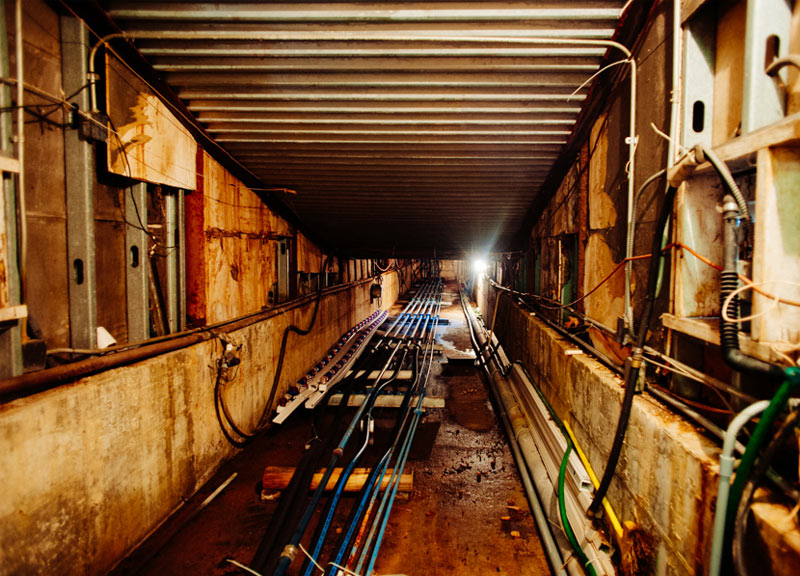 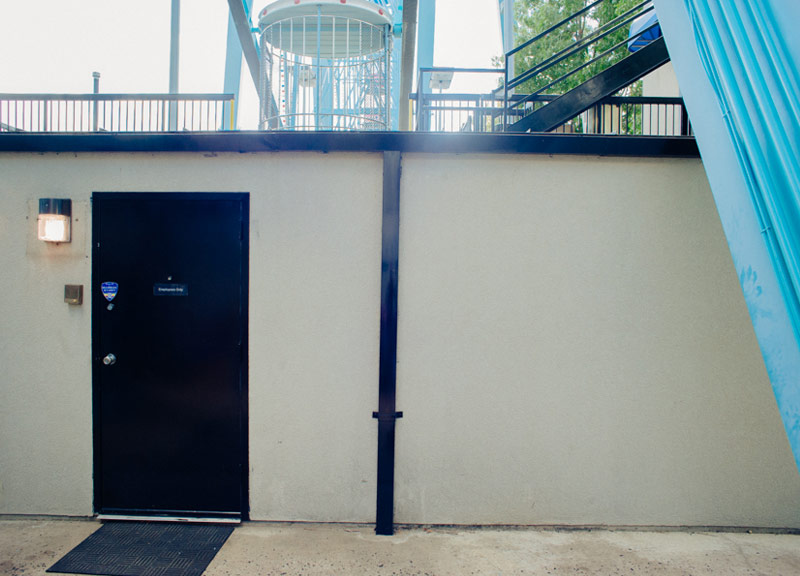 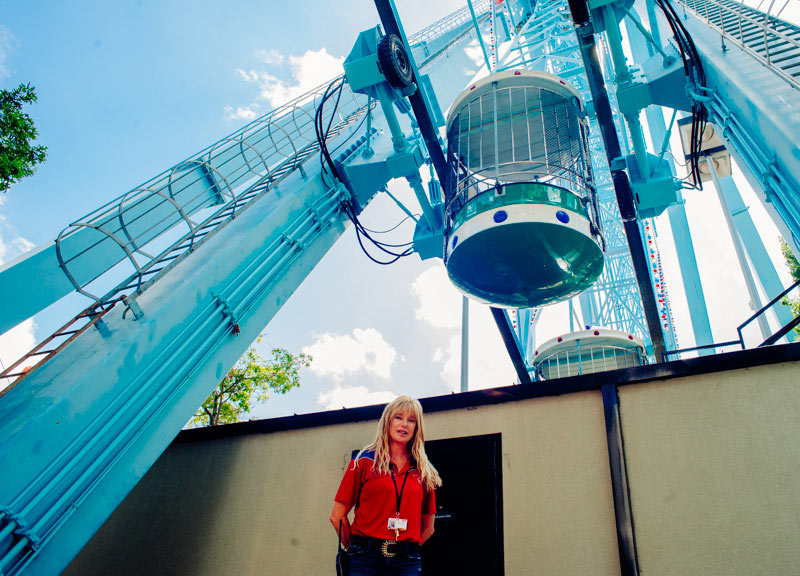 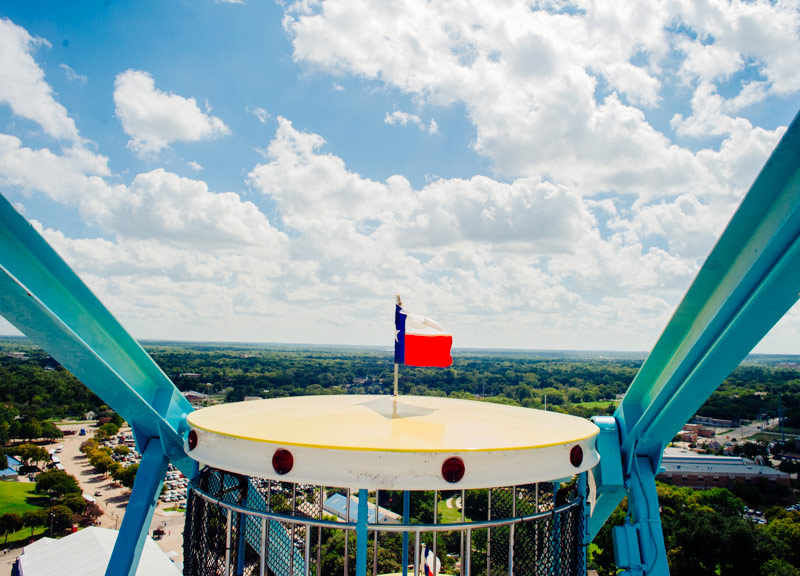 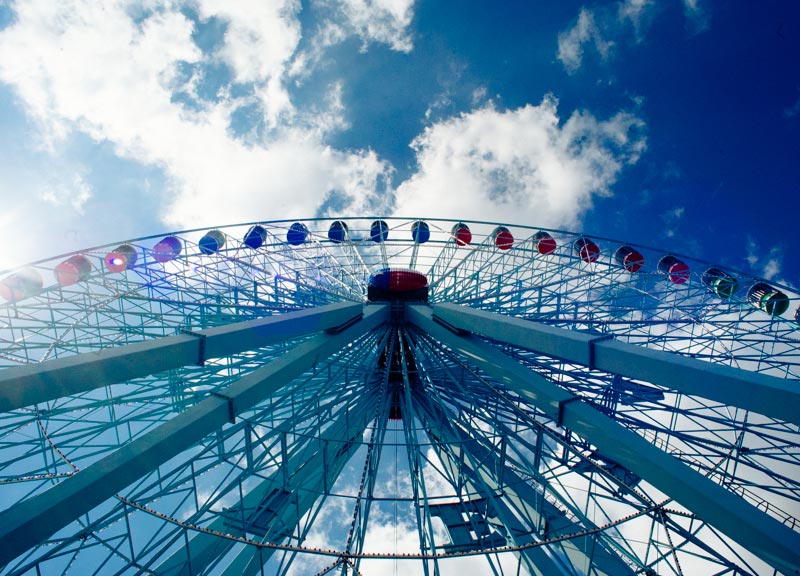