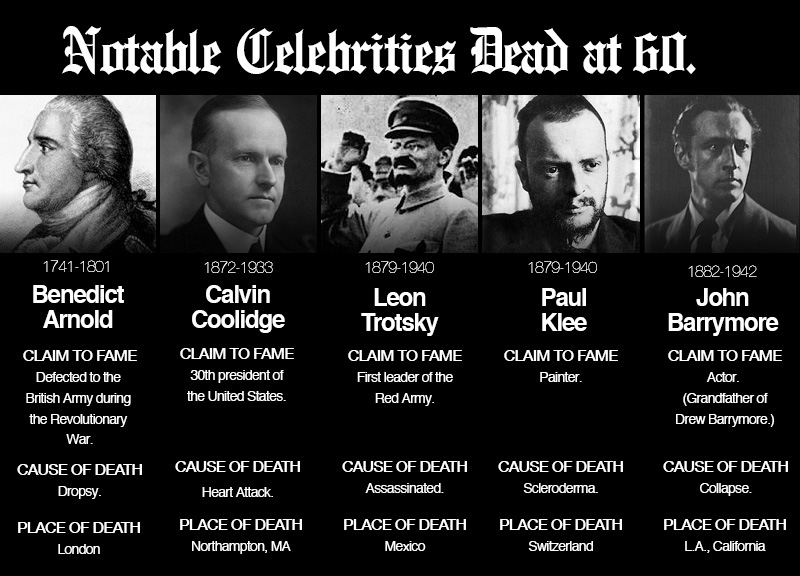 What Other Notable Celebs Died Like Big Tex at Age 60?

It only took 10 minutes for this morning’s Fair Park fire to engulf and destroy Big Tex, the 60-year-old icon who cheerfully greeted all attendees of the State Fair of Texas.

Now, all that remains of him are his 52-foot-tall metal skeleton and his arms. But, this afternoon, even those parts of Big Tex were carted off of the fairgrounds.

Sure, he’ll be rebuilt — we now know that for sure. In a tweet this morning, Dallas Mayor Mike Rawlings vowed to rebuild Big Tex “bigger and better for the 21st Century.” (He also asked us to honor Big Tex by going out and enjoying the final weekend of this year’s state fair.) But the fact remains: As of this date — October 19, 2012 — this most recent version of Big Tex is no more.

Interestingly, his death date is shared by another Dallas icon, Dallas family patriarch Jock Ewing, who, despite his body never being found, was declared dead on this day in 1982 after his helicopter collided with a small plane.

But Big Tex might be among the most famous celebrities to have died at age 60. It’s kind of a weak age for prominent deaths, really. (No offense, Benedict Arnold).

So, in memoriam of this Texas legend’s passing, let’s take a look at some of the other notable celebrities and historical figures that also died in their 60th year. 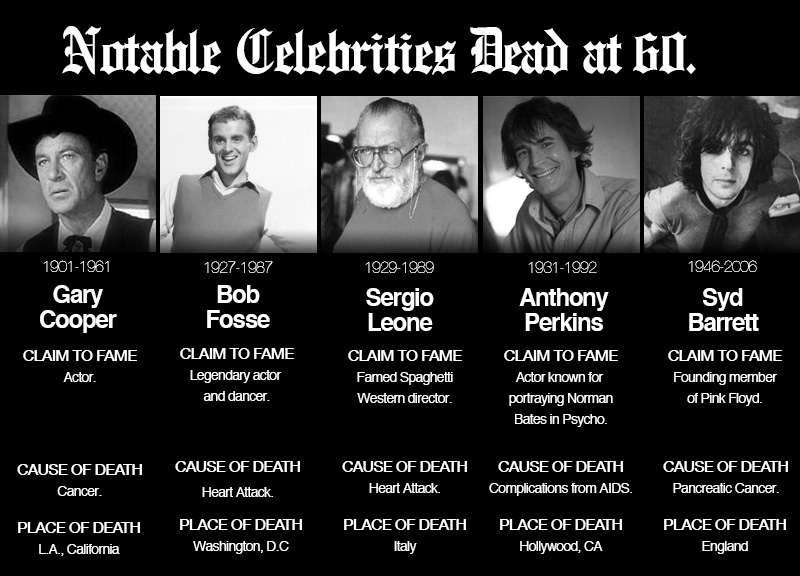 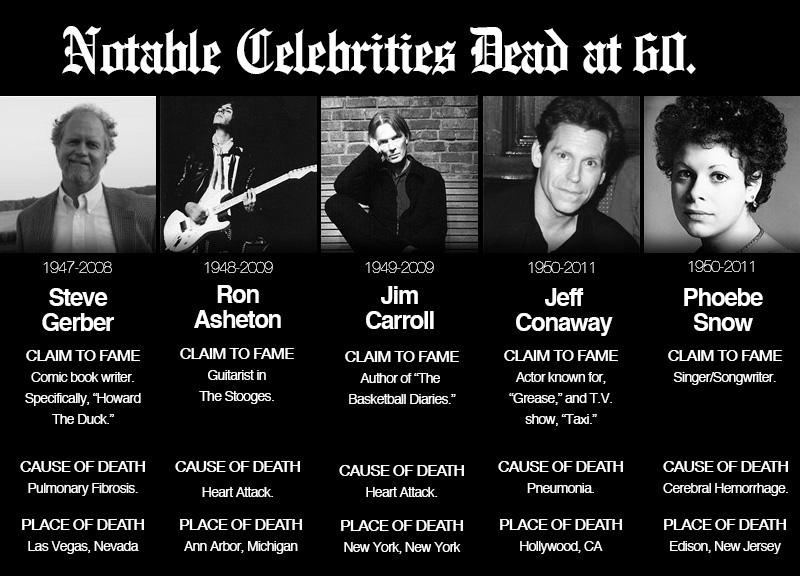 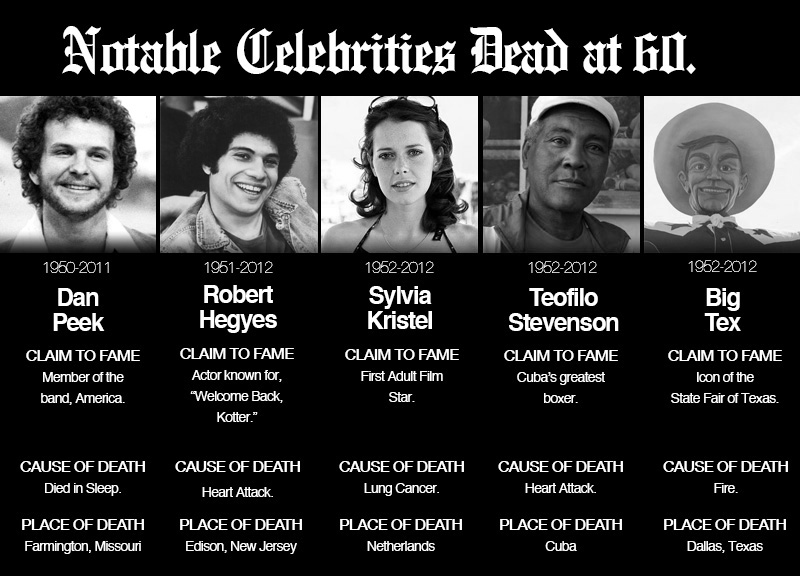