MC 900 Ft Jesus Has Been Resurrected. 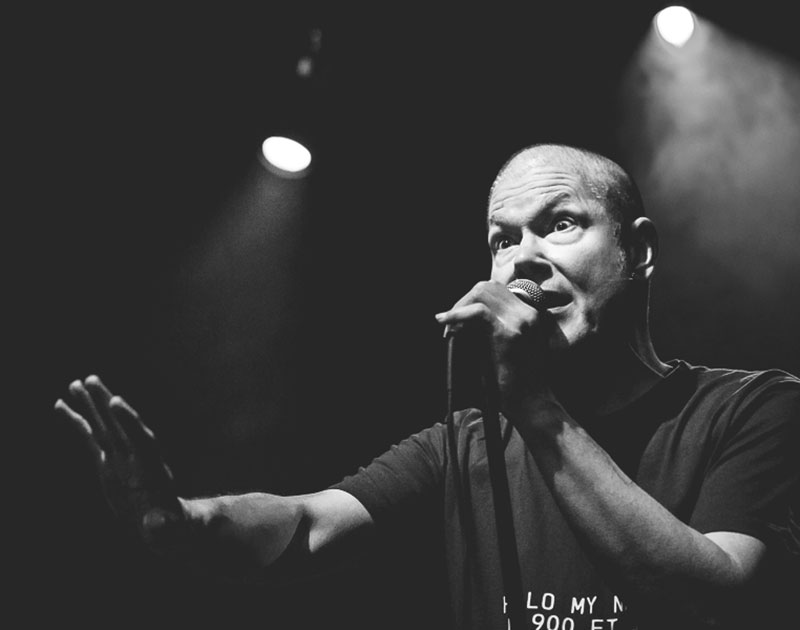 MC 900 Ft Jesus Returned To The Music Scene This Year With A Lineup Tweak That’s Giving The Band A Second Wind After A 15-Year Hiatus.

For a couple of years in the mid-’90s, I’d strap 10 CDs to the rack on the back of my bike and ride a few blocks over to Bar Of Soap for my daytime bartending shift. It was a perk of the gig: Bartenders got to fill the 10-disc CD changer with whatever we wanted during our shifts.

I always tried to fill the cartridge with my favorite local stuff — usually the Toadies, Brutal Juice or some Sixty-Six. Baboon would get in there from time to time. Bobgoblin pretty frequently, too. But two slots were always reserved for my two MC 900 Ft Jesus CDs, Welcome To My Dream and One Step Ahead of the Spider Everything about them made me feel a little more sophisticated than I was (or am). Unlike a lot of local records, they didn’t have that Dallas-y sound that made a lot of stuff sound kinda small-time. They were built on killer performances by revered Dallas musicians’ musicians who’d laid out long, vibey grooves.

Now that Mark Griffin, the voice and mastermind of MC 900 Ft. Jesus, has returned to the music scene after a 15-year hiatus, I thought it was relevant to write about how Griffin and his crew found their sound and ultimately showed people like me — a set that at the time when they first came to prominence was a bit clueless about hip-hop’s musical inclusivity and malleability — that theirs was the sound of the future.

I spoke with Griffin from his perch behind the counter at Oak Cliff’s Lucky Dog Books on a sleepy weekday night just before his band’s first reunion show in 15 years at the Kessler back in July. It’s one of his two day jobs, and his boss was a couple of aisles away on top of a ladder, fiddling with the ballasts and wiring on a fluorescent fixture, listening in on our talk.

Griffin’s pretty used to that. He’s a retail lifer, having worked at the now-defunct VVV Records in the ’80s — a gig he says jaded him because all the music he listened to there sounded like it was concerted effort to ape other stuff that came through. It taught him that he didn’t want to do that with his music.

It wasn’t all bad at VVV. When storeowner Neal Caldwell introduced Griffin to Ken Nordine’s albums that featured Nordine telling stories over smooth jazz sounds, Griffin found his lane, while at the same time being influenced by all the music around him and literature like A Confederacy of Dunces and the 1979 film Wise Blood.

Griffin would go on to act as a product buyer for the record store and eventually use his connections with record distributors to parlay himself and his sound into a deal with Canadian label Netwerk and for the rest of the ’90s. Soon after, MC 900 Ft. Jesus toured, courted a little controversy and became part of the cultural zeitgeist by way of inclusion in a Beavis and Butthead episode and a Spike Jones video for “If I Only Had a Brain.”

“I really wanted a live show,” Griffin says. “I wanted to take it on the road. From what I knew about Netwerk, they seemed like a one-stop shop for touring needs. I’d always come home with a few thousand dollars in my pocket. I would love to have somebody take care of that.”

Netwerk took care of Griffin’s desires, but his interest in the project eventually waned. Right around the start of the new millennium, so too did any momentum the act had gained.

Now 15 years later, though, Mc 900 Ft Jesus has been fully resurrected. After a few shows around the state, the band will perform this weekend with a Saturday night gig at Dan’s Silverleaf in Denton. Original touring members Chris McGuire and Greg Beck are in the fold, but so too are new ancillary members who help fill out the sound. The new version of the band is all old stuff, of course, but they’ve re-worked many of the arrangements, with new member Wanz Dover, a music tech savant and long-standing North Texas music fixture, able reproduce tons of electronic sounds that the previous quartet was unable to pull off live.

There’s a tradeoff to that, however. These days, MC 900 Ft Jesus’ sound strays some from its more jazzy sound that it toured under in the ’90s. Of course, that’s what’s nice about music being an ever-changing beast. Even a band that gave up its momentum in the last millennium can find new footing and book new gigs anywhere that good music is appreciated.

“What I want to do is take it on the road again,” Griffin says of how this latest chapter of his project has invigorated him. ”I don’t want to be one of those geezer bands, where the tempos are all half what they should be.”