What Ever Happened To The Science Place At Fair Park? 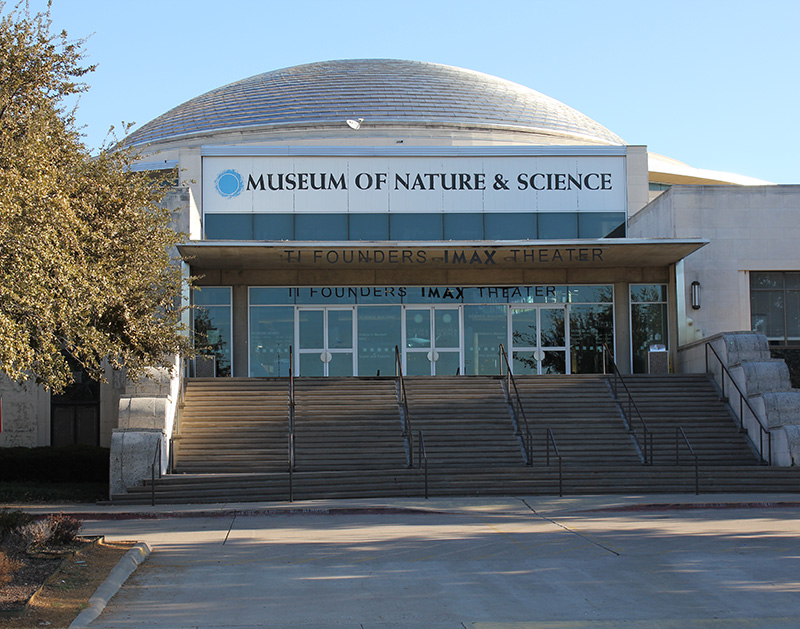 The Perot Museum Of Nature And Science Gets All The Attention Now, But Before It Opened, The Science Place At Fair Park Was The City’s Educational Magnet.

With its dinosaurs and human anatomy exhibitions, the Science Place at Fair Park was a prime destination for school field trips.

Who can forget all the trinkets and Pop Rocks sold at the novelty store?

Topping it all was the crown jewel: an IMAX theater with its curved screen that always made every film feel that much more immersive.

But that theater is now empty, except for the 323 seats and the curved wall, but it’s just a shell of what it used to be just like the rest of the museum.

Sure, the theater has seen better days, but don’t drop the curtain on the Science Place just yet because there’s a plan in the works to bring that building back up to code and make it fully functional.

“We really do want to be able to put another attraction in there,” says senior park manager Dee Ann Hirsch. “We’d like a full time exhibition or being able to use to space for rotating exhibitions. We don’t want to leave it dormant and bringing it back online as soon as possible is the best way to do that.”

What that means is still unclear, says Hirsch, but Friends of Fair Park does have a concrete goal of getting the facility back up to code and updated for future use.

That process depends on an environmental hazard report that Hirsch says her office expects to have by September 30. What that will mean is installing a new fire alarm system, upgrades to elevators and potentially some remediation if the report finds anything like asbestos in the building.

The Science Place closed around 2006 when it merged with the Museum of Natural Science and Children’s Museum and formed what is now the Perot Museum of Nature & Science.

And so it’s kind of just sat there, gathering dust, but that doesn’t mean everyone has forgotten about the building.

“We’ve had some interest in the building and National geographic has contacted us about using it,” Hirsch says. “We see a potential full time exhibition space, but until we get it up to speed, it’s kind of a blank palate.”

Hirsh says she can’t stress enough how much any future plans for the Science Place depend on how much the renovation process will cost. It could be a small enough cost that it could come out of the Parks & Recreation budget, or it could require as much as a bond proposal.

As for the semi-abandoned IMAX theater, well, it would be entirely in the hands of whatever organization took control of any future programming at the museum.

“We’ve had some inquiries already about the IMAX,” Hirsch says. “But we would probably leave that to whatever institution will be in charge of the facility.”