On Tuesday, Benjamin Booker Was The Hero We Needed. 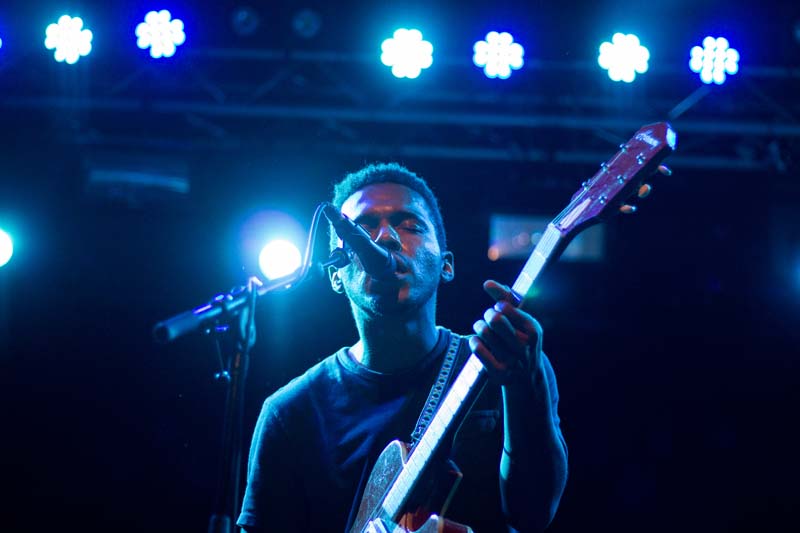 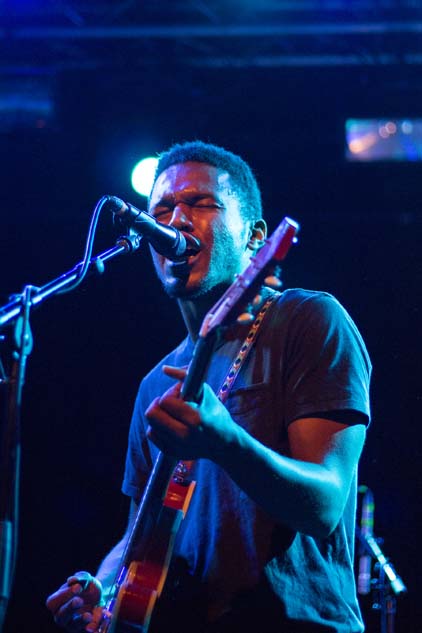 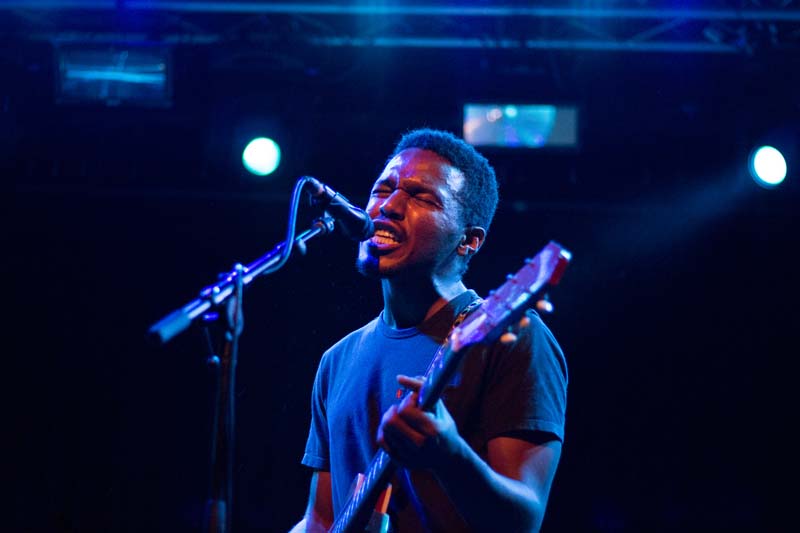 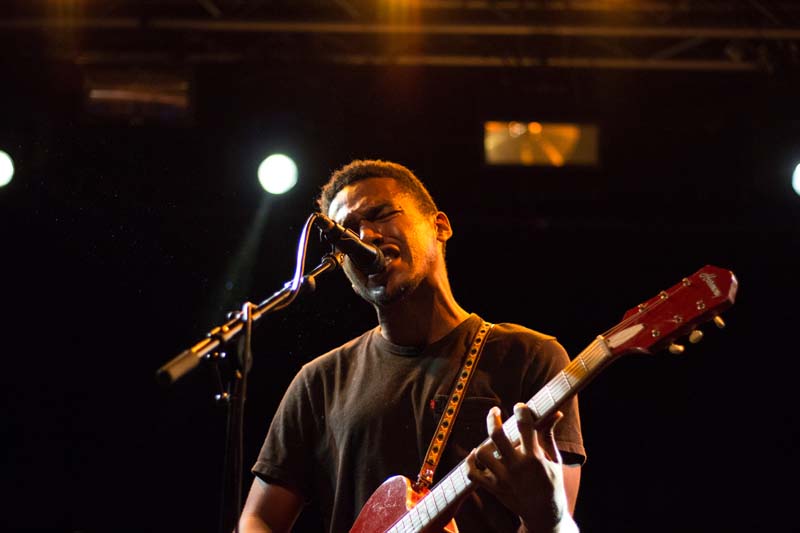 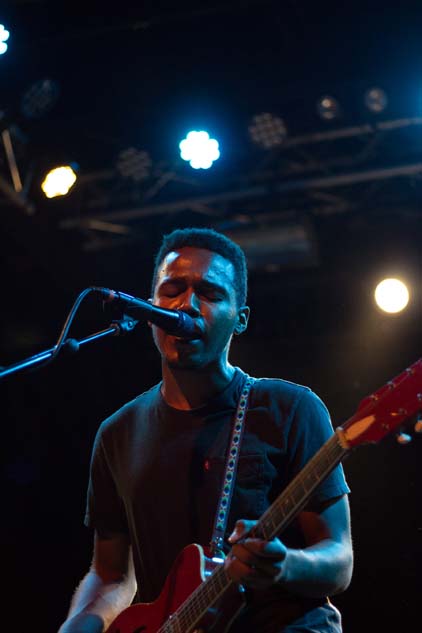 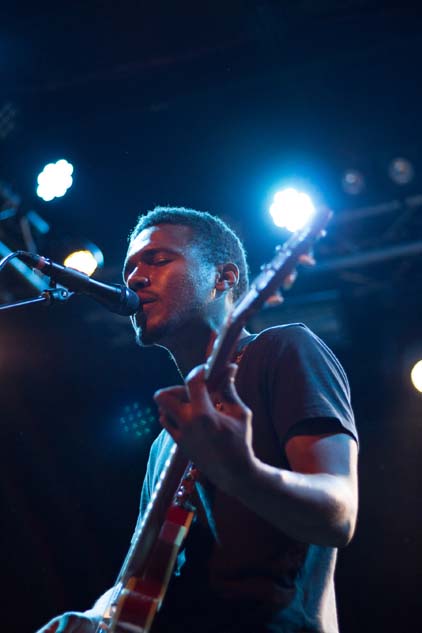 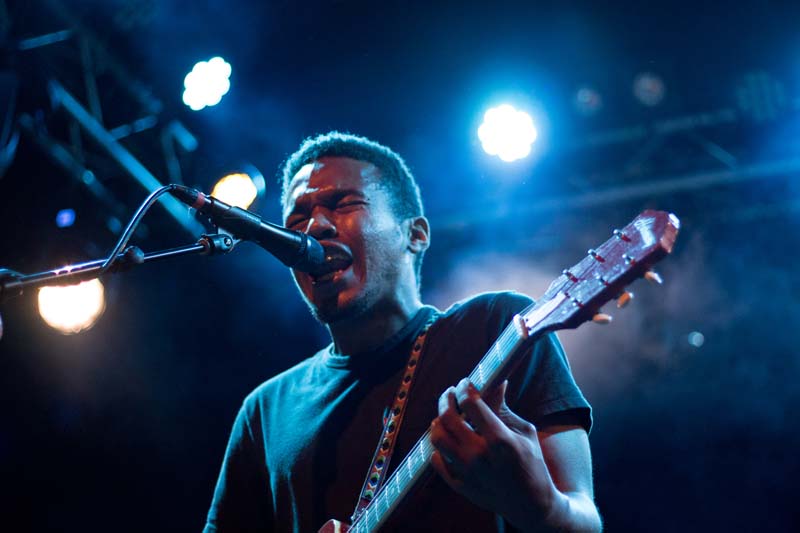 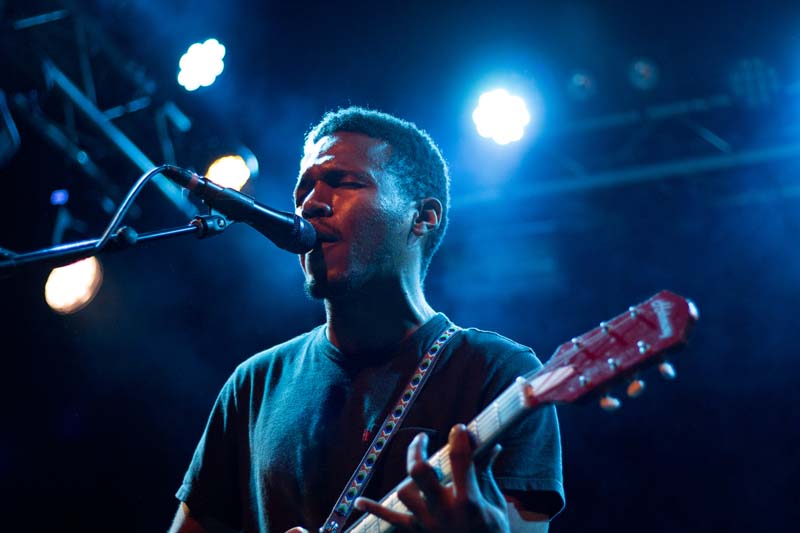 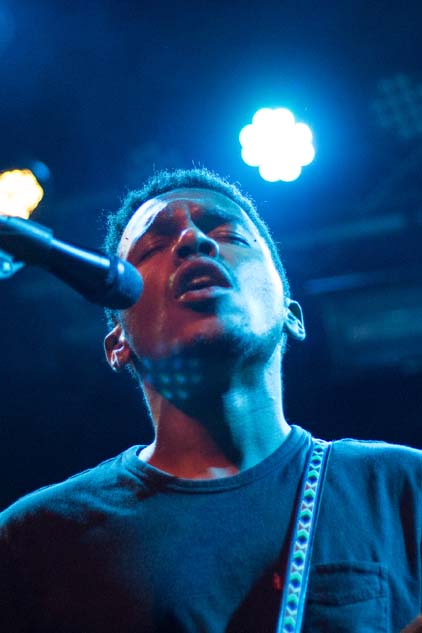 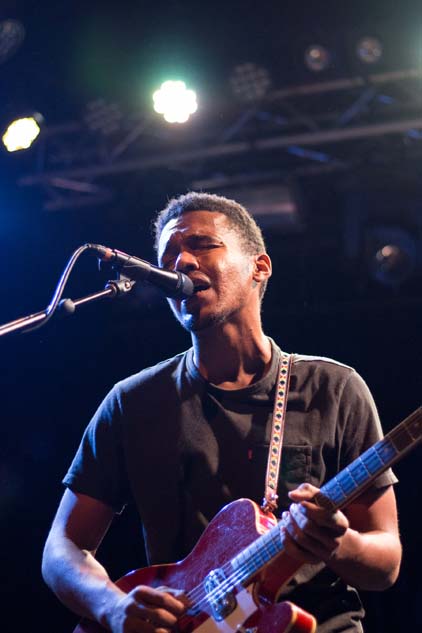 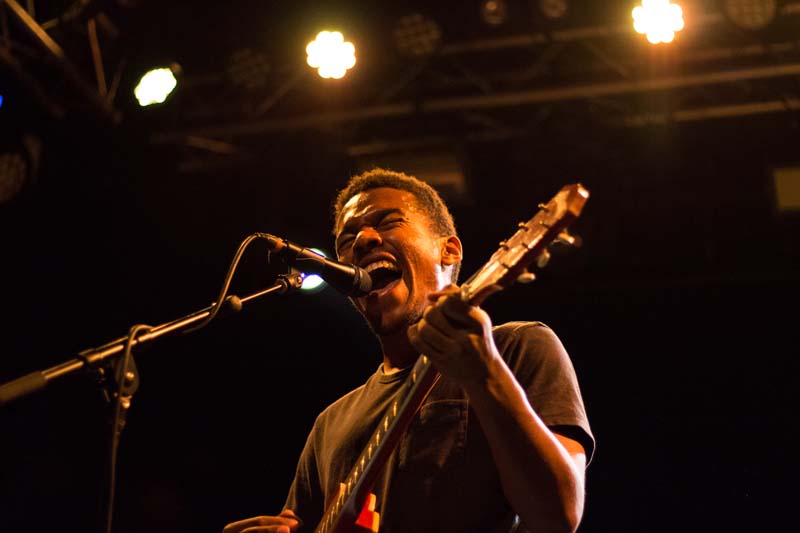 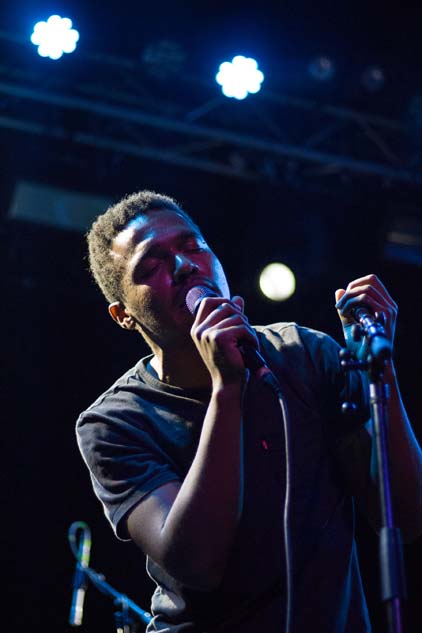 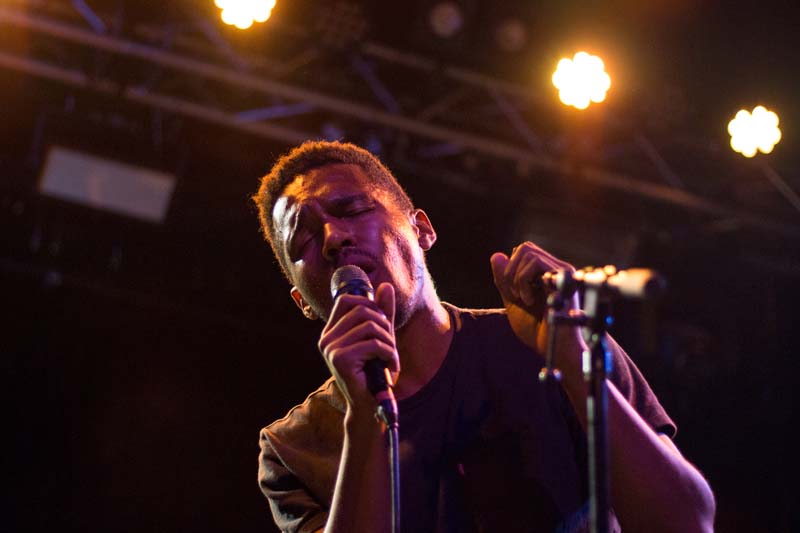 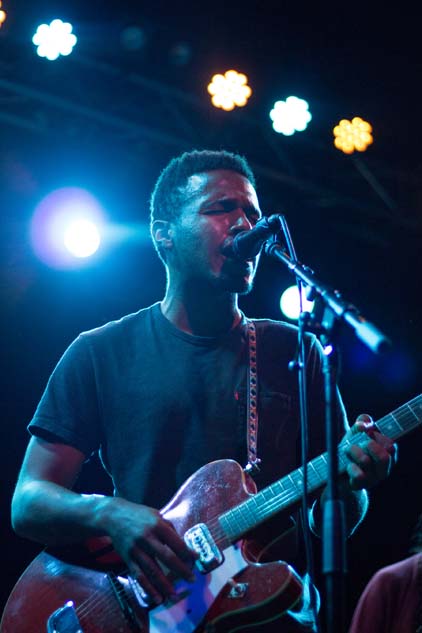 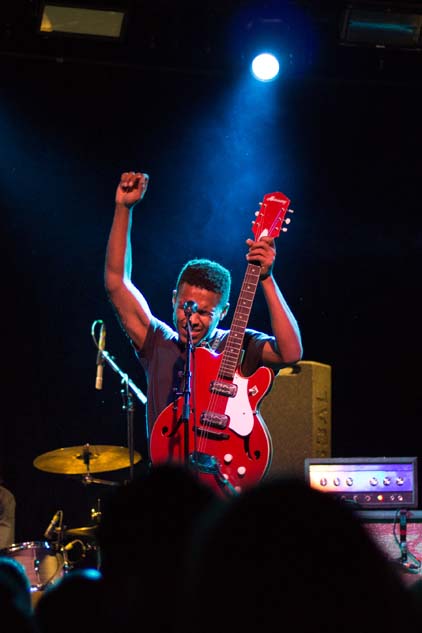 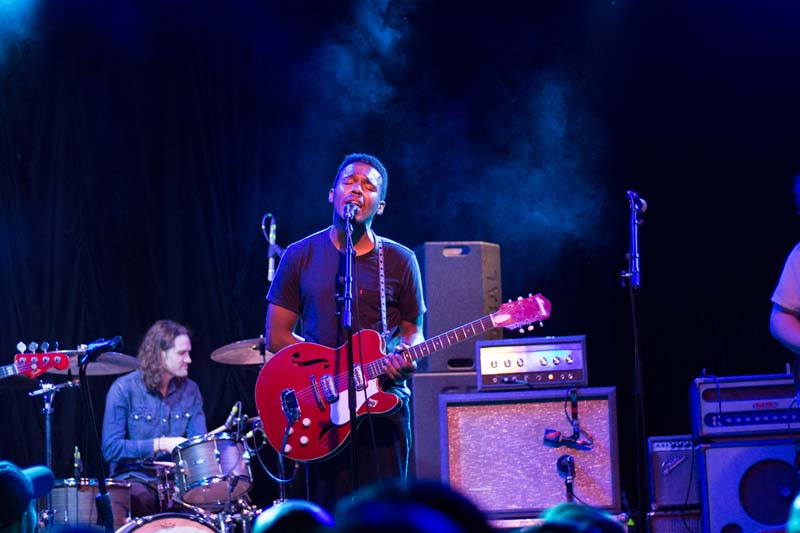 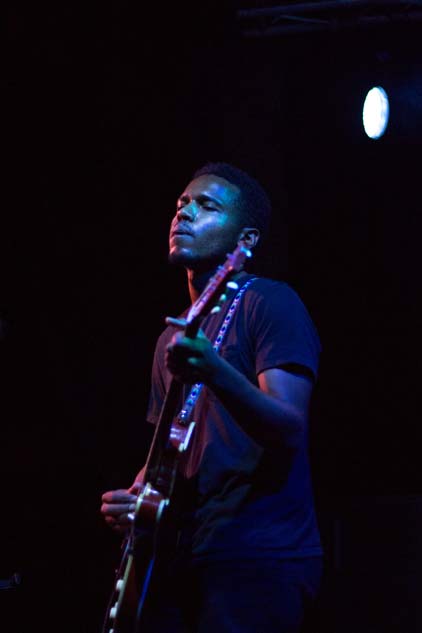 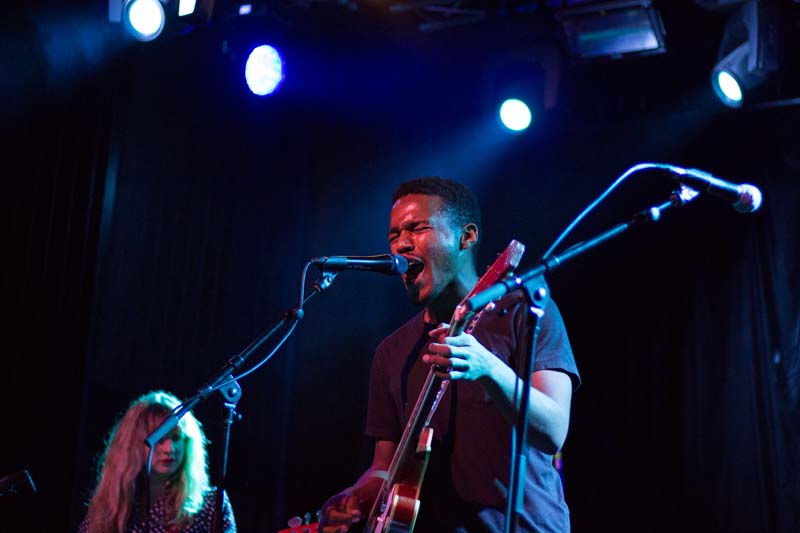 The Rain Outside Trees May Have Kept The Crowds Away, But Rocker Benjamin Booker Kept It Real And Put On A Show As Only He Could’ve.

Surely, by the time most of Tuesday night’s crowd got inside of Trees, it was a little annoyed at being soaked from the pouring rain coming down outside. It was a buzzkill, for sure, putting a damper on the night’s turnout.

But the promoters’ loss was ultimately this crowd’s gain, as it meant fans wouldn’t be stuck kissing the back of a stranger’s neck just to see the acts who were set to perform up on stage. And once those performers did get to playing, all did really feel right in the room.

Opening band She Keeps Bees entered the room on a lighthearted note on Tuesday, leaving everyone in a better mood after they jammed “Our Bodies,” a tune written about the importance of maintaining a healthy vagina.

Yes, the little things are important. But so are the big things, and that’s a sentiment that the night’s headlining act, the blues-inspired garage rocker Benjamin Booker, was focused on by the time he hit the stage at this show.

Booker, who cut his teeth in the music industry as an intern for oddball Canadian music journalist/web personality Nardwuar and opening on the road for Jack White, recently hit his stride with the June release of his sophomore album, Witness. In this body of work, he found the courage to say what needs to be said about racism in the U.S. — an unfortunate topic, perhaps, but a necessary one for our citizenry, and not just those people of color.

An act whose sound flies in the face of his genre’s whitewashing in recent decades, Booker’s mere existence is an act of resistance. And his reclamation of a genre of music that people of color invented but are never credited for is a virtuous endeavor. To that end, Booker very much represents a beacon of hope — not just for people of color, but for America at large. Through song, he aims to remind his listeners that people of color continue to face the injustices of the past, and that major improvement is still necessary.

Yes, while we were scrolling past the uncomfortable realities of our current political climate displayed on our Facebook feed and simply coasting by, Booker is out nailing the issues to the wall. But, despite the at times brooding nature of his music, this Trees crowd’s morale was ultimately high, swaying from side to side to the concert and even engaging in some light headbanging.

Sure, the rain might’ve hurt the turnout some on Tuesday night. But it couldn’t put out either Booker or his fans’ light.