Money In The Bank. 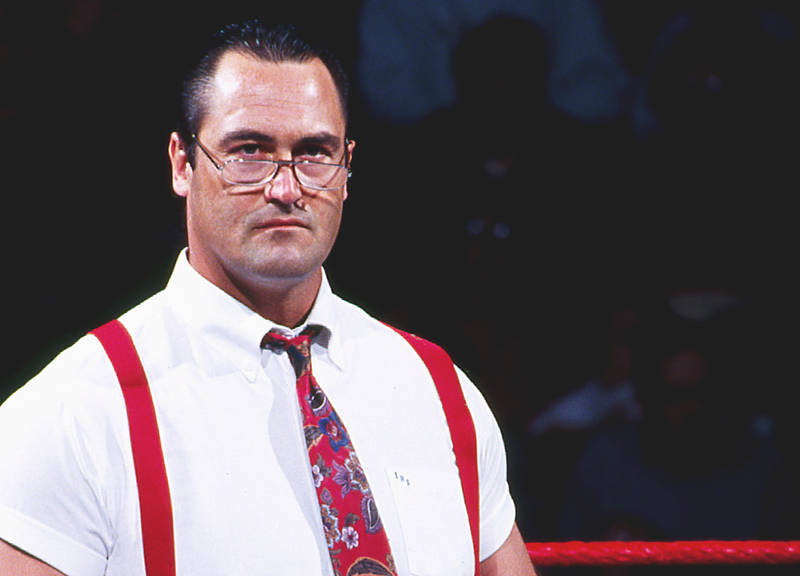 Your Tax Dollars Are Partially Responsible For Funding WrestleMania 32’s Arrival in Arlington.

When WrestleMania 32 goes down at AT&T Stadium in Arlington on April 3, it’ll bring with it more than just than that single big ticket event. The WrestleMania Axxess fan convention and the WWE Hall of Fame ceremony will both be held at the Kay Bailey Hutchinson Center in Dallas. WWE’s beloved development program, NXT, will have its TakeOver: Dallas event there, too. Also? The Monday Night Raw will take place the day after WrestleMania at the American Airlines Center.

All told, this city at large could stand to make $140 million from hosting all this stuff.

Or so they tell us. There aren’t any real guarantees as to how much money WrestleMania will actually generate for a market, even if last year’s host region, the Santa Clara/San Jose area says it generated an estimated $23.2 million in federal, state and local tax revenues along with an approximated $139 million economic impact — a combination of direct, indirect and induced impact — thanks to welcoming the WWE into its region.

Let’s take a look at how they arrived at those figures, though. Economic impact is a little weird. It’s a measure of money poured into the economy by the people attracted to the event, but it also tries to account for the necessary spending by vendors to supply the goods and services that WrestleMania attendees are after, as well as any extra income that comes into local households thanks to this spending frenzy. The gist is that a whole bunch of money is entered, and then swirled around. Because so many people who buy tickets are coming from out of the region — according to the impact study, 78 percent of attendees for WrestleMania 31 were not from the Santa Clara/San Jose area — the host has the added bonus of grabbing up wads of cash that would have otherwise been well out of reach. And because AT&T Stadium can hold more people than last year’s Levi’s Stadium, North Texas has a shot at breaking that $139 million mark.

WWE’s economic figures come from Enigma Research, a privately-owned Canadian firm that specializes in event analysis and economic impact studies. Their client list is impressive: Per their website, they’ve worked with Montreal’s Just for Laughs Festival, the State Fair of Texas and car companies like Honda and Chrysler. Enigma collects data with Internet, phone and on-site surveys, as well as observational data from the events themselves. It’s not quite the same as having hard data on every single purchase made by every attendee, but even if $139 million is only a ballpark figure, it’s a lovely field to play in.

The respective mayors of Santa Clara and San Jose both publicly endorsed the figures Enigma Research provided for WrestleMania 31 — although, to be fair, those reports make their decision to play host look that much better. Welcoming WrestleMania into your town can come with a number of lucrative opportunities. There are multiple side events, some of which (like WrestleCon) aren’t technically affiliated with WWE at all. People who travel for the show tend to stay for three to five days, and, in that time, they have to eat and sleep somewhere. Presumably, more than a handful will take the extra step of shopping while they’re here. Along with multiple side events which should have solid fan turnouts, AT&T Stadium is also providing over 100,000 seats for the main event, none of which are exactly cheap. When there are so many new pipelines feeding your economy, a $140 million influx isn’t implausible.

Tax incentives for major sporting events are not a local phenomenon. They aren’t without their headaches, either. It’s hard to find a circumstance where tax money — whether it’s being paid, collected or redistributed — lacks for controversy. The Texas Tribune ran a story about Texas’ potential offering of that $2.7 million to WWE back in December. The article uses WWE’s potential tax windfall as a launching pad to talk about the state’s Events Trust Fund, which has been cited for using some overly favorable math when doling out awards. On the surface, the phrase “$2.7 million in tax money to be paid to professional wrestling” can be jarring, but some context is worth providing. There’s the expectation of that $140 million impact, for starters. There’s also the fact that the article is ostensibly intended to challenge WrestleMania’s incentive, and then goes on to discuss the $19.5 million incentive being paid to Formula 1, which apparently might not even be enough to secure that event. Maybe WWE just has a hackle-raising effect that Formula 1’s much larger payout doesn’t offer.

WWE knows this, which is why it has always made it a point to emphasize the manner in which its premiere event fattens the wallets of its host regions. And, to be sure, North Texas stands to rake in some serious scratch when WrestleMania 32 hits Arlington in a few weeks. But forfeiting a share of our tax revenue also undermines at least one of the main financial reasons for bringing the event to the area when one starts to ask just how much of that estimated $140 million economic impact will support locals if the taxes collected just boomerang back to the event organizers.

Still, while the larger and more abstract questions of incentives loom, WrestleMania does at least have data to support its figures. It’s maybe the least sexy angle to take, but the story of DFW’s scheme to entice WrestleMania might just be that it was a reasonable investment, after all.

If you really want to be confused and angry about taxes, we suggest you try filing them for yourself when you’re self-employed.