Dallasite’s Own Goal Eliminated USMNT From The World Cup. 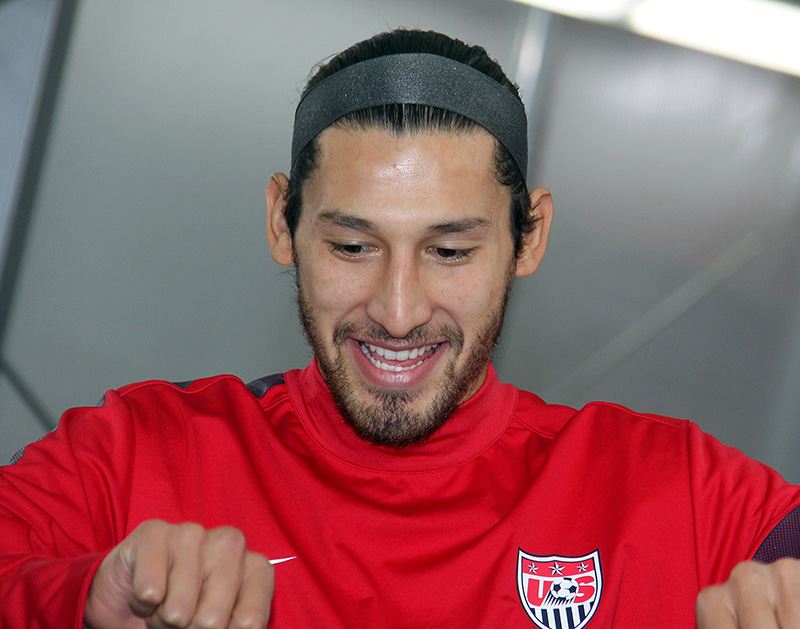 Dallas’ Own Omar Gonzalez Was Just Trying To Stop A Cross When He Ended Up Dooming The United States Men’s National Soccer Team’s World Cup Chances.

There will be plenty of watch parties around Dallas when the World Cup is held Russia next summer, but none of those will involve crowds watching the ol’ Stars And Stripes take the pitch while chanting “I Believe That We Will Win!”

Why? Well, in case you didn’t internet last night, you ended up missing one of the most shocking events in recent U.S. sports history: By losing 2-1 to Trinidad & Tobago, the U.S. Men’s National Soccer team missed out on qualifying for the World Cup for the first time since 1986.

And, rather unfortunately, one of the final blows to the team’s qualifying was dealt by Dallas’ own Omar Gonzalez, when the first Dallas-born, Dallas-raised professional soccer player to ever make it to the World Cup scored an own goal during that loss.

At right around minute 17, Alvin Jones of Trinidad & Tobago dribbled the ball up the right flank, and while his movement wasn’t particularly menacing, the U.S. defense was spread out and not looking particularly ready to defend anything coming its way. Jones took advantage, flicking the ball into the box, but sending it past his intended target, his team’s striker. Instead, the ball went right to Gonzalez, who lazily stuck his foot out in an effort to redirect the pass, only to end up causing the ball to pop up and then curl down into his own team’s goal.

Gonzalez couldn’t knocked the ball into a more tough-to-defend if he tried, with its looping flight rendering veteran goalkeeper Tim Howard useless. It was bad:

After the game, Gonzalez spoke to the press and apologized to the U.S. soccer fanbase.

“It’s one of the most unlucky goals ever, I think, for myself,” Gonzalez said. “It’s one that will haunt me forever.”

What really sucks for all of us here in his hometown is that Gonzalez is a Dallas dude through and through. As a kid, he first impressed scouts while playing pee wee soccer at Kiest Park in Oak Cliff. As a teenager, he further made a name for himself while playing at Skyline High School. And, in his sophomore year, he was called up to the USMNT Under-17 residency program in Florida.

Granted, the U.S. under-performing throughout the hexagonal qualifying round doesn’t fall squarely on Gonzalez. Guys like Michael Bradley, Jozy Altidore and Clint Dempsey were shadows of their usual selves for the 10 games that were played during the qualifying period, as they only managed to win three.

Still, we feel for Gonzalez. No, maybe he didn’t have his best stretch of play during the qualifying period, either. But he’s one of our own, and it sucks that he won’t be at the World Cup next year.

Better luck next time around, Omar. Chin up.