Songs Of The Week: The Birds Of Night, Oil Boom & More. 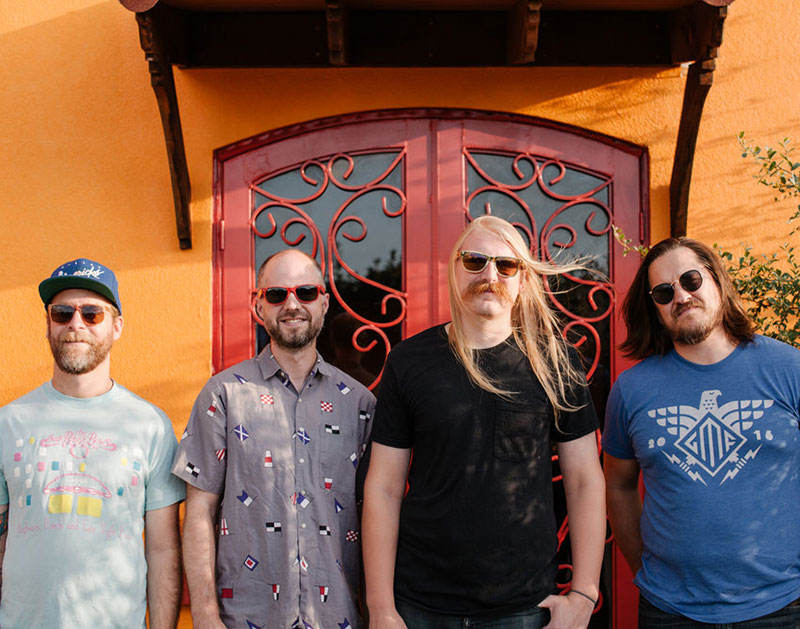 Kyle Dixon & Michael Stein – Stranger Things 2 (A Netflix Original Series Soundtrack)
RIYL: Binge-listening to the whole season.
What else you should know: We’re still a week out from the premiere of season 2 of Netflix’s Stranger Things, but the soundtrack is available to stream now and, as Consequence of Sound reports, S U R V I V E’s Dallas-raised duo of Michael Stein and Kyle Dixon have taken this season’s compositions in a “darker and weirder” place. Guess we’ll have to wait and see if that’s a tell-tale sign of things to come with the series.

A.J. LeGrand – Expectations
RIYL: Getting let down.
What else you should know: A.J. LeGrand’s title track off his new album is a testament to his ability to pull you into a song with sharp, poignant writing and earnest vocals. In fact, that’s true of all 12 tracks on the album.

Oil Boom – Terribility
RIYL: Not knowing how to behave.
What else you should know: There’s something for everyone on the newly-released album from Oil Boom. In a recent interview with Anchr Magazine, the band joked that it drew upon a lot of non-musical influences for the new album — things like a Chili’s menu, a Facebook advertisement for Ninja dating and a piece of gum stuck to another piece of gum. But there’s plenty of musical influences to be heard on the album that overall features the same solid throwback quality we’ve come to expect of these Fort Worth rockers.

The Birds of Night – “Blacklight”
RIYL: Desert sunsets, abandoned ghost town seances, drugs and mystic rock ‘n’ roll.
What else you should know: Written on a three-hour drive from Dallas to Austin, “Blacklight” is the first new track from Denton’s The Birds of Night since 2015, and it feels good to have these guys back in the mix, for sure. The psychedelic vibes are still around, but things also sound a little rougher around the edges, offering a heavier tone than we’ve heard before.

Mike Ryan – Blink You’ll Miss It
RIYL: Brad Paisley features.
What else you should know: To promote this new heartfelt album, Mike Ryan talked to Cowboys & Indians about how he drew on hometowns, growing up and times spent with family for his songwriting inspiration. More interesting? The album features an electric guitar performance from country star Brad Paisley, an artist Ryan has collaborated frequently with in the past.

Odezsa – “Across The Room (Featuring Leon Bridges)”
RIYL: Leon Bridges, duh.
What else you should know: Anything involving Leon Bridges is usually a good thing, but this collaboration with Odesza is just a fantastic song. Bridges’ smooth voice carries the song atop a smooth soul-soaked beat, but the best part is the throwback chorus that brings the usual energy that we’re used to from Odesza tracks. The video is also beautiful to watch, too.

Flexinfab – “Where Nightmares Never End (Featuring guitaremoji)”
RIYL: Living for the rockstar life.
What else you should know: The hook for the latest release from Flexinfab features the line “left you for the rockstar life,” and we can’t but feel like he’s talking about us — even if he’s not. If you haven’t noticed, Fab recently left Dallas and jetted off to Los Angeles with his team a few weeks ago. This track also introduces us to guitaremoji.