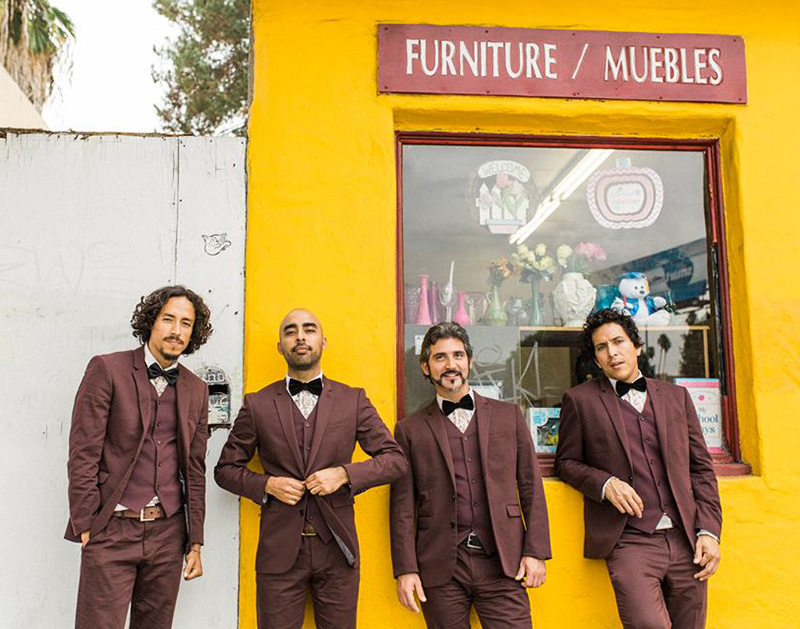 Eat Your Way To A Happy Halloween At Fall-O-Ween Fest, Go Flex With Post Malone At The Bomb Factory And Put On Some Black Lipstick With Chicano Batman.

Neil Armstrong’s legacy for being the first to walk on the moon will go down in space and science history, alongside Buzz Aldrin, and even Laika, the first dog to launch into orbit. But what about Félicette, the first feline to experience weightlessness?

In 1963, Félicette, along with a dozen other cats, was put through intense space-like simulation tests to determine their comfortability to the unique forces on the other side of the atmosphere. The Centre National d’études Spatiales, France’s version of NASA, determined that Félicette was most suitable for space travel based on her positive reactions to these space tests, which included a ride in a device that spins so fast it creates a potentially strong force outward from the axis.

And off she was. A 12 minute ride, 97 miles above the Earth, with five minutes spent weightless.

So after all of this training, testing and orbiting, you’d think Félicette would come home to catnip and toy mice, right? Wrong. Our beloved astrocat was euthanized shortly after her valuable contributions to the knowledge of space so her body could be observed and studied. A true innovator, tossed aside with no recognition. And to twist the already deeply penetrated knife, the little remembrance of her existence is often misattributed to a male cat named Felix.

Luckily, British advertising executive, Matthew Serge Guy, has created a Kickstarter campaign to raise money for a statue in her honor. While you’re at it, get your friends together sometime this week to go out to one of these events and have a drink in honor of the lovely Félicette. — Lauren Keuning

Kelley Baker at The Wild Detectives
Come see the The Angry Filmmaker. —JB

Dubbest at The Prophet Bar
With Bum Lucky and Sensible. — LK

Post Malone at The Bomb Factory
With Smokepurpp and Young Pinch. — LK

All Purpose Bottling Party at Deep Ellum Distillery
The most acceptable excuse to spend the day in a distillery. — LK

The Afghan Wigs at Trees
With Har Mar Superstar. –-JB

Nick Murphy at The Bomb Factory
With Charlotte Cardin and Heathered Pearls. —JB

Chicano Batman at Granada Theater
With Khruangbin and The Shacks. —JB

Daniel Caesar at RBC
Show is sold out. —JB

Zedd – Echo Tour at The Bomb Factory
With Grey and Lophiile. — LK

Texas Chicken Fried Steak Day At Norma’s Cafe
For the seventh year in a row. — LK

Chief Keef at The Door
With Warhol.ss. — JB

Supersonic Lips at Main at South Side
With Frederick the Younger and Henry the Archer. — JB

Listener at The Dirty 30
With Levi the Poet, Comrades, Odd Folks and Grand Oak. — JB

Gondwana at Trees
With Fayuca and Positive Vibe Tribe. — JB

Fall-O-Ween Fang-Tastic Friday Fest at Longhorn Ballroom
Use code: CENTRALTRACK for 20% off your tickets. — LK

Kenny Glasgow at The Nines
With Residents Shree and Milazzo. — JB

Hunx And His Punx With The Gorehounds at Three Links
Lizzie Boredom, Nosferat II. — LK

G-Force Laser Tag At Noble Rey Brewing
You and yours vs. me and mine. — LK

Daley The Spectrum Tour At Trees
All the way from the UK. — LK

Halloween Freakend Costume Party At The Nines
$2 tacos until midnight and prizes to be won. — LK

Fall-O-Ween Spell-Binding Saturday Night Soiree At Longhorn Ballroom
Use code: CENTRALTRACK for 20% off your tickets. — LK

CAAMP at Three Links
With The Wonderfool and Wesley Geiger. —JB

The Exorcist at Majestic Theatre
Witness an exorcist on screen. —JB

Brand New at The Bomb Factory
With Nada Surf. — JB

Taps, Trucks & Tailgates at Oak Highlands Brewery
Use the special code “CT10” for up to $10 of on up to 10 tickets. — Obed Manuel