Today Is Day 100 Of Police Brutality Protests In Dallas, Texas. 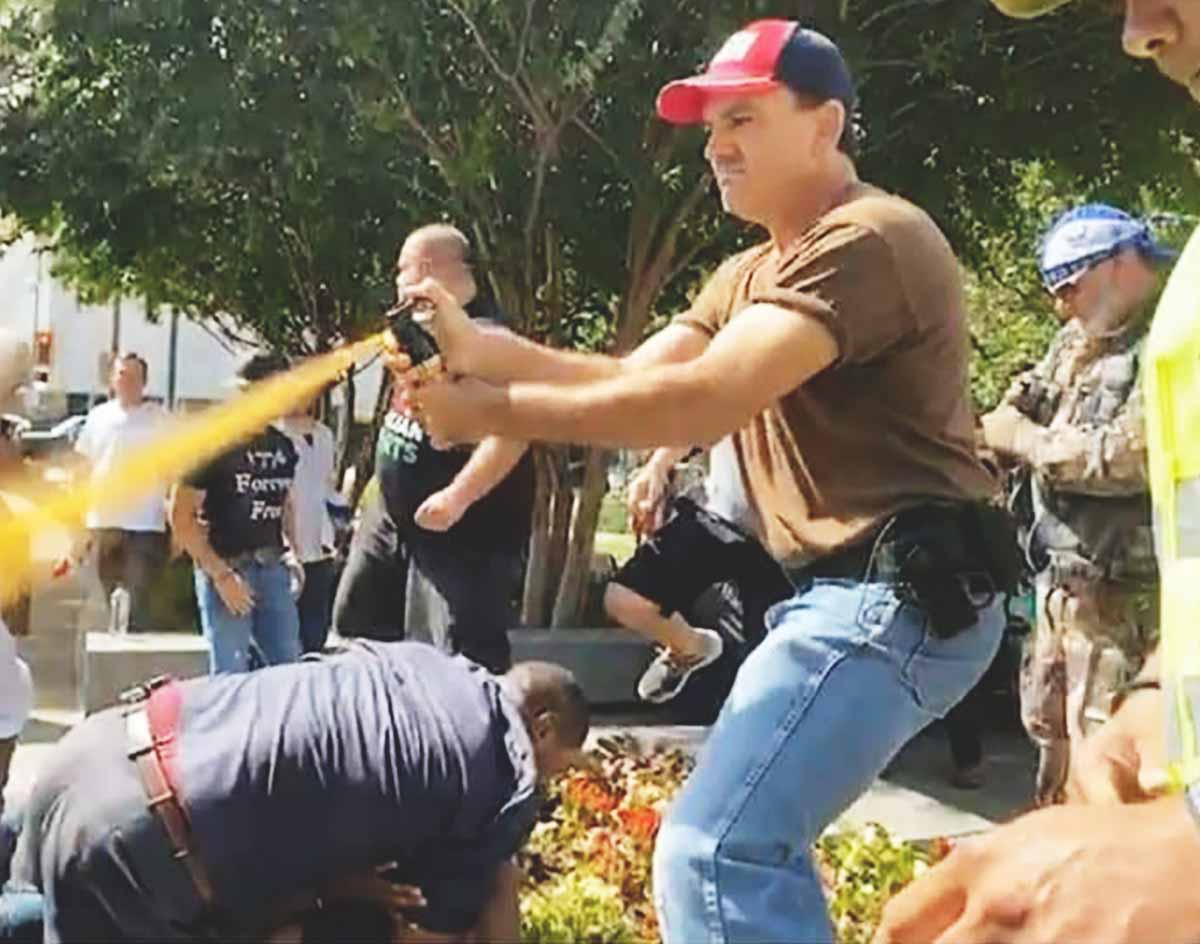 Here’s A Bird’s-Eye View Of All That Brought Things To This Point — And What’s Happening In Dallas’ Police Brutality Protests Now.

Since May 29, Dallasites — and about a dozen organizations in particular — have taken to the streets to voice their frustrations over an over-armed police system that has long been plagued by racism; remains in dire need of reform; boasts far too many institutional, legal and union protections; and is simply too ingrained into a system of oppression.

Through spiking summer temperatures, these protesters’ at-times intersectional, at-times tongue-in-cheek and at-times even athletically inclined efforts have endured even as there’s been plenty incentive to give up.

The first four days of activity, which found police co-opting city property without permission, doxxing protest participants and wantonly firing “less-lethal” projectiles into crowds (among other indiscretions), were particularly chaotic and violent. Most famously, this was seen during the shameful “bridge incident” in which 674 protesters were ushered onto the Margaret Hunt Hill Bridge before being kettled, tear-gassed and arrested by an over-eager Dallas Police Department.

The situation has only marginally since improved. As the action has spread out to the suburbs, where an ongoing sympathy for the Confederacy plays an even bigger role, the Dallas action has become more pointed: DPD took a cue from national trends and publicized its own officers taking a knee alongside demonstrators; cops themselves have acknowledged a need for department reform; a court injunction was filed preventing police from temporarily using “less-lethal” projectiles on peaceful protesters; activists have targeted the city budget and demanded $200 million be re-allocated from police funding to community services; and many have called for Chief Renee Hall’s resignation and/or firing.

The results of these actions have been mixed. In an 85-page after-action report on the first four days of protests that took DPD 74 days to produce, the department failed to acknowledge much wrongdoing in its aggressive handling of the protests’ opening salvos. And while the department has formally adopted some accountability regulations it probably should’ve some time ago, it but only opened an investigation into one particular officer’s handling of the protests after District Attorney John Creuzot announced plans for an independent investigation to commence following a Dallas Morning News report on the officer’s actions.

City council, meanwhile, has revved the engine on some ceremonial street name changes in order to better reconcile Dallas’ troubling history with race, but hasn’t been able to accomplish much else; despite pleas for (and promises of) significantly greater re-allocations, council has so far only OK’ a $7 million cut to DPD’s annual officer overtime pay, while at the same time adding $300,000 to its police training budget.

Have things really changed much in Dallas over these last 100 days? Not really.

Police and city officials are still addressing anything they can except for root issues when responding to crime spikes. Comfortable area citizens who would prefer the status quo, meanwhile, have only been radicalized in their promises to maintain it.

So, the protests continue on. No fewer than six separate events — some in support of reform, some vehemently against the simple notion — have been slated for this 100th day of action. And though the day is young, it’s started off with clashes aplenty.

Shortly after 11 a.m. — at a “Rescue America” rally held at Main Street Garden Park that was promoting trying to “take our country back from radical leftists” — Next Generation Action Network president Dominique Alexander was aggressively taken to the ground by a security guard while counter-protesting the event and getting into a confrontation with one of its attendees. (Clear footage of the build-up to this altercation can be seen here.)

Attendees of the rally then sprayed pepper spray on and aimed guns at the people who rushed to Alexander’s aid.

Alexander was later arrested by Dallas Police. To our knowledge, none of the rally attendees have yet been detained.

Shortly thereafter, and a little ways up the road in Downtown Dallas, scanner watchers say police are responding to a “10-34” call — a number that traditionally refers to “riots” in police code.

Other events seem to be taking place without any incident.

Nonetheless, a full 100 days in, the struggle continues.