Things To Do In Dallas: Go To A Protest. 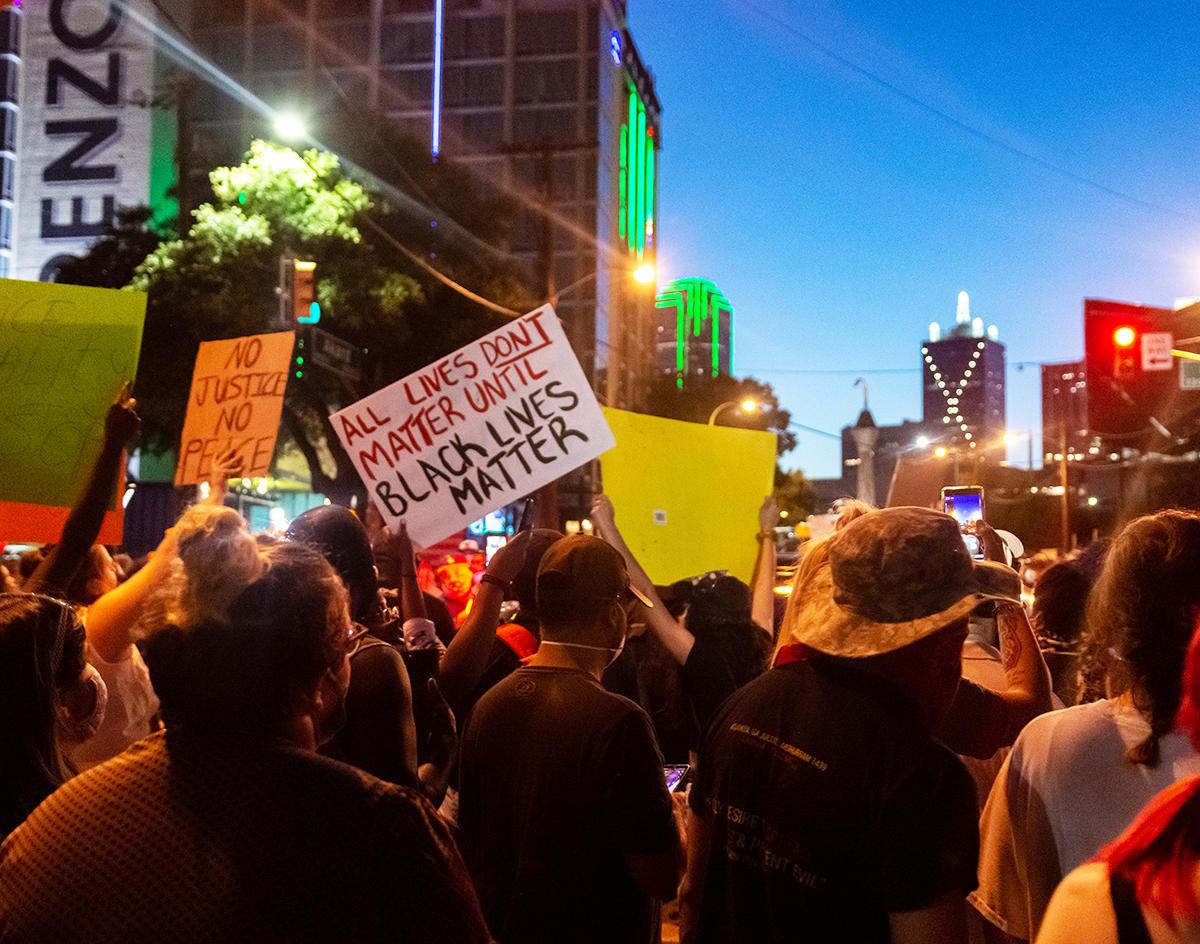 There Are Several Demonstrations Happening All Around North Texas. Here’s A Running List Of Upcoming Public Protests, Vigils And More.

National outrage has sparked countless protests since a Minneapolis police officer killed a black man named George Floyd on May 23 by forcing his knee on Floyd’s neck for nearly nine minutes.

North Texas has already seen demonstrations across the region — from Downtown Dallas to Frisco, Denton and many other surrounding areas.

Cities across the country continue to mourn the loss of Floyd, along with the countless other black Americans who have been killed by the causes of police brutality and systemic racism.

While many cities in the Dallas-Fort Worth area have implemented curfews within specific boundaries, it hasn’t deterred people from organizing en masse. We have been on the ground covering some of these largely peaceful gatherings, and will continue to bring you coverage here on our website, as well as our Twitter, Instagram and Facebook pages. We will also keep you updated on live streams from our Twitch and Youtube channels.

Since our coverage began, we’ve received nonstop messages from our readers about photos, videos and requests for information on upcoming protests.

To that end, we have compiled a list of known public protests in the greater Dallas area. We will be updating this as we become aware of other gatherings in the coming days. If you know of any we’re missing that you’d like to see added, please contact us here or via email at info[at]centraltrack[dot]com.

Be safe out there, Dallas.

We Take The Streets call to action at 6 p.m. at City Hall

Vigil to Honor Lives Taken by DPD at 7 p.m. at DPD Headquarters