Keeping Up With DPD’s Pledges To Change. 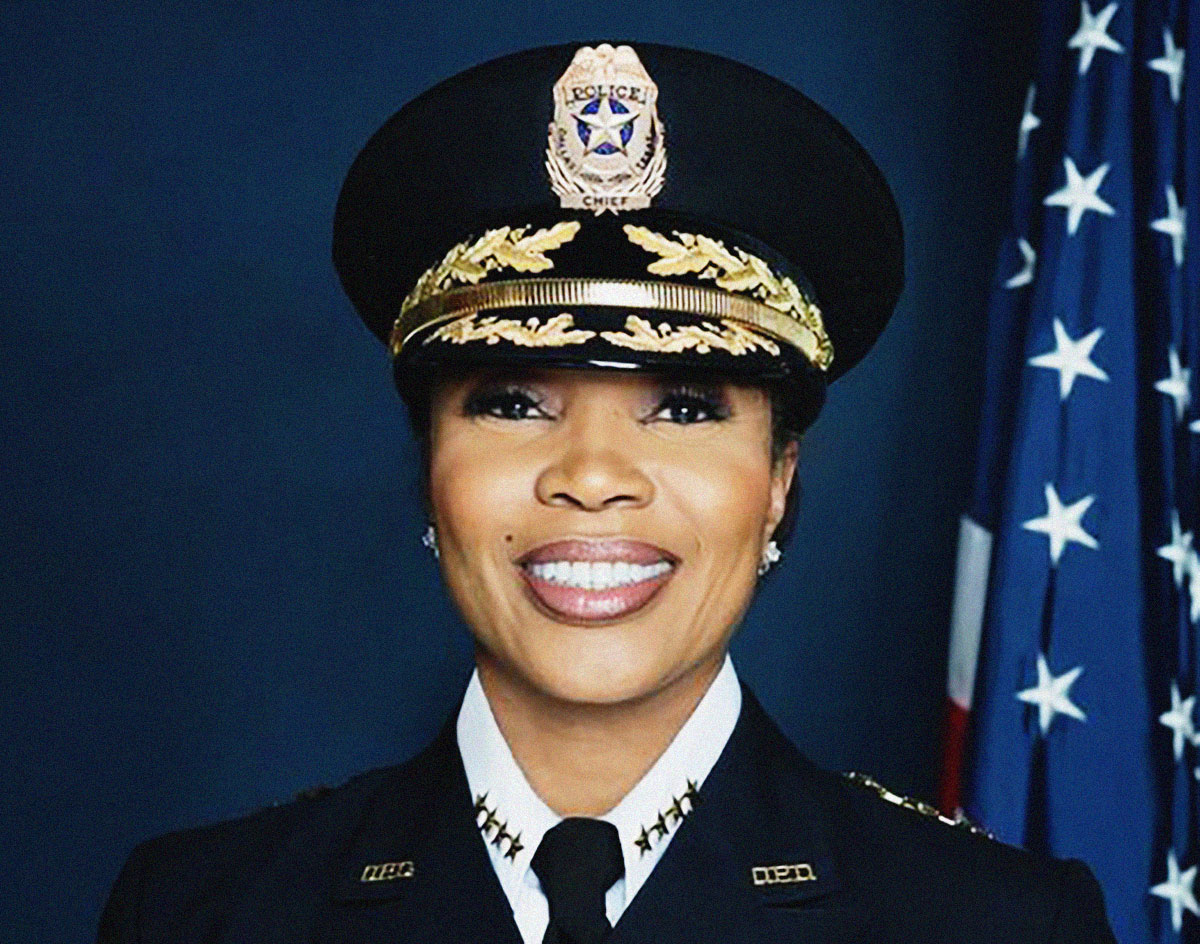 In Response To This Summer’s Ongoing Protests, The Dallas Police Department Has Made Some Recent Protocol Changes. Here’s A Look At What’s New.

As protests have ardently carried on throughout the summer, the country has reckoned with vocal demands for policing reform spurred from repeated instances of police brutality — specifically against people of color.

Though the size of the protests in Dallas have dwindled since the days after the death of George Floyd on May 25, they’ve still taken place daily since their start on May 29 and their pursuits have largely remained unchanged. Calls for actions such as defunding the police still echo throughout the streets and fill our timelines on social media. Some have even called for Dallas Police Chief Reneé Hall’s resignation.

Even at City Hall, these topics have been repeatedly at the forefront of the local civic debate.

Dallas City Council questioned Hall for hours in a heated special session on June 5 about the department’s actions during protests up to that point. Though Hall claimed to have not approved the violent actions by officers during on the Margaret Hunt Hill Bridge on June 1 — even going so far as to deny certain actions that an internal after-action report we exclusively obtained later confirmed —  she defended her Dallas Police Department’s performance during the opening weekend of protests, despite many decrying the department’s actions as over-the-top and unnecessarily militaristic.

On June 9, much of these same topics were again at the center of a meeting hosted by the Community Police Oversight Board. Then, later that week on June 11, a U.S. district court judge granted a 90-day injunction prohibiting the City of Dallas, Hall and DPD from using any “less-lethal” weaponry such as tear gas, smoke bombs, mace, pepperballs and any other kinetic projectiles on peaceful protesters for any reason. The injunction came in the wake of two people filing lawsuits against the city after sustaining injuries during the protests, including a 26-year-old man named Brandon Saenz, who lost his eye from being shot with a “non-lethal” projectile. Unless extended, that court-ordered injunction will expire by September 9.

All that said, DPD has made some noteworthy pledges of its own in the 76 days that have now passed since continuous protests first broke in the city. With any luck, these changes should hopefully prevent future chaos and police brutality in the city moving forward.

Let’s take a look at these promises.

Statement on use of force.

On June 1, the same day as the infamous incident on the Margaret Hunt Hill Bridge, DPD issued a press release regarding what it said were two instances of use of force “possibly involving members of the Dallas Police Department” in Downtown Dallas on Sunday, May 31. According to the statement, each incident left one person requiring hospitalization and surgery. Per the statement, “there will be a full investigation [into these matter] and [DPD] will continue to keep the public informed on the status of the investigations.” The department has not yet publicly issued any further information regarding these investigations, nor has it responded to Central Track’s requests for an update onto the status of any such investigation.

On June 30, Chief Hall announced an update to the department’s general orders regarding its body camera video release policy. The order states that the department will now release video footage from “critical incidents” within 72 hours. Such incidents include officer-involved shootings, and any use of force resulting in serious injury or death. The release of related videos previously determined on a “case-by-case basis.” The new order also allows for the next of kin to those involved in instances that result in death to view body cam footage prior to public release; these early viewing allowances also apply to the district attorney and director of the office of Community of Police Oversight. Also included among the June 30 order is a promise to post of monthly traffic citation data, which includes information that tracks the breakdown of race and ethnicity of people who receive citations.

Nearly two months after initial protests began this summer — and as police aggression had widely mitigated in response to these demonstrations — Chief Hall released a general order on July 22 to “revamp” the department’s protocols for First Amendment activity. The order prohibits the use of kinetic impact projectiles such as tear gas and “non-lethal” bullets, all of which were used on protesters in the summer’s early days of activity. The order also states, however, that Hall or another designee of hers may approve the use of tear gas for incidents involving “burglary, vandalism, or violence against people and property including attacks on police officers.”