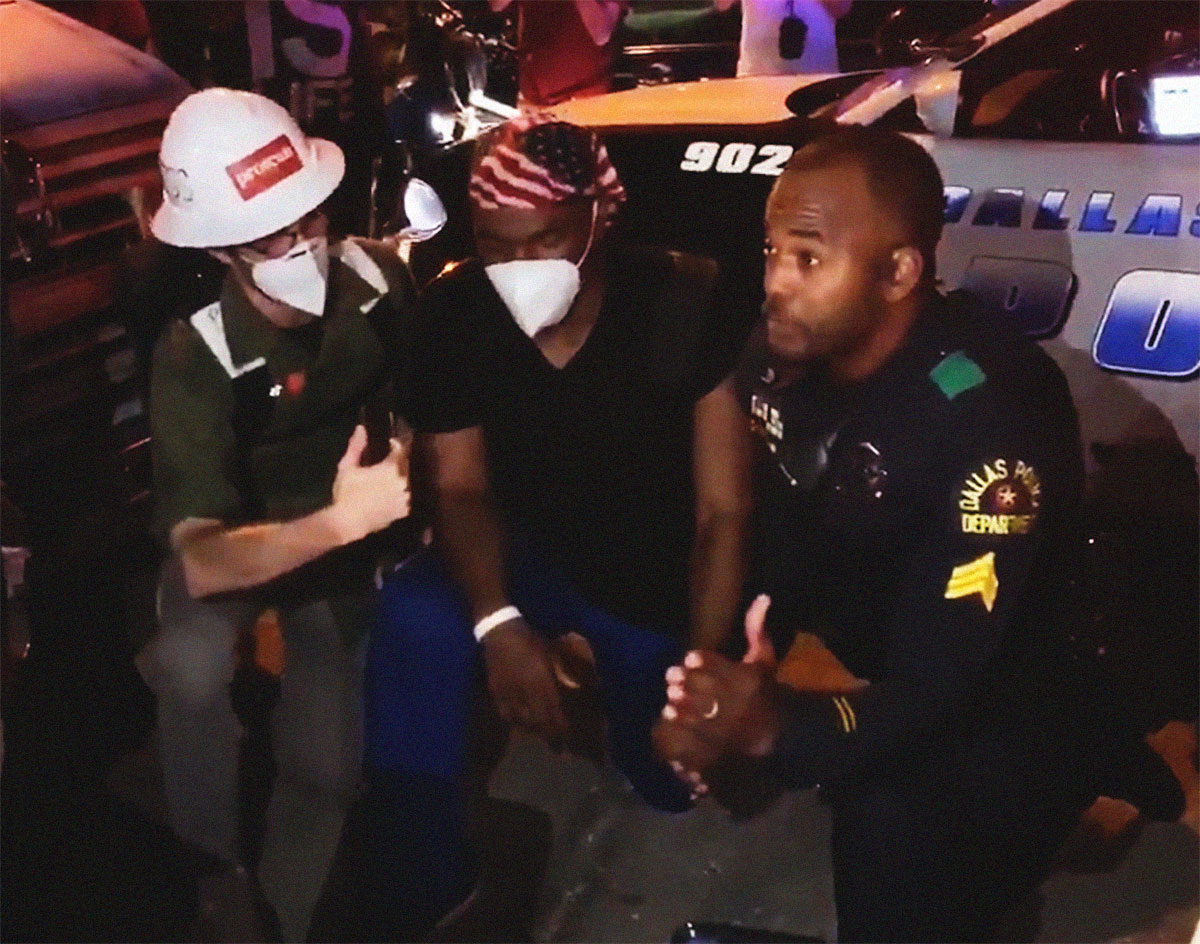 The 17-Year Dallas Police Department Veteran Discusses His Decision To Vocally Encourage Protesters And Shares His Thoughts On Areas Where DPD Needs Reform.

For 20 straight days now, we’ve been covering the ongoing police brutality protests in and around Dallas.

Almost exclusively, we’ve voiced the concerns of the protesters themselves — but not for lack trying to get cops to talk to us when we’ve encountered them out in the streets during the continued demonstrations.

For the most part, Dallas Police Department representatives have either declined our requests for comment, only commented on their terms and turf or seen their feeble efforts at public relations drowned out by hecklers.

Throughout that all, one big-picture question has remained: What do those on the force really think of all that’s taking place in the city right now?

Every time we’ve returned to that thought, one DPD officer in particular has sprung to mind. Before the department realized the possible PR returns on kneeling with protesters, Sergeant Ira Carter — a 17-year DPD veteran and recent officer-of-the-month honoree — chose to take that action of his own accord back on June 2, the night after The Ambush on Large Marge.

More than simply taking a knee, though, Carter was captured on video telling protesters he agreed with their efforts, even encouraging them to “see this through.”

Days later, he caught our attention again when we spotted him among the crowd listening to what DPD Chief Renee Hall had to say as she addressed those gathered at the department-organized Blue for Black Lives Matter march on June 5.

Curious to hear more of his thoughts on the state of DPD, the department’s internal communications about the protests and where DPD might indeed be able to reform its efforts sooner than later, we reached out to Sgt. Carter to see if he’d be willing to further discuss his position on police reform.

Our resulting conversation, taped during the early evening hours on Wednesday, June 17, follows.