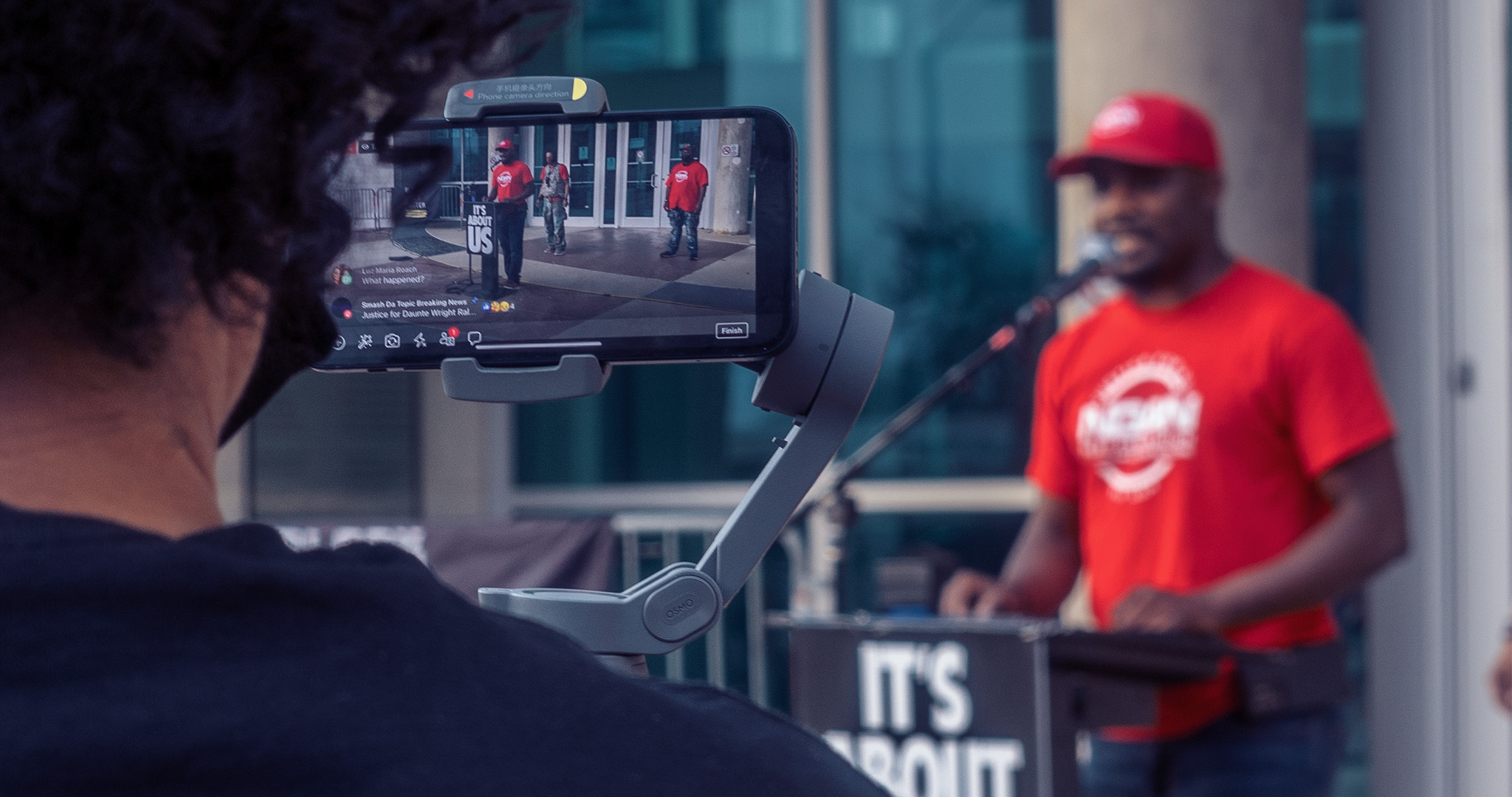 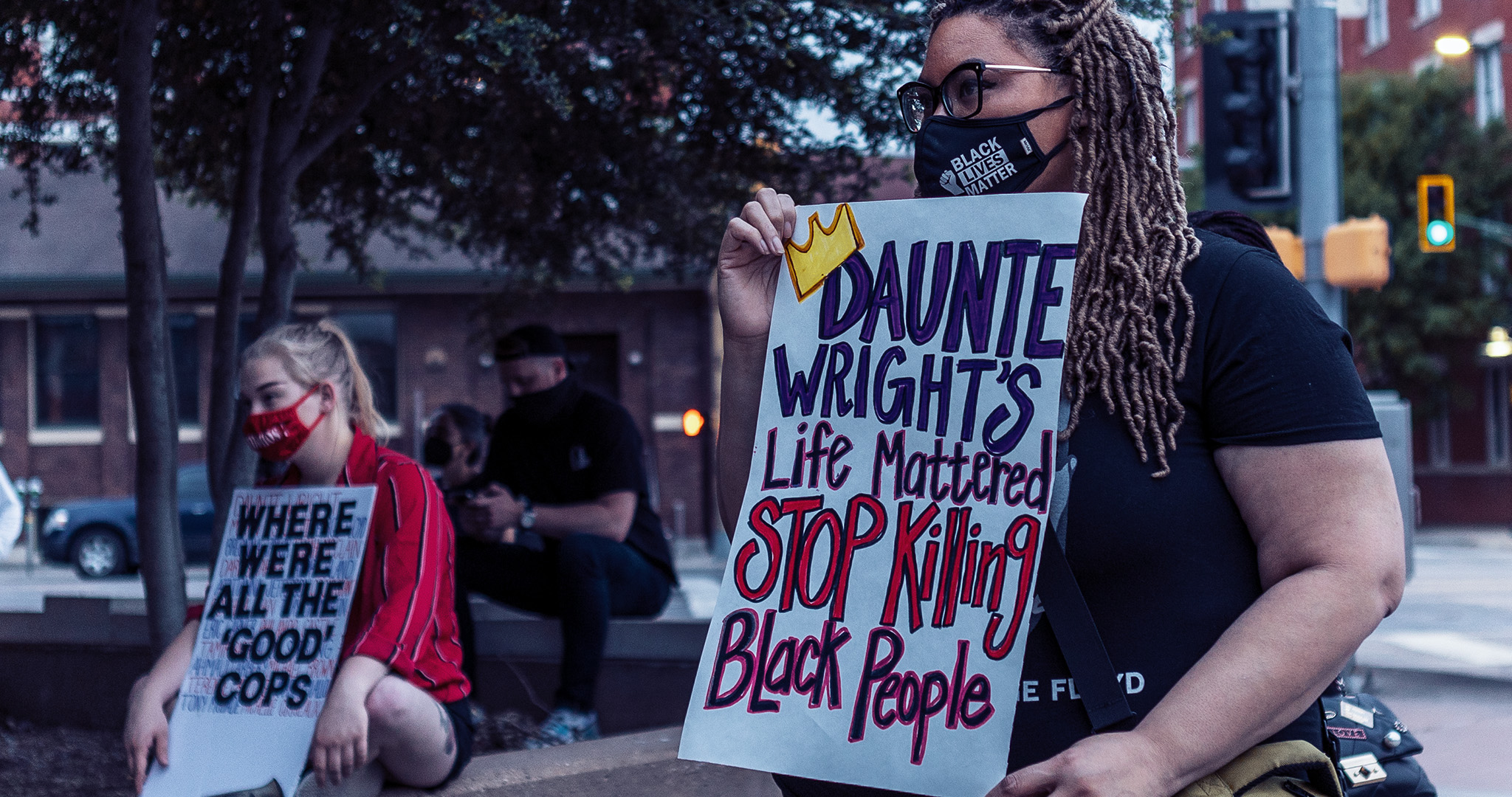 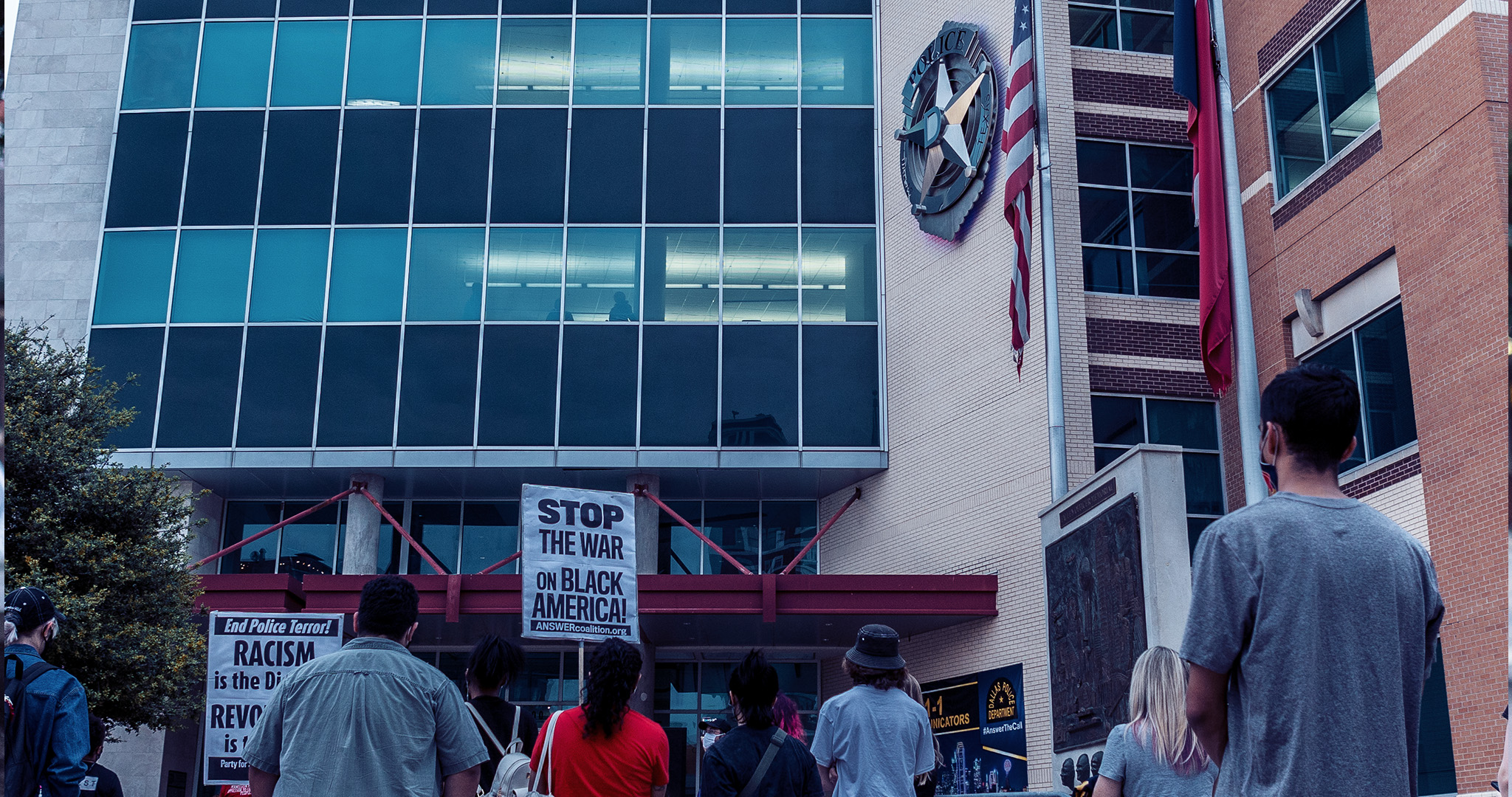 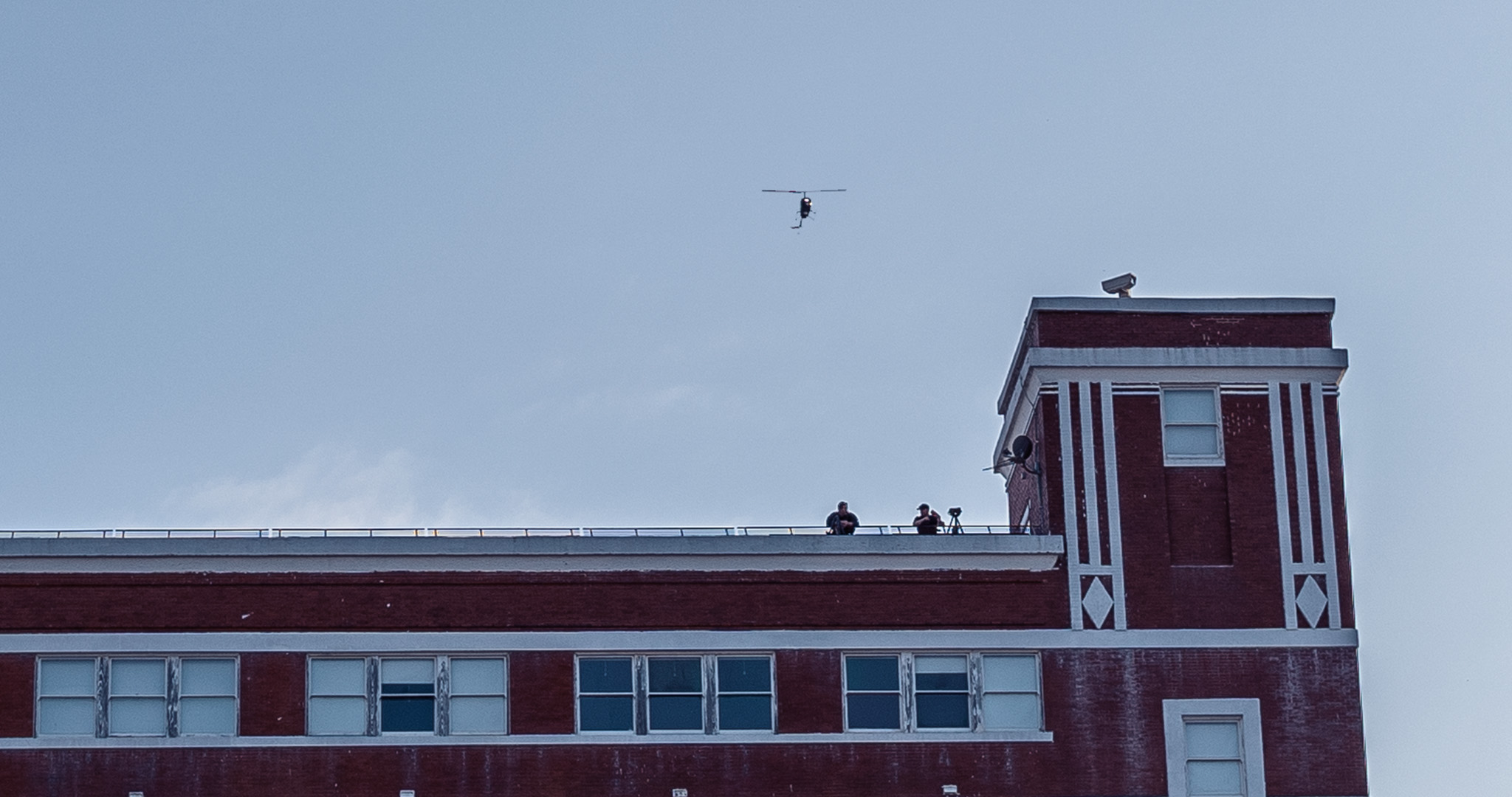 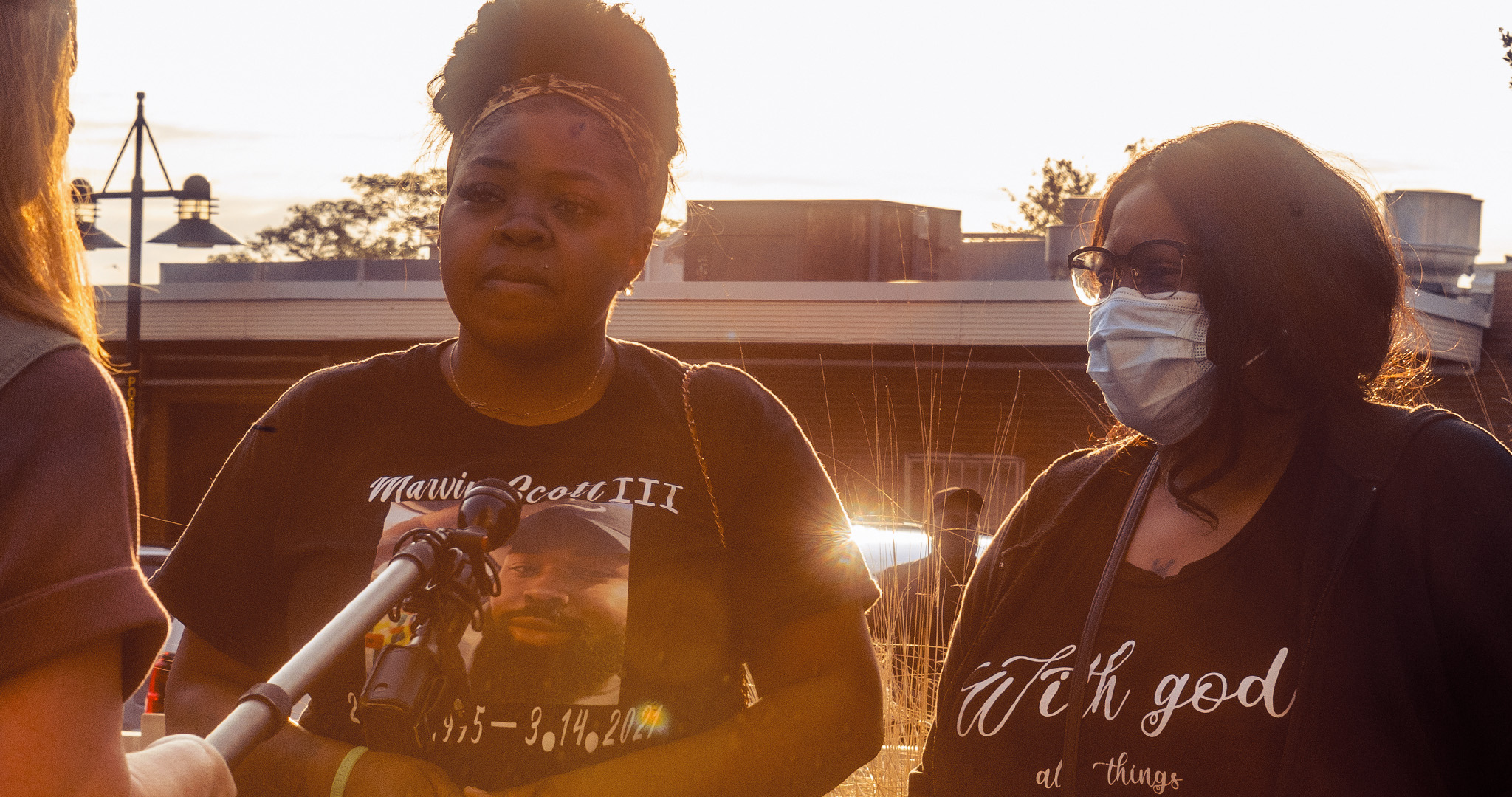 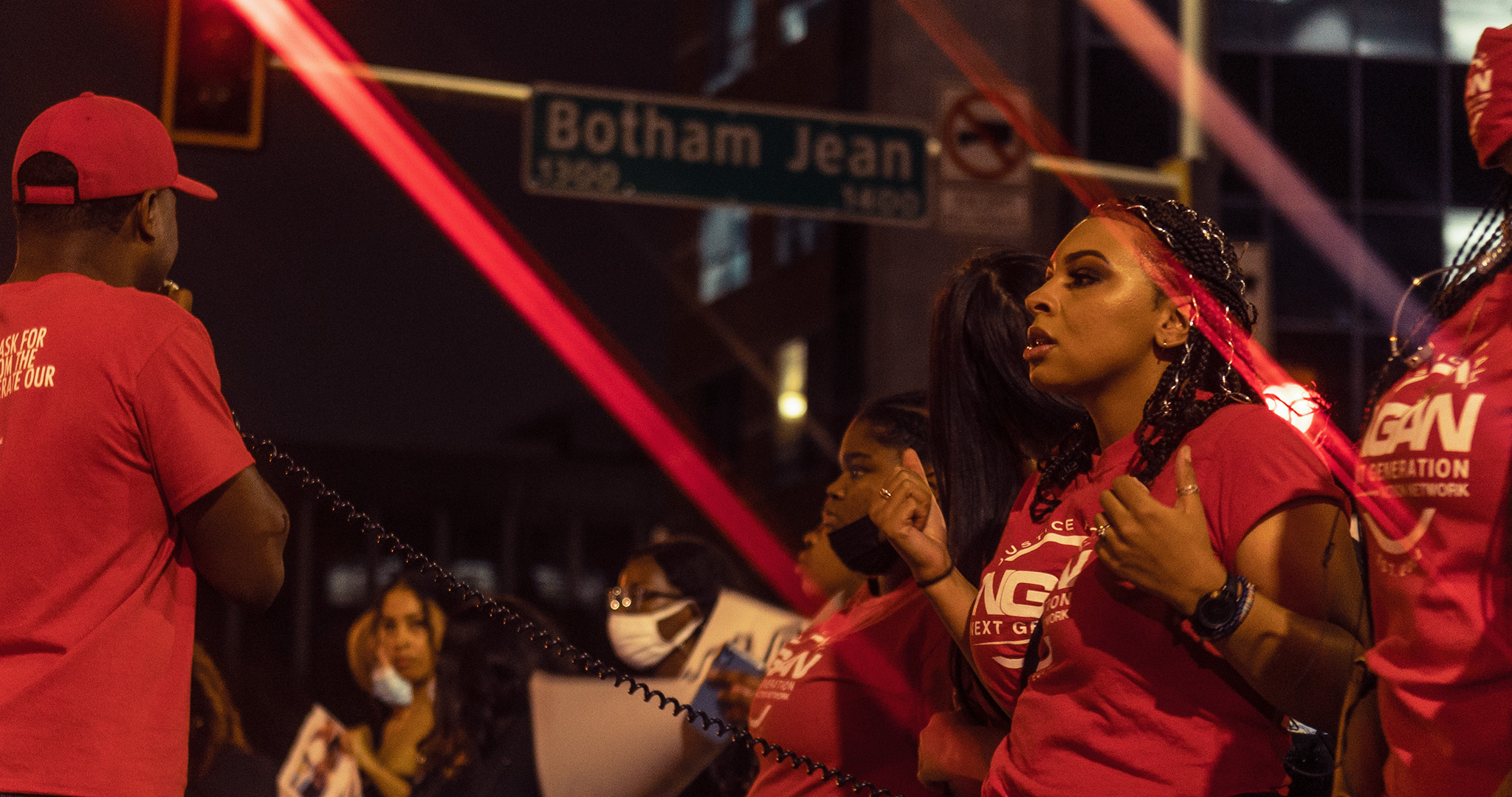 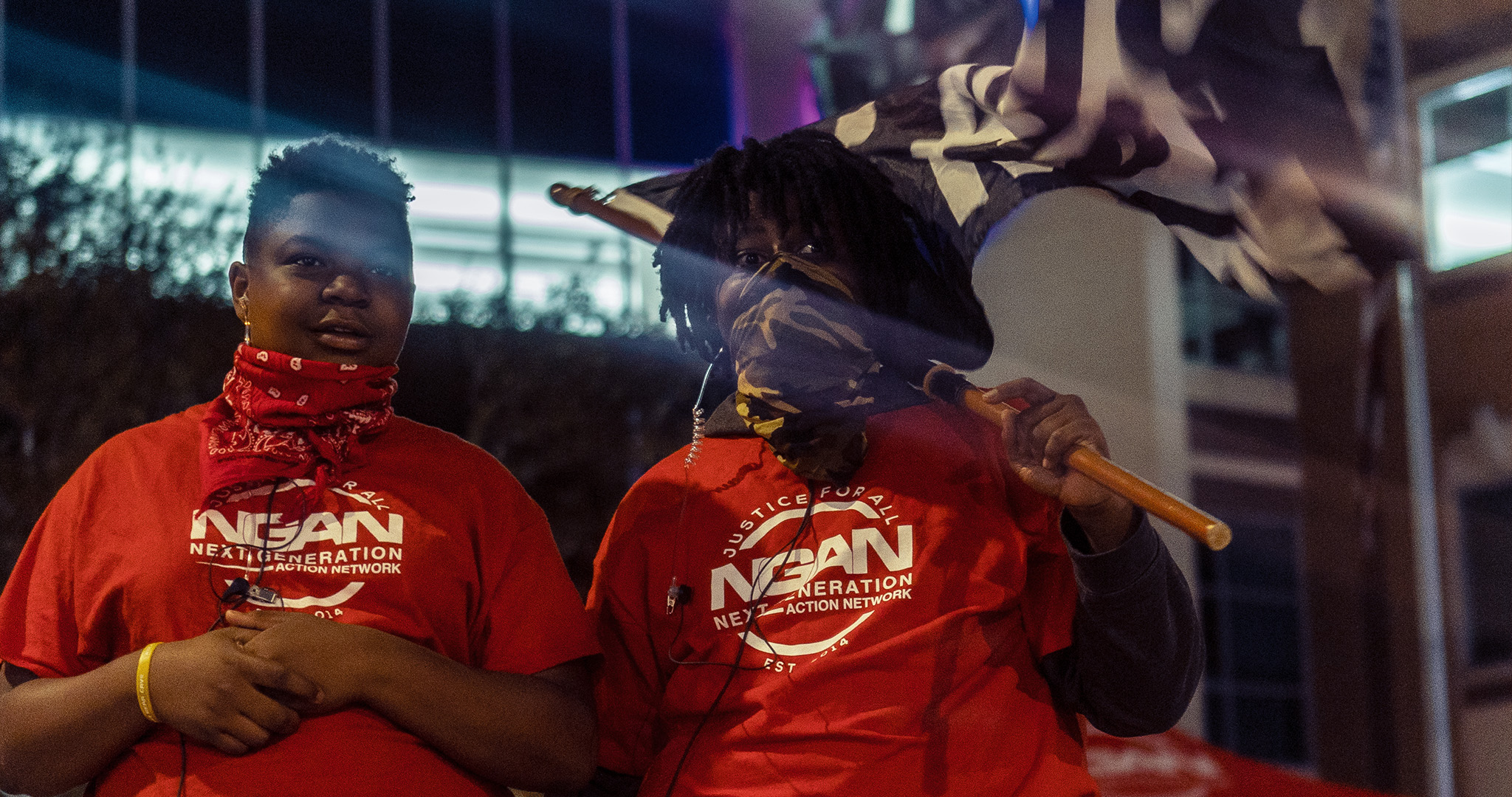 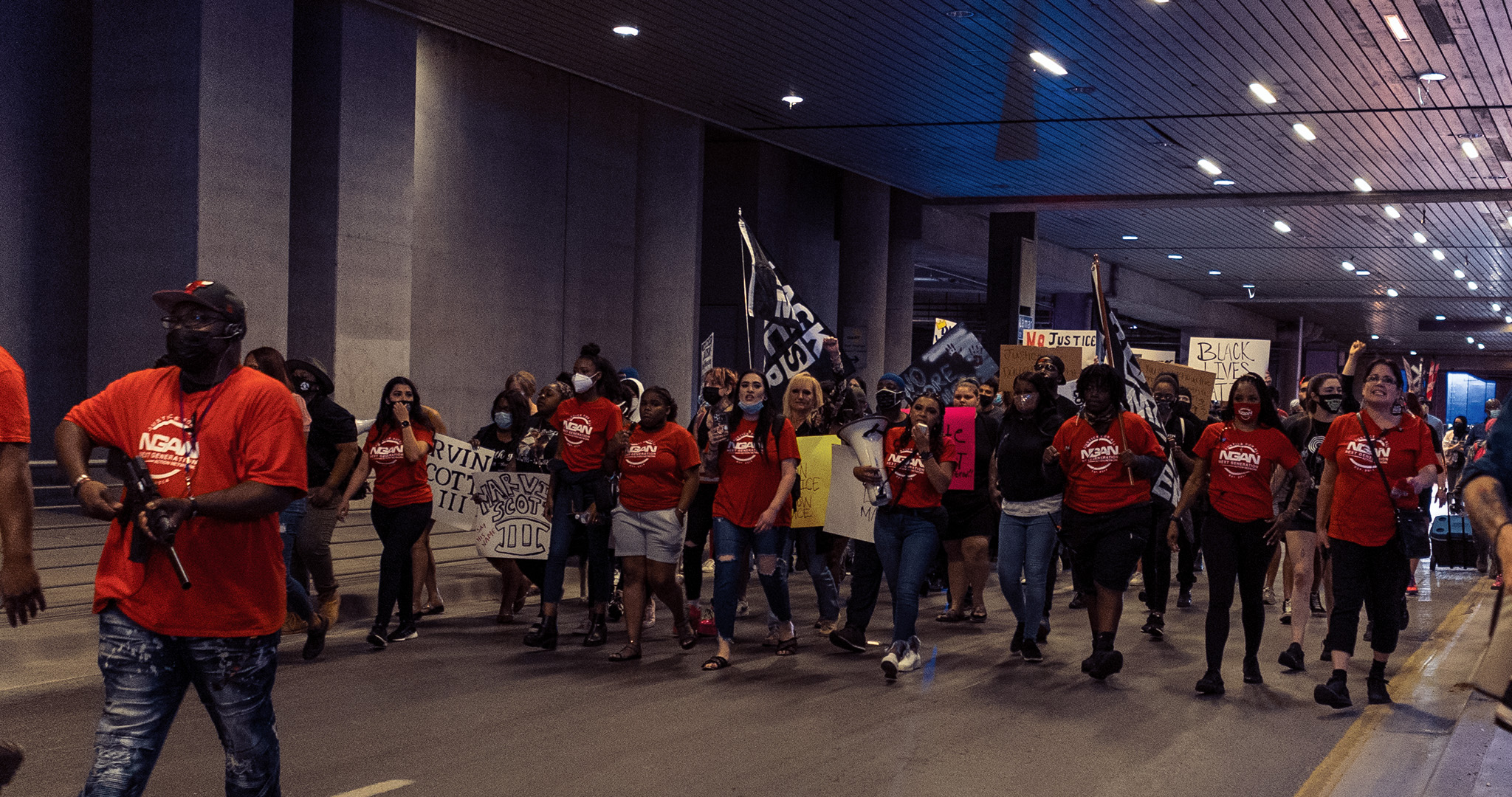 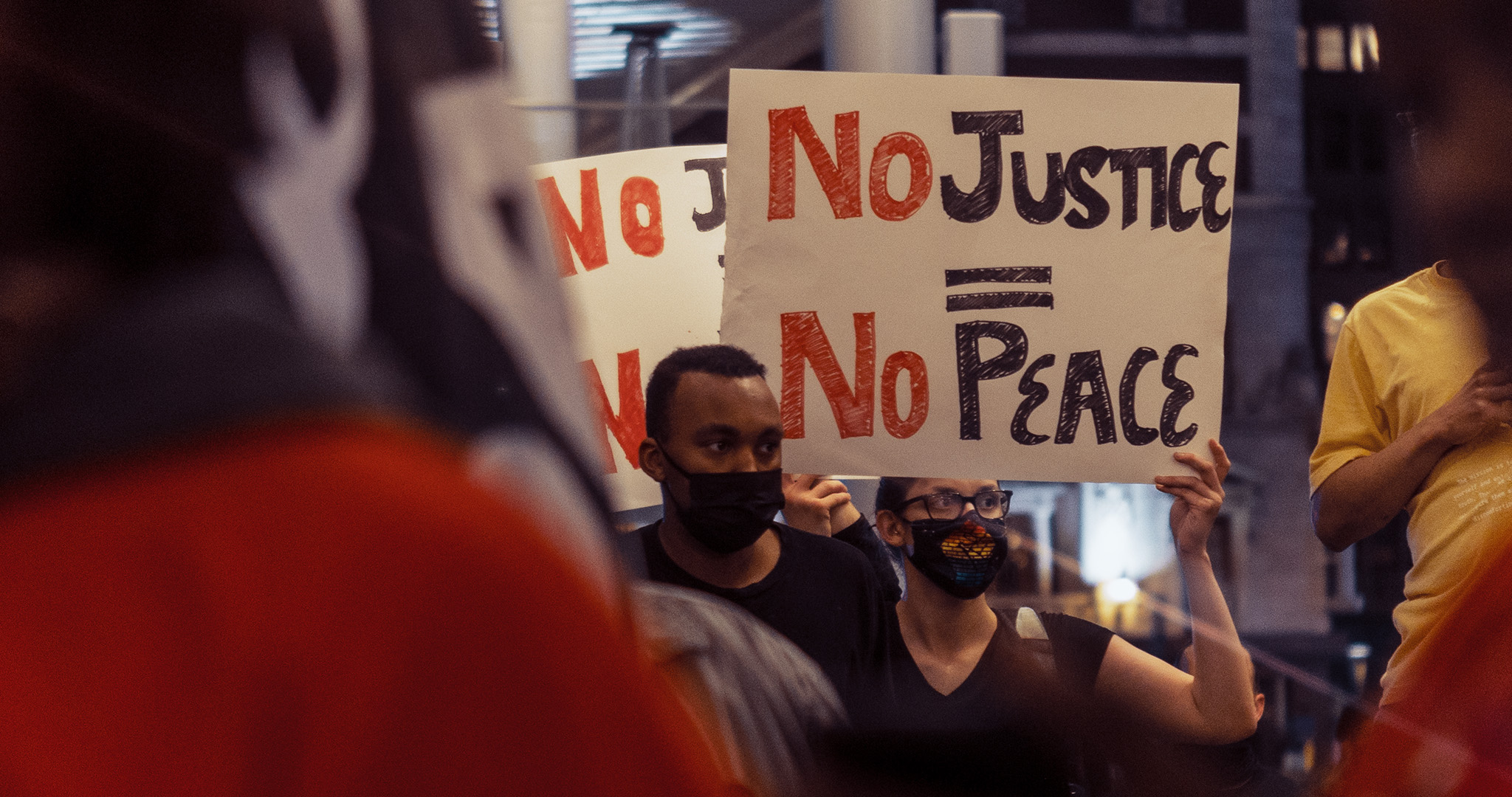 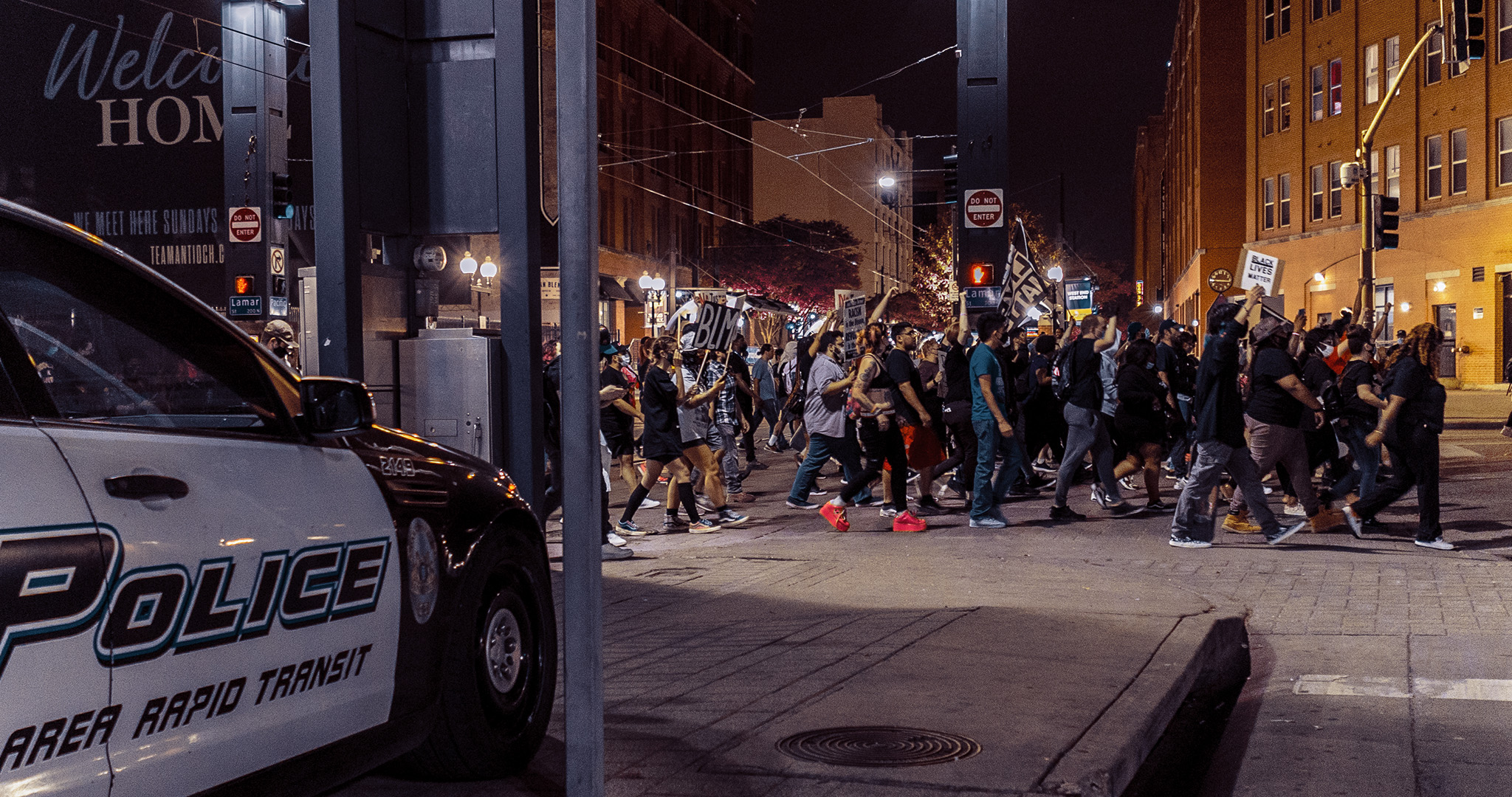 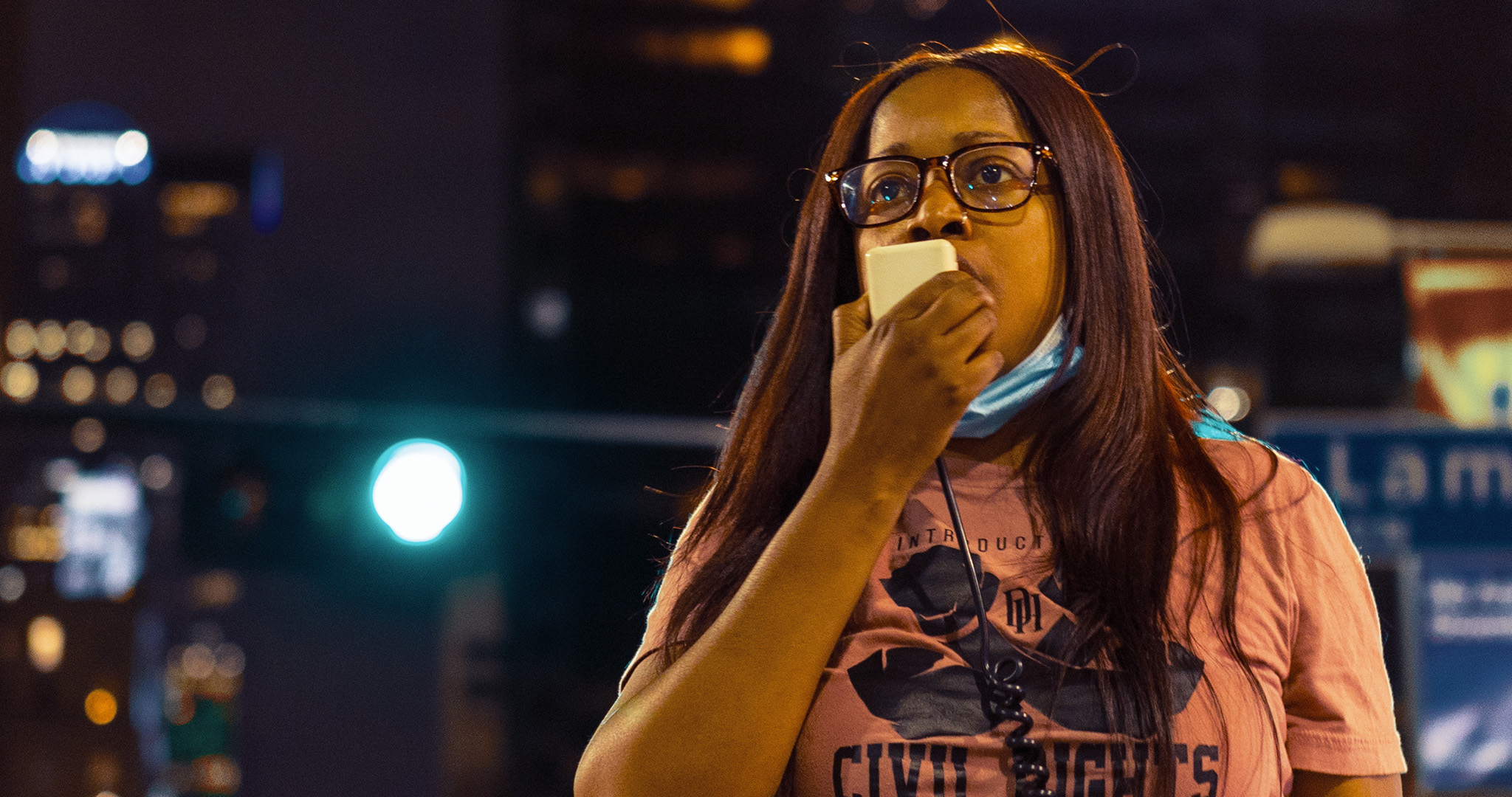 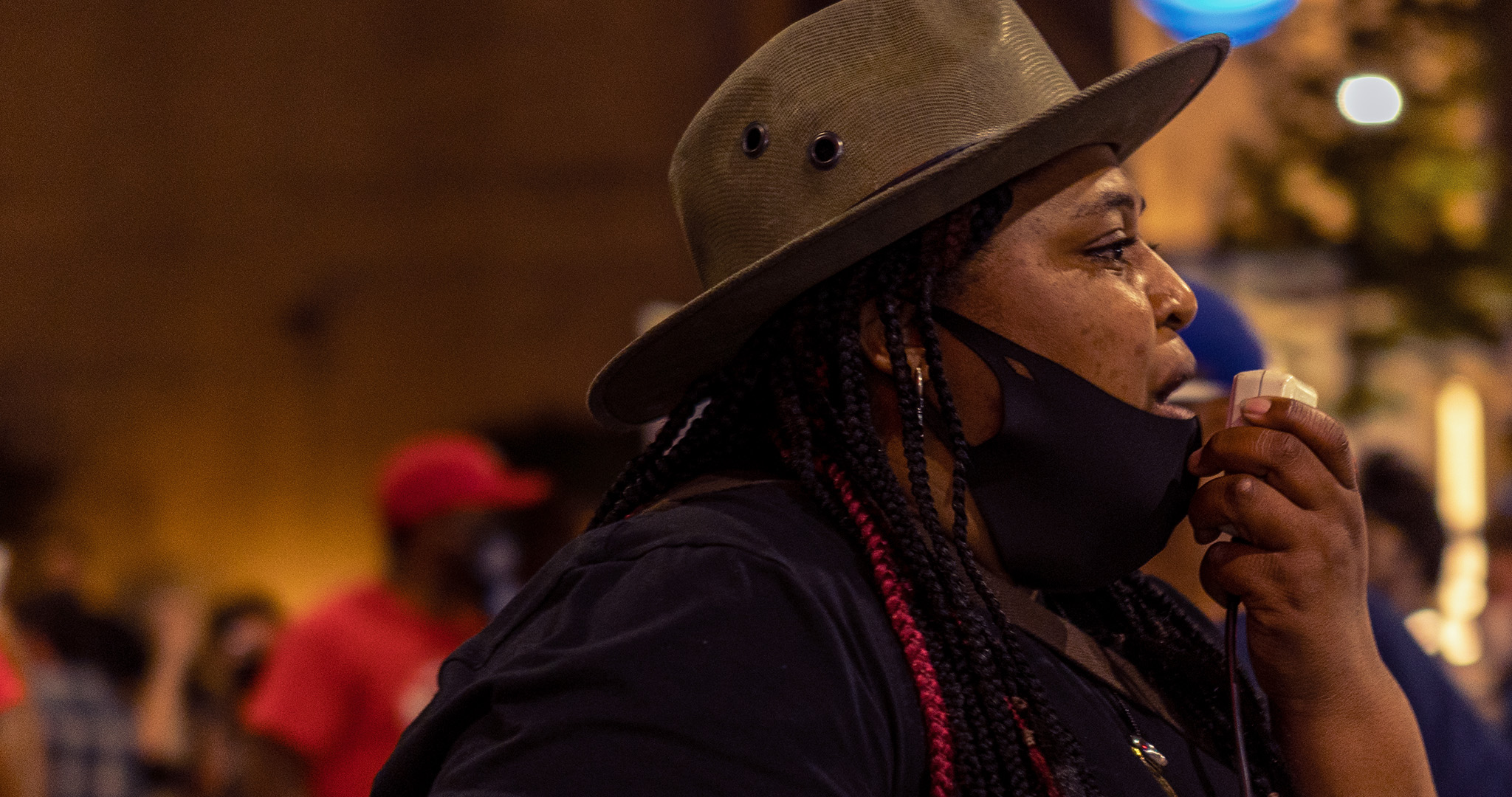 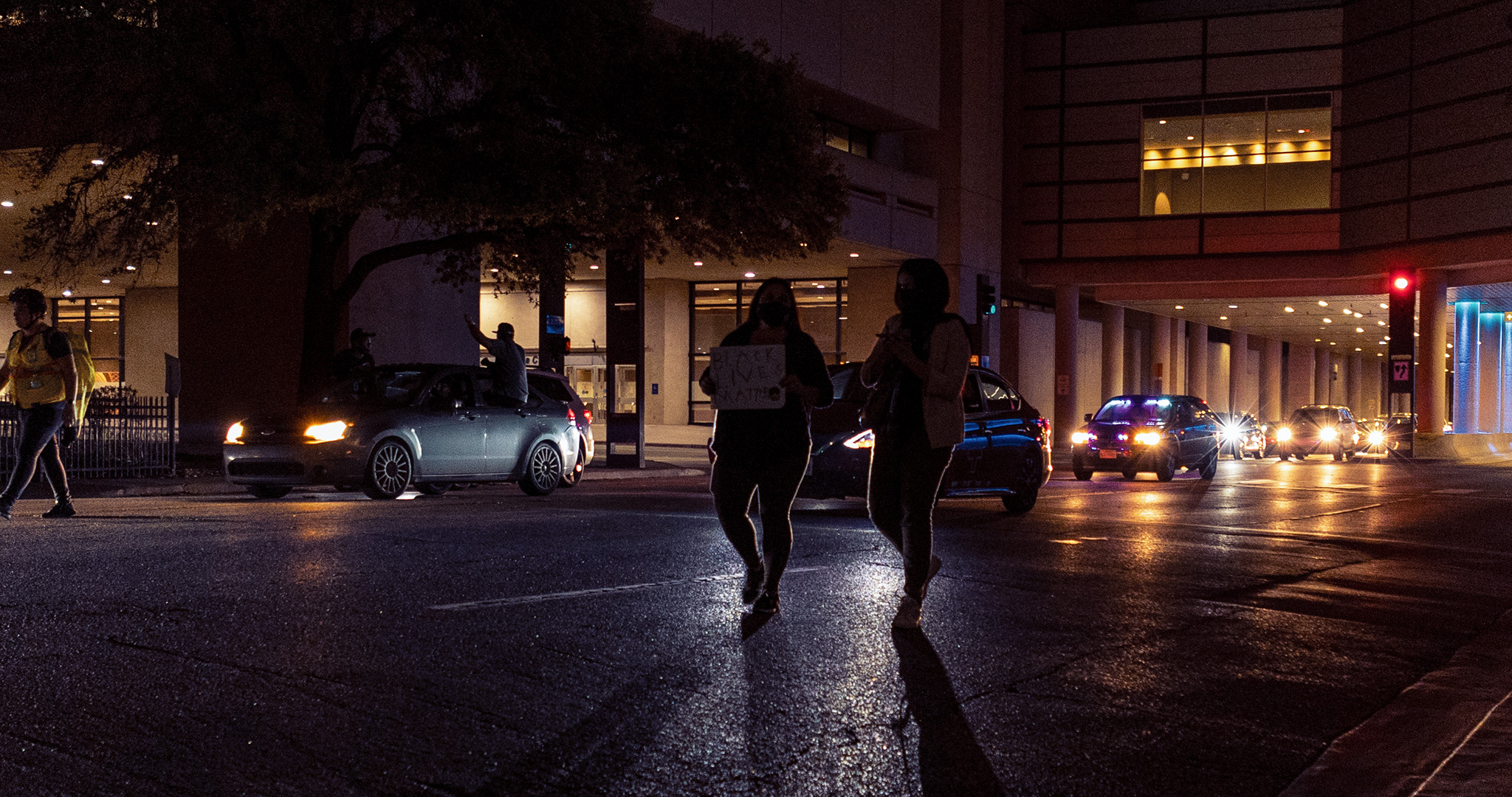 All photos by Jeremy Word.

An exception or two aside, it’s been months since protesters dominated the city landscape as they so tirelessly did for more than 120 straight days last summer.

But in the wake of recent — and far too-familiar — events, some 200 protesters again took the the streets of Dallas on Tuesday night, filling the caverns between Downtown’s skyscrapers with familiar cries denouncing police brutality and calling for reforms.

They had plenty reason to express their continued frustrations.

Over the weekend, a 20-year-old Black man named Daunte Wright was shot and killed by a police officer in Minnesota during a traffic stop that took place in a suburban town mere miles away from where George Floyd was killed last year — and while former Minneapolis police officer Derek Chauvin’s trial for the murder of Floyd was taking place across city limits, no less. Both the officer, a 26-year veteran of the Brooklyn Center police force named Kim Potter, and her chief have since resigned from the department, and Potter has been charged with second-degree manslaughter.

Meanwhile, closer to home, a 26-year-old Black man from Frisco named Marvin Scott III died on March 14 after being pepper-sprayed and placed in a spit hood while being detained at Collin County Jail on a misdemeanor marijuana possession charge — the result of an arrest for his having marijuana on his person, but no more than two ounces of it. Seven corrections officers who oversaw Scott’s detention have been fired for their involvement in his death, but none have yet been charged or arrested for their actions.

In turn, and as was so often the case last summer, disgusted protesters gathered at 7 p.m. in front of the Dallas Police Department’s headquarters — now located on a street named Botham Jean Boulevard, and also a building now under the direction of a new police chief — to demand change as part of an event organized by the Dallas-based Next Generation Action Network.

Following a round of speakers from various local activists, including members of Scott’s family, protesters then continued their efforts by marching throughout Downtown Dallas until around 11 p.m.

It was a scene was a stark reminder of last year’s protests — the chaotic and violent first four days excepted — and it came with a promise of yet more protests to soon come.

When the march returned to DPD HQ at the end of the night, organizers announced plans to host a similar event at the same location this coming Friday at 7 p.m.

Change comes slow, or not at all. But, here in Dallas and across the country, the fight goes on.