On The Sixth Day, Dallas Cops Took A Knee. 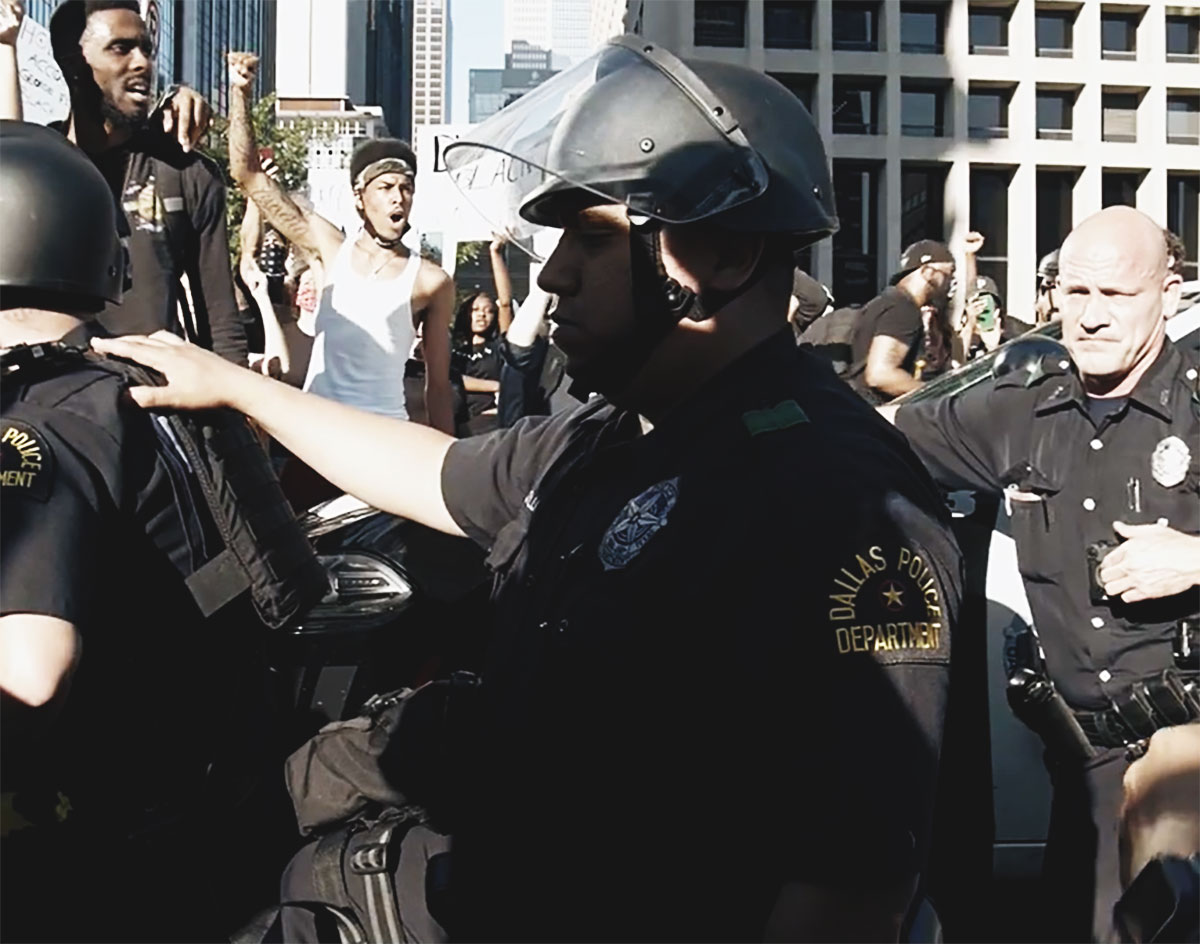 After Days Of Aggression, Excessive Force And Mass Arrests, Dallas Police Took A Knee Before Protesters On Wednesday. Will They Take Real Action Next?

For a full week now — and with no signs of demonstrations slowing down — Dallasites have taken to the streets to voice their frustrations over police brutality.

They have been met by Dallas police with the same force they’ve been demanding be changed.

On Friday night, Saturday afternoon and Monday night in particular, DPD has aggressively responded to overwhelmingly peaceful protests by rolling up in full riot gear — and all too willing to fire rubber (and/or sponge) rounds and tear gas into the crowds, which they have done with impunity to date.

As the week has gone on, tensions have lessened only somewhat, but police do appear to be more sensitive to the perception of their actions.

On Wednesday, the department shared to social media a video showing some of its own ranks joining protesters in Downtown Dallas in taking a knee.

On Friday, meanwhile, a march called “Blue for Black Lives” will disembark from Dallas City Hall at 11 a.m.

Considering how grossly and gruesomely Chief Renee Hall and DPD at large have handled this week’s events across the city — like on Monday night, when law enforcement needlessly arrested 674 of its citizens and co-opted non-police city property to help do so — it’s tough to look at such actions as anything less than concerted public relations efforts for now.

While there were indeed some uplifting police-protester interactions on Wednesday — some of them seen in the below footage captured by Dallas videographer Jeremy Word — it still remains to be seen what actions the department and the city government plan to take in order to heed these demonstrations’ call.

The powers that be remain silent on that front.

Update at 8 p.m. on Thursday, June 4, 2020: DPD has announced it will not be charging the 674 it arrested and detained on Monday night with any crimes.

#BREAKING: Dallas Police Department announces it will drop charges against all 674 demonstrators it arrested on the Margaret Hunt Hill Bridge on Monday night. pic.twitter.com/5LRLxy7vnO