How Dallas Protesters Plan To Beat The Heat. 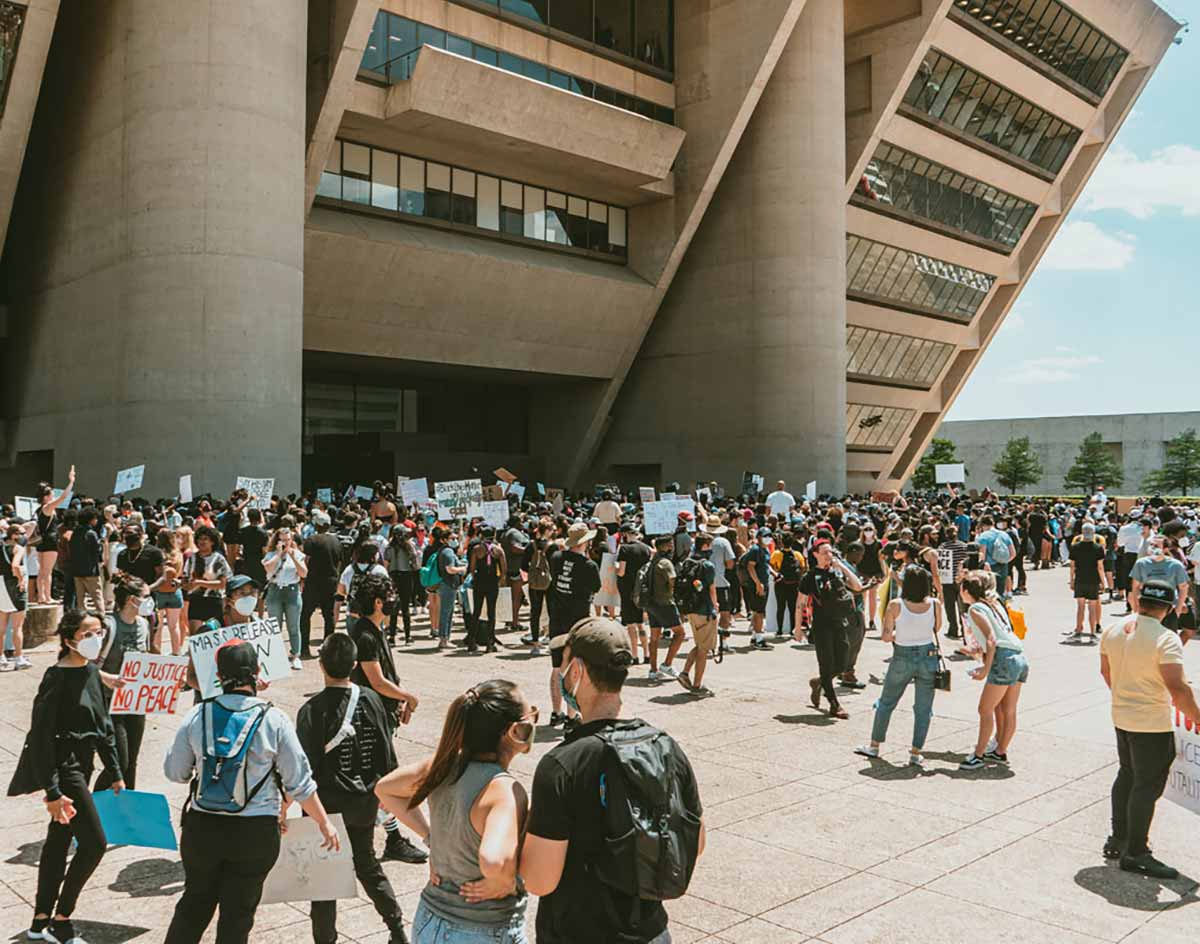 With Heat Indexes Already Spiking Over Triple Digits, We Asked Protesters How They Plan To Keep Marching In The Extreme Texas Summer Heat.

Climate change is upon us.

The Antarctic recently reached triple digits. And, while blistering summer temperatures are nothing new for Texans, recent weather advisories warn that Dallas is about to get as hot as hell — hotter than Death Valley, California, experts say.

For those who mostly remain inside their air conditioned homes, this may mean little other than an expensive energy bill or two. But for the protesters against police brutality who have taken to the streets every day for over a month now, this could be a serious problem.

Already amid these current and ongoing demonstrations, when triple digit temperatures have appeared, protesters have suffered incidents of dehydration and heat exhaustion. Moreover, as temperatures have risen, the average number of participants during the weekday evening marches has waned. (To be perfectly clear here: The protests have not fallen off — nearly 1,000 marched through Oak Lawn this past Sunday — but are now in marathon mode and will need to adapt to the changing summer conditions.)

Organizers such as Tramonica Brown of Not My Son, one of several organizations protesting to defund and reform DPD significantly, has emphasized safety given the forecasted extreme heat.

“Our July 4 march will be relatively short — from City Hall to Dealy Plaza — and there will be hydration stations at both locations, as well as mobile hydration stations on the march,” Brown says. “We will be taking long breaks as well. Going forward, we may need to do more rallies, and fewer marches.”

A medic who chooses to remain anonymous and works with the collectively organized We Take The Streets group, which meets daily at 6 p.m. at City Hall for some of the longer marches through the city, also emphasized marcher safety given the rising temperatures.

“We do what we can to provide adequate amounts of water, encourage proper hydration and monitor the status of protesters throughout marches to check for signs of dehydration,” the medic says. “We have decided the group will reduce the length of marches on days which exceed triple digit temperatures to limit the strain on marchers. We also have ride along cars in the event anyone is too exhausted to finish marching.”

As a reporter who has walked many times with these protests to cover them, I can tell you that these folks mean it when they say they plan ahead: Almost every time, I’ve run out of water and had to rely on the kindness of those who brought excess for more. It is reassuring to know protest organizers are factoring in the real danger of extreme heat, which kills more than hurricanes every year.

Nevertheless, everyone has their limits; if you’re planning to go out to a protest in the coming weeks, please be careful and remember the following:

Also, it should go without saying at this point, but wear a fucking mask. Not only do the protest organizers politely request it, but it is now the law in Dallas County if you are out in public spaces.